Mari Pepin From The Bachelor: Everything We Know 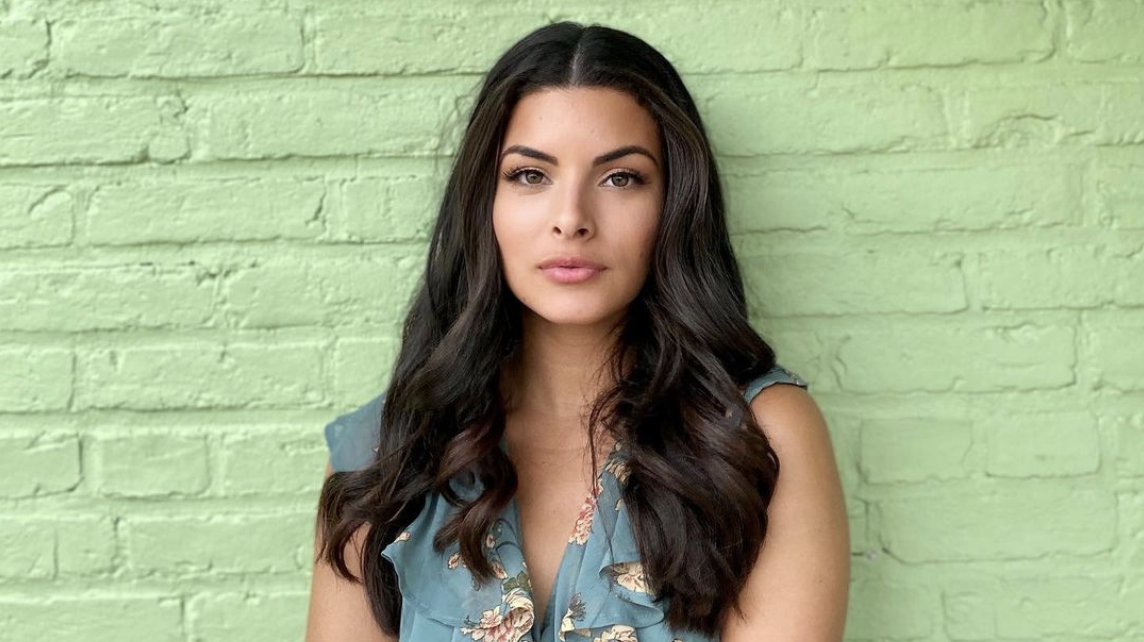 With a massive viewership and dedicated fanbase, ‘The Bachelor’ is a show that needs no introduction. Since the inception of its debut season on March 25, 2002, ABC’s hit reality television series has been giving singletons a fair chance at a serious relationship. On season 25, Matt James became the first Black Bachelor lead of the franchise’s almost two-decade-long history. Naturally, several women came forward to win his heart.

The one who clearly stood out from the crowd is Mari Pepin, who entered the show looking for true love and an intent to settle down. Calling herself a hopeless romantic, she expressed an earnest desire to cook for her partner and become a working mother. Her drop-dead gorgeous face and alluring presence made us curious to know itsy-bitsy details about her life, and here is everything we found out!

Self-admittedly an army “brat,” Mariela “Mari” Pepin was born on April 16, 1996, in Luquillo, Puerto Rico. Her parents’ military background necessitated the family to move every three years, which acquainted her with innumerable cultures. Having lived in Germany, Hawaii, and Maryland, she finds it difficult to call any country her home and even confesses not to have had sufficient time to grow her “roots” at any one place. The now 24-year-old has also visited France and Czechoslovakia and considers Spanish as her first language. 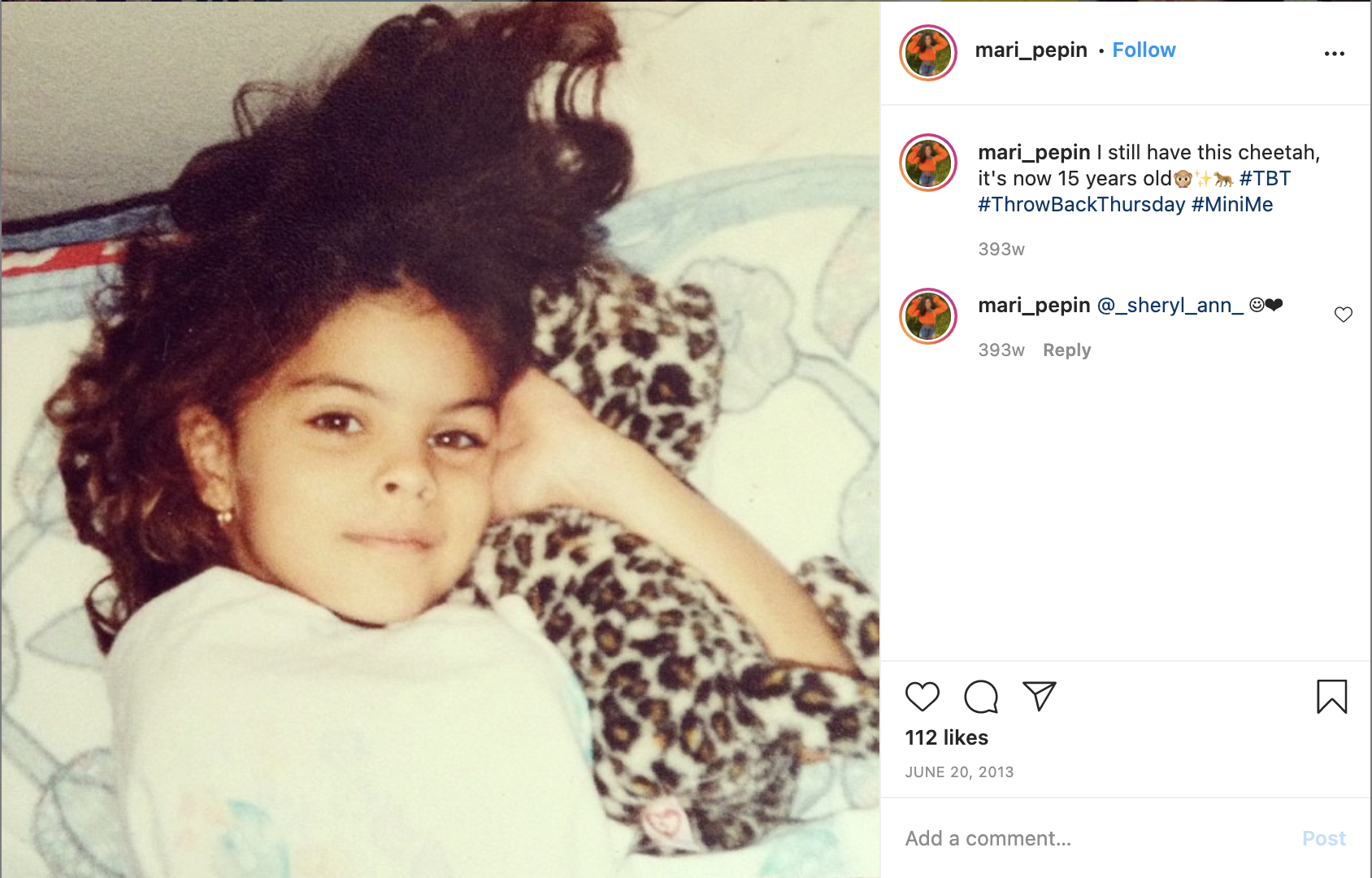 Mari Pepin is the daughter of accomplished parents who hold significant ranks in the United States Armed Forces. With their kind acts of charity, their daughter imbibed the value of helping those in need at a young age. Nonetheless, they didn’t quite manage to provide her an emotionally stable childhood. At the tender age of 9, Pepin saw her parents going through a devastating divorce and her father, whom she is proud of, being deployed to Afghanistan. 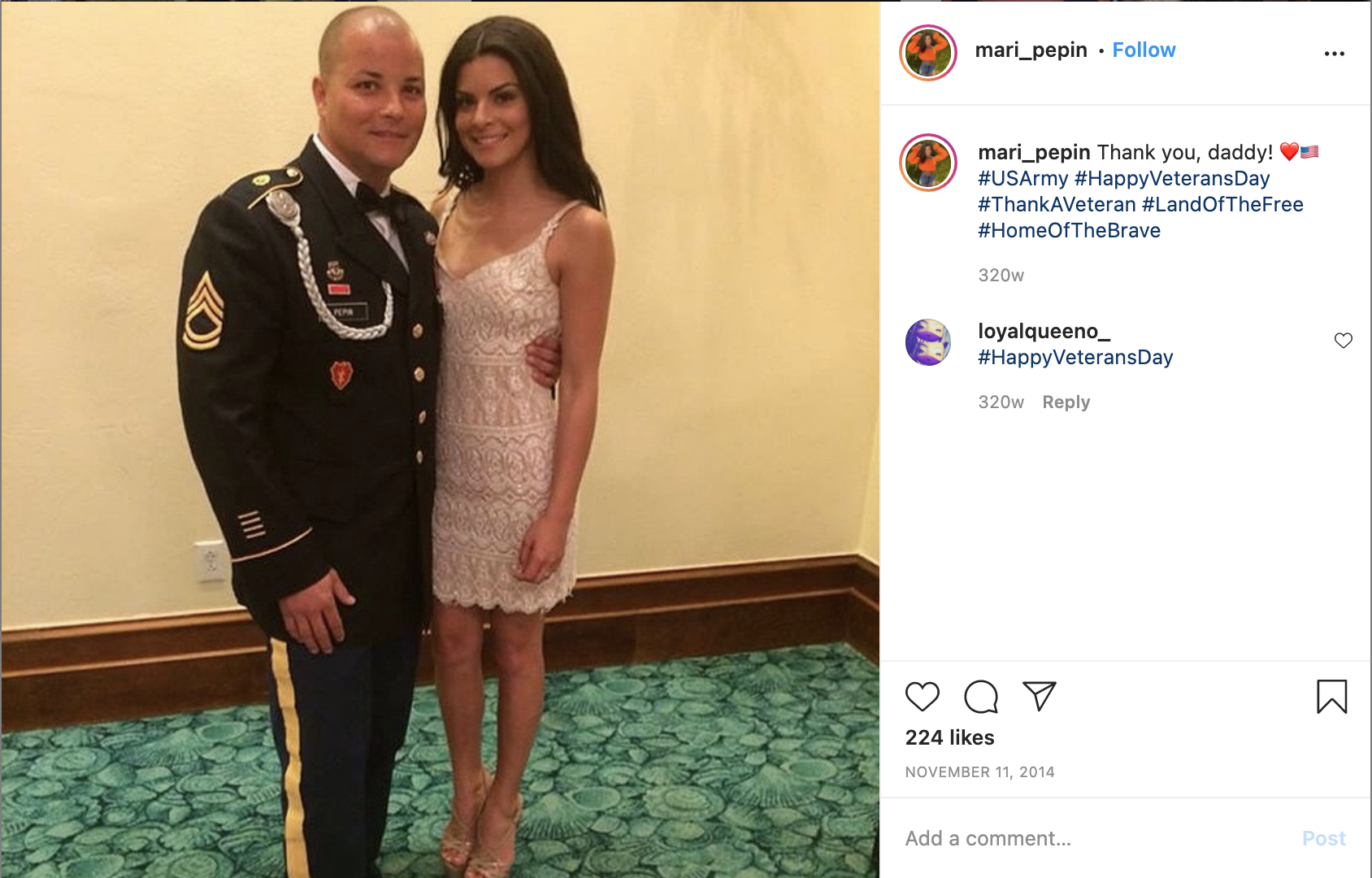 The uncertainty of the situation took a toll on Pepin’s health and she was diagnosed with “an adjustment disorder.” The brave girl, who also has a younger brother, does not speak of her troubled years too often, but when she does, Pepin makes sure to end the narrative on a positive note. She often tells her fans how the frequent relocation of her home base made her “resilient and adaptable.” Pepin’s family eventually settled down in Severn, Maryland, after traveling across the world.

Mari Pepin was academically bright and completed her high school education one year early. After graduating from Meade Senior High School, she earned a Bachelor’s Degree in Communication Studies from Towson University. She initially found it challenging to adapt to the sundry foreign locations, but the silver lining to it was that Pepin got the opportunity to come across new cultures that naturally led her to learn multiple languages, including studying French for seven years and being well-learned in American Sign Language. 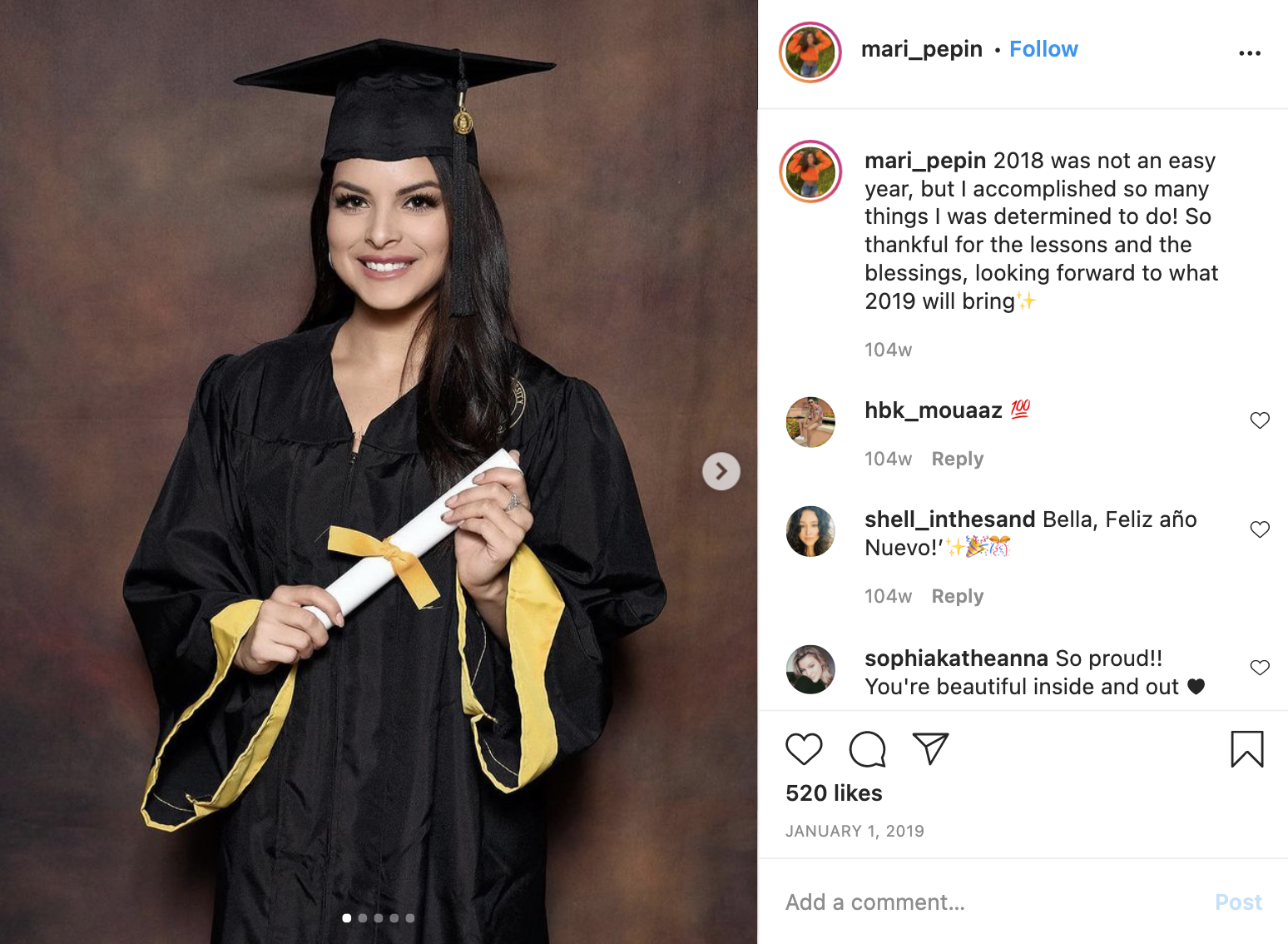 In November 2013, Pepin started working as the lead front desk coordinator at Lash Moi, a salon specializing in providing permanent makeup solutions. After over a year, she got promoted to the position of social media, marketing, and events coordinator at the company. After gaining sufficient work experience for more than four years, she switched to Maryland Plastic Surgery & PURE MedSpa in 2019, taking on a marketing director’s role. 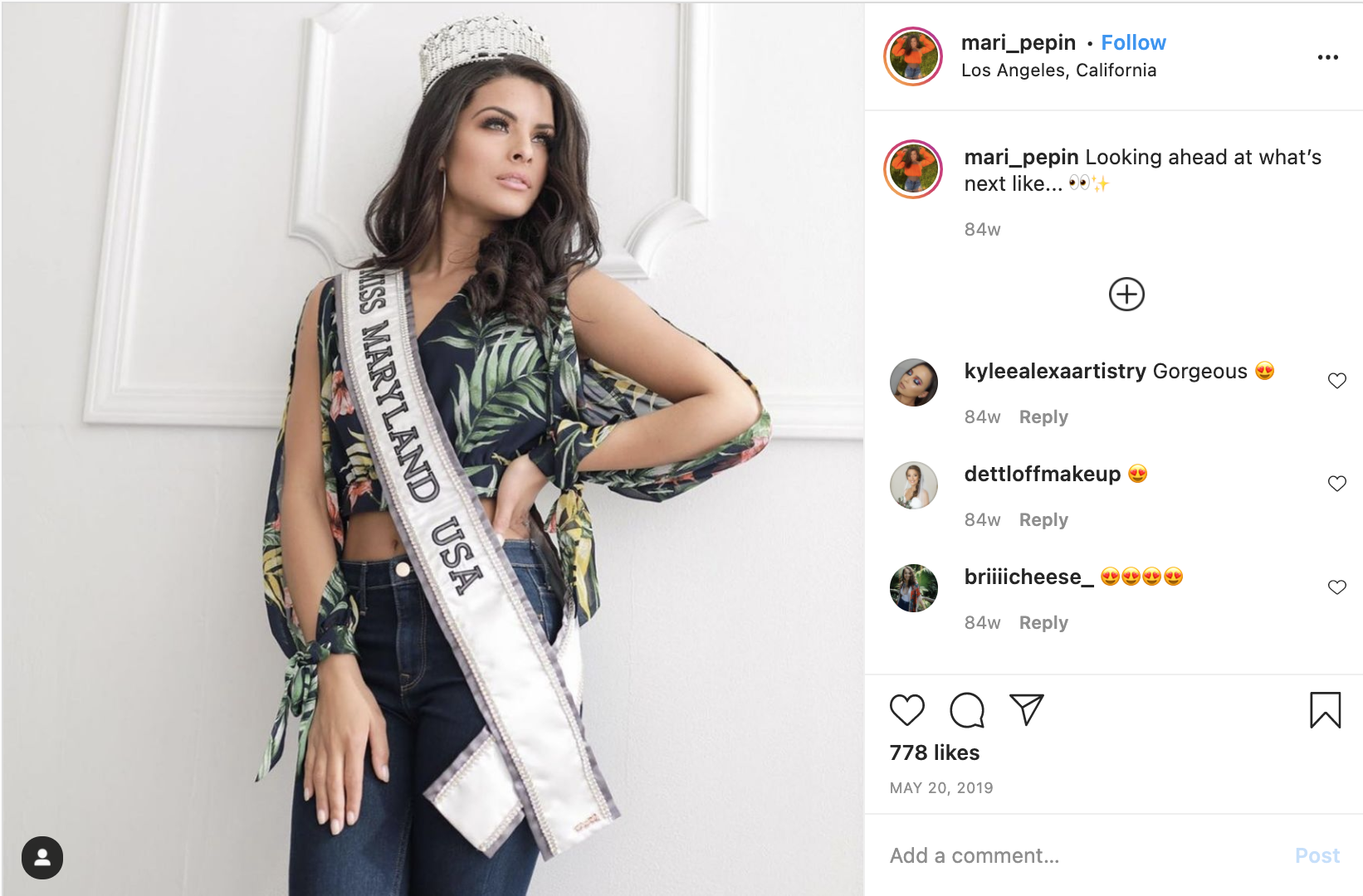 Pepin is truly a beauty with the brains, and she skilfully made the best of both these aspects. Her beautiful face and striking personality won her the Miss Maryland Teen USA 2014, and she landed as the 2nd runner up on Miss Maryland USA 2018. The following year, Pepin was crowned Miss Maryland USA 2019, which made her one of the six women to have ever held both the titles in the state of Maryland. She went on to represent Maryland in the Miss USA pageant the same year. Her confidence and graceful persona won the hearts of millions on season 25 of ‘The Bachelor.’

Read More: Abigail Heringer From The Bachelor: Everything We Know