Investigation Discovery’s ‘Deadly Affairs: Betrayed By Love: Ambushed’ follows the brutal September 1984 murder of Maria Marshal in a picnic area in New Jersey. The episode unravels how an elaborate plot was concocted to kill the victim and how those responsible were eventually brought to justice. Now, if you want to know more about this shocking case, we’ve got your back. Let’s begin then, shall we?

How Did Maria Marshall Die?

Maria Puszynski Marshall was born on March 13, 1942, in Philadelphia, Pennsylvania, to Vincent and Helen Puszynski. She married her high-school sweetheart, Robert Oakley Marshall, and the couple had three sons. They moved to Toms River in Ocean County, New Jersey, where he was an insurance broker and chairman of the Ocean County United Way campaign, and Maria was a socialite and stay-at-home mother. The two seemed to be the perfect couple until things went awry on a night in September 1984.

On September 6, 1984, the couple had gone to Harrah’s Resort & Casino in Atlantic City for an 8:30 PM dinner reservation and to try their luck at blackjack. Both Robert and Maria were blackjack enthusiasts and periodically drove the 40 miles to Harrah’s after finishing all their household chores. They were returning from the casino at around 1 AM the next day and were about 10 miles away from their home when Robert stopped the car due to a flat tire.

As the vehicle stopped at the Oyster Creek picnic area on the Garden State Parkway, the 44-year-old claimed he was knocked unconscious by unknown assailants and woke up to find he had been robbed of about $2,000 and his wife, 42, shot dead. Police reports stated that Maria suffered from two gunshot wounds and was proclaimed dead on the spot by the emergency respondents.

Robert was taken to the hospital and treated for his head injuries before being released the same day. He was questioned by the investigators and stuck to his story of the flat tire, attack from behind, robbery, and subsequent murder of his wife. Although the detectives found his story suspicious, they had no choice but to believe his version of events due to the absence of clues and had to let him go. However, they soon found clues left by the victim herself.

Maria had confided to many of her friends that she suspected Robert of having an illicit affair and had taken the help of a private investigator who confirmed her suspicions. The police found the latter’s lover, a married school administrator named Sarann Kraushaar, by the end of September 7, 1984. When brought in for questioning, she admitted to having a 15-month affair with Robert. Sarann told the police that they had planned to dump their married partners and live together, even renting a love shack on the shore at Beach Haven.

The most critical aspect of the school administrator’s testimony was when she revealed that Robert was neck-deep in gambling debt and was looking to get Maria’s insurance money. Besides, Sarann claimed that he had even told her, “I wish she (Maria) weren’t around. Do you know anyone who would take care of it?” After Robert started having an affair, he bought seven policies worth $1.5 million in his wife’s name.

The insurance broker met Robert Cumber from Shreveport, Louisiana, at a party in May 1984 and considered him a handyman to aid him in his wife’s murder. The latter connected Robert with a Louisiana ex-cop named Billy Wayne McKinnon, and the Toms River resident offered him $65,000 for the murder. He paid Billy the final installment at Harrah’s on September 6, 1984, and a Louisiana burger chef named Larry Thompson shot Maria dead at Oyster Creek.

On September 21, 1984, Robert was brought in for questioning, and he vehemently professed his innocence when presented with the chain of events. However, his defense broke down when he was shown his call records and the Western Union wire transfer receipts from Shreveport. On September 27, 1984, Robert tried attempting suicide by swallowing sleeping pills but was rescued by the police; he had left a suicide note that said he had hired Billy to investigate Maria and not kill her.

Robert was arrested on December 19, 1984, convicted of capital murder on March 5, 1986, and sentenced to death by lethal injection. Meanwhile, Robert Cumber was convicted as an accomplice to the crime and was sentenced to life in prison. In addition, Billy McKinnon pleaded guilty to the conspiracy charge and was sentenced to five years in prison. Surprisingly, the gunman, Larry Thompson, was acquitted due to a false alibi put up by many members of his Louisiana kin. 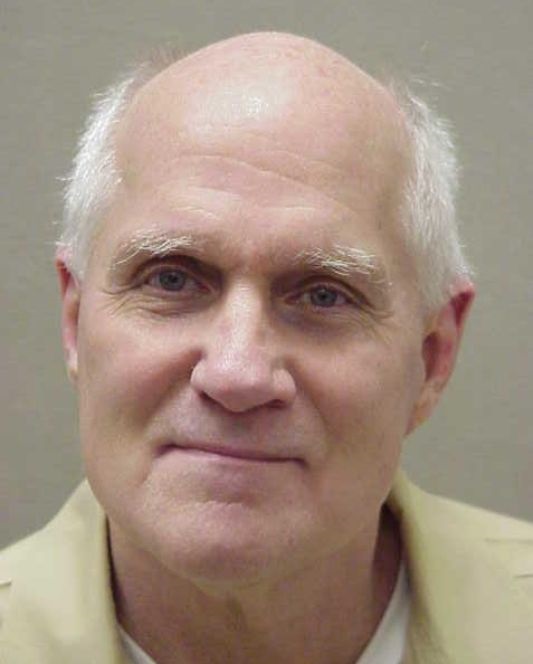 Governor Richard Codey commuted Cumber’s sentence in 2006, and Billy only served a year of his sentence before being discharged. In April 2014, 72-year-old Larry confessed to Marie’s murder while serving a life sentence at the Louisiana State Penitentiary in Angola on unrelated murder charges. Though he could not be sent to trial again due to double jeopardy, his earliest parole date is October 11, 2071.

Robert peppered the courts with appeals throughout his incarceration until one U.S. District Court Judge ruled in April 2004 that he received ineffective counsel during the death penalty trial phase. The Third Circuit Court of Appeals upheld the decision in November 2005. He was re-sentenced to life in prison with the possibility of parole in eight years on August 18, 2006. Robert’s discharge on parole was scheduled in March 2015, but he died in South Woods State Prison in Bridgeton, New Jersey, on February 21, 2015, months after a “debilitating stroke.”

Read More: Who Were Efren Saldivar’s Victims? Where is He Now?