Who Were Efren Saldivar’s Victims? Where is He Now? 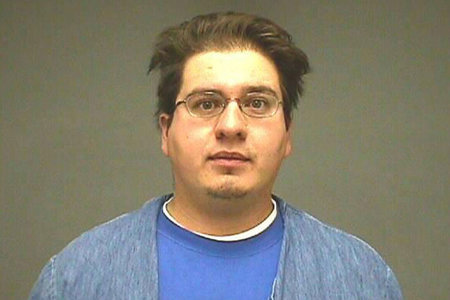 Investigation Discovery’s ‘Shattered: Angel of Death’ follows an American serial killer named Efren Saldivar, who worked as a night shift respiratory therapist at Glendale Adventist Medical Center. He had murdered at least six patients and was suspected of about a hundred more deaths during his tenure from 1989 to 1997. He used to kill octagenarian patients by injecting them with a drug named Pavulon.

During interrogation, Efren had allegedly admitted that he had also been instrumental in the death of patients at other hospitals where he had worked part-time. Now, if you want to know more about the case and the killer’s current whereabouts, we’ve got your back. Let’s begin then, shall we?

Who Were Efren Saldivar’s Victims?

Eleanora Schlegel, 77, had multiple sclerosis and was admitted to the Glendale Adventist Medical Center on December 30, 1996, due to pneumonia. Her health improved steadily, and she was slated to return home by the first week of January 1997. However, she was found dead in her bed on the evening of January 2, 1997, and her death was ruled as “respiratory failure.”

Salbi Asatryan was a 75-year-old American immigrant who was taken to the critical care of Glendale Adventist Medical Center on December 27, 1996. She suffered from troubled breathing and was treated by multiple respiratory therapists till she seemed stable enough. She was soon to be leaving the hospital, yet was found dead in her bed a couple of days later. Her death surprised her family since she was well enough to breathe and feed herself independently.

82-year-old Jose Alfaro suffered from emphysema and was admitted to the Glendale hospital on January 2, 1997, with severe pneumonia. Besides, he suffered from chronic pulmonary and arterial diseases, and the death of the World War II veteran of “cardiorespiratory failure” two days later seemed natural to his family. Not just Jose, even 87-year-old Luina Schidlowski of Glendale was found dead in January 1997 in the Glendale hospital.

Furthermore, Balbino Castro, 87, of Glendale, and Myrtle Brower, 84, of Van Nuys, died under similar circumstances in August 1997, per police reports. By then, the hospital premises were rife with speculations and rumors that the patients were not dying of natural causes but were the handiwork of a possible “Angel of Death.” The workers at Glendale Adventist Medical Center thought the killer was one of the respiratory therapists who worked there named Efren Saldivar.

Where is Efren Saldivar Now?

Efren’s first failure reportedly was Jean Coyle, who would go on to survive her attack. While staying at the Glendale Adventist Medical Center, she had rung up for assistance in the late hours of February 26, 1997, and remembered Efren showing up. Jean later recalled how she had blacked out but eventually regained consciousness. She would not have given it much thought if not for the rumors circulating regarding Efren in Glendale by then.

In April 1997, one of Efren’s colleagues in the respiratory therapy department, Bob Baker, reportedly complained to the former head of the department, John Bechthold, about Efren’s alleged criminal activities. However, Efren’s records showed nothing out of the ordinary, and no action was taken against him. However, his dark secret was revealed weeks later when his colleagues decided to play a practical joke on him. They pried into Efren’s locker on his night off to find some very potent drugs, including Pavulon, used to stop the breathing rhythms of patients who were going onto a respirator.

Moreover, Efren’s colleagues found empty syringes inside his locker. Since respiratory therapists were not allowed to handle such drugs, they finally had evidence against Efren. Nevertheless, they could not complain since they had committed a crime themselves by prying open Efren’s locker in his absence. Word eventually got out when one of the female therapists, Ursula Anderson, confided in a man named Grant Brossus about what they had discovered.

Grant decided to go to the authorities at Glendale Adventist Medical Center in February 1998 to secure a reward. The hospital authorities conducted an internal investigation and handed the case to law enforcement. They brought in Efren for questioning in March 1998. He was released when the police could not find physical evidence of his criminal activities, despite his admitting to the murder of multiple patients during his tenure from 1989 to 1997.

However, Efren was terminated from Glendale, and his medical license was revoked as detectives started working to build a case against him. Throughout the summer of 1999, investigators dug up his potential victims from their graves, and the bodies were examined by pathologists who sent tissue samples from the livers, bladders, and muscles to the toxicology lab. By January 2001, the investigators had the six victims mentioned above, and criminal charges were filed against Efren.

On January 10, 2001, officers arrested 31-year-old Efren Saldivar from his workplace, where he had been serving as a construction worker. He was charged with the murder of six victims and was held without bail. On March 12, 2002, he pleaded guilty to six counts of murder and was handed seven consecutive life sentences without the possibility of parole. Efren is presently incarcerated at the California State Prison in Corcoran.