The mysterious disappearance of Marie Carlson in October 2011 left everyone with many questions. It almost seemed like she suddenly dropped off the planet, and the authorities didn’t get very far initially. Investigation Discovery’s ‘Forbidden: Dying for Love: The Book of James’ focuses on how the police got to the culprit many years later, bringing much-needed closure to the family. So, if you’re curious to find out more, here’s what we know!

How Did Marie Carlson Die?

Marie Jane Carlson was originally from the Philippines. Born in 1974, she loved working in the field of criminal justice. Loved ones described the 37-year-old as someone who loved cooking and karaoke sessions. She had a daughter with her ex-husband, Jeff Carlson, and a newborn daughter with James Flanders, a pastor, at the time of her disappearance. Back then, she lived in Fort Walton Beach, Florida, and was in a polygamous relationship with James and his wife, Tanya.

Marie was last seen on October 17, 2011, by James. About two days later, her loved ones received a mysterious message saying she had left to do what she always wanted to do. This didn’t sit right with the family, and Jeff eventually reported Marie missing on October 24, 2011. Her car was located at the local airport, but the authorities confirmed she never left the area. Then, in 2015, additional information led to Marie’s remains being found buried in the backyard of a home in Fort Walton Beach.

During the initial investigation, the authorities suspected James. Back then, he claimed to have left the house between 6 PM and 7 PM on October 17. Around the same time, Tanya was out with the newborn. But when James came back, Marie was nowhere to be seen, and her car was missing too. Despite that, he never thought to report her missing. The authorities were skeptical of Marie leaving abruptly because her belongings were still at home, and her bank accounts still had money.

However, with no body and no other evidence, the case stalled. About three months after Marie’s disappearance, James and Tanya left with the baby in the middle of the night and moved to Arizona. The case didn’t pick up pace until about four years later, when it was featured on ‘Cold Justice’ in April 2015. This led to renewed attention and additional evidence pointed at James.

The authorities learned that Marie’s phone never left Fort Walton Beach. James eventually confessed to killing Marie in exchange for a lighter sentence and agreed to show the police where the body was. James told the police that he and Marie were arguing about how to take care of their child when he held her in a tight bear hug, not letting go until she stopped breathing. But in an interview with a psychiatrist, James claimed to put her in a chokehold. Then, he buried Marie in the backyard before moving to Arizona, and in 2013, filed for termination of her parental rights.

Where is James Flanders Now? 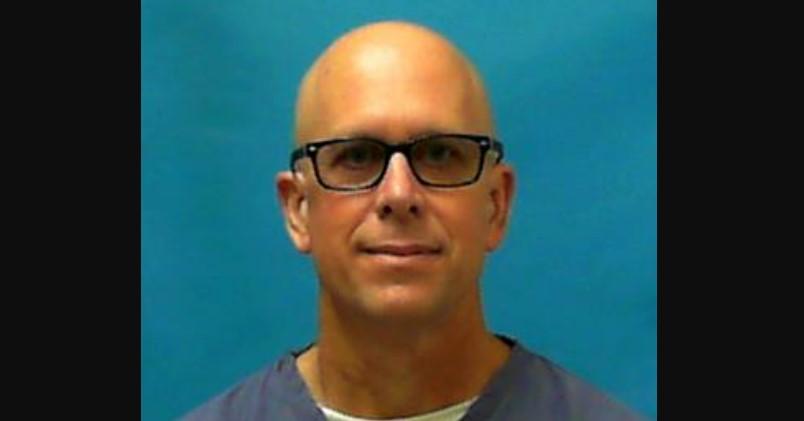 James eventually pled guilty to manslaughter, and in July 2016, he was sentenced to serve 15 years behind bars, the maximum sentence. Then about 47 years old, James said in court, “I never imagined it was within me to fail and fall the way I did in every way at the time of Marie’ssdeath, and in the days and weeks that followed. It would take an act of God for me to forgive James Flanders… My entire life has been a horrible lie.” Prison records indicate he remains incarcerated at the Madison Correctional Institution in Florida. He is scheduled for release in 2028.