Are Mark and Nikki From 90 Day Fiancé Still Together? 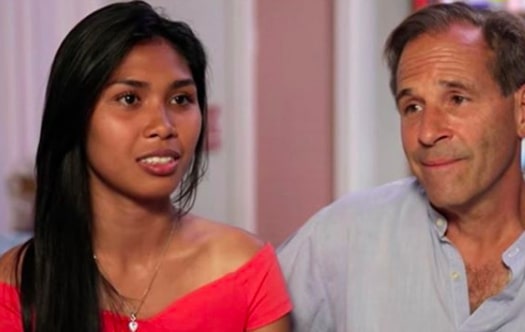 TLC’s ’90 Day Fiancé’ serves as a real testimonial to the endurance of love during hardships. The series that saw its beginning in 2014 has changed the face of reality TV series as we know it. The plot twist to this epic show is the K-1 visa. The acculturation that follows love becomes the ride or die of many relationships. As many seasons keep unfolding, we feel the urge to look back to know how the couples from previous seasons have fared. If you are here to quench that curiosity, keep on reading.

Nikki and Mark are probably remembered by a lot of us due to their age gap difference. The two fell in love online via a dating website. The two seemed very excited about being with each other. Nikki is one year younger than Mark’s daughter. Their age didn’t stop them from committing to each other.

The couple who got engaged with a zip tie saw their fair share of trouble the moment Nikki landed in the US. Everything from getting her acclimated to a new country to buying her a car was a thing of much fascination for the audience. To some of the viewers, Mark could have come across as a bit controlling. In any case, the two went ahead to tie the knot and keep their romance going. Mark, having raised his children after his wife left him, saw his second chance at happiness when he met Nikki.

Mark and Nikki: Are They Still Together?

Mark had a fall off with the show and its audience when there was a circulation of rumors regarding him being controlling in the relationship. In addition, one of the other reasons this may have looked odd is perhaps due to their age difference and the fact that both Nikki and hi ex-wife are from the same city in the Philippines. To add to this, we might clearly remember the time when Mark gave Nikki the same car he had given to his ex-wife. If this wasn’t bad enough, he also scolded her for leaving fingerprints on the window of the car. Even though this might have given the audience an impression that Mark is controlling, the couple seemed to do just fine.

The two are visually not on any social media at the moment. They also didn’t make it to the spin-off series that go back to the mainstream seasons’ couples. All in all, their whereabouts are a real mystery to most. Nikki, who is the only one to hold an Instagram account, isn’t active at all. All her posts are pictures of herself from several years back. This, however, has not stopped the show’s viewers from heading over there to post comments. They range from worry about their lack of appearance anywhere to optimism and opinions on them as a couple. One of the users commented:

“ are you okay? Mark reminds me of my creepy ex-boyfriend… So narcissistic. Terrible. You deserve better!”

While it makes sense that this kind of skepticism may have made them withdraw from social media altogether, it is sad to see that we have no news regarding them. However, some rumors on Reddit state that these two are indeed together. In any case, there hasn’t been any evidence to confirm or reject the fact that they are together. So, let’s just assume they are indeed making it work.

Read More: Are Eric and Leida From 90 Day Fiancé Still Together?