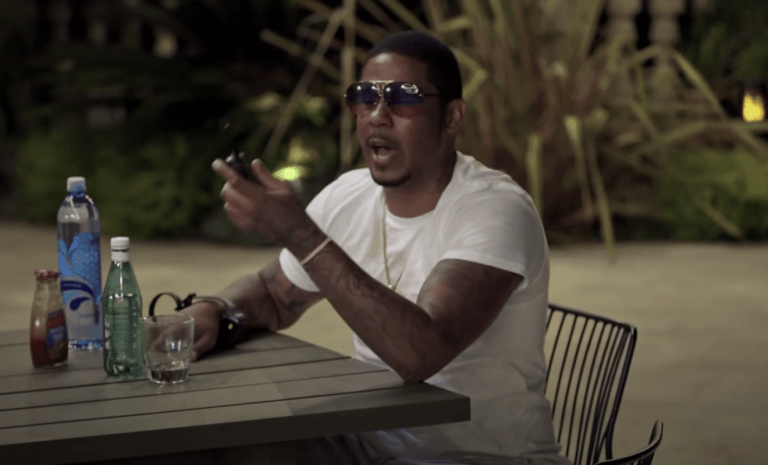 Decision day is just a week away for the couples in ‘Marriage Boot Camp: Hip Hop Edition’. Yes, following the penultimate episode that dropped this Thursday, the ongoing season is wrapping up with its finale in the coming week. However, the pre-finale is a hot mess as it sees the couples gearing up for the infamous lie detector test, which makes everyone nervous. While Hazel-E and De’Von end up having an explosive argument, Tahiry confronts Vado about their physical altercation. Head to the recap section, to know more. In case you are updated and are looking for the details of ‘Marriage Boot Camp: Hip Hop Edition’ season 17 episode 10, we have got your back!

The finale is titled “Vow or Never.” Its official synopsis gives us more insights into what can be expected from the episode. It reads as follows: “The lie detector results wreak havoc on the house; a fight erupts before couples are forced to make their final decisions; Tahiry surprises Vado with a powerful revelation.”

You can watch ‘Marriage Boot Camp: Hip Hop Edition’ season 17 episode 10 by tuning to We TV at the above-mentioned time. You can also catch the show on We TV’s official website and the We TV app. If you don’t have a cable subscription, you can watch the show on Fubo TV, DirecTV, Sling TV, and Philo Tv. You can also purchase the episodes of the previous seasons on Amazon Prime.

‘Marriage Boot Camp: Hip Hop Edition’ season 17 episode 9 is titled ‘Truth Hurts’. The couples wake up and get ready for the lie detector day. Of course, everyone is nervous. As the dynamics get tenser, Hazel threatens to throw a drink on De’Von. The fight gets so ugly that security needs to intervene. Dr. Ish summons all the participants to the living room where Vado is also present. Hazel is excused from the exercise. Judge Toler explains the lie-detecting process and collects the questions that the stars want to ask their partners.

Half the group gets strapped into their lie detector equipment while the rest wait outside. Vado expresses his remorse for his actions while Medina says he wants a s*xual relationship with Phaedra. Meanwhile, De’Von and Hazel discuss their previous argument. Following the lie detector tests, Medina is skeptical about his relationship while Willie and Shanda are still nervous. Later, Judge Toler informs everyone that three of them had deception detected but does not reveal the names. They then get a “hall pass” before their final night. The men head to a certain club and the girls go to another club. The ladies are happy after the night out but the guys appear a bit subdued. On the bus on the way back to the camp, De’Von throws-up on himself. It is revealed that he has blood on his pants. But the reason is not unraveled. We will get to know the details only in the upcoming finale.