Where Are Married At First Sight Season 9 Couples Now? 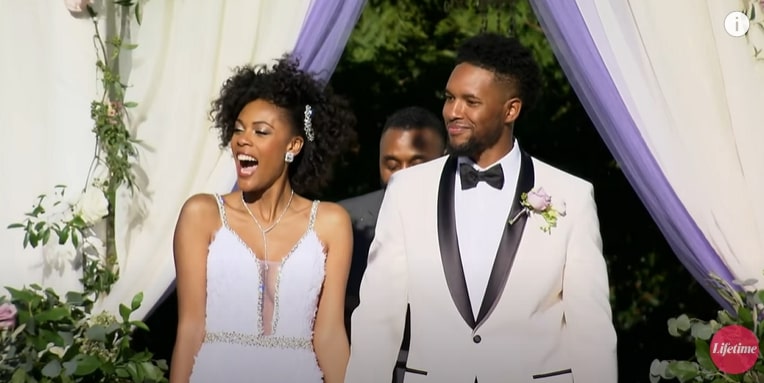 While some people find love unexpectedly, some go to great lengths to find their soulmate, and that is exactly where ‘Married at First Sight’ comes in. Based on a Danish series of the same name titled Gift Ved Første Blik, the series features single individuals desperate to find love be paired up by relationship experts, after which they must immediately get married.

After getting married, going on their honeymoon, and then spending eight weeks living together, the couples must decide whether or not they want to stay together. Season 9 of this series featured four such couples from Charlotte, North Carolina, and if you’re wondering where they all are now, then you’ve come to the right place. Keep on scrolling!

The 27-year-olds Iris and Keith probably had the smoothest beginning to their relationship. With Iris being a virgin and saving herself for marriage, the experts were completely right in picking a caring and chivalrous man like Keith for her. Not only did the two have similar values and beliefs, but they shared similar future goals as well. Their honeymoon and eight weeks passed in marital bliss with hardly any fights, and Iris even helped Keith cope with his grandmother’s death.

But intimacy proved to be a major issue for the couple. While Iris said yes for her final decision, Keith admitted that he wasn’t ready for the responsibility of being Iris’s “intimate foundation” or to be a husband. He even said that he didn’t think Iris was ready to be a wife either, so they broke up.

Because the state of North Carolina only allows a couple to get divorced after a year of separation, Iris and Keith are still technically married. They have, however, both got closure and don’t remain in touch. According to Iris’s Instagram, she has started modeling and is working with different brands to become a fashion influencer of sorts. Keith, on the other hand, is enjoying his life by traveling and spending time with his family.

Elizabeth and Jamie’s relationship is probably one of the most memorable ones on ‘Married at First Sight’ thanks to their fiery and argumentative tendencies. Even though cameras were documenting their every move on the series, the couple didn’t shy away from arguing about their sex lives. They even made the phrase “Basic Caucasian Sex’ famous. Considering how much he pushed for sex, Elizabeth thought that Jamie was just interested in a physical relationship rather than developing an emotional connection with her. So, it was a surprise when both individuals said yes at the time of their final decision.

It turns out that the two did a lot of self-evaluation and soul searching to come to the decision to stay together. And thank god for that, because the adorable couple is still married and they seem happier than ever. They frequently post pictures on their social media accounts about the vacations that they have been on and continue to appear on the various spin-offs of the original show to keep us updated with what they’ve been up to. Elizabeth and Jamie even have their own YouTube channels, so make sure that you check them out there.

Like every other couple, Deonna and Gregory had their own slew of problems on the reality TV series. After being single and extremely independent for ten years, Deonna struggled a lot to open up to her husband. But Gregory, not one to shy away from conflict or take no for an answer, was able to break down her walls during their time together, resulting in the pair forming such a deep connection that they had to say yes during their final decision time.

The couple celebrated their very first wedding anniversary in March 2020 and did the traditional thing by eating the top layer of their wedding cake on that day. Looking more in love than ever, Deonna and Gregory are not only partners in life, but business partners as well. They recently launched a clothing brand called Akpesin, which means a good life. According to Deonna’s Instagram bio, the couple are also parents to a furry baby.

Are Amber and Matt Still Together?

The 27-year old middle school teacher and the 31-year-old ex-basketball player developed an instant connection when they first met, and it genuinely seemed like they were made for each other. But that all quickly changed when Matthew started spending less time with his wife and more time in bars or clubs. He decided that his wife was too clingy and had even started leaving his wedding ring at home when he used to step outside. And when the cheating came forth, they both broke things off on Decision Day.

It turns out that the couple is technically still married! Not because Amber wants to give their relationship a try but because Matthew refuses to sign the divorce papers. Fortunately, from her Instagram, it looks like that hasn’t stopped Amber from finding herself a new man. Not a lot of information is known about her current love interest, but she definitely looks happier than ever. Matthew, it seems like, is working in the financial services in New York City.

Read More: Where Was Married At First Sight Season 10 Filmed?