Married at First Sight S10: Which Couples Are Still Together? 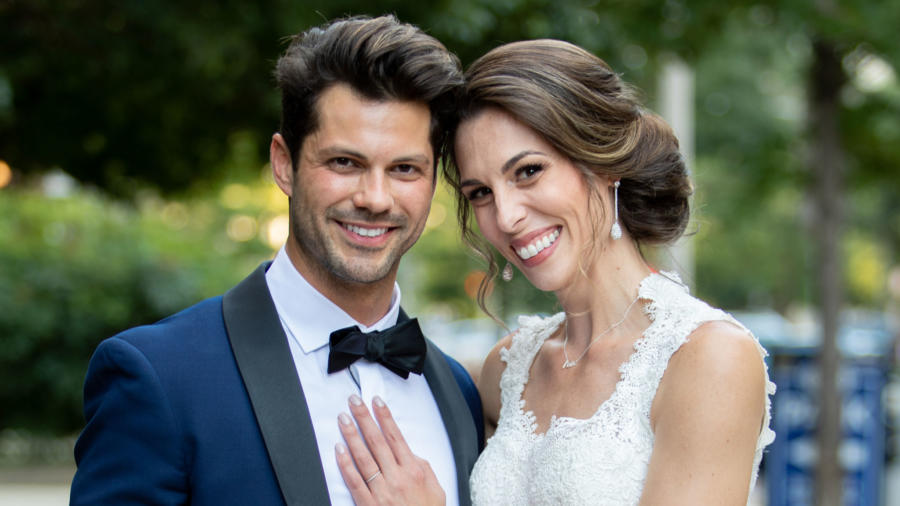 What makes a good marriage? Is it the chemistry between partners? Can this chemistry be logically predicted, to make marriages work? Or, is there something more elusive, in a perfect marriage, that cannot be forced externally? ‘Married at First Sight‘ raises these questions, where couples are paired up by relationship experts, and they get married the first time they meet.

Currently, the show is on Season 10. Over the seasons, we have seen that the experts do not always guarantee a good marriage since some couples have split up, while others have gone on to start their own families. Naturally, you might be wondering about which couples are still together in Season 10, and who have split up. We have you covered in that regard.

Taylor Dunklin is a Pittsburgh born woman, who grew up in Maryland with her mother, who is her biggest role model. Notably, Taylor believes that her mother has played a huge role in making her the woman she is, now. Taylor ended a serious relationship, in 2018, to focus on discovering herself. However, she felt ready to settle down at the start of Season 10.

As for Brandon Reid, he comes from the U.S. Virgin Islands. However, the family loving man grew up in DC. Since his family is very important to him, all Brandon wants out of a woman is that she share his values, and puts family first. You can check out a post of the couple below.

Before meeting each other, Brandon confessed that he hadn’t been able to find the right woman on his own, and was trusting the experts. Taylor also noted that she was missing a spouse, and was waiting for a partner with open arms. However, according to a source close to the couple, their relationship is an intensely love-hate based affair.

On January 2, 2020, Brandon filed for an annulment, as per court documents obtained by People. Lifetime, the network where the show airs, also commented that not all unions end happily. However, this is the first time that a couple has had such a public split, while the show is still airing.

Jessica Studer and Austin Hurd is probably the couple to root for this season. Jessica grew up on a Christmas tree farm in Ohio. Her family includes her parents, older brother, and identical twin sister. Jessica wants a long-lasting relationship like her parents, who have been married for around three decades.

Austin hails from Maryland. His parents are still together, and he had a happy childhood. However, he didn’t think he found the special one until he met Jessica. The two have hit it off in Season 10. Their chemistry is undeniable and they share similar values. Jessica, the nursing manager, and Austin, the network engineer, have moved in together in DC. You can check out their post, below.

Despite the complete smooth sailing, the only bump the couple has faced is that Austin makes much lesser than Jessica. While neither of them is letting this get to them, right now, a festering disappointment over unequal incomes has torn love stories apart, before.

Mindy’s parents taught her everything about love, though they divorced when she was 10. She is ready to meet Prince Charming, and it just might be Zach, the Georgia boy, who comes from a tight-knit Southern family. Coupled with traditional values, seeing his parents divorce, and remarry, has shaped Zach’s outlook on life and love.

However, the two have reportedly split up due to Zach’s infidelity. He got close to Mindy’s friend, Lindsay, during filming, which led to a possibly emotional affair, causing the split.

Katie hails from Virginia, and her parents are divorced. She is careful about choosing her partners. Her father is her closest friend, and her three brothers are her heroes. Katie knows what she does not want out of a relationship. Derek, who grew up in Maryland to a military family, might make the cut. His parents are divorced, but they raised him to value family, shaping his views on marriage.

While the couple are still together and find each other attractive, they might end up breaking things off. This is mostly because Katie’s ex-boyfriend has reached out to her, putting her in two minds about staying with Derek. It remains to be seen what happens in the upcoming episodes of ‘Married at First Sight’.

Meka grew up in Baltimore and is the oldest of five kids. Raised by a single parent, Meka struggled to know her self worth for a long time. However, now, she is ready for a relationship. Meanwhile, Michael lost his mother early on and was raised by his aunt and cousin, in Washington DC. Their small family has stuck together, and he is prepared to include a new member, by getting married.

However, their relationship has run into problems as you can see below.

Reports from fan accounts have suggested that the two split up by the end of the season. While the reasons for this have not been declared yet, Meka had spoken early in the season, saying she did not exactly find Michael physically attractive but went into the relationship with an open mind.