MAFS Season 14: Where Are They Now? Who Are Still Together? 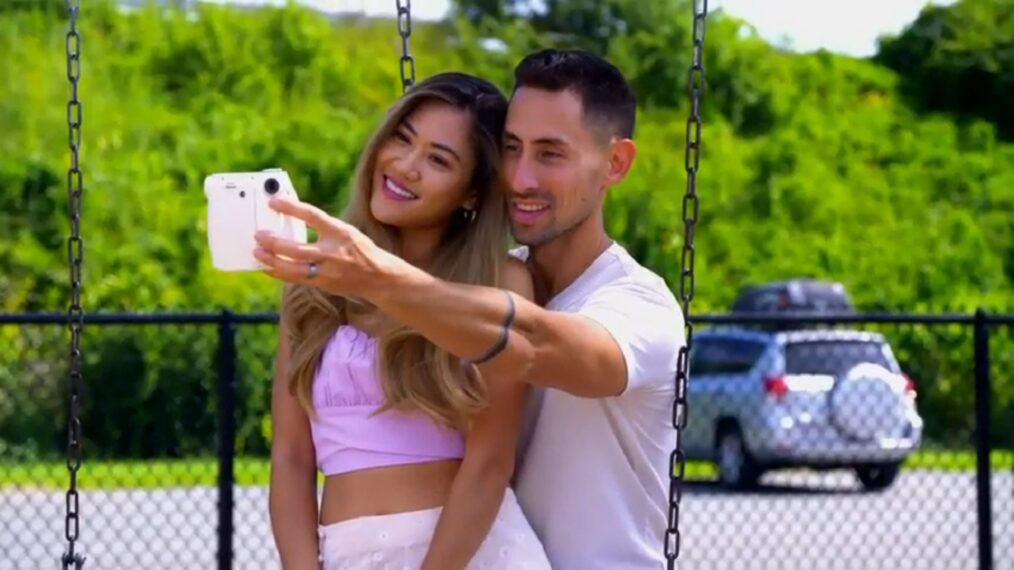 ‘Married At First Sight‘ tries to test the practicality of arranged marriages through its exciting premise of coupling up two singles who have never met before. While relationship experts have their pick from a group of unacquainted singles when making compatible pairs, the participants meet directly at the altar where they are married and sent off on a lavish honeymoon. Later, the couples are also allowed to ease into everyday life in order to put their marriage to the test. However, the ultimate decision to stay married or split up remains in the hands of the participants.

‘MAFS’ season 14 graced our screens with the perfect blend of romance and drama that the series is known for. Additionally, it also gave us the opportunity to follow five promising couples on their journey through marriage. However, with the season finally behind us, fans are quite curious to know where the participants are at present. Let’s find out, shall we?

Where Are Chris Collette and Alyssa Ellman Now?

Chris Collette and Alyssa Ellman’s marriage seemed doomed from the start, as the latter was quite disappointed in the match the experts arranged for her. Right from the beginning, Alyssa seemed extremely disinterested in her husband and was even hesitant to say her vows at the altar. Although she finally went through with the ceremony and even agreed to go on a honeymoon, Alyssa’s behavior towards Chris did not change in the slightest bit. 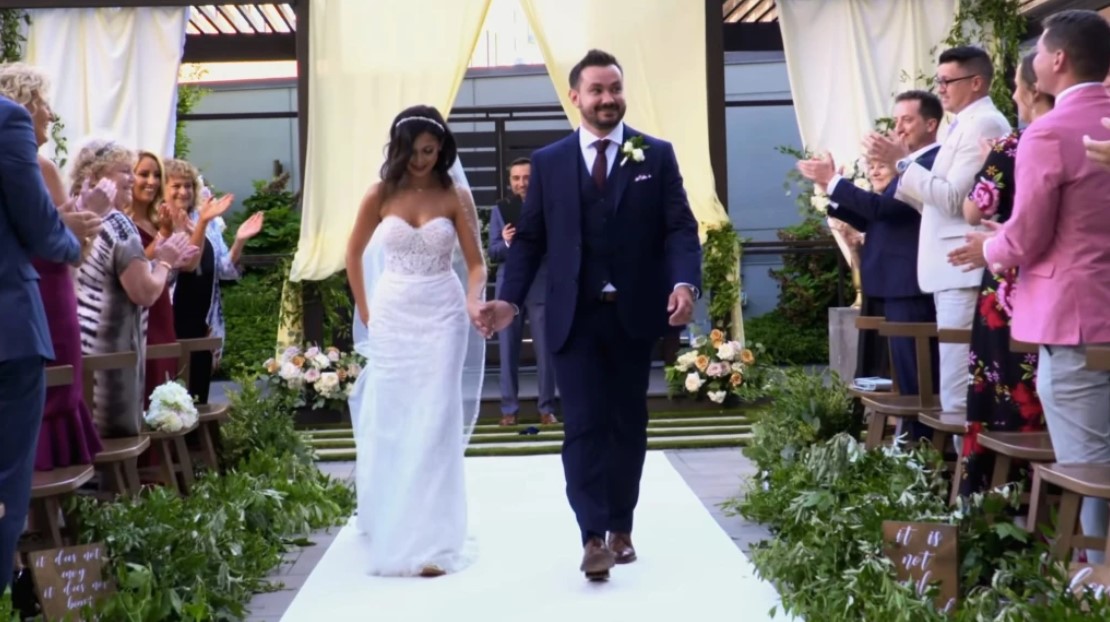 Accordingly, just 10 days after tying the knot, both Chris and Alyssa agreed to sign a divorce and go their separate ways. Later, Alyssa mentioned that she heard from Chris’ groomsmen how he could be condescending at times, which was a massive red flag to her. Moreover, once she realized that the experiment was not going in her favor, she began panicking and lost control of her own self. Although the two prefer to be private regarding their personal life at present, we can confirm that their relationship is a closed chapter.

Where Are Jasmina Outar and Michael Morency Now?

Although Jasmina and Michael’s wedding ceremony concluded without a hitch, the two found themselves in a strange predicament when they barely spoke for the first month. Michael heard his wife claim he was aggressive, but he was unable to process the information and had no idea how to solve the issue. Thus, he decided to stay silent, and the pair barely got to know each other. Yet, thanks to a couple’s exercise, the two finally got to connect and get comfortable with each other. Surprisingly, the pair made up for the lost time, and once decision day rolled around, they decided to stay with each other.

Unfortunately, their marriage did not last, as Michael mentioned that about two and a half weeks after decision day, he called his wife to ask for a divorce. In the season reunion, Michael claimed he wanted the marriage to work but felt like Jasmina needed an out. Although Jasmina refuted this claim, she revealed that she gave up on hope after the two found themselves in an intense argument after Michael blamed her for not putting in an effort. At present, Jasmina seems to be living an independent and happy life, while Michael revealed that he has been dating and is on the lookout for a partner.

Where Are Olajuwon Dickerson and Katina Goode Now?

Initially, Olajuwon faced a lot of criticism from experts as well as fans for his allegedly archaic views on marriage. He expected his wife to cook and clean every day and was also concerned about her degree as it might come in the way of his desire to start a family. Additionally, he also seemed unsupportive regarding Katina’s ambitions and was more concerned about getting to fulfill his travel plans. However, weeks into the experiment, he finally realized his mistake and began changing himself for the better. Moreover, he even apologized to Katina, and the two decided to stay together on decision day. 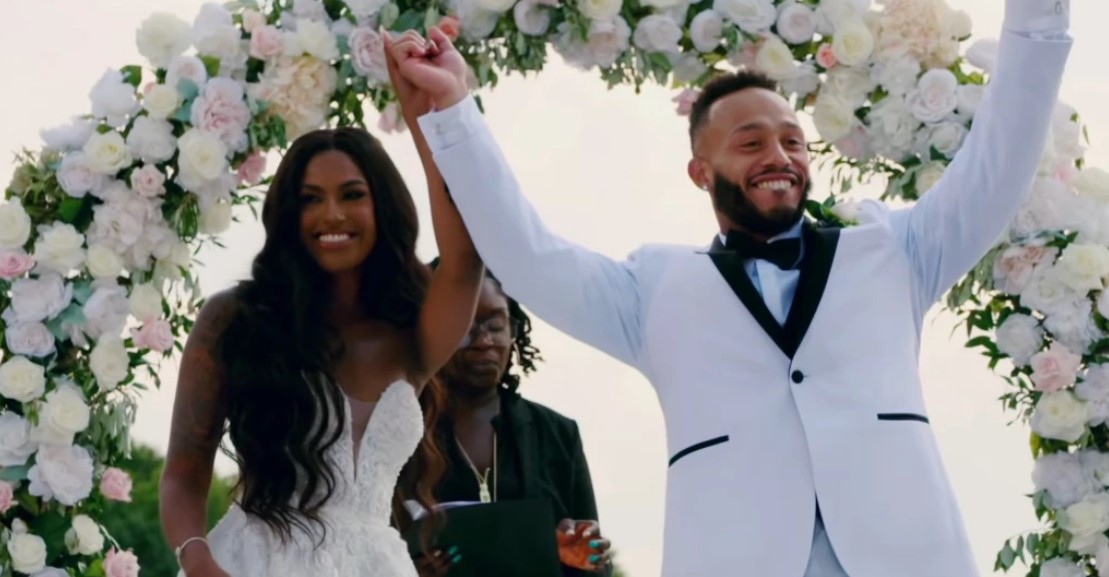 Well, fans would be glad to know that Olajuwon and Katina were able to work out their differences and are still leading a happy married life. During the reunion episode, Olajuwon apologized for the second time on national TV and expressed his love for his wife, saying, “You taught me patience and effort is the key to a happy life and a happy marriage. Katina, I couldn’t be any happier to call you my wife, and I mean that.” Additionally, he even presented her with a ring, making Katina tear up in happiness.

Where Are Noi Phommasak and Steve Moy Now?

Although Noi and Steve were quite invested in each other as a couple, the former had doubts about their financial security once she learned of Steve’s unemployment. Nevertheless, she put her trust in the experiment and decided to see how things pan out. Throughout their time together, the couple seemed eager to keep each other happy, although they did face a few issues in communication. Still, after working on their problems with a positive goal in mind, the two were able to stay together come judgment day. 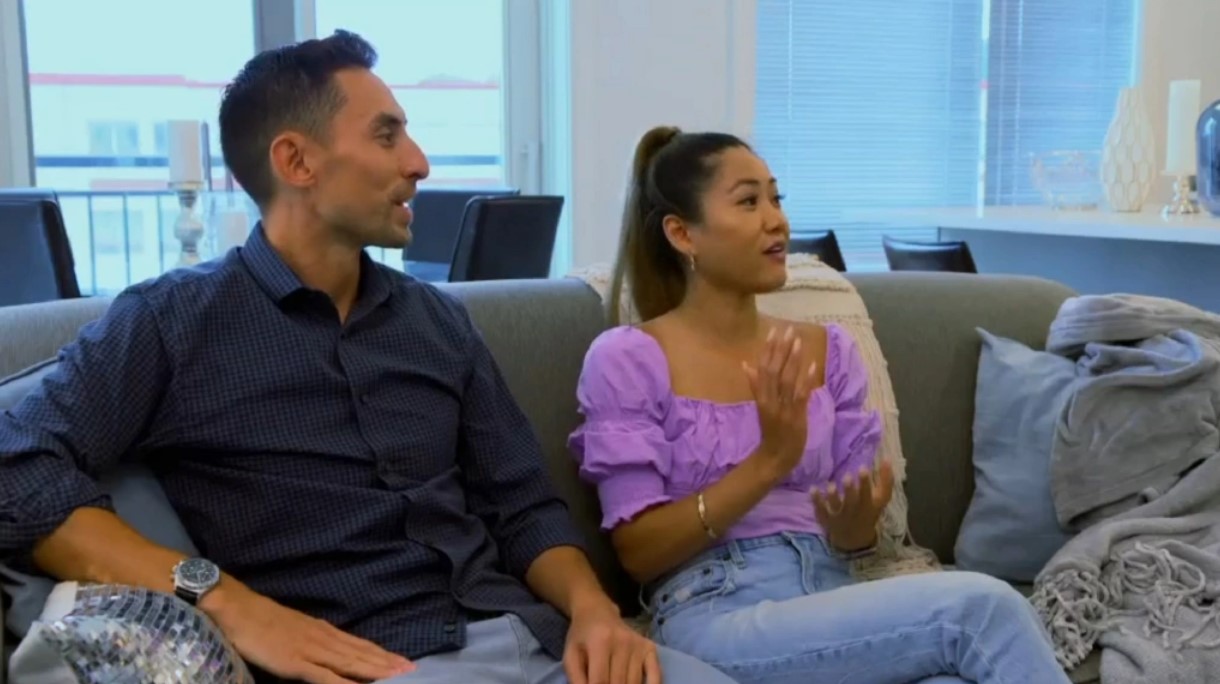 We are happy to report that Steve and Noi are together and still going strong. Although they moved in together after filming wrapped, Noi still has her old apartment and uses it to spend a night of solitude whenever the need arises. Besides, she even revealed her fears regarding their finances vanished when Steve proved he could provide for them both. On the other hand, Steve stated that they have reached a level of understanding which allows them to feel comfortable with whatever their significant other wants or needs. It is lovely to see Steve and Noi’s relationship blossom, and we wish them the best for the future.

Where Are Mark Maher and Lindsey Georgoulis Now?

When Mark met Lindsey for the first time, he felt like she was not his type. Yet, he refused to entertain such thoughts and instead put his trust in the ‘MAFS’ experts. Interestingly, the two even seemed to connect during their wedding ceremony, and their future seemed promising. However, weeks into the experiment, Mark decided to take things slow, which did not sit well with Lindsey. Subsequently, the two found themselves in petty fights that worsened as the days rolled on. 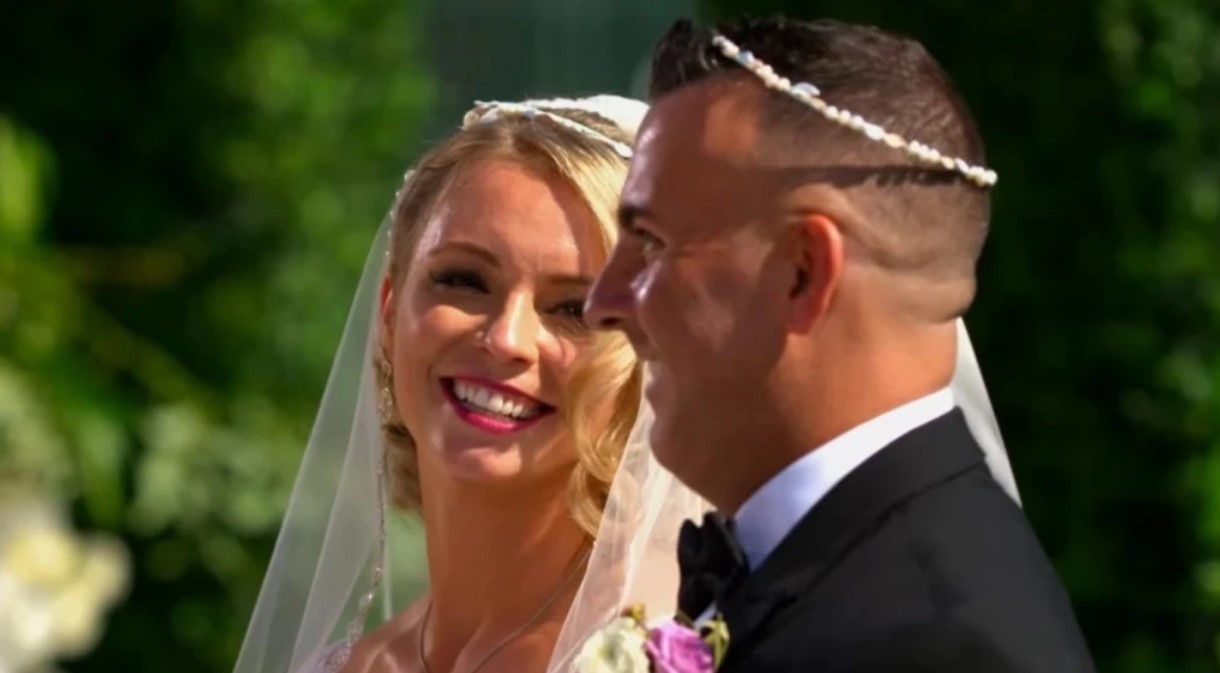 Nevertheless, in a sudden turn of events, the pair bettered themselves towards the end of the season and ultimately decided to stay together on decision day. Unfortunately, Mark and Lindsey’s relationship did not stand the test of time, and they went their separate ways shortly after decision day. After deciding to stay together, the pair mentioned that they began working on their house with a plan to move in together.

However, Mark and Lindsey soon found themselves embroiled in another fight that made their relationship go downhill. Interestingly, in the season 14 reunion, Mark claimed that he was bullied and threatened by his wife, while Lindsey insisted that Mark did not bring anything new or unique to the table. After splitting up, Mark decided to take a break from relationships, while Lindsey moved to Palo Alto in California, where she is looking for a new partner.