Is Matt Lucas Married? Who Was His Husband? 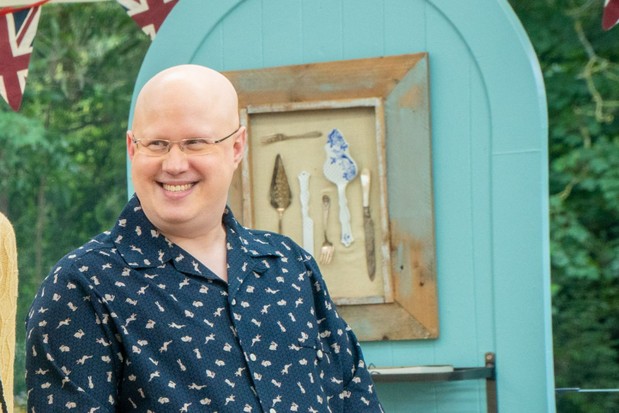 Honored with the Doctor of Letters degree from the University of Bristol, Lucas is an English actor, comedian, writer, and television personality. He has been an excellent performer of comedy since he dived into the industry in 1992. In addition to working on sketch comedies and BBC series, Lucas has made appearances in films like ‘The Infidel,’ ‘Alice in Wonderland,’ ‘Bridesmaids,’ and ‘Small Apartments.’ In 2020, Lucas, along with Noel Fielding, co-presented the competition show, ‘The Great British Bake Off.’

The openly gay artist recognized and accepted his sexual orientation at an early age. But due to an unfortunate turn of events, his partner took his own life. It has been ten years since the tragedy, but Lucas grieves over his death to this day. It is hard to believe that the one who makes every person in the room roar with laughter has been through so much in his life.

Born in a financially-mediocre family in London, Matt Lucas has faced severe health issues since the age of 7. He was diagnosed with alopecia and lost all his body hair while he was still a child. Early on, Lucas had learned that the only way to cope with the setbacks is to laugh at them. He came across his future collaborator, David Walliams, at the National Youth Theatre, where he spent a significant portion of his teenage years.

Lucas and Walliams have worked together on various sketch comedies by BBC like ‘Rock Profile,’ ‘Come Fly With Me,’ and his commercially successful work ‘Little Britain.’ Radio Times declared the two as the most influential people in TV comedy. Later, Lucas dived into the world of television and quickly rose to fame with his impeccable performance as George Dawes in ‘Shooting Stars.’

In August 2002, Matt Lucas met the charming Kevin McGee in a nightclub before he rose to fame. During that time, McGee worked for Carbon Media, a branch of the television company, Princess Production. Belonging to the same industry, both were familiar with each other’s job profiles and thus formed an instant connection. After dating for almost two years, the couple decided to take their relationship to the next level and got married in a civil ceremony in December 2006. They hosted a grand pantomime-themed party at Home House, a private members’ club in central London. Prominent figures of the industry were invited to grace the celebration of their union, including Sir Elton John, Paul O’Grady, Barbara Windsor, and Courtney Love.

But after living together for almost a year, cracks started to develop between them. Reportedly, Kevin could not handle his husband’s stardom and excessively indulged in alcohol at the A-list parties where Lucas was invited. It is alleged that his drug abuse got out of control, but the understanding partner was ready to remedy the situation and send Kevin to a rehab. When Kevin did not show any improvement, the ‘Little Britain’ star gave up trying and requested the high court to dissolve their civil partnership in June 2008. After 18 months of being married, the pair got divorced in October of the same year. The following year, Kevin McGee committed suicide in his Edinburgh flat after posting an ominous message on Facebook, which read, “Kevin McGee thinks that death is much better than life.”

The police broke into his apartment and found his body hanging. It seemed like he had lost his battle with depression and addiction. Despite the problematic relationship, nobody had even an ounce of doubt about how much Lucas loved his late husband. He was devastated after hearing the news, and it took him months of counseling to digest the bitter truth that Kevin was gone forever. His coping mechanism and bereavement included meaningless sex with strangers and eating abundantly. In 2019, Lucas paid tribute to his one great love expressing his feelings of hurt and telling all his fans how much he still misses his partner each day. Lucas has never been able to bring himself to ever fall for anyone else for the past ten years.