Investigation Discovery’s ‘Sex & Murder: The Pastor’s Secrets’ follows the slaying of Reverand Matthew Winkler in his Selmer, Tennessee home in March 2006, which caught national media attention. The episode chronicles the case and throws light on the details of the ensuing lengthy legal battles between the state and the perpetrator. It presents both sides of the complex case and lets the viewers be the judge. So who killed Matthew and why? Here’s what we know.

How Did Matthew Winkler Die?

Reverand Matthew Brian Winkler was born on November 21, 1974, to Dan and Diane Winkler in Tarrant County, Texas. He grew up amongst a rich heritage of gospel preachers, with his grandfather, Wendell Winkler, being a nationally renowned evangelist who preached for over half a century. His father was also a preacher. Matthew grew up in Woodbury and Huntingdon in Tennessee, and Decatur, Alabama. In the 1990s, he attended Freed-Hardeman University in Henderson, Tennessee, where he met his future wife, Mary Carol Freeman, in 1993.

The popular and charismatic Matthew was drawn toward the quiet and beautiful Mary. After dating for a while, the couple got married in 1996 and moved to Selmer, Tennessee. Their marriage of 10 years had yielded three children – Patricia, then 8; Mary Alice, then 6; Brianna, then 1. In March 2006, Matthew was serving as the Pulpit Minister at the Fourth Street Church of Christ in Selmer, following in the footsteps of his father and grandfather. The Winklers were respected members of their community; thus, the small southwestern Tennessee town was shocked by the news of Matthew’s murder.

The members of his congregation became worried when the usually disciplined Matthew failed to show up for the Wednesday-night service he was supposed to lead on March 22, 2006. Some churchgoers decided to check up on him by visiting his home. They were shocked to find Matthew in a pool of blood in the bedroom. They dialed 911, and the authorities arrived to declare him dead. He had been shot in the back with a 12-gauge shotgun, lodging 77 pellets in his body. According to the medical examiner, he was hit from a close range, with the blast breaking his spine and tearing into internal organs.

The investigators at the crime scene discovered that Matthew’s wife, Mary Winkler, and their children were missing along with the family minivan. The authorities immediately issued an Amber alert. Mary and the kids were found at Orange Beach, Alabama, the following day. She was arrested on the charge of first-degree murder of Matthew and was held without bond while her in-laws got custody of the kids. According to court documents, Mary admitted to her husband’s slaying while in custody. 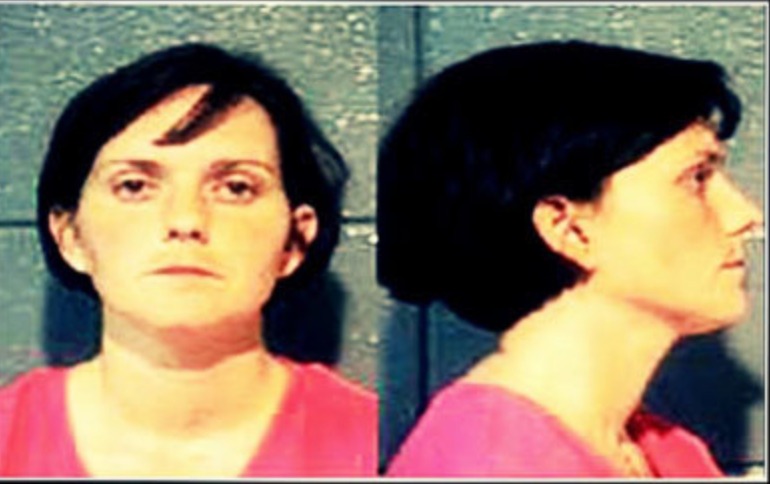 Court testimonials state Mary claimed she and her husband had been having lots of arguments lately and alleged Matthew abused and forced her to commit nonconsensual sexual acts. Her defense counsel elaborated on how Matthew controlled every aspect of her life, alleging she even required his permission to get a haircut. Her attorney contended Mary “lived a life where she walked on eggshells,” portraying her as a victim of alleged domestic abuse.

At one point in her trial, Mary produced the wig and the high-platform shoes that Matthew allegedly forced her to wear while coercing her to perform sexual acts she did not want to do. In her statement, Mary also highlighted how they had been bickering over financial troubles, among various other issues, on the evening of March 22. She admitted the family’s financial woes were mostly her fault, claiming she had been a victim of a “check kitting” scam. She was in charge of the finances and had deposited checks totaling $17,500 in family bank accounts from unidentified sources in Canada and Nigeria.

The prosecution alleged the banks had warned Mary the family fund was $5,000 overdrawn. Regarding the shooting, Mary said, “He had really been on me lately, criticizing me for things – the way I walk, I eat, everything. It was just building up to a point. I was tired of it. I guess I got to a point and snapped.” She claimed to know her husband kept a shotgun in the house but did not remember getting it. She further contended, “The next thing I remember was hearing a loud boom.” Court documents state she testified witnessing her husband roll from the bed onto the floor.

Mary added, “He asked me why, and I just said, ‘I’m sorry.'” The prosecution alleged Matthew was still alive when Mary chose to flee with the children and drive around 350 miles to another state. Mary defended her activity by stating she was afraid and had no idea the gun was loaded. A grand jury indicted her on first-degree murder charges on June 12, 2006, and a June 30 bond hearing set a bond amount of $750,000. She was released on bond on August 15, under the condition she would be with friends in McMinnville, Tennessee, till her trial in April 2007.

Where is Mary Winkler Today?

Mary Winkler’s murder trial began on April 9, 2007, with the prosecution pushing for a first-degree conviction. However, the jury convicted her of voluntary manslaughter on April 19, 2007. Mary was sentenced to 210 days in prison with credit for already serving five months. She was also permitted to spend up to two months in an undisclosed Tennesse mental health facility and to be put on probation for the rest of her sentence. Mary was released from the facility in August 2007.

Mary appeared on ‘The Oprah Winfrey Show’ in September 2007, where she admitted to getting off with a slap on the wrist after the serious crime she had committed. She said, “There’s no amount of time I think you can put on something like this. I was just ready for them to lock the door and throw away the key.” She also disclosed how Matthew’s parents had filed a $2 million wrongful-death suit against her and was fighting a custody battle over her three daughters.

According to local news reports, she had been working at a dry cleaner for a brief period before moving on to a job at a nursery outside McMinnville. However, none of her employment was permanent, with the negative media attention hounding her. In August 2008, she won the custody battle for her children. In January 2010, a court ordered her in-laws to pay back the money they had spent from a trust fund set up for the kids. Mary, now 49, wants to keep a low profile as she raises her children away from the public eye. Hence, her present location has not been disclosed.