Where was Medici Filmed? 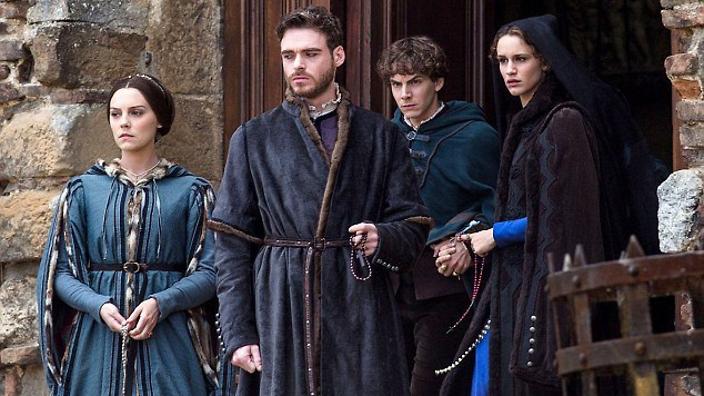 ‘Medici’ is a historical drama that regally transports viewers to 15th Century Florence when the Medici family were extremely powerful. To put things into context, the family ran the richest bank of Europe at the time. The show stars Richard Madden and Sean Bean of ‘Game of Thrones‘ fame. For Madden and Bean, ‘Medici’ proves to be yet another series with extremely high production value whose cinematography can easily match ‘Game of Thrones.’

As mentioned earlier, ‘Medici’ is set in Florence during the Renaissance Period. The show proves to be a visual treat with tons of attention paid to period details like costumes and other mise-en-scene elements. It manages to depict Florence of the 15th century rather magnificently. Hence, it is natural for viewers to wonder where the show has been filmed.

‘Medici’ has been entirely filmed in Italy. The location department of ‘Medici’ has apparently managed to scout over 300 locations for the show. Some of the series has been filmed in Florence. However, a large chunk of it is shot in other small towns. This is because Florence has modernized, and it proves to be extremely challenging for the filmmakers to depict Renaissance Florence while filming there.

In Florence, filming is carried out at places like Palazzo Vecchio, Florence Cathedral, Florence Baptistry, Basilica of St. Lorence, Bargello Palace and several others. Have a look at the following post which shows a scene filmed at Bargello Palace.

Furthermore, another post by Sharman reveals how filming took place in Bracciano. Here, filming was principally carried out in Castello Orsini-Odescalchi, whose courtyards and staircases double up as streets in Florence. Moreover, the castle also doubles up as a palace in Rome and the ancestral home of Contessina de’ Bardi.

Moreover, filming also took place in Caprarola. To be more specific, several scenes were filmed in Villa Farnese. Several scenes had been filmed at the mansion’s gardens and regal staircases like the Scala Regalia.

Moving on, filming in Volterra was carried out at Palazzo dei Priori.

In Pienza, filming took place at the Cathedral of Pienza.

As you can see, filming for ‘Medici’ has been carried out in numerous historic places: each of them more beautiful than the last. This list is in no way exhaustive. As mentioned earlier, more than three hundred locations had been scouted for the show. However, we have tried to include the most important locations seen on the show.