Melissa Morris My 600-lb Update: Where is She Now? 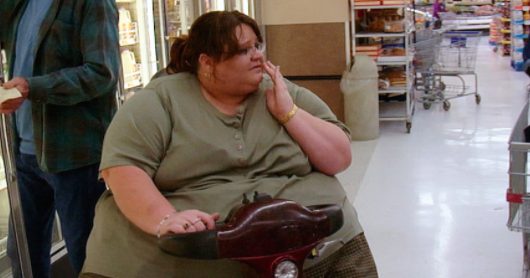 Since its debut in 2012, numerous individuals have sought the doctor’s guidance and have shown immense dedication and self-control to achieve a healthy weight. One such individual is Melissa Morris, who was the first-ever subject of the show in its debut season. With a perfect combination of dedication, self-awareness as well as hard work, she impressed the doctor and made many fans along the way. If you’re curious to know where she is now, here’s what we found out!

Melissa Morris appeared in the first-ever episode and season of the show as a 31-year-old woman weighing 653 pounds. The Livingston, Texas native faced a lot of issues because of that, which she explained on the show with tears in her eyes. Although she could walk on her own with some assistance, she, however, did not like that she had to be dependent on her then-husband Christopher Morris for everything. Melissa had met Chris way back in 1997, and they had been together thereafter.

Melissa’s lifestyle choices and eating habits, which caused her to gain weight, had become unmanageable for her, like in most cases. She faced issues of binge-eating and giving into her food addiction, with Chris acting as the enabler out of love. Melissa admitted to eating almost every hour of the day, which also led her to develop several other lifestyle issues. One of the most important dreams for Melissa was having children with Chris, which was hindered by the weight. Moreover, she was advised by all doctors not to hope for having kids of her own.

Thus, aiming to change her life, she sat through an 8-hr appointment with Dr. Now, who assured Melissa that with enough dedication and focus, she’d be able to have a family of her own. Well, she quickly got used to her the low-carb diet and exercises assigned by the doctor. Soon, Melissa began losing the extra kilos and achieved the weight required for her to undergo gastric bypass surgery.

Following the surgery, Melissa kept working out and continued to watch what she ate. When she began getting closer to her desired weight and losing weight appropriately, she even had operations to remove extra loose skin. After seven years of religiously following Dr. Now’s regimen, Melissa shed an incredible 447 pounds while receiving medical attention from Dr. Now, eventually weighing just 206 lbs.

Where is Melissa Morris Now?

Melissa Morris’ inspiring journey is one of the biggest success stories in the series’ history. It made her incredibly well-known, especially for the fact that she was the first patient in the show. After her successful schedule with Dr. Now, one of her biggest achievements was giving birth to not just one but three adorable children — 12-year-old Allona, 9-year-old Elijah, and 6-year-old Austin Wayne. Melissa’s world revolves around her children, whom she loves the most.

After nearly 17 years since her first meeting with Dr. Now, the mother of three is still thankful to him for helping her get in better shape to be able to have them. However, Melissa’s journey to motherhood and post that was not so smooth. Although she lost more than 500 lbs over the period, in a follow-up ‘Where Are They Now?’ episode, it was revealed that she struggled with weight gain again during her pregnancies and was naturally not able to shed that immediately after the kids were born.

After all the pregnancies, Melissa realized that her weight had gone up to 275lbs from somewhere over 150 lbs. These circumstances, along with the fact that she was a stay-at-home mom by choice, affected her mental health drastically and got her depressed. Although Melissa was happy, she was striving to comprehend the changes and everything she had to give up because of the new phase of her life.

Nonetheless, Melissa slowly brought her life back on track. She remains vocal about her phase of depression and tries to help bring more awareness to mental health issues. Sadly, Melissa is no longer with Chris as the latter was found cheating on her with multiple women, as stated on the show. However, she has not let that stop her life, and the two now co-parent their three children without letting their issues affect them. She does not prefer labeling her relationship with Chris and is appreciative of his efforts to be a good father to the kids.

When asked whether she plans to get back together with Chris, Melissa wrote, “We are raising our kids together and that is our plan to raise kids together without the fighting and arguing. But Chris has his house and I mine. My children before everyone and everything. I don’t define Chris and my relationship just A Dad and A Mom working to raise healthy children physically and mentally.” Melissa sadly also lost her father, with whom she was very close, in December 2021. She is coping with that, too, and trying to live her life to the fullest.

Moreover, in due course, Melissa kick-started her professional career by securing a job at Dr. Now’s clinic in 2019. As a full-time working single mom in Houston, Texas, she now helps others going through similar struggles as hers by guiding them through their journey. Melissa is also an avid believer in Christianity and is a regular visitor and volunteer at their local church, CityRise Missouri City. The mother of three goes on vacations with her church group, works diligently at the clinic, and loves and adores her children, often appreciating their presence in her life.