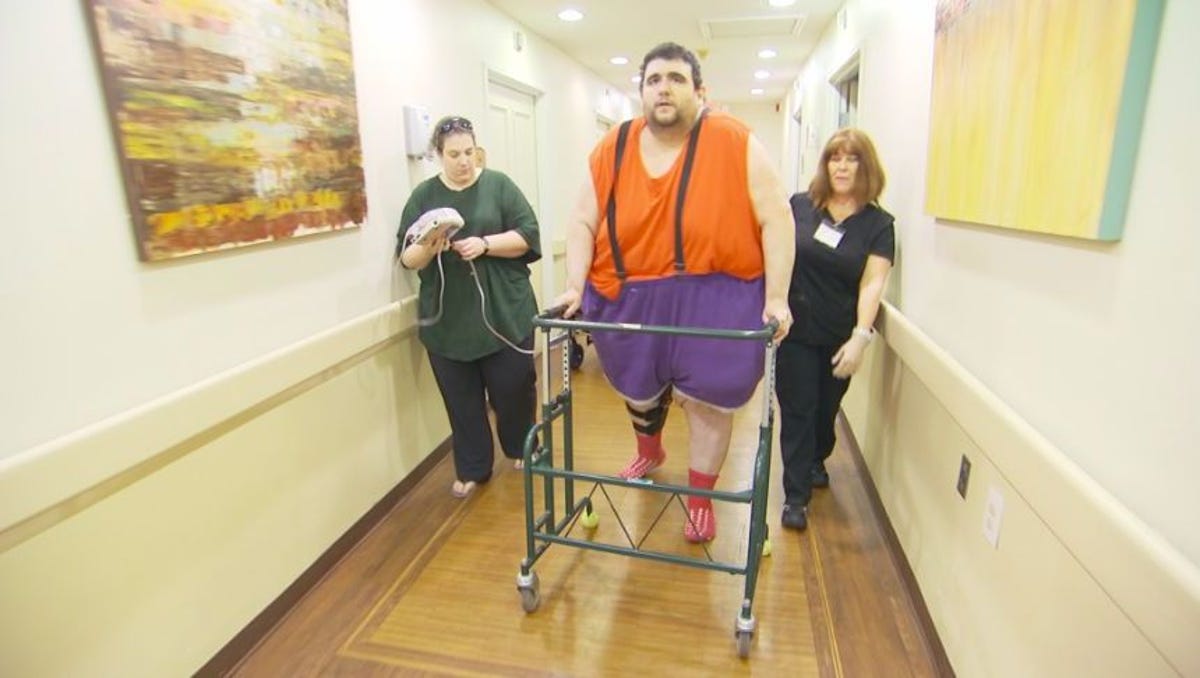 Obesity is one of the greatest killers of humans in the 21st century. With life getting busier every day and people always trying to catch up with the same, it is becoming more and more challenging to take care of our health. This busy life leads to bad choices, food habits, shortened hours of sleep, and obesity.  Of course, it must be mentioned here that obesity affects us in various degrees. While some struggle with a constantly increasing waist-line, some people have difficulty in even getting up and visiting the washroom by themselves. Considering the fact that reality TV has left almost nothing under the sun untouched, it goes without saying that it will also venture into the world of health and bring to us stories of people whom we have to see to believe.

The TLC TV series ‘My 600-lb Life‘ is one such show which deals with extremely obese people who are at the risk of losing their lives if they do not do something about it pretty soon. The only criteria to get featured on this show is that the participant has to be more than or equal to 490 pounds (220 kg).

Each season sees a number of such patients being treated by Houston-based surgeon Younan Nowzaradan. The doctor attempts to bring down their weights to a moderate level so that they can live a healthier life. Naturally, this process takes a lot of work and patience and even involves some high-risk surgeries like gastric bypass surgery or sleeve gastrectomy. The series is filmed in Houston where Dr. Younan Nowzaradan treats the patients using his own set-up and resources. The patients are brought in from different locations, but most are from places in and around Texas.

Dr. Younan Nowzaradan, the Iranian-American surgeon who treats the patients in this series, is based out of Houston, Texas. Thus, the participants in the show have to travel to Houston in order to get treated by him and to stay under his observation over a period of one year. At the end of the treatment, most of the patients end up losing more than 250-lb and take a major step towards turning their lives around.

Considering the nature of the series, most filming is done indoors, and thus there is no scope of exploring the location. Instead, it is the journey of these patients which becomes the focal point of the series. Notably, a total of six patients who have appeared on the show have passed away, with two of these deaths occurring while the series was being filmed.

If you wish to check out how these patients are doing after being treated by Dr. Nowzaradan, you can watch the TLC spinoff series ‘My 600-lb Life: Where Are They Now?’ where we get to revisit some of these people and also observe how they are doing in their new lives.