Where Is Melissa Morris From My 600-lb Life Now? 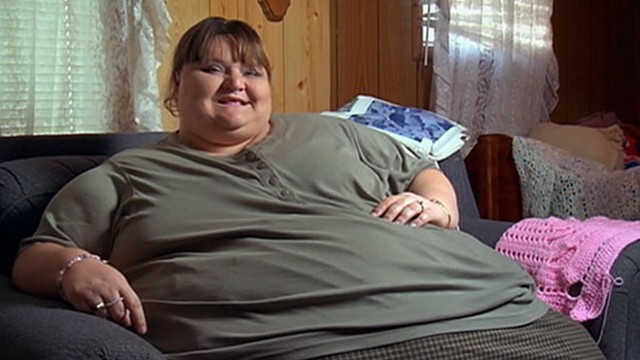 What was meant to be just a small five-part mini-series that followed the weight-loss transformations of obese individuals over the course of 7 years has now become a full-fledged TLC series that follows the journey of said individuals as they try to do the same in just a year. With the help of renowned bariatric surgeon, Dr. Now, and his weight loss program in Houston, Texas, these individuals inspire us by going from being close to death to living a fit and healthy life.

‘My 600-lb Life’ trailblazer Melissa Morris, who was the show’s first-ever subject with her episode’s debut back in 2012, is the perfect example. Her motivation, dedication, and hard work impressed not just us but also Dr. Now himself, which is saying a lot. Curious to know her story and find out where she is now? Read on!

The Livingston, Texas native weighed 653 pounds when she first came to meet Dr. Now and start his weight loss program. Being married to her husband, Chris Morris, who she’d met back in 1997, she was used to a certain lifestyle. She was used to binge-eating and feeding her addictions while her husband acted like a caretaker.

Because of her massive frame, it wasn’t really a surprise that she had trouble walking and doing day-to-day activities. Hoping to one day start a family, when Melissa realized that her weight would hinder her future and abilities as a mother, she decided to turn her life around.

After meeting Dr. Now and starting his program, she almost immediately adjusted to her new low-carb diet and new lifestyle. She got the gastric bypass surgery that would assist her weight loss, started exercising regularly, and paid attention to what she ate. And once she started properly shedding weight, she even underwent the excess skin removal surgeries. In the 7 years that she was under Dr. Now’s professional care, Melissa lost an astounding 447 lbs, weighing just 206 lbs in the end.

Where Is Melissa Morris Now?

Melissa’s weight loss journey has not been all sunshine in roses. In total she had lost over 500 lbs over time, however, in a follow-up Where Are They Now? episode, she revealed that she struggled with her weight following her three pregnancies. Melissa gained around 100 lbs after she gave birth to her first child with Chris and after the other 2 pregnancies, her weight went up to 275 lbs.

Along with that, she also revealed that she was dealing with depression. She and her husband had discussed that she should become a stay-at-home mom to take care of her kids, so she did, but it caused her more pain than she had imagined. “Before I lost the weight, I was miserable, and barely living life. And my dream was to have kids,” said Melissa. “I was happy to be a mom, but I was depressed because of everything I needed to give up. I didn’t expect how much my world would change being a mom, and the struggles that would bring.”

The good news, though, is that Melissa is now back on track. From the recent photos on both her Instagram and Facebook, it looks like she is keeping her past experiences in mind and is sticking to the low-carb high protein diet to maintain her weight loss. Melissa has since divorced her husband, Chris Morris, after catching him cheating on her with multiple women, but from the looks of it, she hasn’t let it slow down her personal progress.

Melissa has had a couple of health scares over the years, but she has bounced back to her normal life without any issues. As for where she is now, she is still living in Houston Texas. In fact, in October 2019, she secured herself a job, working with Dr. Now in his clinic. By now helping others go through the same journey she did, Melissa has genuinely come full circle.

Read More: Where Is June McCamey From My 600-lb Life Now?