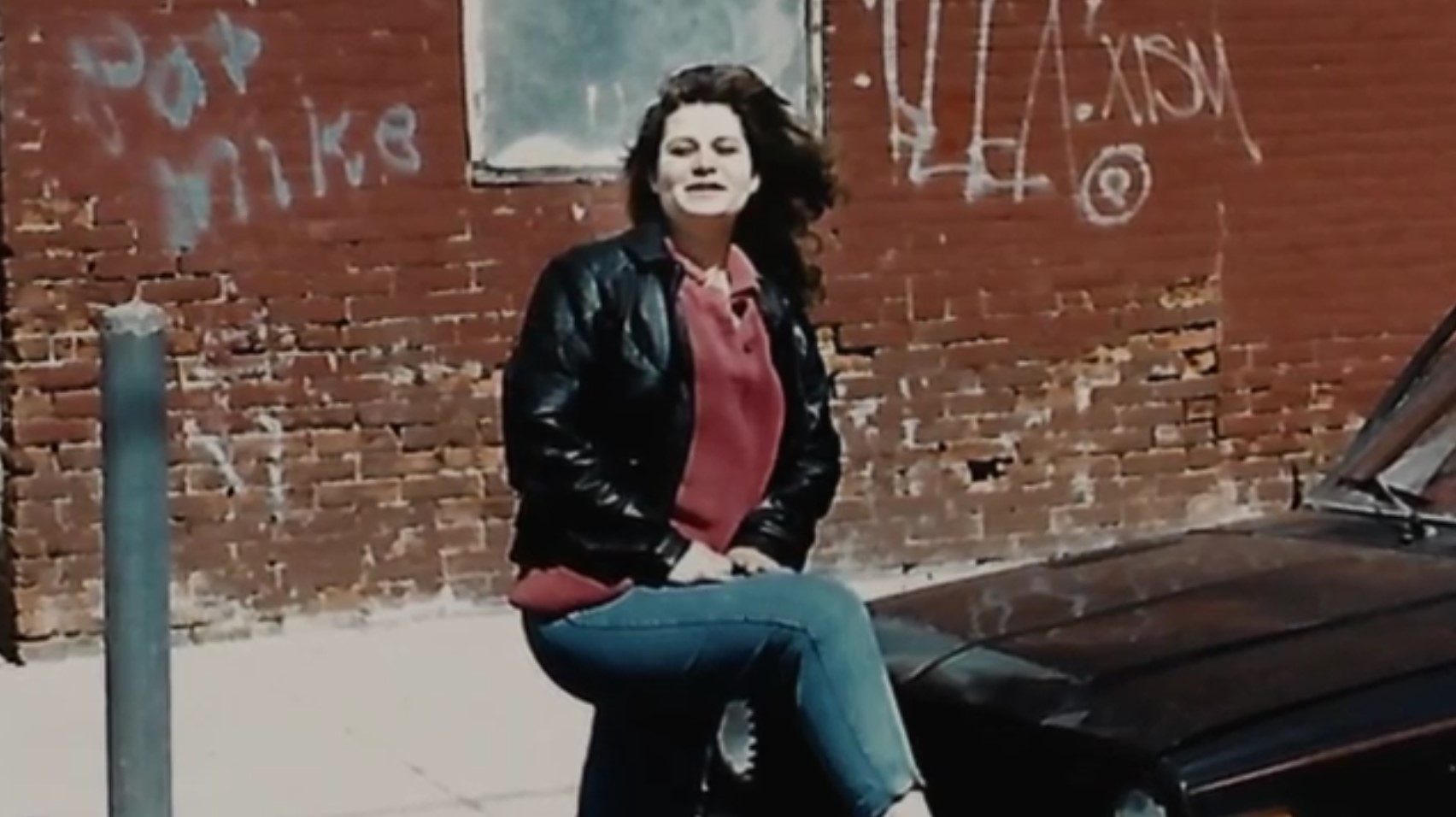 When Mena Myers went out to a party on October 30, 1992, little did she know that it would be the last party she ever would attend. Hours later, she was found dead, with two gunshot wounds to her head. A brutal crime in a bad neighborhood, the police faced lots of hurdles in their investigation. Investigation Discovery’s ‘Homicide City: The Last Party’ chronicles the shocking murder and follows the ensuing investigation that managed to bring the perpetrator to justice. If you are interested to know more about this case and where the perpetrator is today, we have got you covered.

How Did Mena Myers Die?

Mena was just 23 when she was murdered. She was a single mother of two children and resided in Philadelphia, where she worked at an insurance agency. Described by her best friend, Lynn, as a good and kind person, Mena loved life to the fullest and attending parties with her friends. This free-spirited woman and devoted mother has been dearly missed after her murderer cruelly snuffed out her young life. 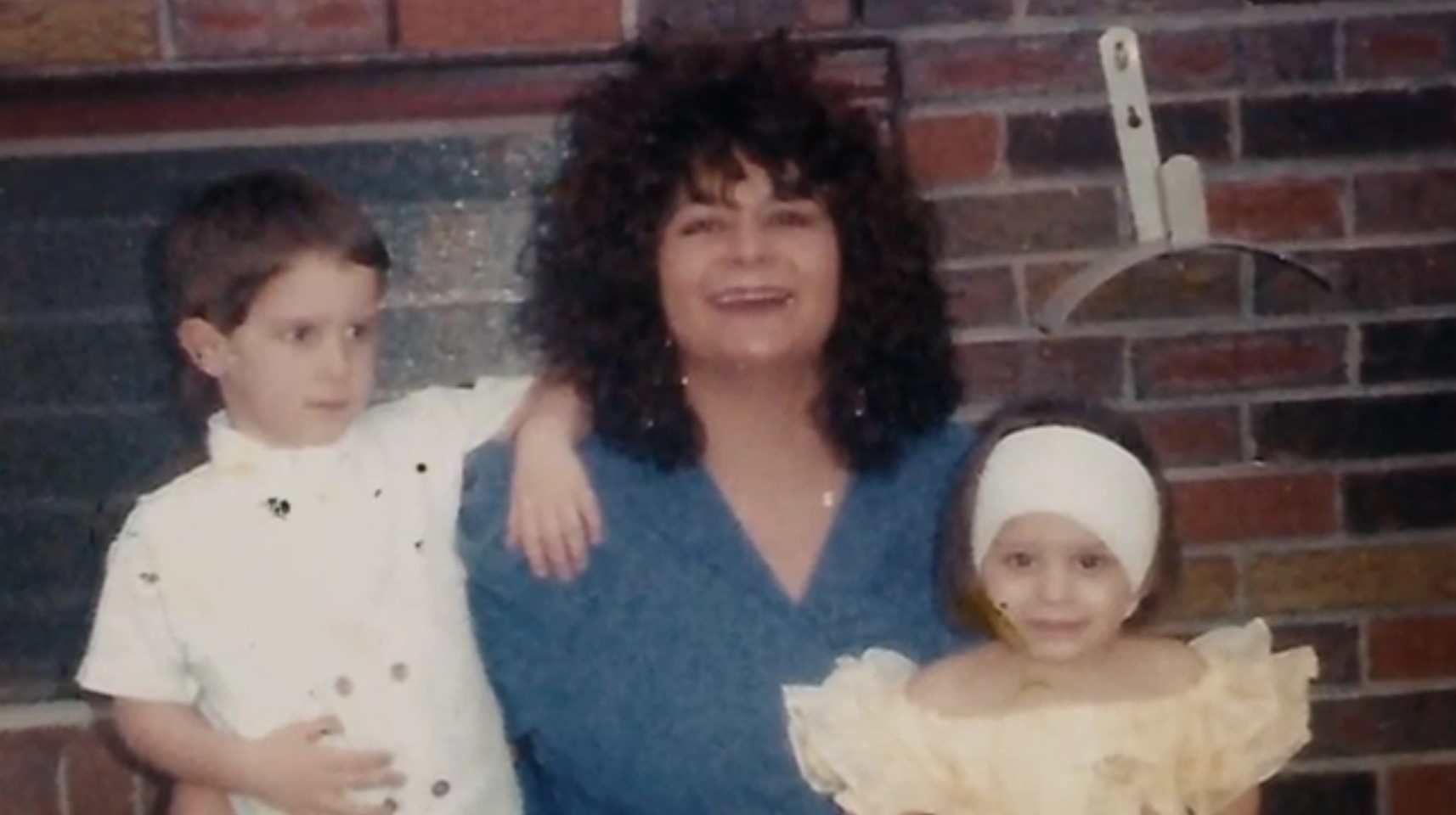 On October 30, 1992, Mena and her best friend, Lynn, decided to attend a party on their night out. She dropped her kids off at their dad’s and, together with Lynn, she visited a few bars and clubs in Central City. Shortly after, they also picked up two men, Jose and Enrico, whom they had met the previous week and were having a wonderful time with. It was the guys who told the girls about the party that was taking place that night, and all four decided to attend it.

The party was set in an area called the Badlands in North Philadelphia. It was christened so because of the high rate of crime that was prevalent there. The party was rowdy with lots of drinking and drugs. Lynn was unsure about staying at the party, but Mena seemed to assure her of her safety. Still, at around 2:00 am, Lynn decided to leave the party and head home, but Mena stayed.

At 3:18 am, the police received a call from a person living in a North Philadelphia neighborhood used as a lover’s lane by couples. The person said that he heard a woman scream and beg for her life before two gunshots rang out in the night. When the police arrived on the scene, they found a car parked with the engine off. They then discovered Mena Myers’ dead body lying face down on the ground underneath the open passenger door. 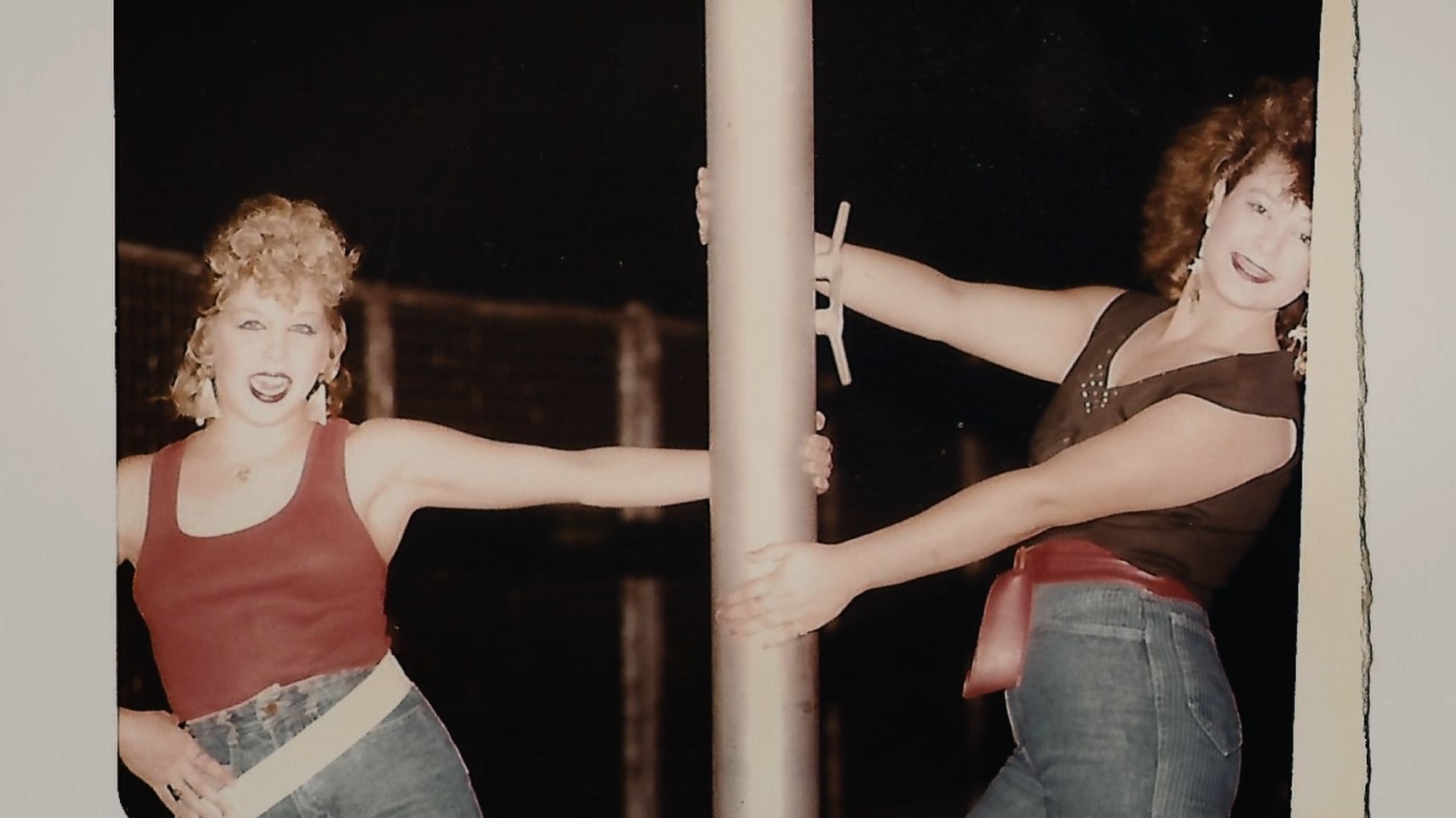 It was later confirmed that Mena was shot twice in her head at close range, and she died as a result of the gunshot wounds. There were signs of a violent struggle as Mena’s wrists had contusions, and there were 16 lacerations on her face and head. The police also found blood outside the car and determined that it came from Mena being pistol-whipped in the head. Her purse was also found nearby, which made the police rule out a robbery. The murder weapon was never recovered. There were also seven partial prints lifted off the car, but none of them were identified.

Francisco Algarin was arrested, tried, and convicted of Mena’s murder. As Mena was found in a lover’s lane area, the police first checked for any signs of sexual assault, but there were none. On the car window, they found the name “Jose” written with a finger. That made them look into Lynn and the two other boys Mena was with on that night. Still, their stories matched, and they had solid alibis. 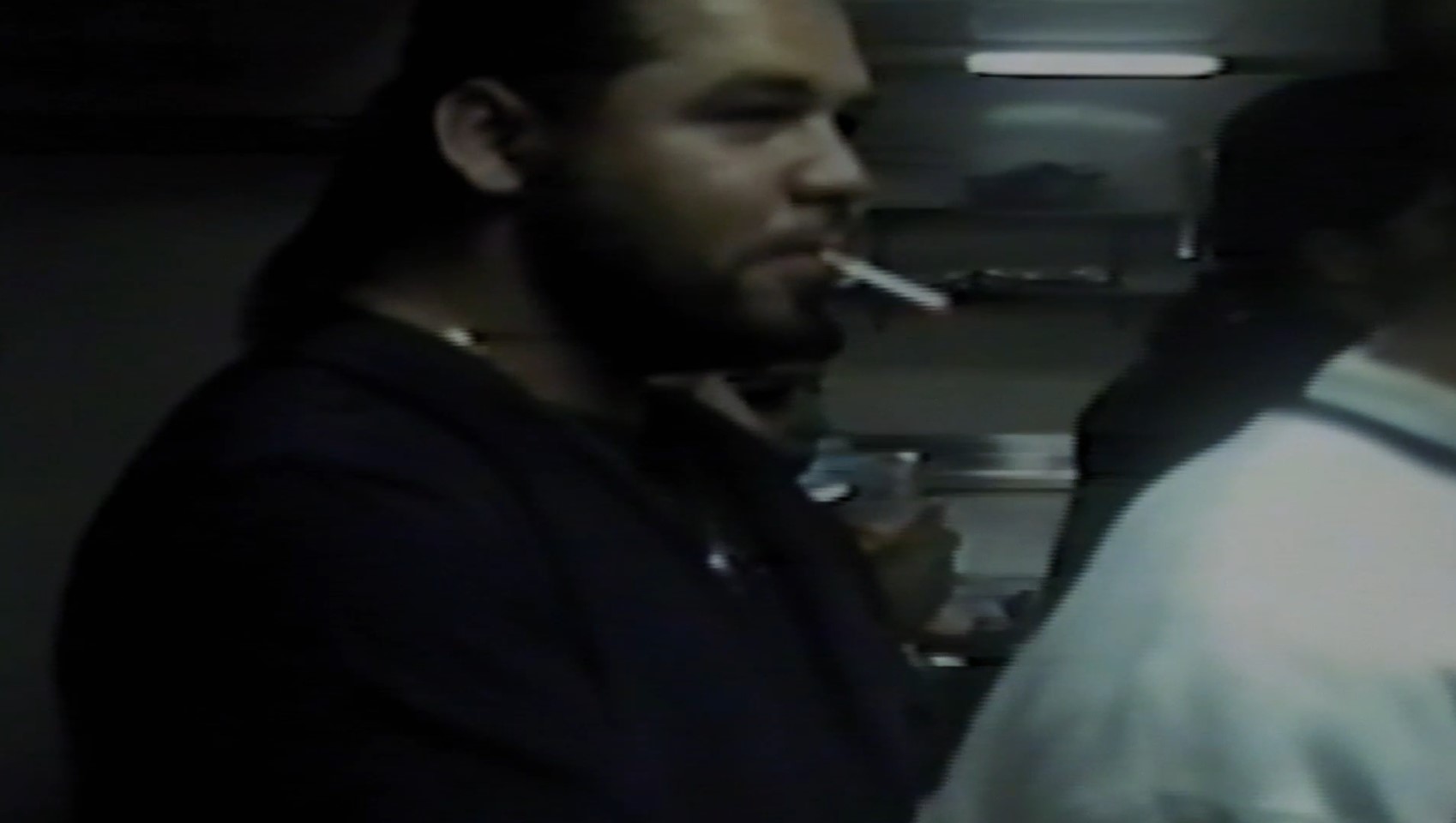 Lynn and Enrico went home together, while Jose said that he left the party at around midnight and had himself written his name on the window of Mena’s car. The police were also made aware of Mena’s boyfriend of 5 years and looked into him, but he had an alibi and was ultimately ruled out. A video of the party emerged, and the police used that to single out people from the party. Yet, none of them could provide any credible information on who could have taken Mena’s life. Suddenly, the police received a call from Enrico, who revealed that Mena left the party with Francisco Algarin.

They looked into Algarin and discovered that he was a local thug. They also found out that Algarin had a criminal history and had been previously accused of drug dealing, violence, and sexual assault. This made him an immediate suspect, though Algarin claimed he had nothing to do with the murder. Furthermore, two women contacted the police and told them that Algarin had an alibi as he was with them all night long. Unable to find any evidence against him, the police were forced to let Algarin go. 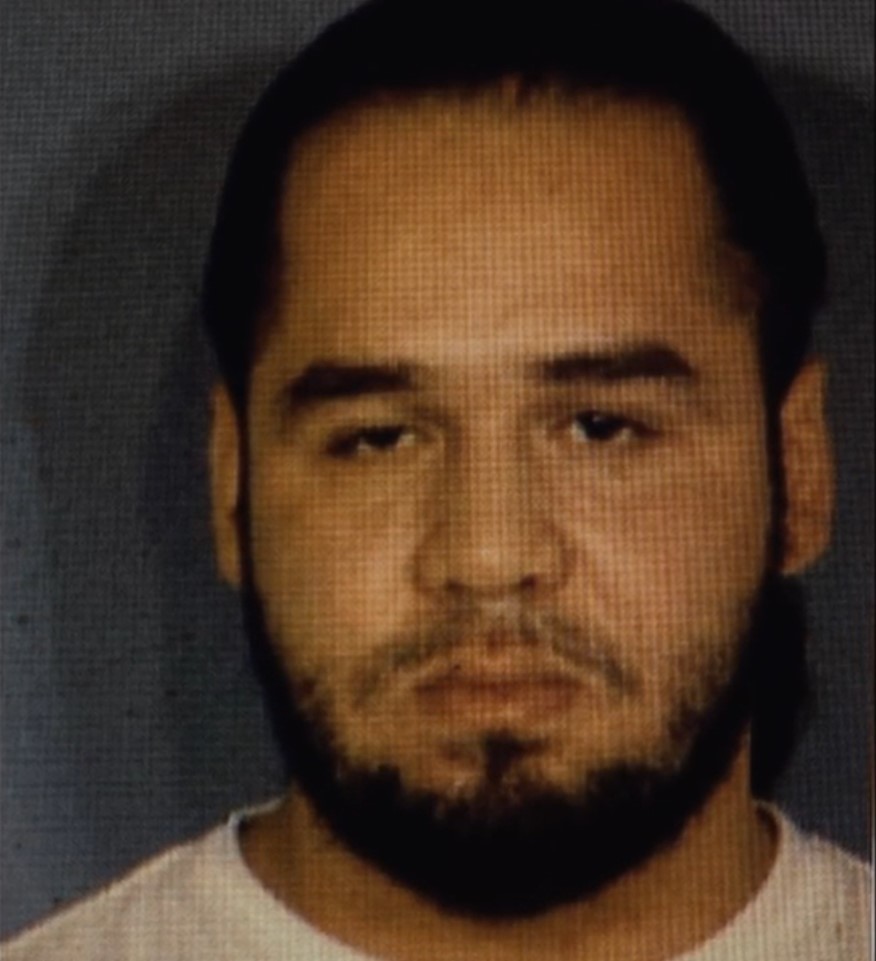 Six months passed with no actual developments before the police were contacted by Enrico again, who claimed Algarin had confessed to him about killing Mena. He told the police that Algarin said he killed Mena after she rejected his offer of sex. Enrico also alleged that he had been physically abused and assaulted by Algarin, and thus, fearing for his life, he decided to approach the police. The police then questioned the two girls again. This time, the women broke down under interrogation and admitted that they had lied on the previous occasion.

Where Is Francisco Algarin Now? 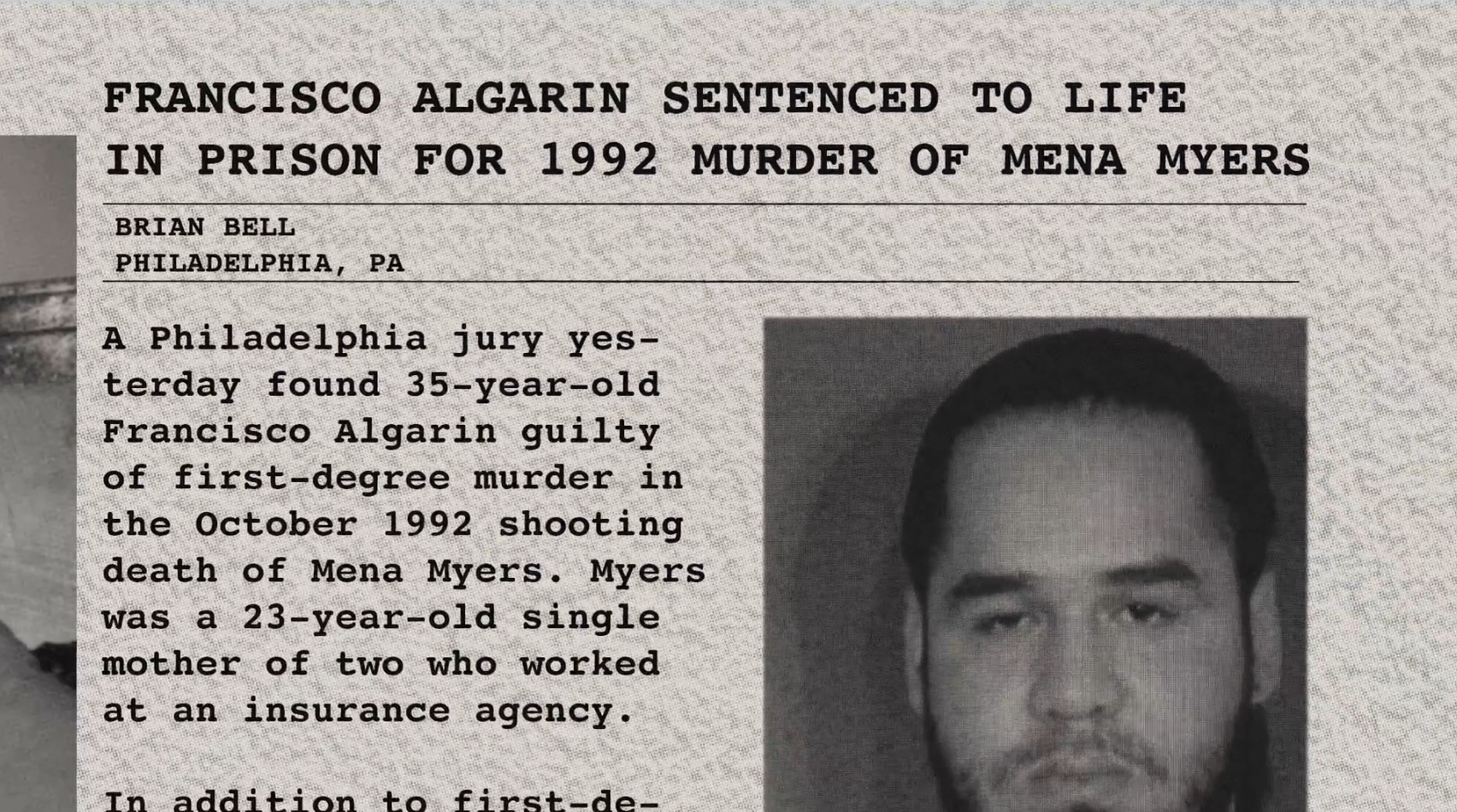 With credible evidence for an arrest, Algarin was arrested and charged with the murder of Mena Myers. After his arrest and once he was put on trial, Francisco Algarin maintained his innocence and pleaded not guilty. The jury did not agree and instead found him guilty of first-degree murder. He was also convicted on a count each of firearm violations, aggravated assault, intimidation of a witness, and criminal conspiracy. The court sentenced Algarin to life in prison without parole. He was also sentenced to lesser consecutive terms of imprisonment for the rest of the charges. Currently, Francisco Algarin is incarcerated at the SCI Mahanoy in Pennsylvania.