In October 2019, Mengqi Ji’s husband, Joseph Elledge, reported her missing, much to the shock of her loved ones. The search for her continued for more than a year until her remains were found buried in a park. Investigation Discovery’s ‘On The Case With Paula Zahn: A Needle in the Mud’ chronicles what led to Ji’s murder and how the authorities zeroed in on her husband. So, if you’re curious to find out the same, we’ve got you covered.

How Did Mengqi Ji Die?

Ji was born in China in April 1991. Growing up, she was close to her parents and displayed great intelligence. After her bachelor’s degree, Ji came to the United States under an exchange program to complete her master’s degree in engineering. She then worked as a supervisor at a manufacturing company, where she met Joseph Elledge. The two began dating and then married in September 2017. At the time of the incident, the couple had a young daughter, Anna. 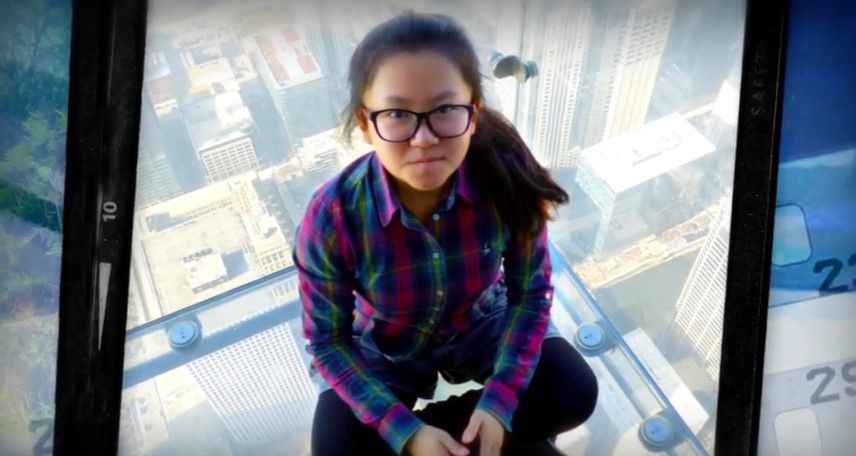 On October 10, 2019, Joseph called 911 to report his wife missing from their home in Columbia, Missouri. According to him, she was gone by the time he woke up to their crying daughter. As per the show, Ji had left her car and wedding ring behind. It seemed like the 28-year-old suddenly just walked away from her family. Despite a rigorous search, the authorities didn’t find anything until March 2021.

A hiker in a secluded area of the Rock Bridge Memorial State Park in Columbia found the remains and called the authorities. A comparison with dental records confirmed the worst, Ji was dead. An autopsy showed that she had four broken ribs on the left and one on the right. While the cause of death was difficult to determine, the medical examiner believed that the manner of death was a homicide.

The authorities began to suspect that Ji didn’t leave voluntarily after Joseph was charged with child abuse and domestic assault in October 2019. It was reported that he hit Anna on the buttocks, causing bruising. As the police dug deeper, they found that Ji and Joseph’s relationship had been in trouble for a while. As per the show, Joseph told the police that they began arguing after their child’s birth, and he felt that she ignored him.

Later testimony showed that the two clashed over their cultural differences, and Joseph felt isolated when Ji’s parents came to stay with them. At the time, he claimed that they interfered with how Anna was raised. Furthermore, there were several recordings made by Joseph and Ji of their arguments and Joseph’s mother trying to help with the marital issues. The recordings were made in October 2018 and between May and August 2019.

In these recordings, Joseph is heard criticizing Ji’s appearance and her supposed lack of kindness. He also called her a poor mother. Then, in September 2019, Joseph learned that Ji had been corresponding with a Chinese man through WeChat and realized it was sexual. However, Joseph claimed he still wanted to work on their relationship and find a way to improve things. But everything changed on October 8, 2019.

As Joseph would later testify in his defense, the couple argued on October 8 after he confronted her about the messages. After a shouting match, Joseph claimed he was about to leave the apartment with Anna. But when he started walking toward his daughter’s bedroom, he contended that Ji pushed him. Then, Joseph pushed her back, resulting in her hitting the kitchen cabinets.

According to Joseph, the pushing continued, but the second time, she fell and hit her head. He said, “I helped her up, and she was still angry. I took her to the couch, and she told me just to leave without Anna.” So, Joseph went out for about 45 minutes and returned to see Ji asleep in their bed. But when he woke up, she was unresponsive and cold to the touch. At this point, Joseph stated that he panicked and put his wife’s body in the trunk of his car.

Joseph said he wasn’t thinking clearly, and on October 10, 2019, he drove down to the park with Anna in the car, burying her after digging a grave for half an hour. Cellphone data supported this claim. Furthermore, a pair of shoes found at Joseph’s house had some vegetation underneath, matching the trees found at the burial site. Once back home, Joseph called the authorities and reported Ji missing.

Where is Joseph Elledge Now?

While Joseph admitted to burying Ji’s body, he maintained that her death was an accident. His defense added that he was awkward and made dumb decisions but should not be charged with murder. Nevertheless, in November 2021, Joseph was found guilty of second-degree murder. A few months later, he was sentenced to 28 years in prison. In February 2022, Joseph, then 26 years old, pled guilty to child abuse, child endangerment, and domestic assault. For that, he received a consecutive 10-year sentence with credit for time served. Prison records indicate that Joseph remains incarcerated at Southeast Correctional Center in Charleston, Missouri.