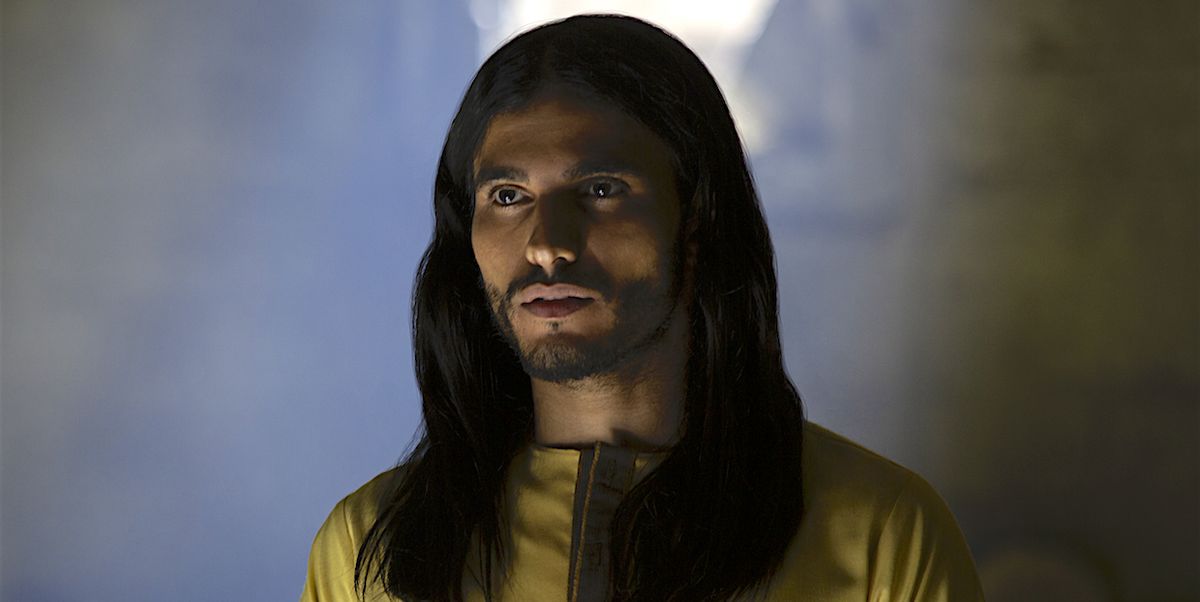 The latest geopolitical thriller on Netflix, ‘Messiah’, asks a question that’s a little too complicated for any of us to answer. What will do you if the Messiah came today? There will be no way to prove that he’s the messenger of God and there will be no way to prove that he isn’t. So, where will you stand? This is precisely what the series explores with its controversial religious premise. Despite igniting controversies, ‘Messiah’ definitely delivers the message with the issues it takes up and the concepts it explores. What makes the show an engaging watch is that it maintains being a thriller but simultaneously also portrays issues that haven’t been looked at in a mainstream way.

The fourth episode of ‘Messiah’ does the same as it looks at the refugee crisis, especially in Syria, and is critical of America’s immigration policy, while also raising pertinent questions on borders and all that they entail. It manages to be a thriller, but is also political, and somehow even spiritual. It also maintains the anticipation from the past episodes about whether or not Al Massih is who claims to be. But as always, there’s really no way to know for sure. The episode, titled, ‘Trial’ primarily focuses on Al Massih’s trial, but it also majorly focuses on Geller’s personal life. SPOILERS AHEAD.

The episode begins with Geller in the hospital after her miscarriage. We learn it is her fourth miscarriage and that she used the sperms her husband froze before he passed away from cancer. Meanwhile, Al Massih finally meets his lawyer from ACLU who explains the case to him. There will be charged filed against him for illegal entry. But the man maintains his god-like nonchalance. The FBI agent later arranges for a meeting between Geller and Al Massih. Despite being in the hospital and in terrible pain, she immediately leaves for it.

We finally have the two interact for the first time, and it makes a really intense scene. The two of them have this calm demeanor as they begin their conversation. What follows is a long and strong monologue from Geller where she tells him that she knows people like him. People who think they have an answer and become so committed to that idea that they begin to embody it and isolate themselves, and eventually go off the cliff, which is what makes them so dangerous. Al Massih listens to this, and turns it around entirely on Geller as he tells her that she worships her job and is an acolyte of the CIA. She sacrificed everything for that idea, and isolated herself.

But things take a twisted turn as the man goes on to reveal deeply personal things about Geller. He talks about include her loneliness, the death of her mother and husband, and how she’s currently in pain. He even offers to make the pain pass. Despite being shaken up, Geller tries to maintain her ground, but leaves as it becomes too overwhelming. She begins to question how he knows so much about her and realises that she had her hospital tag around her wrist. This still doesn’t reveal everything. So she talks to her boss in CIA and tells her that they need to detain Al Massih. Geller begins to think that the man could be part of an counterintelligence agency because of the information he has on her.

Meanwhile, Al Massih’s first hearing takes place where he is denied bail, another hearing is followed the next week. The man’s trial becomes a political hotrod and is widely covered by major channels like CNN who continue to debate about  who “Al Massih” is. He is called everything from activist to prophet to a religious fanatic to a terrorist. The case gets so much media coverage as people begin to come together and protest.

In Texas, there is widespread destruction and Felix and his family offer help to those in need. We learn that people from faraway places have begun to camp here to see where the “Miracle Man” appeared.  Later, Felix hears the news and decides to be there for the man. This is leads to a heated and somewhat heartbreaking argument between Anna and Felix. Anna is hesitant of the man, and she wants Felix home. It gets much deeper as the issues in their marriage and life, at large are brought up. But Felix decides to leave anyway because he feels that Al Massih showed up at a time when Felix was questioning his faith the most, and gave him a new purpose.

In one of the hearings, Al Massih talks of how he walks with all men and has no religion. He then goes on to talk about borders being an idea of the lucky. All of this also gets a lot of media attention. This also leads to the President’s secretary getting involved who tries to put pressure on the judge to send the man to Israel where he’ll be captured. The old judge makes an unbiased decision to the trial, and offers Al Massih asylum in Texas where he is a free man, and he leaves with Felix. We later learn that the old judge will pass away soon because of a terminal illness.

In Israel, Aviram is shown to be regretting his decision, as it is revealed that he left Jibril in the middle of the desert to die. Jibril gains consciousness and walks for miles until he faints again. Finally, after days, Saamir finds him. Simultaneously, Aviram is brought to his boss who wants him to confess about the erasure of the tape and what it included. When Aviram disagrees to cooperate, he is fired.

The fourth episode feels a little slow, but at the same time, is also the show’s most significant episode so far. This is because the story is reaching somewhere as we finally get some results to her our anticipation. We learn more about Geller and her grief and loneliness. We also see her vulnerable for the first time. It is also part of the reason why the series is such a good watch. It has several equally gripping narratives taking place simultaneously, some of which are finally gaining shape properly.

As I mentioned previously, both Geller and Aviram make for the most intriguing characters in the show. It’s partly to do with them being heavily layered as characters. They are both equally devoted to their work and are tough nuts to crack, but also have a soft spot. This makes them the most unpredictable from the lot and thus also the most charming. You do not really know how they will react to the situations thrown at them.

As I mentioned above, the series, and especially this episode, is strongly political in nature for a thriller, which actually works for it. It is also interesting how the series incorporates both media and social media. Personally, I think that the thriller genre will be somewhat restricting for the series as it does not shy away from transgressing from it. But despite that, at its core it remains a political suspense thriller as with every episode we grow increasingly confused about who we think Al Massih is. Now that he’s finally free and in Texas, the series is reaching a stage of endless possibilities for the man and what he can and will do. This means that the coming episodes are going to be a treat to watch, and hopefully continue to hit us with things we least expect.