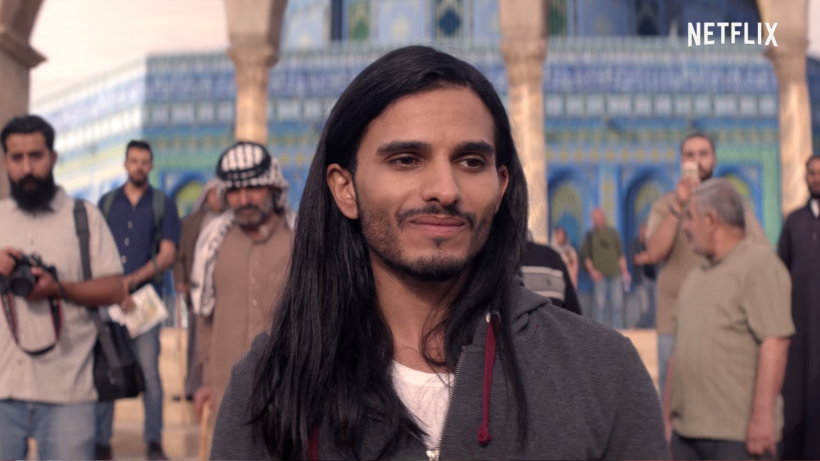 Netflix’s ‘Messiah’, created by Michael Petroni of ‘The Book Thief’ fame, is a geopolitical suspense thriller that chronicles the world’s reaction to a man who claims to be the Messiah. It raises pertinent questions that have terrifying aspects to them, and then leaves them to linger as we do know not what to believe.  It starts out in the Middle East, and is followed all the way to America, as the man, hailed as “Al Massih” crosses borders and performs apparent “miracles”. There is no way to know for sure whether he is the savior he claims to be or just a really good con-artist. What the show then explores is the need for people to believe at a time when they cannot trust anything. But is this true devotion or just blindness to reality?

The sixth episode of ‘Messiah’ explores this so well, making it one of the best episodes in the season. It fills the story with so many different layers as each character has their own views on the matter, and there are crucial secrets revealed. But then the ending manages to throw us all off as we do not know if we can believe what we see. At the same time, if we see it, isn’t it real? SPOILERS AHEAD. 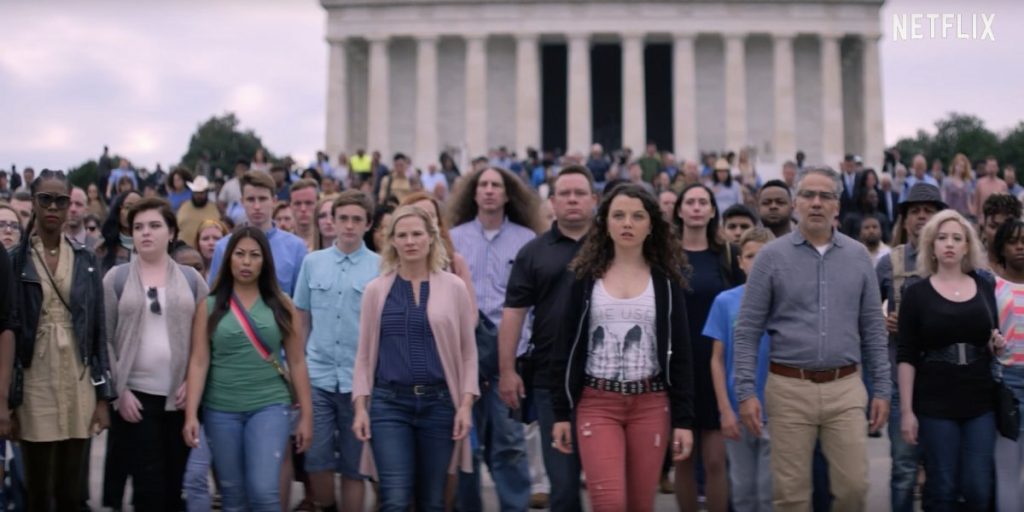 The sixth episode of ‘Messiah’ begins with a vision. Back in the first episode, Jibril is shown burying and grieving his mother. In this episode, we see her resurrected and calling out Jibril’s name. As Jibril sees this, Al Massih comes before his eyes and offers him a gun. It can assumed that all of this is a dream.

In Dilley, Texas, things are worse than ever as it is overflowing with people who no one can take care of any more. This leads to chaos, confusion and even violence. People are growing impatient. Somebody paints  “False God” on the wall of the church. The locals are also growing equally disheartened as they are not enough resources to take care of them. Dilley remains a disaster zone with everything destroyed, and has thousands of people from across the country camping. One of Felix’s neighbour blames him for all the chaos, and tells him this place is going to hell.

As Geller and Mathers investigate Al Massih they begin to believe that he chose Texas for a reason. He started with a small place with poor people, who have guns, and still believe in the Bible. It also has plenty of sick and needy people who they believe serves as collateral for the man. Geller gets a call from Qamar who offers hard intel on Al Massih. We finally learn that the man’s real name is Payam Golshiri, he studied from Tehran University, and has a brother named Adar.

On further investigation, Geller learns the most crucial fact about Al Massih which explains his intentions. He spent a semester studying Political Science in Massachusetts, where he was taught by Oscar Wallace, whose lines he quoted while interacting with Geller previously. This reveals that he could potentially be a terrorist who causes social disruption and creates chaos and violence by making individuals question things. This is precisely what’s been happening in Texas and Israel.

But things take another twist as Al Massih tells Felix that it is finally time to go and asks Felix to choose the destination. Felix then packs up everything and decides to leave with his family. This is followed by another heated argument between Anna and Felix. But Rebecca to wants to desperately leave the town, and three of them along with Al Massih leave Texas. They are followed by hundreds of cars, including the lady whose daughter has cancer. Rebecca posts images of Al Massih on Instagram that go viral and get her thousands of followers. Due to one of the photographs, it assumed that Massih will go to Washington and so they all leave for DC. Geller, Mathers, Aviram, and Miriam, all follow him, along with his countless other followers.

Al Massih leads the crowd towards the Lincoln Memorial Reflecting Pool near Washington Monument and addresses them, as several others join, along with students and journalists from around the area. He quotes from the Bible, and hints at the approaching Judgement Day. Al Massih then begins to walk on water. This leaves the crowd awe-struck and mesmerized.

Simultaneously in Israel, Jibril continues to have vivid visions about his mother and Al Massih. In the last one, Massih gives out his hand to Jibril who gets up to do what he thinks his purpose is. He strips down naked and walks towards the border. Just as Al Massih walks on water. Jibril walks towards the army officer who holds up his gun to shoot. But Jibril continues to walk and stands naked right in front of the officer with gun touching his skin. The officer lets his gun down, and allows Jibril to pass. This is followed by several refugees, who stayed behind, finally crossing the border to Israel.

First things first, the sixth episode of ‘Messiah’ is definitely its most intense one so far. It shook me up and left me on the edge of my seat in most of its 43 minutes. Things finally begin to unfold, and nothing is what it seems to be. The unpredictability of ‘Messiah”s narrative is what makes it such a powerful thriller to watch. The suspense is at an all time high from the time the episode begins.

With Jibril’s mother’s resurrection from her burial, and Massih giving him a gun, we spend most of the episode anticipating something could go terrifyingly wrong with Jibril. He’s also perhaps the character who is the easiest to care for because of his innocence and devotion. On the other hand, in Texas, we have things going out of control, which in itself becomes anxiety-inducing as there are thousands of innocent lives at stake. The narrative builds in such a way that our hearts go out to each one of them. But the lady with her daughter who’s suffering from cancer, make up the most heart wrenching bit of the story.

The episode also reveals the terrifying aspects of following Al Massih. As Miriam mentions, it really does feel like the man is the pied piper. We also have Felix’s blind faith on Al Massih, which kind of smells of trouble as he is responsible for the thousands of lives that are following them. He is also unable to see the other sides to the story. Anna, here, provides a voice of reason as she continues to question Felix’s decision.

Also, Al Massih seems to be increasingly eerie as the series progress. We also finally know his real identity, and the fact that he could be in fact a terrorist brainwashing and luring innocent people to cause disruption.  The social media bit kind of adds to this as he indirectly does make use of social media to get both attention and more followers, through Rebecca. Will a real messiah do that? These are the doubts we have throughout the episode.

But the ending just throws all of us with how the events unfold. How does Al Massih walk on water? Is he really the second coming? Then what about his actual identity and past? At the same time, we have Jibril stripping down naked and finally crossing over to Israel, in a staggeringly tense scene. But will Israel accept the refugees? What did the gun mean? Is there a war approaching? Let’s hope for the coming episodes to answer that.