Michael Albert Dojaquez’s Murder: How Did He Die? Who Killed Him? 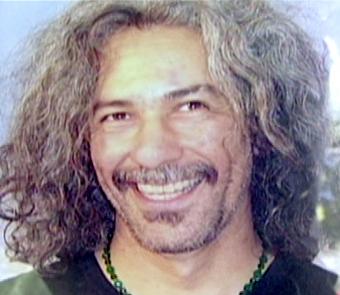 Among the vast menu of true-crime series broadcasted by Investigation Discovery, is ‘A Time to Kill’. The series emphasizes the final hours of a victim’s life in dreadful crime scenarios. The first episode aired in June 2020. Each episode is an hour-long featuring investigations where pieces of evidence are pieced together to reconstruct the entire timeline centered on the critical moments of a crime which helps in determining the motive of the killer. The approach allows audiences to know the crime and the criminal closely.

One such episode ‘Who Killed the Yogi’, originally aired in December 2020, tells the story of the death of Michael Albert Dojaquez, a yoga teacher in Arizona. We conducted a little research and compiled all the necessary details of this baffling case.

How Did Michael Albert Dojaquez Die?

Michael Albert Dojaquez was born March 26, 19558 in Patagonia, Arizona. A local yoga instructor, he was a jolly family-man, known for his congenial nature. So when his family was given the news of his death, they were evidently devastated. “My son will never get to hear him say, ‘Keep it squeezy,’ or ‘Oom-bop-uh-loom-bop-a-wang-bang-boom.’ He’ll never get to hear that again. All I have now are pictures and memories,” despaired his daughter Brianna Dojaquez. Dojaquez’s mother, Lydia described him as the perfect antidote to the world which “has a lot of sadness and has a lot of wrong things in it.” Dojaquez was shot dead on September 26, 2003, on his front porch of his home at North Sparkman Boulevard, near North Country Club and East Grant Roads in Arizona.

Dojaquez loved his family. Brianna Dojaquez reminisced the times her father took her to the Gaslight Theatre to see plays and to the renaissance fair in costumes. In her statements commemorating her father, she regretted the fact that her children would never see their grandfather again. Amber Lynn Trudell was arrested in November 2003, for Dojaquez’s murder. At the time of her arrest, she was in New York.  The police are said to have believed that Dojaquez and Trudell met each other through the Yoga Oasis. The two had developed an affair while knowing each other’s marital statuses. On the night of his death, Dojaquez and Trudell had a disagreement which ended in Trudell drawing her pistol out. According to Trudell’s statement, in a fit of passion and fury, Dojaquez had taken her hand with the pistol, put it on his forehead, and then fired it. Dojaquez’s lifeless body on his porch was later spotted by his neighbor who called and informed the police.

On November 18, 2003, Amber Lynn Trudell, arrested in New York for the slaying of Michael Dojaquez, was brought back to Tucson to face charges of first-degree murder. Trudell, an accountant by profession, took group classes with Dojaquez at Yoga Oasis, 2631 Campbell Avenue, Arizona. She reportedly also took private classes with Dojaquez which was the contributing factor to the affair that commenced between them despite their marital statuses. On September 25, 2003, the couple went out drinking and returned to Dojaquez’s North Sparkman Boulevard residence at around 1 in the morning. The couple had already been arguing.

Trudell alleged that Dojaquez had assaulted her physically and sexually to an extent that Trudell expressed a strong desire to return to her husband which angered Dojaquez. According to Trudell’s statement, it was then when she had drawn out her pistol, and Dojaquez immensely contrite with grief had grabbed her hand with the pistol, pointed to his head, and shot himself.

Trudell’s first trial ended in a hung jury when the members could not decide on the charge of the murder. Her second trial ended with the jury convicting her of second-degree murder and sentenced her to 13 years of jail on October 18, 2005, after more than two years of the crime.