Who Are Michael and Juliana From 90 Days Fiance? 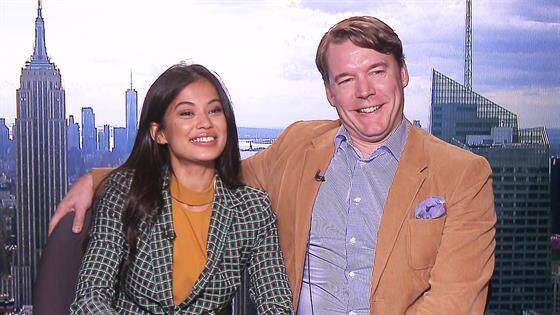 TLC’s flagship reality show, ‘90 Day Fiance‘ is back with a bang, premiering on November 3, 2019. For those who do not know, this series is about couples finding love across borders — with one foreigner traveling all the way to the US in order to meet his/her partner. However, here’s the ultimatum! They need to get their K1 visas processed so as to finally settle in America.

Who are Michael and Juliana?

Across the seasons, ’90 Days Fiance’ has featured pretty of odd couples. But when season 7 revealed its sneak peek, we got to meet one of the most interesting pairs yet: 41-year-old Michael Jessen from Connecticut and 23-year-old Juliana Custodio de Sousa from Brazil. While Michael is a divorced dad to two kids and a well-to-do financier, who loves guitars and vintage wines, Juliana is an attractive, young, professional model. She was in a marriage for a short while but does not have any kids.

The two met in one of Michael’s yacht parties in Croatia. According to Juliana, they were seated across each other and it was almost love at first sight. According to her, “When I saw his green eyes and smile, I just melted. I really wanted to talk to him, but I couldn’t speak English at this time.”

Are Michael and Juliana Really a Couple?’?

In spite of their cultural and language differences, Michael and Juliana gradually started communicating and knowing each other better. But when Juliana decided to come to the US to meet Michael, she was not granted a tourist visa. So, the pair decided to get engaged and apply for a K1 visa. Thus, their grand entry in the show.

In the meantime the application was under process, they did manage to find time to meet one another. Michael said, “As we were going through the K-1 visa process, for almost a week per month we’d figure out a way to get together. She was living in London for a bit so I’d visit her there, or I’d have business in Asia and she’d meet me there. We’d take special trips, Chile, Argentina, a special Bugatti driving trip.”

Is Juliana a Prostitute? Of Course Not!

One of the very controversial statements in the sneak peek clip of ’90 Day Fiance’ season 7 is when Michael has to explicitly say, ‘No, she is not a prostitute’. Yes, and we can guess why he has to offer an explanation. With the reality tv audience being so judgmental, it is easy to arrive at such conclusions.

Even the immigration department had their doubts when they interviewed Juliana for her visa. In a statement by Michael, “We were asked during Juliana’s visa interview in Rio de Janeiro if she had worked as a prostitute within the last 10 year. And, of course, the answer was no. She’s not a prostitute!”

Juliana would definitely face some issues when she has to take up the responsibilities of acting as a step-mom to Michael’s kids. But to add to the complications, she has already managed to earn Michael’s ex’s resentment. When the model applies make-up on one of the kids, the ex says, “What I want from you is to not parent.”

Yes, it is definitely challenging for the whole blended family scenario to sink in. Michael is additionally worried if Juliana can adjust to a more regular life — since, to date, their relationship has all been about lavish dates, parties, and vacations. Meanwhile, Juliana is all thrilled to be in the US. She said, “I’ve been to all the biggest cities in the world modeling,” she says. “But now I finally get to see the U.S. I can’t wait to see snow fall.”

What do you think would be the end to Michael and Juliana’s 90 Days journey? Tune in every Sunday on TLC and catch up on the show to be updated with the latest drama!