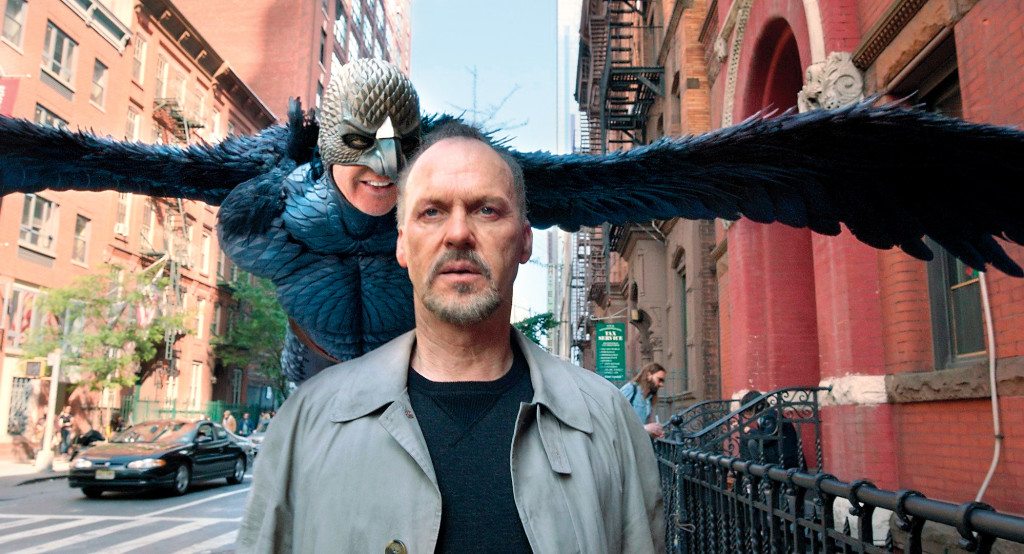 Oscar nominated for his remarkable performance in Birdman (2014), Michael Keaton nearly won the Oscar for that sublime performance. A year later he won the New York Critics Award for Best Actor in Spotlight (2015), but was snubbed by the Academy just as he was for The Founder (2016), both performances deserving of Oscar nominations.
It cannot be forgotten he was once Batman (1989) for director Tim Burton, a choice that initially left fanboys howling in rage…until they saw the film. At that point, no one else could have been considered for the part, he owned it. But after the first sequel, Keaton saw the franchise going in a different direction without Burton and wanted no part of it.
Today, audiences might be surprised to know he started as a hyper active, human hurricane in Night Shift (1982) a well liked comedy from director Ron Howard. Keaton all but exploded off the screen in the film, thrilling audiences with his wild comic intensity. After knocking audiences and critics as the nasty ghost Beetlejuice (1988) he was cast as Batman, which impacted his career for the better, and eventually the worst. Here is the list of top 10 Michael Keaton movies that showcase his acting talents.

Brilliant as a once hugely famous actor having played a super hero known as Bird Man, he is now a struggling actor-director mounting a play on Broadway. Faced with dealing with the myriad of egos existing in the theatre, he hears the voice of Bird Man, as well as everyone in his life, telling what to do. Keaton gave a performance of absolute genius, always in motion, his mind whirling, creating an artist trying to be accepted as one again. Critics lavished well earned praise on the actor, welcoming him back from career purgatory, and audiences were excited to see him again. He was deserving of the Oscar he was nominated for.

Though many might think his second best performance was in Spotlight (2014) or Clean and Sober (1988) for me it was his wonderful work as Ray Croc in The Founder (2016). The creator of the massive McDonalds corporation, Roy often defied the brothers who truly created the fast food chain. Brash, fast talking, but passionate about his belief in what he was doing, the actor elevates the film as great actors do, to a better movie than it deserves to be. Croc took the franchise to levels the brothers never would have thought of or dreamed of. Again, Oscar should have been watching.

Huge critical acclaim came to Spotlight (2015) and the Academy Award for Best Picture. This marked the second year in a row the actor had been in the years Best Picture, and again his performance was the Heart and soul of the film. As the editor of the Boston news Spotlight column, Robby, stumbles onto a scandal within the Catholic Church that he cannot let go, knowing the heavy populated Catholic area will be angered, and the Church will try to cover it up, he and his staff dig in. Keaton won the New York Film Critics Award for Best Actor, despite being campaigned for the Oscar as Supporting Actor. Oddly, incredibly, he was snubbed of a nomination.

It is often forgotten that for this riveting performance as an addict, Keaton won the National Society of Film Critics Award for Best Actor. That is rather huge. Normally, an Oscar nomination would go with that Honor, but not always, and not for Keaton. Nonetheless, he is brilliant, infuriating and heartbreaking as an addict struggling to get clean and stay clean. The ravages of alcoholism have brought him as low as he can be, and now he is carefully climbing out of the hole.The film came at a time when the actor was not known at all for his dramatic talents, and made clear he was gifted both comedically and dramatically.

The grossest ghost you could meet, irreverent, vulgar, arrogant, everything about this, er, thing spells trouble. Yet the troubled young couple call him to help get rid of the humans who have moved into their home after their unfortunate demise. The job of Beetlejuice is to scare them away, period, by any means he chooses. Keaton taps into that wild mind from Night Shift (1982) but goes deeper, speaking in a guttural voice, changing size, bouncing about the screen with that glorious Keaton energy. He was an absolute delight.

The first time we see him as Batman is the test, the OK, show me. Five minutes after seeing him, hearing as Batman, any doubt about Keaton in the role are gone, never to be thought of again. Speaking in a deep growl under the mask, a different character entirely as Bruce Wayne, his alter ego, Keaton is the heart and soul of the film, despite being upstaged from time to time by Jack Nicholson’s Joker. As Keaton tells two thieves who ask who he is, “I’m Batman” and we believed.

The actor portrays the same character in two different films for Quentin Tarantino and Steven Soderbergh, each gifted directors. In Jackie Brown (1997) he is an FBI agent on the trail of a very bad guy, but knows the only way to him, is through a low paid flight attendant who carries drugs for the drug dealer. Slipping into his character he becomes part of a very fine ensemble, perhaps thrilled with not having to carry the film. With Out of Sight (1998) he is again on the hunt for a crook, this time George Clooney, a gifted thief who falls hard for a cop. Again, Keaton slips into an ensemble and in each film is outstanding.

The first and best, by far sequel in the original Batman franchise pits the Caped Crusader against villains known as Penguin, Catwoman and Max Schreck. Keaton is again outstanding as Batman/ Bruce Wayne, but once again Burton allowed the villains to steal the film, especially Michelle Pfeiffer as Catwoman/ Selena Kyle. Keaton has a lovely chemistry with her, sexually charged, and this time they are not afraid to make that clear. It was the last time we would see the actor in the Batsuit, and neither Val Kilmer nor George Clooney could fill it as Keaton had.

Though it is a sappy, sentimental film, made to pull tears, Keaton is outstanding as a terminally ill husband and father to be. Nicole Kidman portrays his wife and though they Milk every moment for the most tears, Keaton is a very good in the film. Like all fathers he worries he will not there to protect, to teach, which is what we Dads do. Keaton uses video tapes, hundreds of them in taping his last month and weeks together. Though a tearjerker first and foremost, the actor is surprisingly good, elevating the script to something rather powerful.

Very few actors have a debut such as this. Explosively comedic, he steals the film entirely from the two leads, Henry Winkler and Shelly Long with a startling comic performance buoyed by a furious energy. As Billy, a goofy young man who lands a job in the city morgue working with ultra conservative Winkler, the pair concoct a scheme to turn the place into a high class brothel. And it works, partly because of Bills marketing savvy, he is an idea man, mostly because of Winklers business sense. Keaton really is a hurricane of energy, and just like that, a star was born.