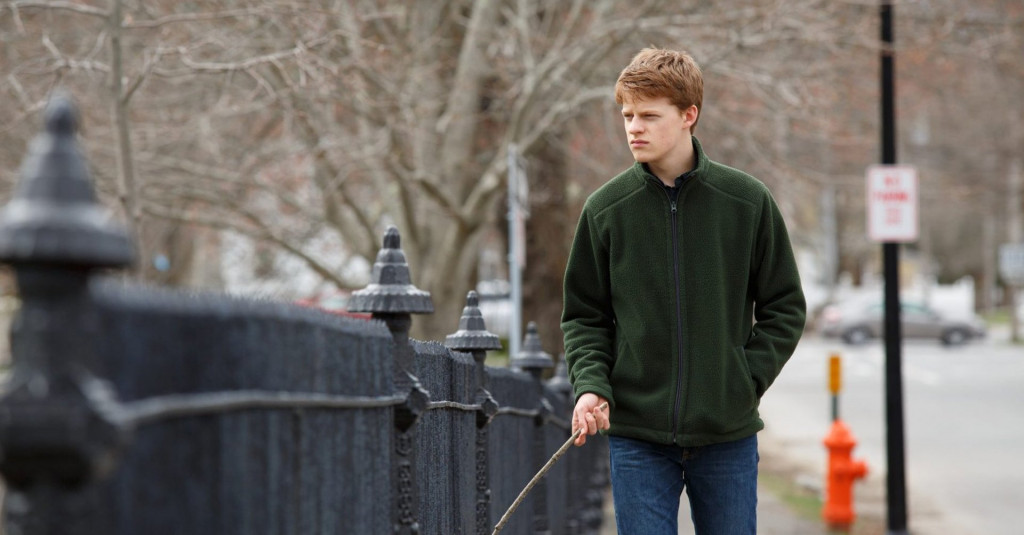 Lucas Hedges has moved on from his critically acclaimed role in ‘Manchester by the Sea.’ The actor, along with Michelle Pfeiffer and Tracy Letts, has signed on to star in the comedy ‘French Exit,’ reports the Wrap. The movie is based on the international bestseller ‘French Exit: A Novel’ by Patrick deWitt. Azazel Jacobs, who is known for ‘The Lovers’ and ‘Terri,’ directs the movie from a screenplay by DeWitt, revealed a pre-Cannes festival announcement.

‘French Exit’ follows Frances Price, played by Pfeiffer, who is a 60-year-old poverty-stricken Manhattan socialite. She lost her wealthy husband Franklin 20 years ago and with his inheritance dwindled, she faces a dead end. After combing through the odds and ends, Price decides to cash in her remaining possessions and move on to a modest Parisian apartment to lead a life in oblivion. Her plan is to “to die before the money ran out.” But things turn on its head when her imprudent son Malcolm, played by Hedges, joins her in Paris. All she has to lean on is a talking cat, voiced by Tracy Letts, who is a living memory of Franklin!

Malcolm is Hedges’ major role in a feature after Manchester by the Sea,’ for which he received an Academy Award for Best Supporting Actor nomination. Hedges became the eighth youngest actor to get a nomination. He has also earned a Golden Globe nomination for his performance in Joel Edgerton’s 2018 flick ‘Boy Erased.’ His recent movies include ‘Three Billboards Outside Ebbing, Missouri’ and ‘Lady Bird.’

Pfeiffer’s last feature was Marvel’s ‘Ant-Man and the Wasp.’ She also appeared in ‘Murder on the Orient Express.’ She has Disney’s ‘Maleficent: Mistress of Evil’ lined up for release on October 18, 2019. Pfeiffer will be seen playing an important role in the movie alongside Angelina Jolie, Joe Roth and Duncan Henderson. The actress received Academy Award nominations for her performances in ‘The Fabulous Baker Boys,’ ‘Love Field’ and ‘Dangerous Liaisons.’

Azazel Jacobs is known for his 2017 romance-drama ‘The Lovers,’ starring Debra Winger and Letts. His 2011 comedy-drama ‘Terri,’ starring Jacob Wysocki and John C. Reilly, also earned him critical praise. ‘Terri’ was written by DeWitt. His ‘French Exit: A Novel’ was shortlisted for the Scotiabank Giller Prize earlier. The Tony Award winner Letts is known for his roles in ‘The Post,’ ‘The Big Short’ and ‘Lady Bird.’ Letts’ upcoming movie is ‘Ford v. Ferrari.’

Rocket Science has recently been attached with some of the promising projects like Aaron Sorkin’s ‘The Trial of the Chicago 7,’ which features Eddie Redmayne, Sacha Baron Cohen and Seth Rogen, Gary Shore’s ‘Queen Mary’ and Jonathan Jakubowicz’s ‘Resistance,’ starring Jesse Eisenberg.