Mikarah Sanders’ Murder: How Did She Die? Who Killed Her? 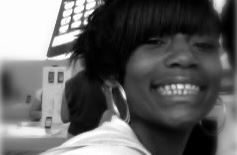 Social Media, while an integral part of most teen lives today, is a dangerous platform that can provoke strange behavior, sometimes even murder. Mikarah Sanders had an active MySpace profile where she often posted pictures of herself and the people around her. However, this very profile of hers became the reason for her untimely death. The investigation into Mikarah’s death reveals the shocking circumstances that led up to the disastrous event which changed Mikarah’s family forever. Investigation Discovery explores this case in a feature under the title ‘A Grave New Year’. We found out the most excruciating details regarding this case.

How Did Mikarah Sanders Die?

Mikarah Sanders was an outgoing girl who was fond of having a good time in whatever she did. She was interested in multiple activities and took up sign language classes, and sang in her church choir. She had also traveled to India and Malaysia with her grandmother as part of a youth ministry trip. Mikarah was in a relationship with Matthew Dubois, whose family was seemingly also close to Mikarah’s family. However, Matthew was not the perfect boyfriend as he might have appeared.

According to charging documents, on December 31, 2009, just after 9:30 p.m., King County Sheriff’s deputies received a 911 distress call from an apartment at 12445 Ambaum Boulevard in Burien, Seattle. The caller informed the deputies about a shooting in which two people had been injured, and the gunman had fled the scene. The charging documents further entail that the deputies found Mikarah Sanders lying face down in the bedroom of the apartment which belonged to resident Matthew Dubois. She had been shot at a close range in her left cheek with a .357 caliber Taurus handgun. The handgun was later retrieved from under a stairway in the apartment complex. Sanders was unresponsive and without a pulse. The deputies reportedly gave her CPR. She was then taken to the Harborview Medical Center where she was pronounced dead early the next morning on January 1, 2010.

Reports additionally account for some of the neighbors’ statements who also claimed to have heard Mikarah and Mathew arguing right before they heard the gunshot. Matthew was also admitted to the same hospital as Mikarah for a gunshot wound he had sustained to his shoulder. Even though Matthew allegedly tried to make up a scenario in which he accused an imaginary man of the shooting, the investigation team caught up to Matthew’s lies soon enough.

Matthew Dubois, the then-boyfriend of Mikarah Sanders, killed her. According to the King County prosecutors, Matthew D. Dubois shot Mikarah Sanders before shooting himself in the shoulder. Matthew initially, said that he and Mikarah had been shot by another man at Dubois’s family apartment. Matthew’s brother’s girlfriend, who was also present at the scene, was one of the many other witnesses who backed Matthew’s claim about the intruder gunman. She also stated that Mikarah and Matthew had been fighting over a post on Mikarah’s MySpace profile. The post had a comment from Mikarah’s former boyfriend, which had triggered Matthew’s temperament. Matthew had been “playing” with a pistol throughout the evening.

Matthew’s brother’s girlfriend changed her statement later on saying that the argument between Mikarah and Matthew had continued in the back bedroom when she heard a shot. She had gone into the room to see Mikarah fatally wounded. She then witnessed Matthew shoot himself in the arm. Subsequently, following Matthew’s instructions, she called 911. She was also told by Matthew to go to a relative’s apartment in the same complex and to tell the police a lie that someone else had shot Sanders and Matthew. The girl complied because she admitted that she was scared of Dubois. On January 5, 2010, Matthew Dubois was charged with the second-degree murder of Mikarah Sanders. He was sentenced to 14 years in prison on October 17, 2011.