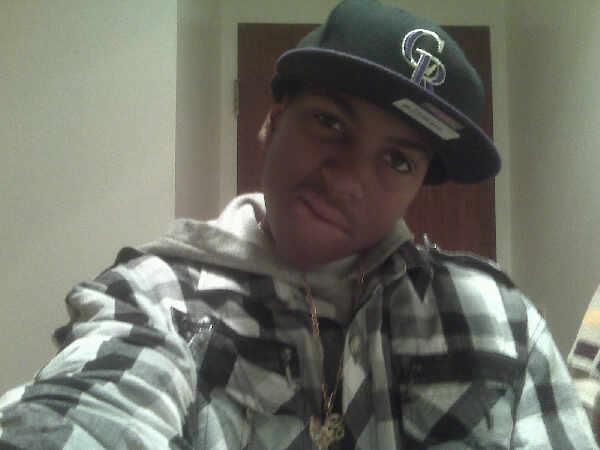 Investigation Discovery’s ‘A Grave New Year’ narrates the story of the brutal murder of Mikarah Sanders. Mikarah, a 15-year-old teen, was shot by her boyfriend, Matthew Dubois. Mikarah was said to be an amicable and cheerful person who had numerous hobbies. She had traveled to Malaysia and India with her grandmother and loved singing in her church choir.

Mikarah had a social media profile on MySpace.com. She posted several pictures of herself and people around her on her profile. One day, just before the beginning of a new year, her then-boyfriend, Matthew Dubois flew into a rage because of a comment in one of her MySpace posts. The events that followed led to the shocking death of Mikarah. Matthew was later arrested and convicted of her death. Let us find out more about him.

Who Is Matthew Dubois?

Matthew Dubois was the boyfriend of Mikarah Sanders at the time of Mikarah’s death. He was a student at the Highline High School. He was with Mikarah, then 15-year-old, and his brother’s girlfriend on New Year’s eve, 2009. The Burien resident has a significant juvenile criminal history to his name. According to court records, he had been previously convicted for residential burglary, theft, and unlawful possession of a firearm. Matthew had been released from King County Juvenile Detention Center in 2009, where he was being detained on an assault charge. He was still on an electronic home monitoring system on the night Mikarah was shot. The King’s County sheriff’s deputies received a call after 9:30 p.m. on December 31, 2009. The caller, a female, told them that there had been a shooting and two people had been injured.

When the deputies responded to the call they found Sanders in the bedroom of Dubois’s apartment, lying face down, a bullet wound in her left cheek. By following a blood trail starting from Dubois’s apartment the police tracked down Dubois, who was in another apartment in the complex. From the initial statements given by both Dubois and his brother’s girlfriend, the shooting had allegedly been caused by another man who was also a resident at Dubois’s apartment complex. However, this particular claim was soon discovered to be a facet to cover up the truth. Later, the police say, Dubois’s brother’s girlfriend revealed that it was Dubois who had shot Mikarah out of rage.

According to Matthew Dubois’s brother’s girlfriend, Matthew and Mikarah had been arguing about a comment on Mikarah’s post left by her former boyfriend. She further mentioned that Matthew had flown into a rage and reportedly shot Mikarah. He had then proceeded to shoot himself to create a piece of evidence to back up the lie he was about to tell regarding the shooting. Both Mikarah and Matthew were brought to Harborview Medical Center in Seattle, where Mikarah was pronounced dead early the next morning. The .357 caliber Taurus pistol used to shoot Mikarah was later found under a stairwell in the apartment complex.

Owing to his previous criminal engagements, Dubois was not treated as a minor and was automatically charged as an adult. He was charged on January 5, 2010, with the second-degree murder of Mikarah Sanders. He pleaded guilty in August 2011. During his plea signing, Dubois reportedly said, “I do not want to risk the possible bad results of going to trial and losing.” On October 17, 2011, he was sentenced to 14 years in prison. He is currently serving his sentence in Coyote Ridge Corrections Center.

Read More: Mikarah Sanders: How Did She Die?