Investigation Discovery’s ‘Homicide City: The Thin Blue Line’ follows the brutal murder of Corporal Mike Beverly in October 2001 in Highland Gardens in the western section of Chester, Pennsylvania. The police launched a massive search operation for the killer and were able to arrest them nearly a year after the homicide. If you’re interested to know more about the case, including the perpetrator’s identity and current whereabouts, we’ve you covered. Let’s dive in then, shall we?

How Did Mike Beverly Die?

Corporal Michael “Mike” Beverly was born to Geneva V. Scruggs Beverly and Charles Beverly Sr. on February 3, 1965, in Linwood in Delaware County, Pennsylvania. He grew up in Chester, Pennsylvania, in a close-knit family with 12 siblings. After a stint in the Marines, Mike attended North East Christian University, where he met his future wife, Claudia. Their marriage bore them five children, and Mike loved being a father. In 1989, at the age of 24, Mike joined the Chester Police force and was assigned to the detective division of the police department.

Retired FBI Special Agent Ray Carr said, “Mike was an outstanding detective and an excellent police officer. The attention to detail that he paid, his source information, his ability to gather information within the city were second to none.” In 2000, Mike was promoted to Corporal and became an integral part of training officers. The US Marine Corps veteran had served with the Chester Police Department for 11 years and had previously served with the Delaware County Prison. Hence it shocked his family and co-workers when he was fatally shot multiple times in October 2001.

On October 16, 2001, the Chester police officers received a radio call stating a uniformed officer was down at Highland Gardens in western Chester. All patrol cars in the immediate vicinity rushed to the scene to find 36-year-old Mike lying on the curb in a pool of blood. He had been shot at least four times with a .44-caliber pistol in the head and upper body from a range of about two feet. According to the show, he had a surprised expression on his face, his hands in the upward direction, holding his car keys and gun in the holster. The paramedics proclaimed Mike dead at the scene.

The foremost task for Mike Beverly and his team was to keep the streets of Chester safe from a local gang named Boyle Street Boys that thronged the Highland Gardens neighborhood in the western section of the town. According to the former police officers on the show, the area was infamous for drug trafficking and gang-related violence, with Boyle Street Boys responsible for the illegal activities there. His former co-workers recounted how he forbade them to go there at night without backup. 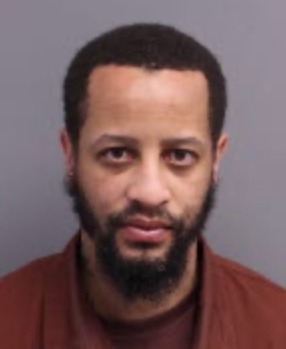 On October 16, 2001, the authorities were looking for Brian Rogers, a member of the Boyle Street Boys, who had allegedly shot a young mother named Tracey Saunders a week ago. According to the show, she had agreed to be a federal witness and testify against some of the gang-related illegal activities. The brutal murder of Tracey enraged Mike, and he was determined to track the alleged perpetrator, Brian, down at any cost. The investigators began to consider whether Mike had found a lead on Brian and went to pursue it alone at Highland Gardens.

A couple of days later, Brian was arrested in Darby, where he was residing with another gang member in his girlfriend’s home. When the investigators interrogated him regarding Mike and Tracey’s murders, he refused to cooperate and immediately lawyered up. With no evidence or witness tying him to either of the homicides, the police officers had no choice but to let him go. However, he was the prime suspect in both cases, and the officers started looking for evidence.

The detectives went through Mike’s phone records to find the last number he called belonged to a woman named Gloria Adams, who resided steps away from the murder scene. Mike had phoned her about ten minutes before getting shot to death. The investigators arrived at Gloria’s home to find the woman visibly shaken and upset about Mike’s death. She informed the officers she had known Mike for years and was a positive role model for her 18-year-old son, Maurice Day. She claimed Mike came to talk with Maurice frequently, who was seeking a chance to join the Boyle Street Boys.

As the detectives were interviewing Gloria, Maurice walked in and claimed he was at his girlfriend, Teressa Knight’s house at around 9:00 pm when the murder occurred. The police visited Teressa, and she corroborated his claim. On October 18, the officers received a tip to search the abandoned buildings on Boyle Street for possible firearms. They found the murder weapon, a .44 caliber revolver with four spent shell casings, wrapped in a shirt in one of them. While the ballistic report confirmed it was the gun used in the homicide, the authorities could find no DNA on either of the items.

By December 2001, the case was turning cold, and the authorities decided to boost the investigation by seeking help from the FBI and the Attorney District’s office. For the next few months, law enforcement officials subpoenaed almost every resident of Highland Gardens, including members of the Boyle Street Boys, and interviewed them. The ordeal paid off, with a woman claiming to witness Brian murdering Tracy. When Brian realized he was facing a lengthy prison term, he took a plea deal and stated Maurice as Mike’s killer.

Where is Maurice Day Today?

However, Maurice Day refused to confess, and the police had to let him go due to the lack of evidence tying him to the murder. In October 2002, a woman named Melanie Harris was arrested for drug possession, and she claimed to be an eyewitness to Maurice shooting Bryan. On October 13, 2002, Maurice was arrested and charged with first-degree murder. According to local news reports, Maurice was frustrated with her mother being friends with the police, which harmed his street credibility and made him a victim of regular taunts from his friends.

On March 2, 2004, Maurice was convicted of first-degree murder and sentenced to life imprisonment without parole. His defense counsel claimed authorities had no physical evidence tying him to the crime and questioned the credibility of the gang members serving as state witnesses in the trial. However, the 39-year-old’s appeals had been turned down, and he continues serving his sentence at the State Correctional Institution in Houtzdale.