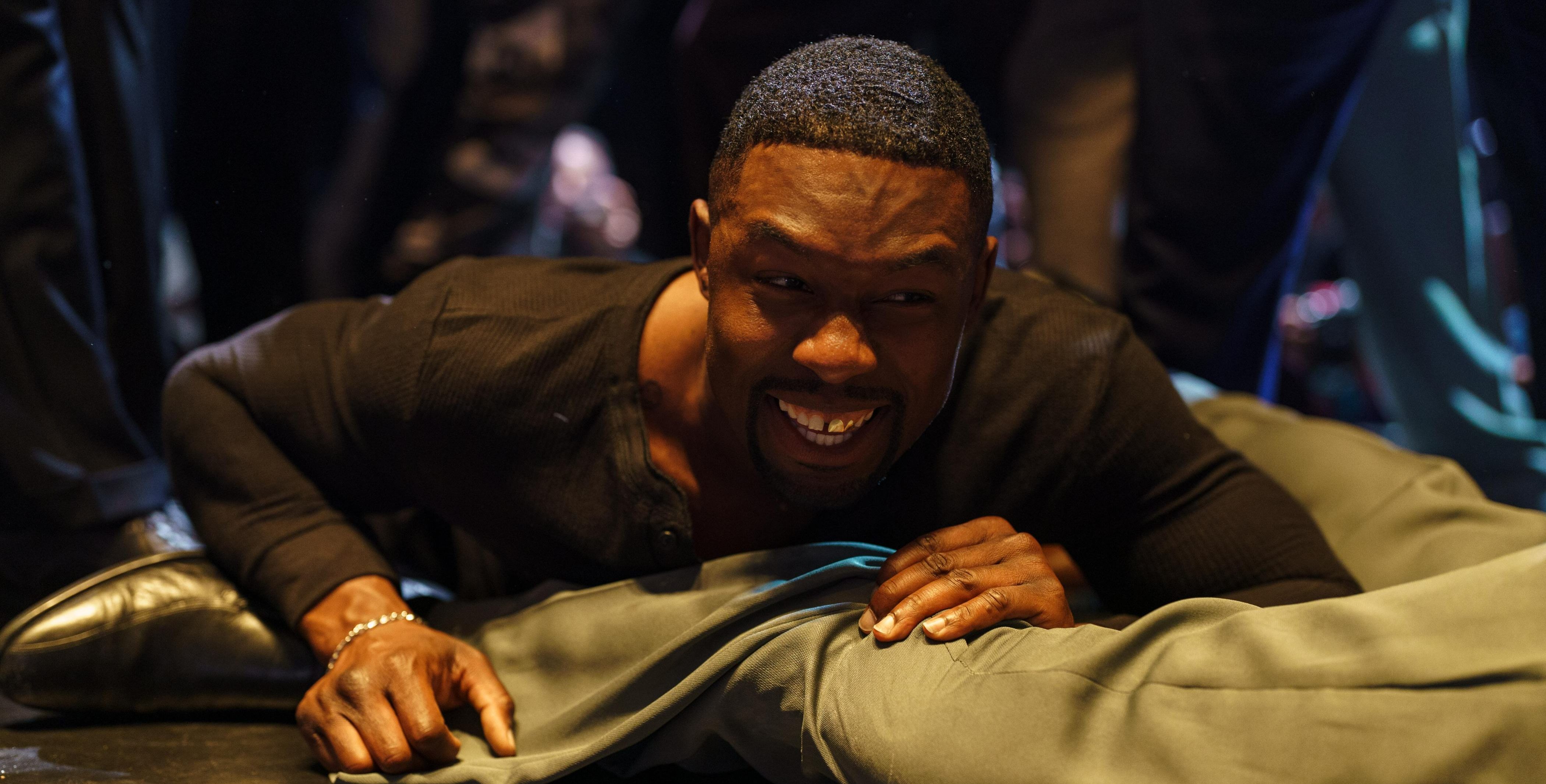 The seventh and eighth episodes of Hulu’s sports drama series ‘Mike,’ titled ‘Cannibal’ and ‘Phoenix’ respectively, follow the aftermath of Mike Tyson’s release from prison. Even though he doesn’t feel ready to step into the ring to fight, his promoter Don King prepares irrefutable deals for him. He fights Evander Holyfield and loses his heavyweight championship. Don arranges a rematch, which paves the way for career-altering consequences. The episodes also follow Mike’s personal life, exploring his marriage with Monica Turner and relationship with Lakiha “Kiki” Spicer. Episode 8 of the show ends with life-altering developments that happen in Mike’s life and here’s everything you need to know about the same! SPOILERS AHEAD.

‘Cannibal’ begins with Don King rushing Mike Tyson to get back to the ring soon after his release from prison. Following the advice of his girlfriend Monica Turner, he tries to fire Don but changes his mind at the last minute upon seeing the payment of $2 million as a match fee advance. With the help of Steve “Crocodile” Fitch’s motivation, Mike restarts his boxing career. After gaining the heavyweight championship, he loses the same to Evander Holyfield. Mike and Monica welcome their first child Rayna. When Monica becomes pregnant again, Mike proposes to Monica and they marry. Soon after their marriage, Don schedules a rematch between Mike and Holyfield.

During the match, Holyfield keeps on headbutting Mike, infuriating him. Mike ends up biting Holyfield’s ear and loses the match. Even though Mike tries to justify his actions, he starts to get referred to as a “cannibal” and “monster.” He even starts to fear whether his own children would see him in such a way. In between, he also consumes drugs repeatedly, which severely affects him. Gradually, Mike starts to believe that he doesn’t deserve the love of his wife Monica and he eventually “pushes her away.” ‘Phoenix’ depicts the aftermath of the controversial fight against Holyfield.

Mike gets banned from boxing for several months and eventually returns to the ring to fight Lennox Lewis. Although Mike gets all fired up for the match, he loses the same and loses an opportunity to become a heavyweight champion. The defeat marks his downhill and he eventually retires from boxing. He becomes broke and his accountants start to consider bankruptcy. By this time, Mike starts to believe that Don King played him, and his efforts to retrieve his money from Don end without a favorable result. The boxer reaches a stage where he has to borrow money to pay for groceries.

Mike Finale Ending: Do Mike and Kiki End Up Together?

Yes, Mike and Kiki do end up together. When Mike’s career starts to go downhill, he starts to lose the people who were around him when he had money and the spotlight. Everyone ends up abandoning him, except for Lakiha “Kiki” Spicer. In reality, Kiki stayed with Mike for a week after his defeat against Lennox to tend to his wound from the fight. As per Mike’s autobiography ‘Undisputed Truth,’ Mike and Kiki got in touch again after he became sober from drugs for a while. As the show depicts, Kiki got convicted around the same time for misappropriating federal funds with her mother Rita.

Kiki eventually got pregnant with Mike’s baby. When she was in jail, Mike returned to cocaine, as per his autobiography. In December 2008, Kiki and Mike welcomed their first child Milan. Mike struggled financially at the time and even couldn’t provide money for Milan regularly. Still, Kiki remained a pivotal part of his life. “During all this troubled time, Kiki kept her spirits up. She was always so optimistic,” Mike wrote in ‘Undisputed Truth.’ In June 2009, Mike and Kiki got married in a short and private ceremony at the La Bella Wedding Chapel at the Las Vegas Hilton.

Mike and Kiki’s marriage was a spontaneous affair and it happened when the latter started to worry whether she will able to visit him if he gets imprisoned for consuming drugs. But for Mike, marrying her wasn’t just about her meeting him at the prison in the future. “Kiki was making it sound like it was a practical thing but I loved that crazy woman. I didn’t want to marry her so she could visit me in prison with the baby, I wanted to marry her because I didn’t want to live without her,” he wrote in his autobiography.

How Does Exodus Die?

Days before Mike’s marriage with Kiki, he loses his daughter Exodus. In reality, the four-year-old died on May 26, 2009, after accidentally hanging herself on a cord dangling from a treadmill. “Somehow, she [Exodus] was playing on this treadmill, and there’s a cord that hangs under the console; it’s kind of a loop. Either she slipped or put her head in the loop, but it acted like a noose, and she was obviously unable to get herself off of it,” police officer Andy Hill told ABC News affiliate KNXV-TV. After finding Exodus hanging, her brother Miguel alarmed their mother Sol Xochitl, who reportedly untangled and took her to a hospital.

At the hospital, Exodus was on life support without any chance of recovering before dying. “Losing Exodus was the most bitter and helpless feeling I ever had in my life,” Mike wrote about the incident in ‘Undisputed Truth.’ “Losing Exodus is the only thing in my life that I can’t find any gratitude for. Someone has to pay and take the pain, even if it’s me. […] I often wonder that, if I was there, maybe things would have been different,” he added. Mike’s son Amir and daughter Rayna helped their father at the funeral of Exodus. “I was so proud of all my children being there and standing strong and honoring their sister [Exodus],” he wrote in his autobiography.