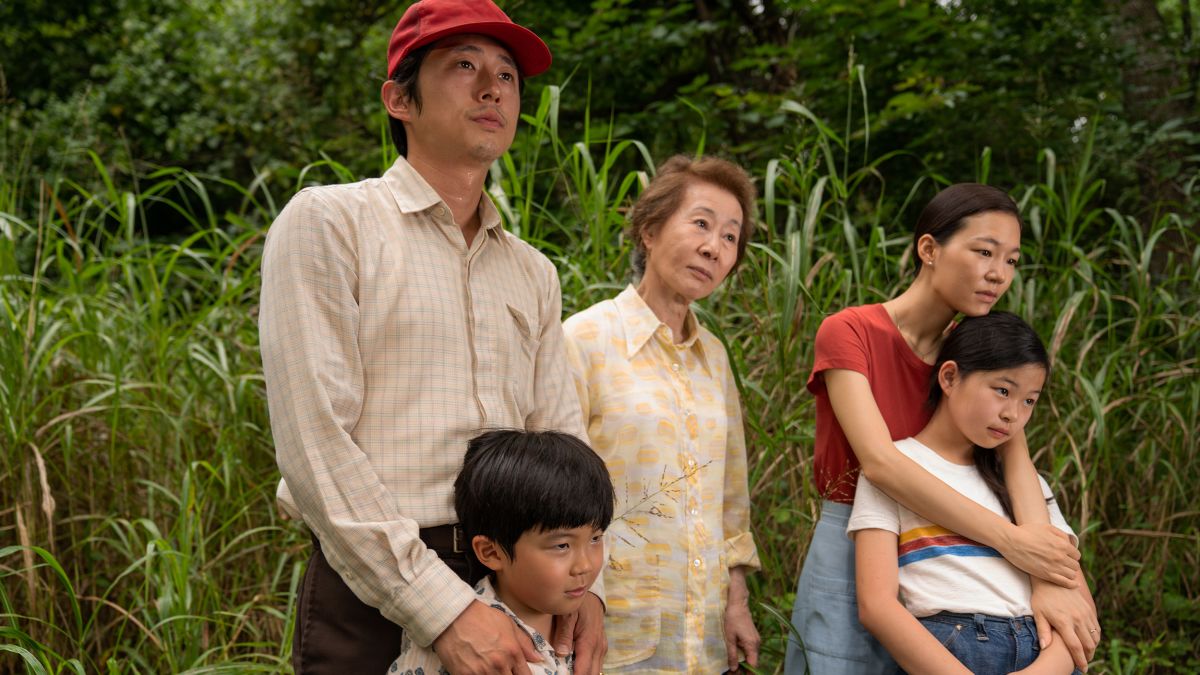 In ‘Minari,’ writer-director Lee Isaac Chung (‘Munyurangabo’) documents a South Korean immigrant family’s pursuit of happiness in rural Arkansas. The film is named after the Korean word for a type of water dropwort that, as Soon-ja (Youn Yuh-jung) tells her grandson David Yi (Alan Kim), can be used as medicine or put in any food, be it a stew, kimchi, or soup. The plant serves as a metaphor for the Yi family’s struggles to adapt to their new life and the day-to-day challenges they encounter. Chung tells this semi-autobiographical story from David’s perspective, effectively using the young character as the filmmaker’s surrogate. Set in the Reagan era, ‘Minari’ unfolds like a recollection of a cherished memory, ripe with nostalgia. Here is everything you need to know about the film’s ending. SPOILERS AHEAD.

Having spent a considerable portion of their early youths in California as chicken sexers, Jacob (Steven Yeun) and Monica Yi (Han Ye-ri) move their family of four to Arkansas’ green pastures. Jacob hopes to become a successful farmer, hoping to produce Korean vegetables for the Southern states’ growing Korean population. “Five acres is a hobby,” he tells his reluctant and skeptical wife, explaining why he has acquired 50 acres of the best dirt in America.

Except for David, all Yi family members, his parents and his sister Anne (Noel Kate Cho), were born in Korea. But the main source of conflict is not the immigration from the native country but the relocation from California. The disconnect which all of them start to feel in their ramshackle trailer in the middle of nowhere continues to fester within Monica throughout the film. Combine that with their ever-increasing financial woes and David’s heart problems, and you have a recipe for a disintegrating family. 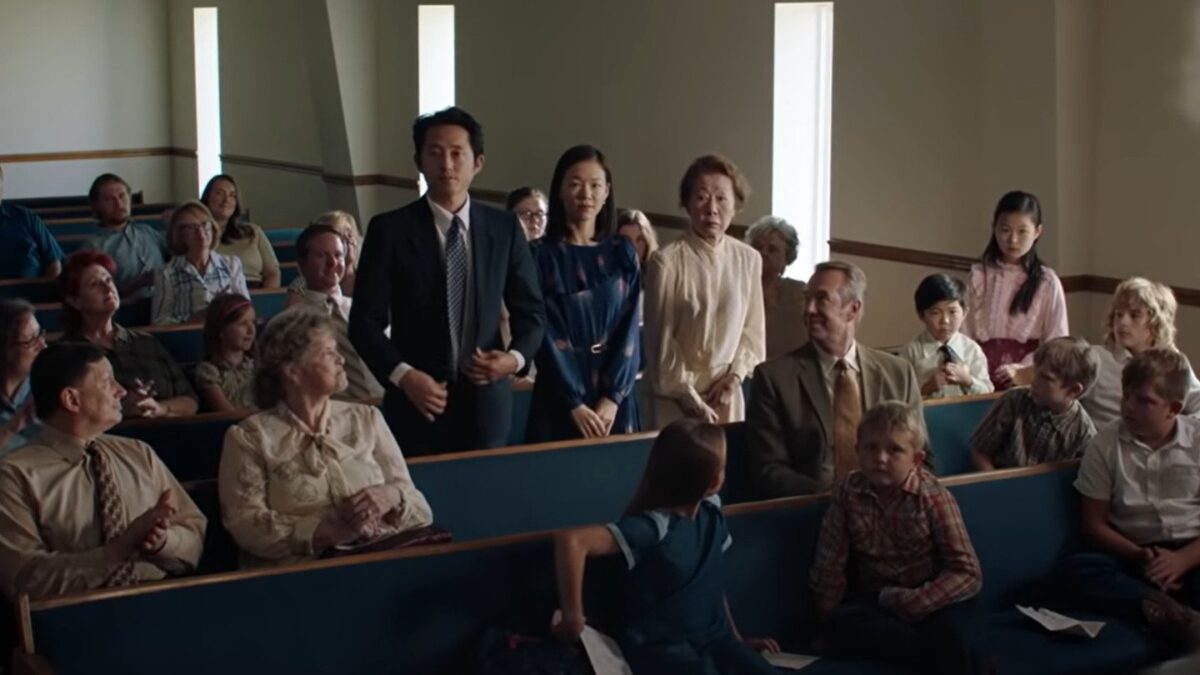 In their efforts to connect with the new neighbors, the Yis become a part of the local church and almost inevitably encounters casual racism, admittedly stemming from ignorance rather than malice. Both individually and collectively, they find friends as well, most prominent of whom is the town eccentric Paul (Will Patton), who is the very embodiment of the profound faith that resonates in that part of the country.

The plot changes gears following the introduction of Monica’s mother Soon-ja and her limitless optimism. She embraces her new life with a certain childlike wonder that is absent even in Jacob. And it ultimately improves things for David, whom his parents have always kept under constant supervision because of his heart condition. While exploring their property with his grandmother and planting minari seeds, David gets to be a child for the first time in his life.

Minari Ending: Do the Yi Family Continue to Live in Arkansas?

Yes, on both counts. As the film comes to an end, Jacob and Monica decide to make the Arkansas farm their permanent home. It’s a decision that didn’t garner consensus easily. One of the main reasons for the family moving from California to Arkansas is that, unlike Jacob, Monica wasn’t a fast enough sexer in the former state. But Jacob had his own share of disappointments with their lives in the Golden State. He has spent a decade as a sexer and strives to find something more rewarding to do than that job.

As the constant bouts of the spousal arguments reveal, the Yis don’t have much to show for their decade-long hard work, doing a job that they don’t necessarily like. Jacob is the oldest son of his family, and the responsibility of taking care of his relatives back home fell squarely on his shoulders, as it often does in conservative societies. Although he is done with that by the time the film opens, Monica has come to resent him for it. In her view, the money belonged to their children, and Jacob shouldn’t have given it away, especially when she didn’t send money to her own mother. 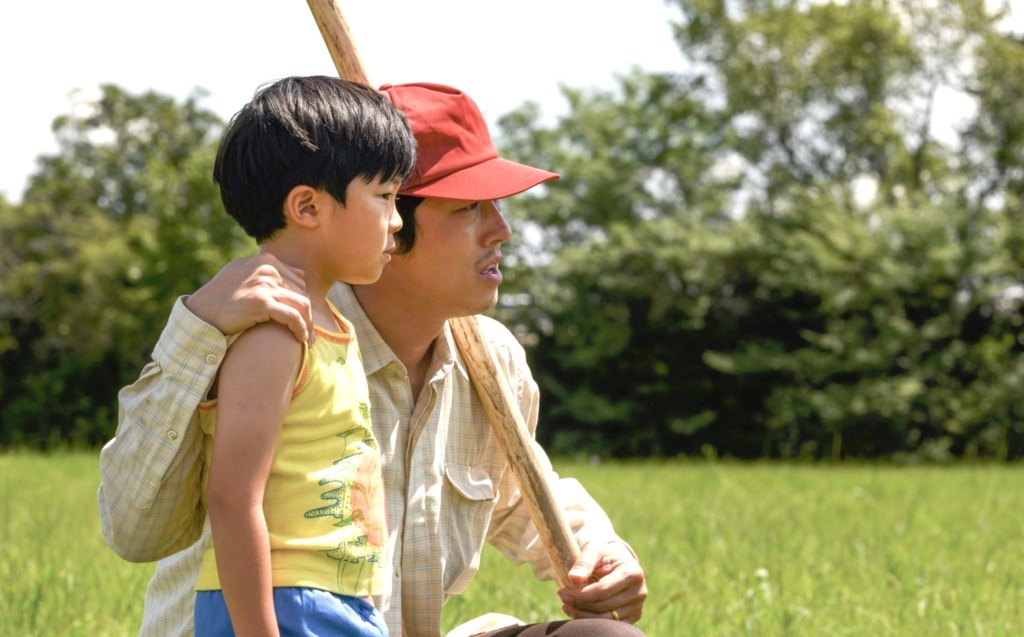 Even after her mother’s arrival, Monica continues to struggle with her new circumstances. While she was in California, she was surrounded by other Korean expatriates, which created a sense of community. She tries to convince Jacob to move the family closer to the Korean community in the nearby town. The problem is, Jacob doesn’t have a particularly high opinion of the other Korean immigrants. This is demonstrated in his frustrated ramblings to Paul when the prospective buyer in Dallas cancels their order for Jacob’s produce.

For Jacob, the farm is his direct path to achieve the proverbial American dream, and he is industrious enough to make an earnest attempt at it. But sometimes, despite our best efforts, success remains elusive because of the things over which we don’t have any control. The farm endures financial issues from the beginning. Jacob refuses to hire a water dowser (people who seemingly find underground water through divination using a forked twig). Instead, he finds water by figuring out the low grounds. But the well he digs there soon runs dry, and he has no choice but to use county water, which means that the family now has to pay for another thing that they can’t afford.

After the Dallas deal falls through, Jacob realizes that he will face financial ruin if he doesn’t find another buyer for his produce before it starts to rot. This affects his productivity at the local hatchery, where both he and Monica work. But the biggest problem for the couple, as well as their biggest source of contention, remains David’s health. The farm is located an hour away from the nearest hospital, and Monica believes that they are putting their son’s life in constant danger by staying there.

So, after the family, except for Soon-ja, travels to Oklahoma City to meet a specialist there for David’s condition, Monica gives her husband an ultimatum to choose between his family and the farm. To her surprise and horror, he picks the latter. In Jacob’s mind, he has invested too much and sacrificed too much to back out now from this specific trajectory of his life, no matter the consequences. 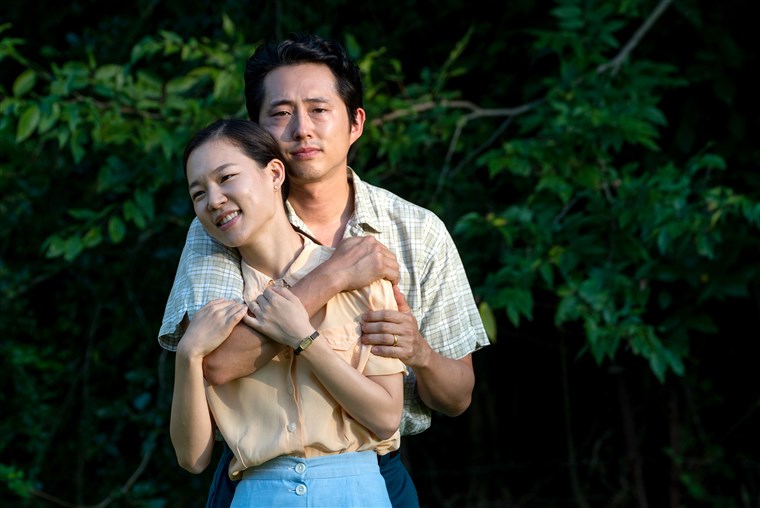 For Monica, his decision comes as an ultimate betrayal. So it almost becomes inconsequential that David seems to be naturally recovering from his condition because of his life in Arkansas. Jacob’s refusal to choose his family over the farm compels Monica to say that she wants separation.

It’s a surreal moment of contradictory emotions for Jacob. Besides learning that his son will be alright, he has managed to secure a buyer in Oklahoma City for his vegetables. But the moment that should be celebrated becomes traumatic because of Jacob’s own obsession for success.

And yet, eventually, he manages to discard that obsession at the right time. Soon-ja, who has recently suffered a stroke, accidentally sets fire to the barn where Jacob keeps his produce. When the Yis return, Jacob rushes into the fire to salvage whatever he can, and Monica soon follows. But when the fire turns into a raging inferno, they must decide what is most important to them and leave the rest. They save each other, and in the process, salvage their relationship.

The film ends with the visit from a water dowser, who points towards a location for the next well. Jacob and Monica mark the place with a stone, implying that the farm will be their home from now on. In the closing scenes, Jacob and David visit the creek to collect minari, which have grown in abundance since Soon-ja planted them. It’s a commentary on the future that the Yis might experience. Like minari, the family has finally and fully adapted to their new surroundings while maintaining the morsels of individuality that set them apart.

How Does Soon-ja’s Arrival Affect David and His Family?

Soon-ja comes to live with her daughter and her family because of David. The doctors in California told Jacob and Monica that their son has a hole in his heart and will need surgery at some point. Since the diagnosis, the distraught parents have consciously provided David with a sheltered existence. This changes after Soon-Ja’s arrival. She brings with her the old country’s values and beliefs and rejects the perpetual fear that her daughter and Jacob feel about David’s health. Soon-ja also serves as a link between Monica and Korea by bringing traditional medicines (for David) and native spices.

Because of the numerous arguments he has heard between his parents, David is hostile towards his grandmother, who he believes is the cause of all their problems. He adamantly thinks that Soon-ja is not a “real” grandmother because she doesn’t cook or bake cookies. But as the film progresses, a poignant bond develops between the two.

Soon-ja repeatedly tells her daughter to let David be a normal child. And although her requests are shot down every time, that is exactly what she does when she is alone with her grandson. He becomes her companion as she explores the nooks and crannies of the property. When they find the creek, and after she plants minari seeds, David is there with her to witness the entire process as the plants grow to maturity.

After her stroke, Soon-ja increasingly starts to feel like a burden to her daughter’s already struggling family and desperately tries to be as self-reliant and helpful as she can. Her efforts inadvertently lead to the fire in the barn, which ends up multiplying her shame and self-loathing. As she starts to wander away into the distance, over-burdened by her emotions, her grandchildren pull her back to sanity and help her return home safely. In her last scene, Soon-ja sits wide awake, watching the Yis sleep on the floor together. She doesn’t know it yet, but the fire has proven to be a blessing in disguise; it has saved her family from what seemed like an unavoidable dissolution.