Where to Stream Miraculous New York? 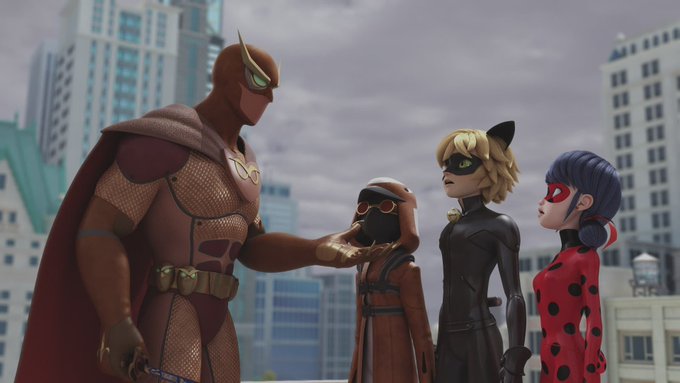 ‘Miraculous New York’ is a special episode released as a part of the ‘Miraculous: Tales of Ladybug & Cat Noir.’ The series follows two superheroes who protect Paris from creatures turning Parisians into villains. Even as Marinette and Adrien fight side by side, as Ladybug and Cat Noir, they don’t realize the two are also classmates. Now, the special episode sees the heroes go to New York, and you might be wondering what adventures await them. We have got you covered with the premise and where to stream the special episode.

What is Miraculous New York About?

Ladybug and Cat Noir meet superheroes in New York when they go on a school trip. Soon, the team is hard-pressed to defend the city and save the day from a dangerous villain. When an evil plan is hatched to steal a precious jewel that is said to contain superpowers, the heroes have no option but to step out of the vacationing mood to stop the nefarious side from winning.

Is Miraculous New York on Netflix?

Netflix makes stellar additions to the platform, which is what draws viewers to it and makes it so preferable. While you cannot stream ‘Miraculous New York’ on Netflix, the platform does host the previous seasons of the show. Thus, you can check out ‘Miraculous: Tales of Ladybug & Cat Noir’ here.

Is Miraculous New York on Hulu?

Hulu is a wonderful site that stays ahead of the curve thanks to its dynamic roster. While you cannot see ‘Miraculous New York’ here, you can check out ‘My Hero Academia.’ The story is set in a world where almost everybody has some superpower, except for the protagonist. He is born normal but enrolls in the hero academy, where his adventures begin.

Is Miraculous New York on Disney Plus?

Amazon Prime has a fantastic collection of animated shows, which is unsurprising, seeing that the site puts a lot of effort into curating content. You can’t see ‘Miraculous New York’ here, but follow the epic saga of Battousai the Slasher in ‘Rurouni Kenshin.’ We follow the swordsman who tries to live, honorably, while surviving a turbulent period fraught with dangers.

Sorry, but there is no way to watch ‘Miraculous New York’ online elsewhere. Disney has tightened the grip when it comes to the exclusivity of its content. Thus the juggernaut of entertainment has deemed that other places on the internet cannot host the same content that is available on Disney’s streaming site.

Where to Stream Miraculous New York For Free?

If you want to stream ‘Miraculous New York’ for free, head to Disney Plus and use their trial period. But, we urge readers to pay for the art they consume.