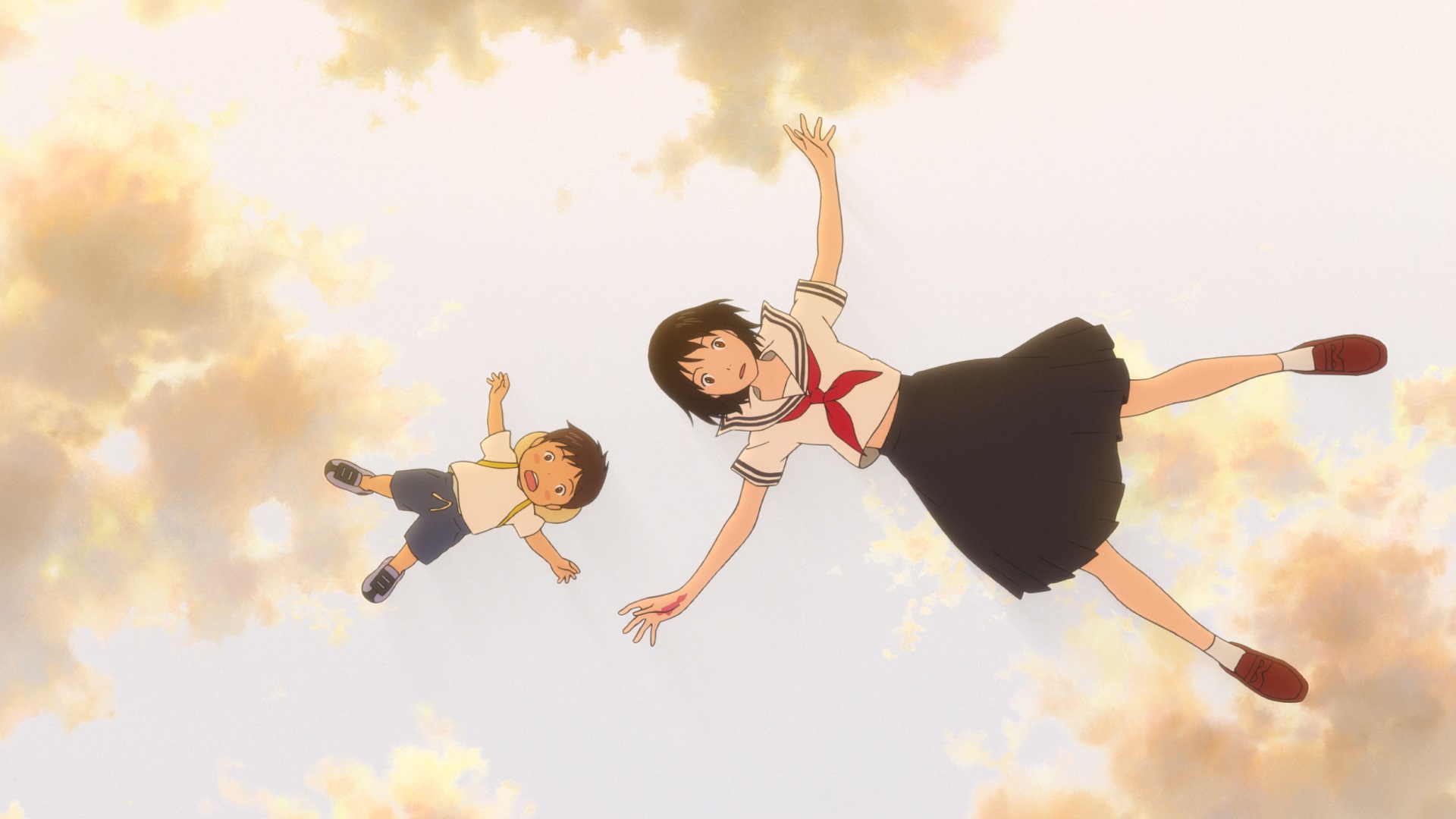 ‘Mirai’ is an Academy Award nominated film that follows the story of a boy who travels through the past and future to understand his present. Directed by Mamoru Hosoda, the film paints an intimate picture of a child’s point-of-view of the world and delves into the emotional themes that hit close to home. It is a kaleidoscopic experience that leaves you with much to think about. If you haven’t yet seen the film, bookmark this page for later. SPOILERS AHEAD

Four-year-old Kun encounters a massive shift in his life when his parents come home with his sister. At first, he is excited to have a sibling, but when his parents start paying less attention to him, he becomes jealous and starts throwing tantrums. As his frustration with this new situation increases, he comes across a strange set of events that take him back and forth through the past, present and future, and change his perception about his family. 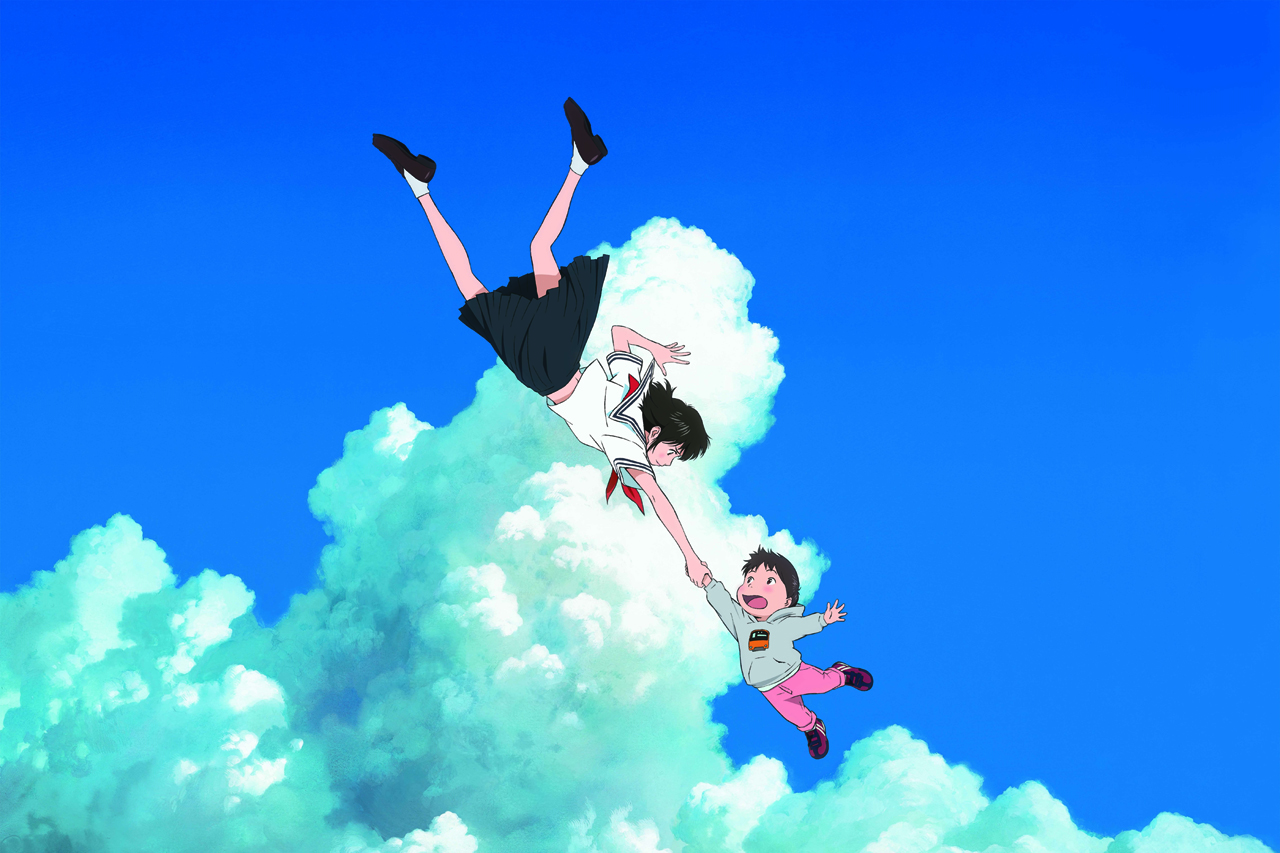 In the final trip, Kun finds himself in the future. He is angry with his parents because he thinks they have left him behind. Now, he wants to leave them behind, so despite the warning of a sulky teenager, he gets on a train that takes him to Tokyo. At first, he is excited by the new world, but it turns into a nightmare when he realizes that he is lost.

In order to create an announcement for him, he has to tell the names of his parents, but he discovers that he doesn’t know it. He is sent to board a horrific train that takes kids without parents to a place called Lonely Land. Kun doesn’t get on the train and is terrified when he sees little Mirai almost entering it. He saves her, and in doing so acknowledges that she is his sister. This leads grown-up Mirai to come to his rescue.

She tells him that the family tree houses all of their family folklore and he sees his parents, his dog, and grandparents in some of the most vulnerable moments of their lives. When he gets back home, he decides to be a better brother to his sister. He also keeps the blue pants that his parents had made him wear, not fussing over the yellow ones he initially wanted.

How does Kun time-travel? 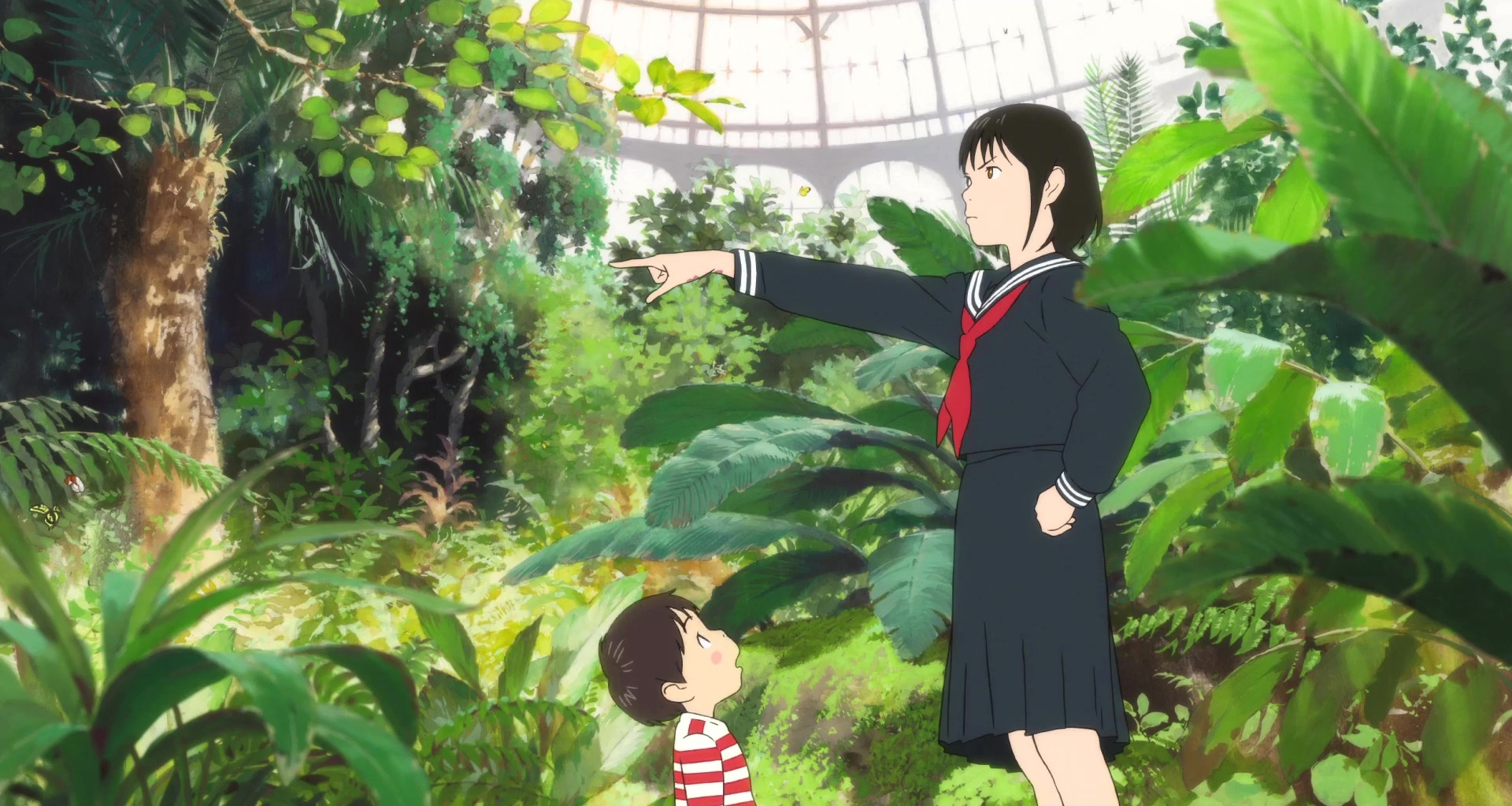 One of the most striking things about ‘Mirai’ is how it balances the fantastical elements with its emotional message about family. The time travel, here, is the means to an end and the film never quite focuses on the explanation of how a 4-year-old boy can travel back and forth in time from the garden in his house. If you, too, have wondered about this, then you already have your answer.

The world that ‘Mirai’ is set in is very contemporary. There is nothing futuristic about it, so adding some technical angle to the story would have only brought it down, because that’s not the core of the story anyway. The film adopts a spiritualistic approach to this explanation. It turns the oak tree in the garden into a time machine. Future Mirai tells Kun that it is a library for their entire family’s history, that each leaf holds a moment in the life of a family member and by accessing the right leaf, they can get Kun back to his time.

Logically, a tree being a time machine does not make any sense. However, if you focus on the significance of a tree in a household, then the idea becomes much easier to grasp. Oak trees are known to have the lifespan of hundreds of years. Even if you take some other tree, they also survive for decades, with at least three generations growing under its shade. They witness the changes in the family over the years and, in that sense, are the record keepers of a family history. Considering this, what would be better than a tree to understand your family’s past, or its future?

Is Kun really traveling in time? 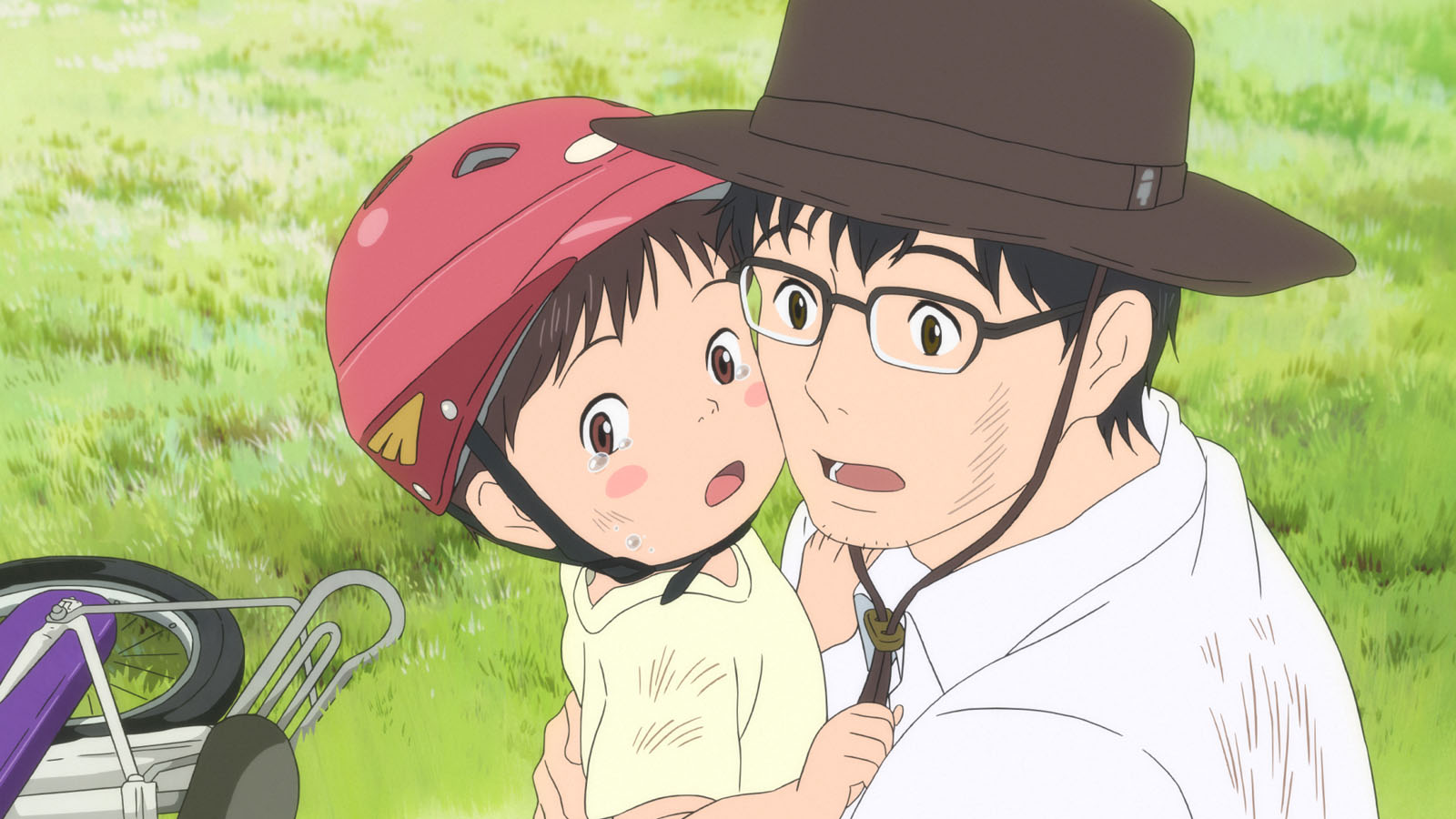 If you are still not satisfied with the tree, then there is another reasonable possibility for you. What if Kun is not travelling in time at all? He is a 4-year-old, and hence, is much more prone to fantasies than an average adult. As children, we are more likely to believe in fairy-tales, ghosts, and other bedtime stories than we are as adults. Kun reads a lot of stories, as is evident from the several books that he browses through while trying to pick one to read to his sister. One of them has the story about a witch, who is referenced in the film on a number of occasions.

When his parents get angry at him for throwing tantrums, Kun imagines his mother to be a witch. Similarly, when he is lost at the train station, he imagines one of the women to be a witch. In his mother’s case, it is about his anger; while at the train station, he is scared and paranoid, which is why everything suddenly turns scarier and stranger as compared to other instances. This is also the only time that he has traveled in the future, and isn’t future scarier than the past?

Whenever Kun travels in the past or meets someone from the past, he comes out with a new understanding about the person he’s met. When he first becomes jealous of Mirai and hits her, he meets a strange man in the garden, who turns out to be his dog, Yukko. Because the same thing had happened to the dog when Kun was born, it becomes easier for him to understand why he has such feelings for his sister. Also, imagining their dog as a man is something that only a child can do.

In the next turn, he meets the grown-up version of his sister. This is after his parents and grand-parents had discussed Mirai’s prospects of marriage. This conversation leads Kun to imagine her as an older girl, and also focuses on the matter of getting the dolls out in time, something that his father forgets. It often happens that children hang on to little details when adults are too busy to pay attention to them. The same thing happens with Kun, and he gets the dolls into the box by himself. The sister and the dog are imagined. 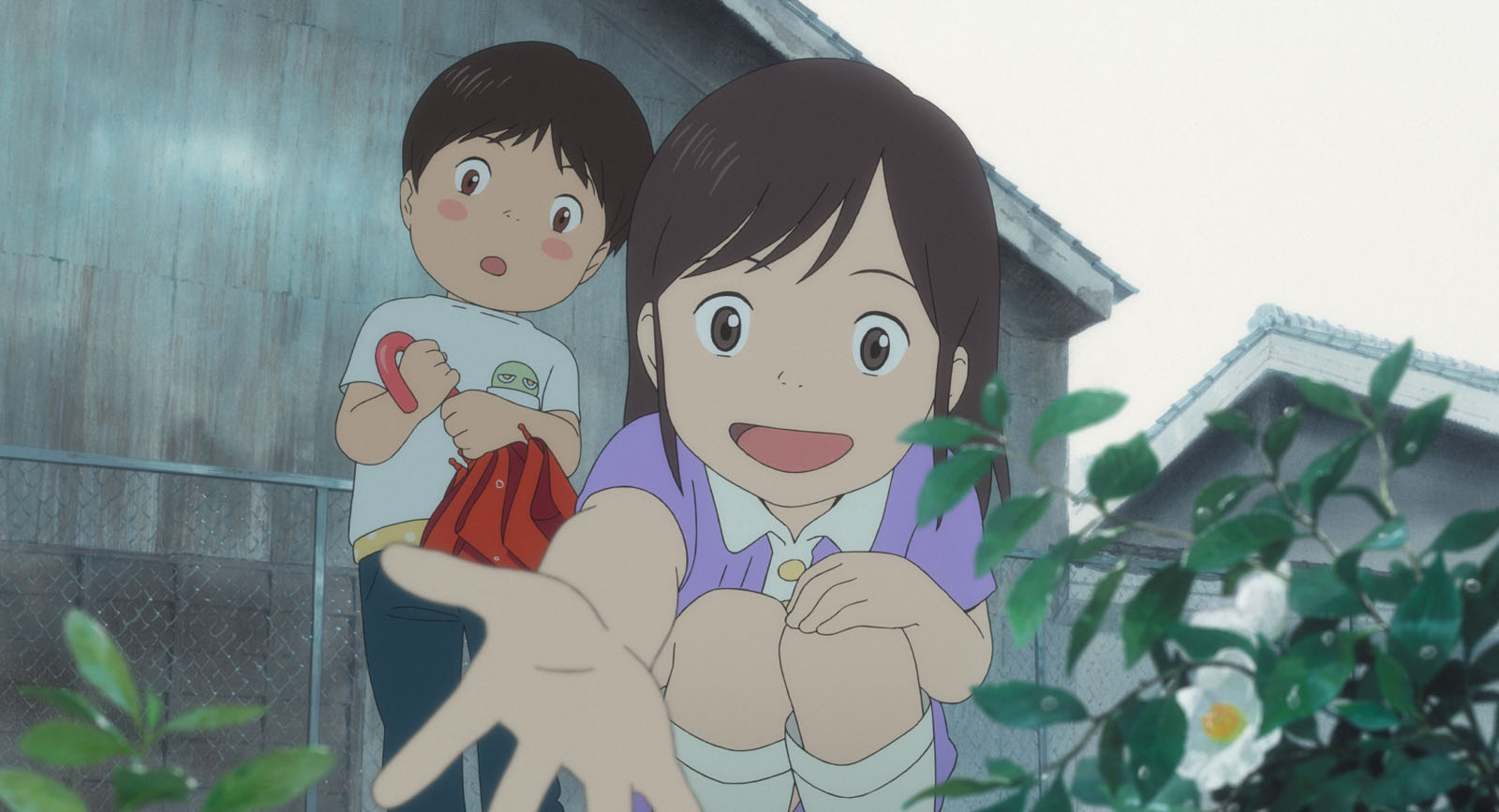 In the same vein, when he visits his mother in the past, he thinks about her wanting a cat and messing up the house. He knew she wanted a cat when she was a child because he had seen her picture holding a toy that looked like a cat. As to how he knew his mother was a messy child is probably because he overheard a conversation between his mother and grandmother. This makes him feel more sympathetic to her and while he doesn’t immediately change himself, we do see a shift in his behaviour.

The visit with his grandfather comes after the bicycle incident. This is when Kun feels that his father is not there for him. He receives the offer of help by boys his age, but he wants his father. Learning to ride a bike has a very fatherly notion to it. It is perceived as an event that a child must share with their father, which clarifies why Kun wants him there. But when that doesn’t happen, he imagines it with his grandfather.

The exact image of him comes from the picture that pops up in the scene before Kun’s next trip in the past. He didn’t remember his grand-father, who had died a year before, so he mistakes him for his father. When they ride together, he gets the fatherly feeling he had been looking for, and the next day, he rides the bike on his own, believing that he has already done so with his father.

The montage of the final trip through the past can also be explained through this. These details about his family’s past are not revelations to him. He already knew them, but he never realized their importance, because he never needed to before. With the arrival of his sister, he undergoes a shift in perspective, and all these things appear to him in a new light, much like what happens when you grow up. Hence, all that happens in the film could simply be a figment of a little boy’s fantastic imagination to process the changes in his life.