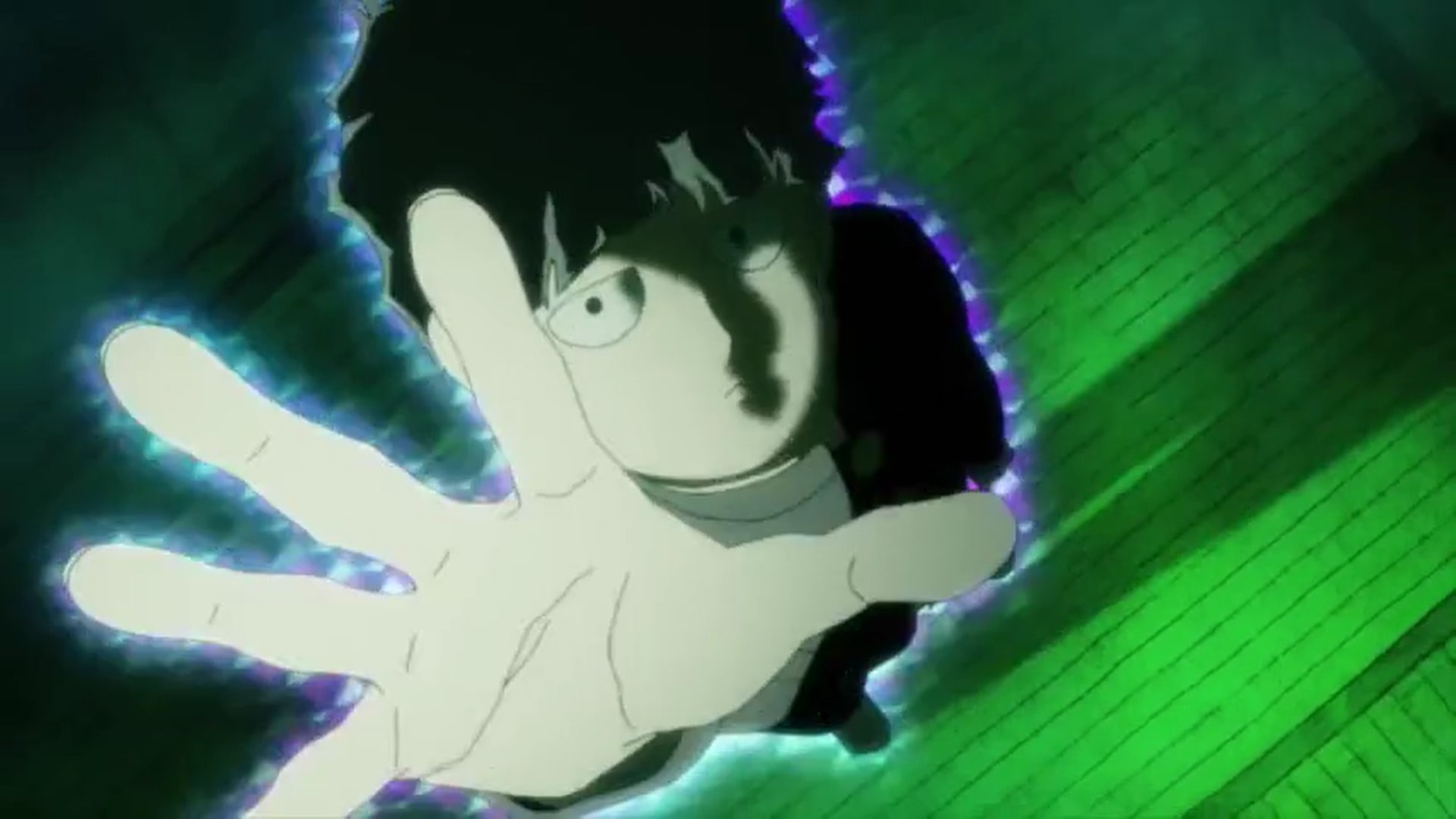 In  ‘Mob Psycho 100’ season 3 or ‘Mob Psycho III’ episode 1 titled ‘Future ~Career Paths~’ the students at the Shio Junior High School are asked to give their career plans a serious thought. Despite trying his best, Mob feels that he is completely clueless about his future. An exorcism assignment where he and others help a middle-aged man struggling with lifelong regrets over an unlived ambitionless life makes Serizawa and Mob seriously concerned about their future as well. Here’s everything you need to know about the ending of ‘Mob Psycho III’ episode 1. SPOILERS AHEAD!

The students at the Shio Junior High School are tasked to consider their future career paths, so Mob’s friends and classmates seriously discuss their plans for the future. Most of them appear very confident as they have their lives planned out, unlike Mob who is genuinely confused. Therefore, he goes to the Spirits and Such Consultations Office to discuss the same issue with Reigen. 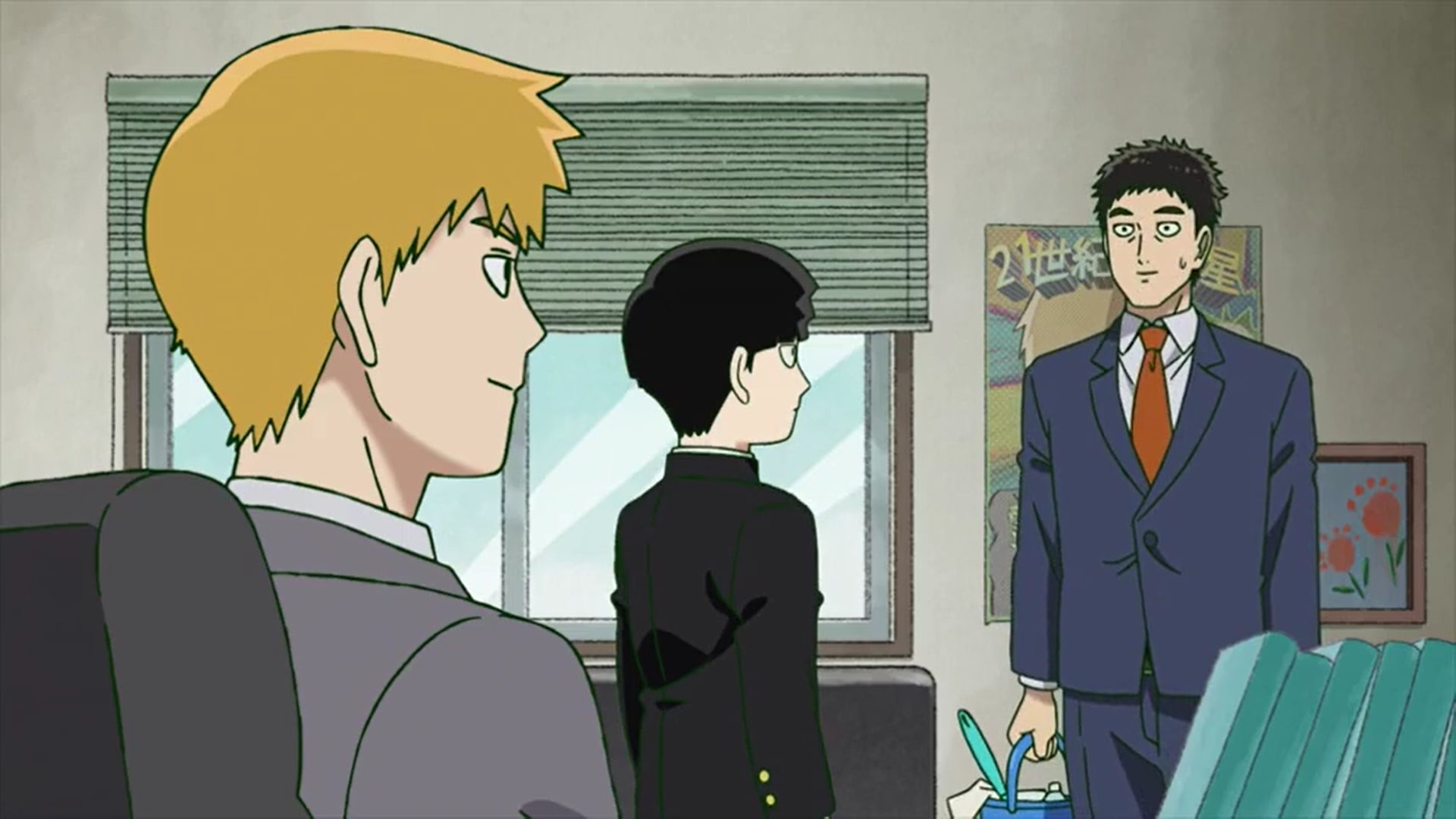 Reigen feels that Mob does not have to think much as he has already found his true calling by working as a psychic. Unfortunately, Mob is not sure, since it is just a part-time job. Although Reigen reassures him that there is a good chance that Spirits and Such Consultations Office may grow into something bigger in the future, Mob is hardly convinced. Soon a client visits the office to get an 80,000 yen doll examined that he believes to be cursed as it has only brought bad luck in his life.

While Reigen claims that the client has nothing to worry about, Mob tells him to not touch the doll as it has been poisoned by a deep-seated grudge. After learning this, Reigen tells Serizawa that he was just testing him and leaves the responsibility of exorcising the doll up to him. Interestingly, the latter easily manages to fix the doll but ends up breaking one of his arms which is later put in its right place by Reigen.

Mob discusses his career choice problems with his family that night. His father and brother share their opinion but his mother feels that their solutions are simplistic. The following day, Serizawa, Mob, and Reigen visit a middle-aged man at his home who claims to be cursed by an evil spirit that no psychic so far has been able to exorcise. He goes on to claim that the evil spirit got him fired from his part-time job after inappropriately touching a female coworker. It also chased away his girlfriend and gave him cavities. 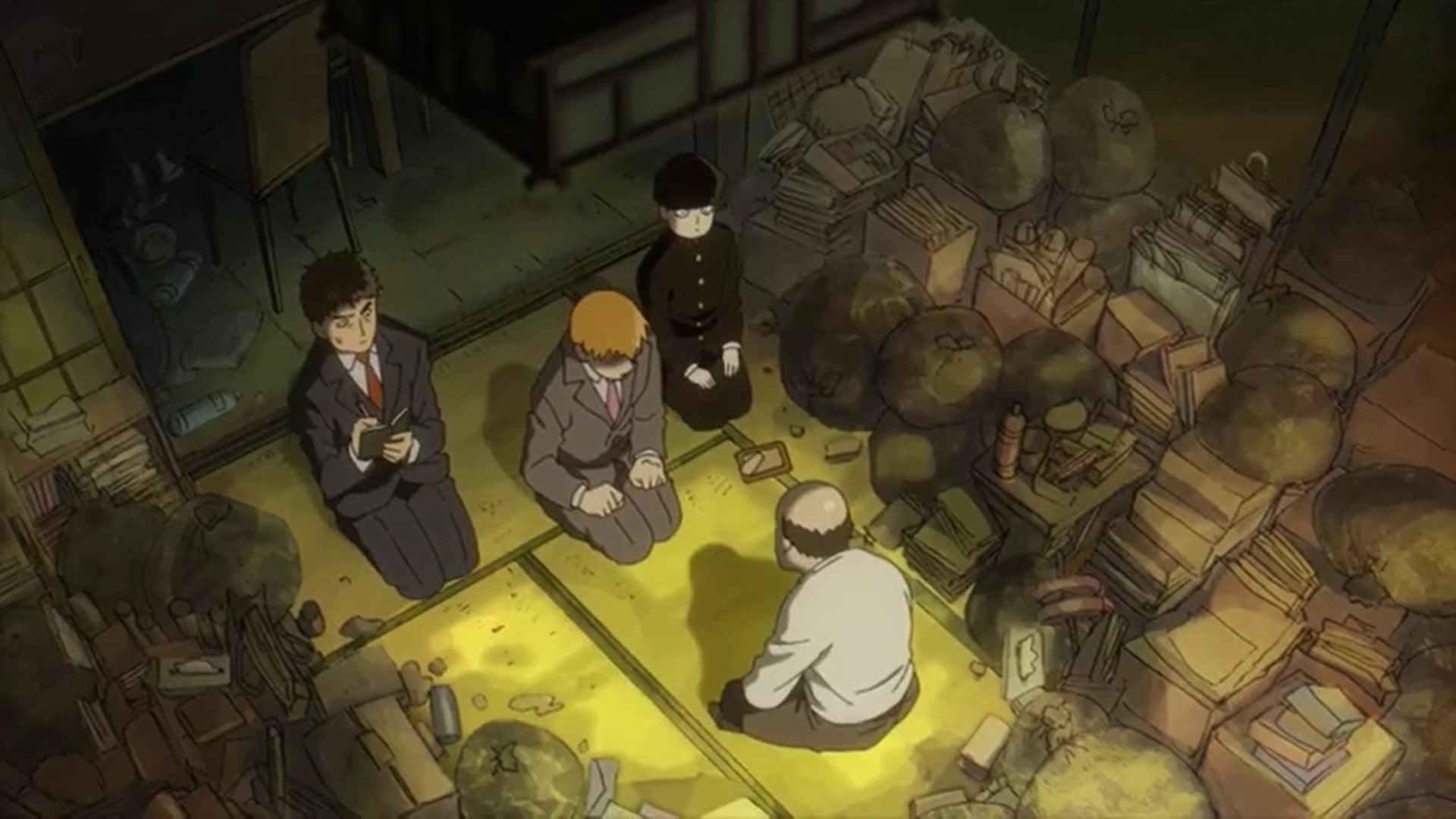 The client is concerned that he will continue to live a meaningless existence without ever finding his true calling or forming genuine interpersonal relationships. While Mob and Serizawa listen intently, Reigen who had just gone outside finds an evil spirit growing just above the house. He returns to his friends immediately and tells them about it. Mob and Serizawa spring into action and exorcise it after which the client thanks them for their help.

Mob Psycho III Episode 1 Ending: Why Are Mob and Serizawa Concerned About Their Future? What is Reigen’s Advise to Them?

After they have exorcised the old man, Serizawa appears really concerned, so Reigen naturally asks him if there is something wrong with him. He reveals that the confessions of the old man really hit home and he honestly now feels that he is also in the same boat as him. Reigen is quick to point out that if he continues to have the same attitude, he won’t be able to last in the business for long. He goes on the reassure Serizawa that has hardly lived half of his life, so he still has plenty of time to make a name for himself. 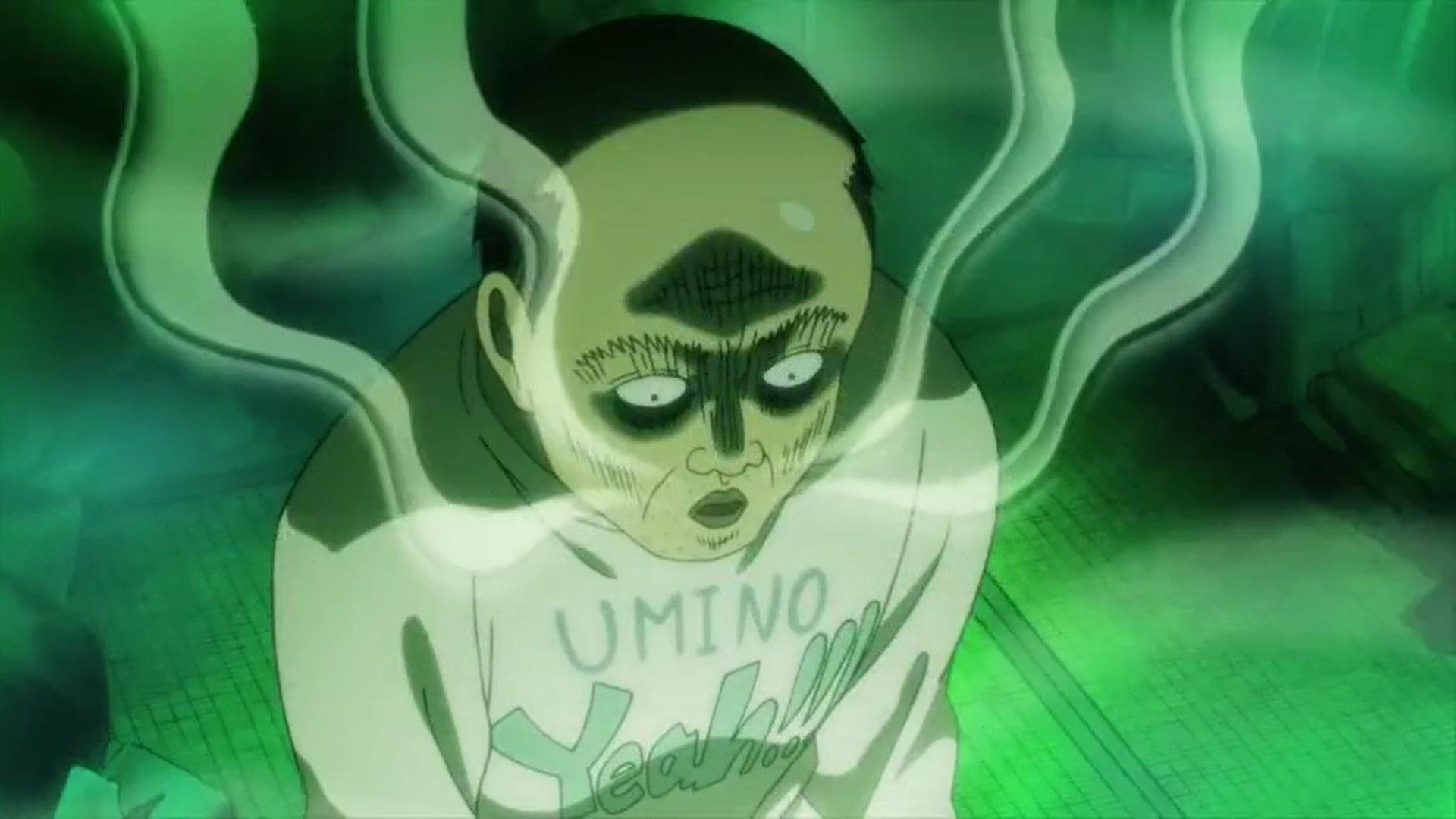 Since Serizawa has realized the pitfalls of his poor choices so early, Reigen considers this as a plus. However, Mob also reveals that the old man’s story hit home for him too. He now feels deeply concerned about the future, especially after thinking so long about his future career options. He admits that he hasn’t made any serious mistakes so far, but he feels that the day may come sometime in the future.

Later, Mob meets Reigen at the Spirits and Such Consultations Office and confesses that he does not see him working there in the future. He goes on to explain that he feels too comfortable there, which will likely affect his future growth. Reigen assures Mob that he does not need to worry about his future as of now. He is sure that Mob will eventually find a lot of things that he will wish to do, so he should not be too concerned. 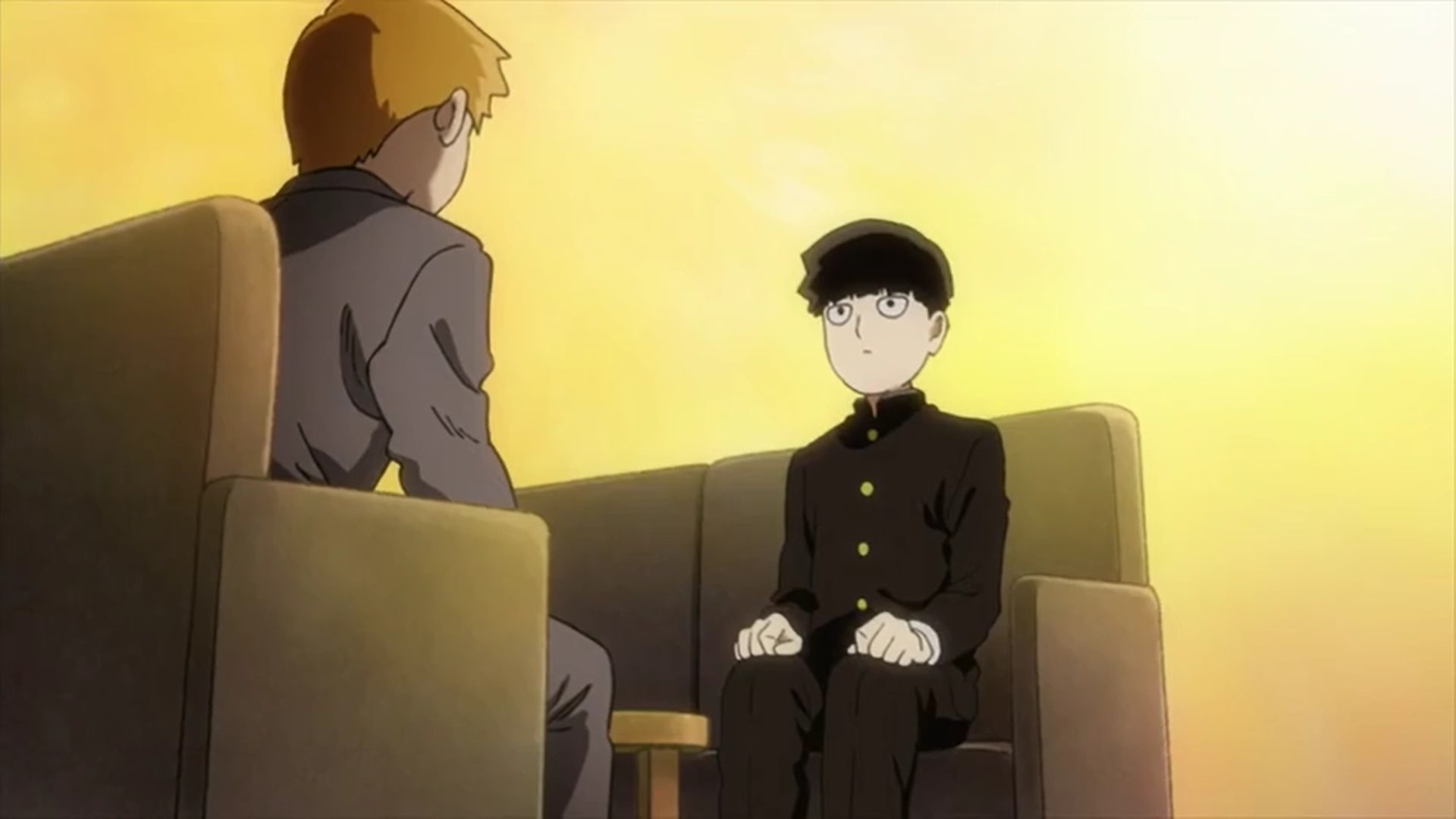 However, Reigen does tell Mob to remember that he himself founded the Spirits and Such Consultations Office on a whim but it’s now become something that he plans to do for the rest of his life. He concludes his career advice to Mob by mentioning that whatever he plans to do in the future does not necessarily have to be office work. But it can also just be him living life on his own terms- while making a living in the process.