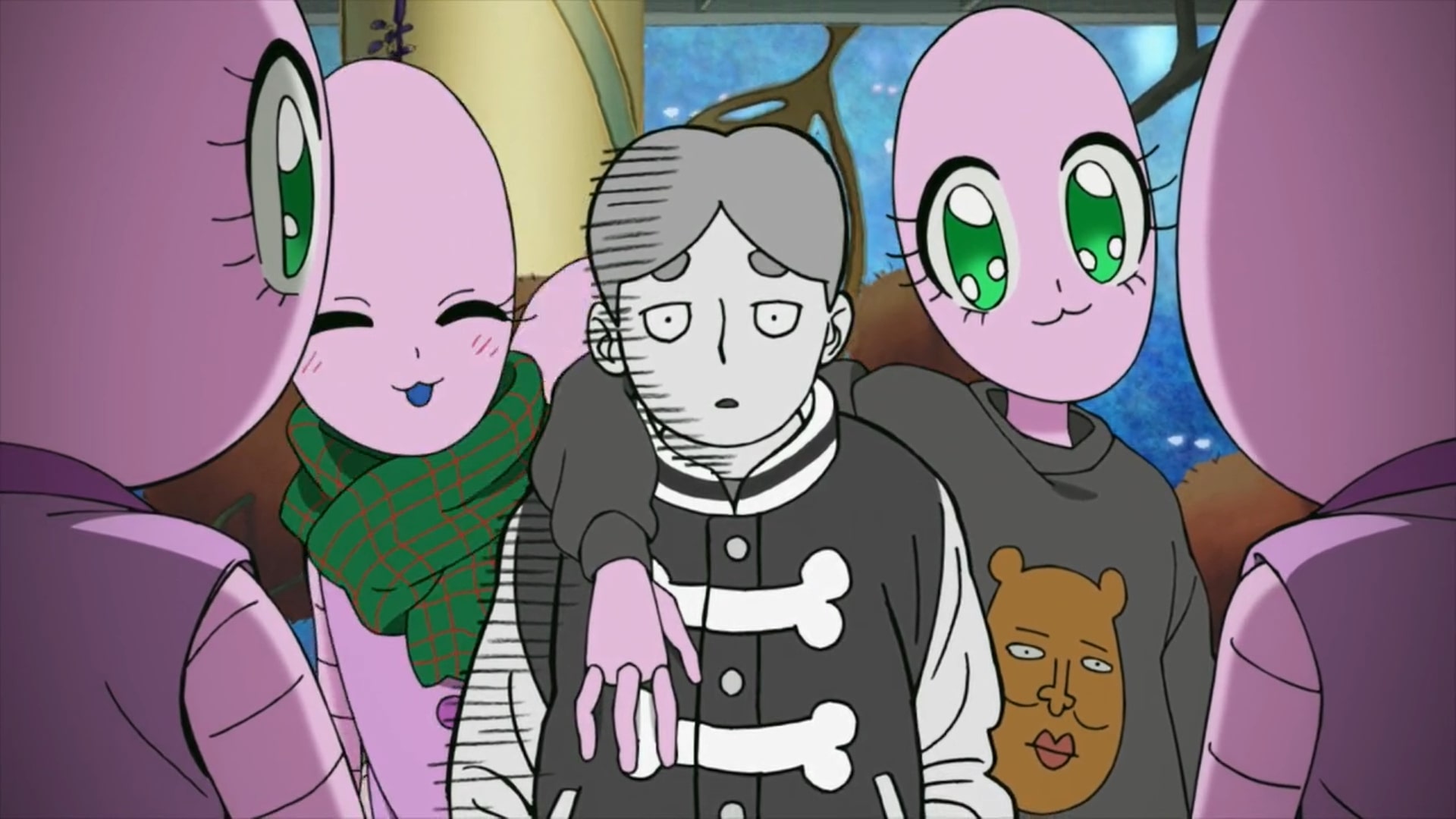 In ‘Mob Psycho 100’ season 3 or ‘Mob Psycho III’ episode 8 titled ‘Transmission 2 ~Encountering the Unknown~’ Mob and his friends get lost in the wild while hiking to the top of Mud Boat Mountain. When they eventually get there, Takenaka reveals that the spell to summon aliens is just a sham, and the author of the occult book that they have been following turned out to be a fraud. Here’s everything you need to know about the ending of ‘Mob Psycho III’ or ‘Mob Psycho 100’ season 3 episode 8. SPOILERS AHEAD!

As they arrive on Mud Boat Mountain, Reigen ends up missing the hiking trail sign and they realize it is too late to do anything about it. When they find out that the only other thing to do now is to drive back until they find the sign, the group starts discussing the idea of hiking instead. Although they get lost for a while, the group eventually finds their way and reaches the top of the Mud Boat Moutain. 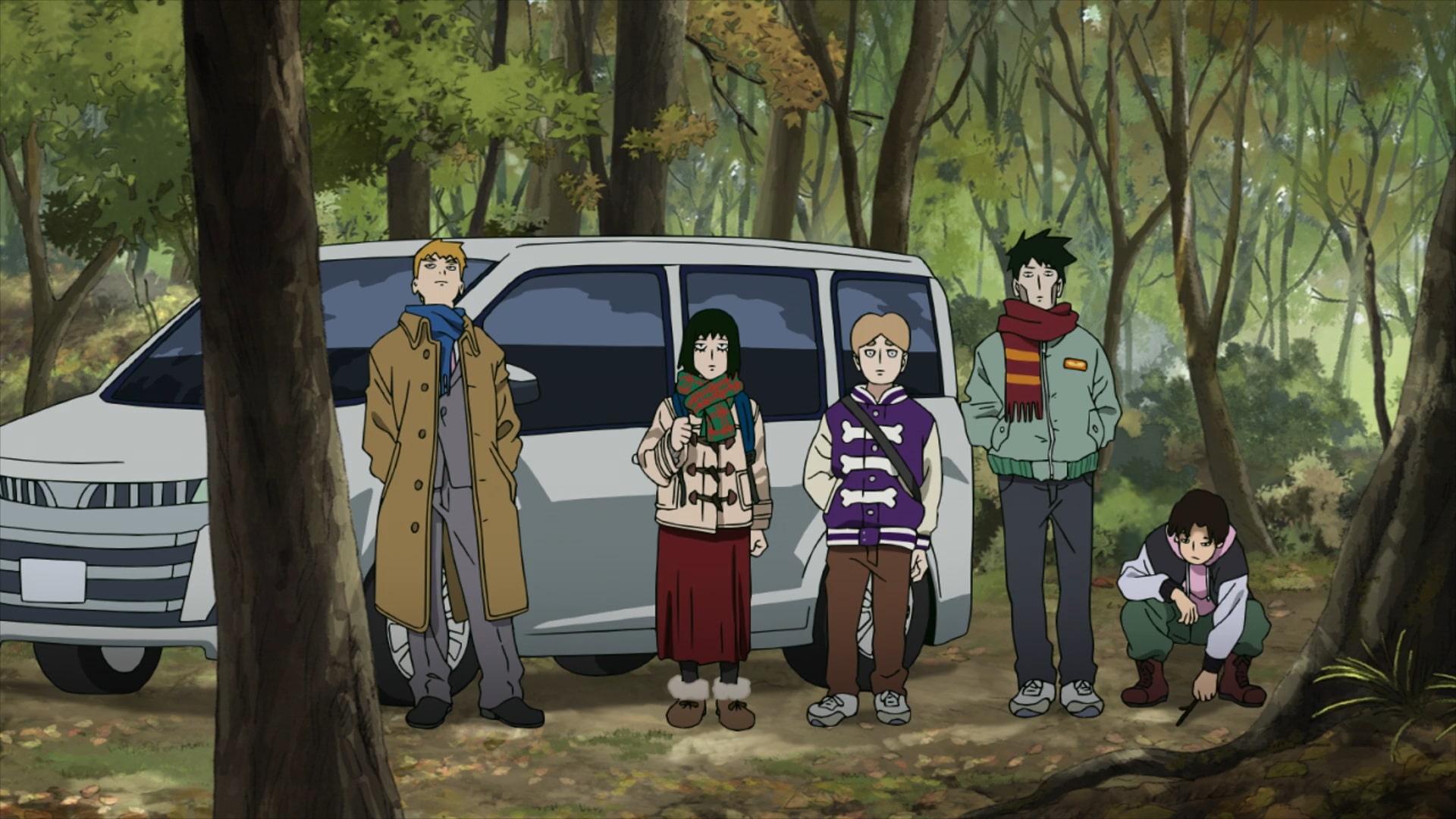 However, as they savor the beautiful view in front of them, the group also recalls that Inukawa actually forgot the summoning book that he was supposed to carry. But Saruta recalls that Tome was always reading the book, so she probably has memorized them all by now. Unfortunately, Tome does not remember the spell as well. Although she was adamant about contacting the aliens and also confessed that it was one of her goals, Tome seemed satisfied with the fact that she got to make memories with the members of the Telepathy Club.

UFO sightings in the region were common around 5 P.M, so they made it there just in time to try and summon the aliens. Inukawa has been waiting for this since they got into the car and starts performing some rituals. He then explains to his friends how it is done and all of them do it together but fail to get any response from the aliens.

After performing some sham rituals, Inukawa eventually confesses that he knows that they won’t work. It turns out that he didn’t sleep all night to investigate more about getting in contact with aliens and learned the harsh truth that the book they have been relying on to summon them is actually written by a fraud who was arrested two years ago. However, he still felt that there was some purpose in the Telepathy Club working together. 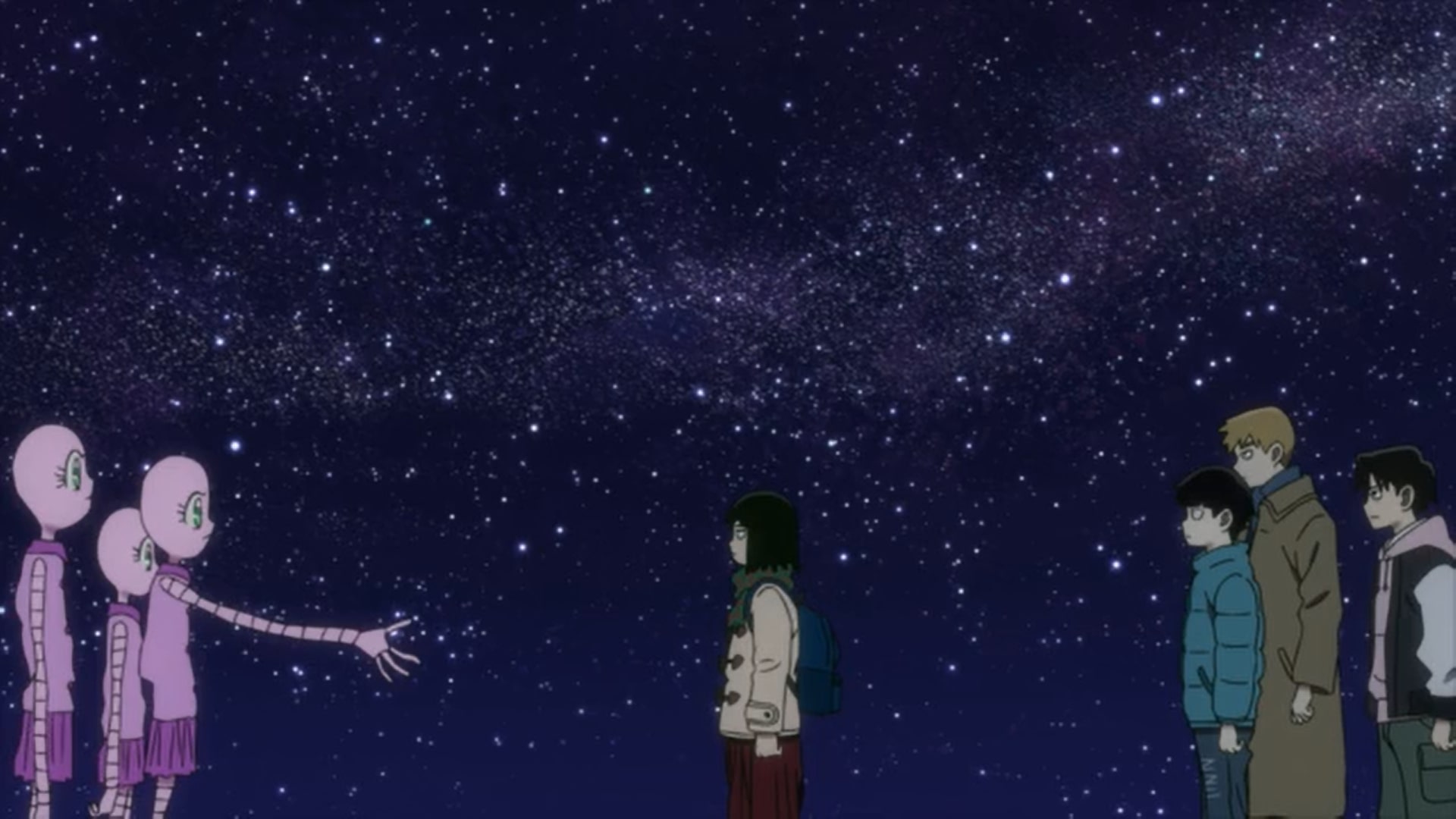 Reigen also feels that they did make a lot of memories coming to Mud Boat Mountain and working towards a shared goal was quite fulfilling in itself. But he then advises everyone to now turn back now to find the car since the sunset was approaching. That’s when Mob inquired whether the other UFO sightings were true and it turns out that there have been legitimate reports of that. Therefore, he suggests that they try sending a telepathic message too since they have done everything else in their power.

No one protests the suggestion and the group ends up resorting to their last hope as well. To their surprise, they end up contacting aliens who are nice enough to come out of their spaceships to greet them. Once it appears they are friendly enough, the Telepathy Club members along with Reigen and Mob accept their invitation to visit their spaceship. The group ends up spending several hours playing and getting to know the aliens who are really kind and amiable.

What Happens to Inkawa? Do the Aliens Return Him to Earth?

Once it’s time to return home, Reigen, Tome, Kijibayashi, and Saruta give the aliens some parting gifts after which they are dropped back to Earth. But they later realize that Inukawa didn’t come back with them. It turns out that he accidentally stayed on the spaceship and returned with the aliens to their planet. On their way, he scribbled his experiences in a notebook and appeared to be concerned about the fact that he can’t communicate with them due to the language barrier. 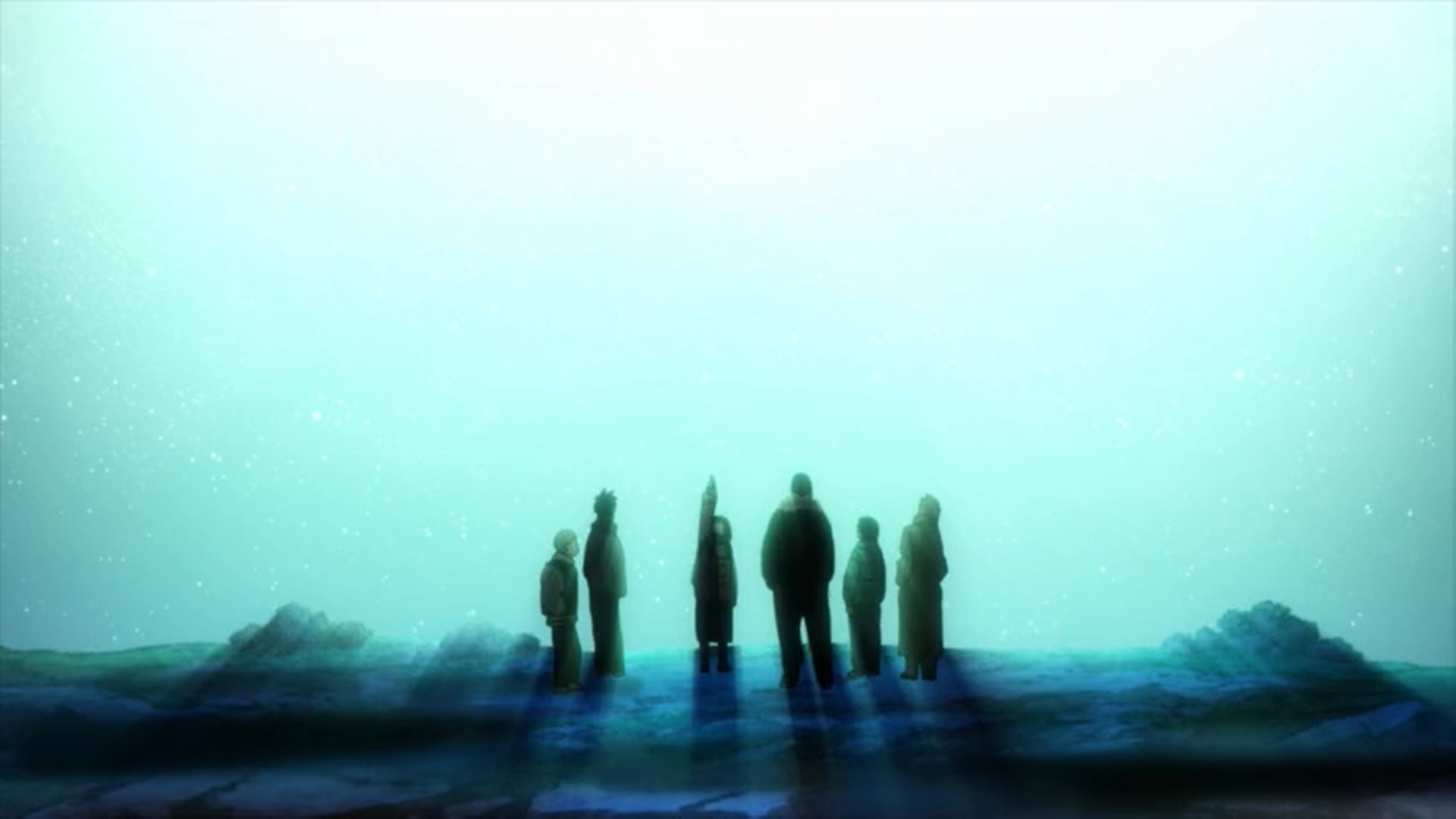 However, upon arrival on the alien planet, Inukawa gets a King’s welcome and a huge party is organized just for him. He later learns that a monster- which is comparable to the size of a small dog- is one of the aliens’ main enemies as it eats their crops. They are so pacificist by nature that the idea of using a weapon never occurred to them, so Inukawa takes care of the monster for them- which makes him even more popular. But eventually, the aliens learn about his desire to return home and drop him off on Earth exactly where they picked him.