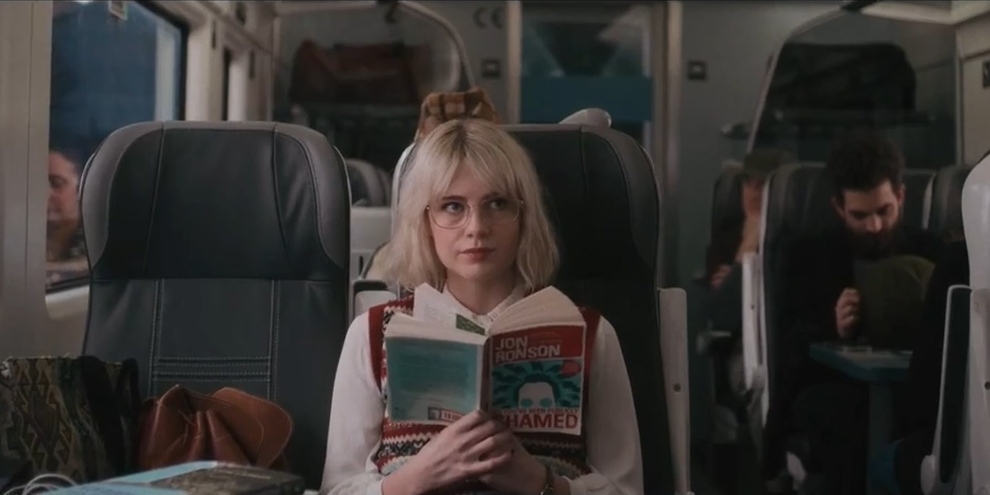 Written and directed by John Carney, the third episode of the second season of acclaimed romantic comedy anthology series ‘Modern Love’ paints a timely and quirky tale of butterflies and heartache. The story, titled ‘Strangers on A (Dublin) Train,’ begins with two strangers in the titular train. He is a tech guy, she is a student of medieval studies, but it is seemingly love at first sight. The couple does not exchange phone numbers and decide to meet at the Dublin railway station two weeks later. But life has different plans for them. Kit Harington of ‘Game of Thrones’ fame acts against Lucy Boynton (‘Sing Street’) in this comedy of errors. The finale is kept open-ended, and if you are looking for answers, allow us to decode the ending for you. SPOILERS AHEAD.

A medieval studies student Paula takes a train from Galway to Dublin to meet her mother. While looking at her fellow passengers, she passes on the talkative guy, the hippie musician, and the seeming serial killer. But then, her eyes catch a decent-looking guy in a jacket. Michael chooses to sit opposite the Angelina Jolie type, and Paula passes silent judgment at him. But Jolie gets down at the next station, and Paula is back in the game. In the meantime, Michael starts small talk with Paula, which quickly turns into quirky exchanges.

As it turns out, Michael has an aversion for sitting opposite the train’s direction, which is why he chose the other berth. Michael works in tech, but he creates business algorithms for advertising agencies. The world is shocked by an emerging threat, and tea or coffee is no more allowed on the train. The train trudges on while the whole train ships the couple with a cute and awkward song. Michael and Paula decide to meet at the station two weeks later, as Michael hopes things would be normal by then. But the decision bites them back in the end.

Modern Love: Strangers on a Train Ending: Do Michael and Paula Meet Again?

In the course of the journey, both Michael and Paula make lasting impressions on each other’s lives. The heartache is too much for both of them, and the recent restrictions create more anxiety. Michael writes messages to Paula, messages he can’t send, while Paula records good night messages for Michael. Paula finds it implausible that Michael would meet her at the aforementioned time and date, but Michael is a hopeless romantic who refuses to give up on his train affair. In the end, Michael disregards his brother’s warning and ventures out to the station. The station is closed, and lady police stop Michael at a roadblock. The police officer finds Michael’s excuse preposterous, and she cannot allow Michael to go to the station. 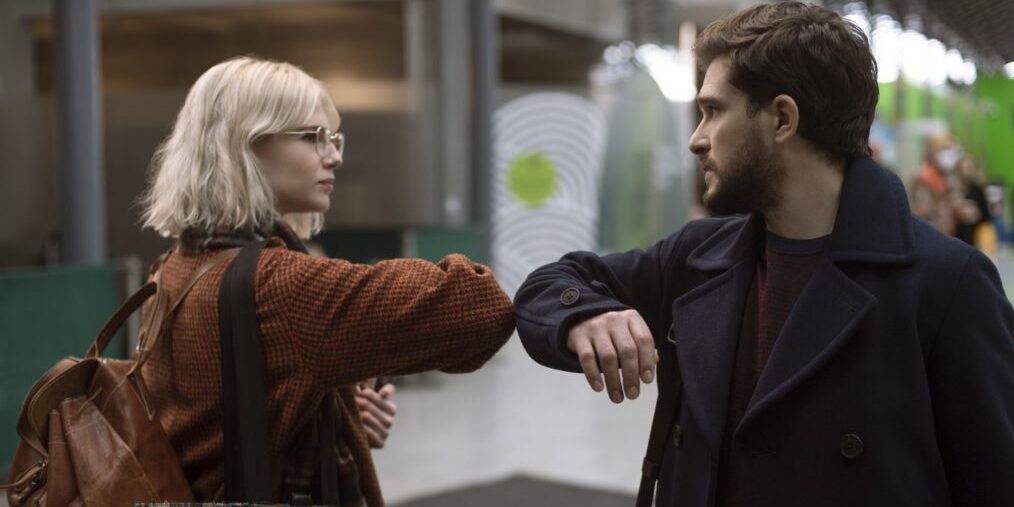 However, Michael is not a person who would accept defeat without a hard fight. Michael begins to think of ways to meet Paula, and the thought reminds him of an address he overheard on the train journey. In an early scene, Paula divulges her address to a delivery person. Michael suddenly remembers the name of the road Paula told the delivery person earlier – “Oxmantown Road.” Michael does some web search to find that the road actually exists. He goes to the street and spies on the neighbors while binging on ‘Lord of the Rings.’ A woman walks towards Michael’s car, and he takes her for Paula but is mistaken. We see the length of the road in the last shot, which gives the audience an elaborate idea of the arduousness of the task. In a brilliant masterstroke, the story ends without a conclusion.

At this point, the audiences must be asking whether the devoted but doomed lovers meet again. The story is based on an account by Cecilia Pesao, who wrote to the New York Times about meeting the love of her life on a train journey from Paris to Barcelona. They agreed to meet again back at Gare de Lyon station, but the onset of the pandemic kept them locked in two separate countries.

We don’t know exactly what happened in real life, but going by what we are shown, Michael should be able to find Paula with enough dedication. More importantly, since Paula is the one who is telling the story (since her counterpart Cecilia wrote the letter in real life), she could have only known about Michael pursuing her address if they did actually meet again. Therefore, even though the ending itself might be ambiguous, there are enough hints in the story that certainly suggests that Paula and Michael do meet again and possibly even end up together.