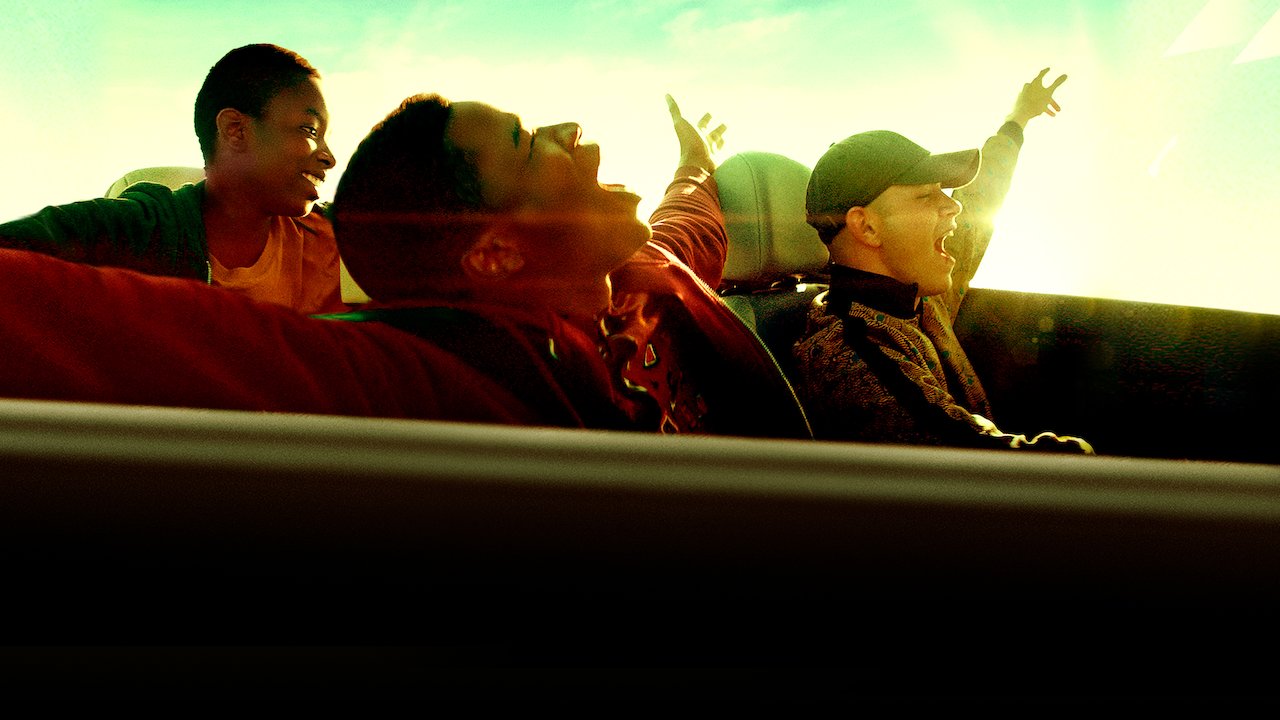 This might seem familiar: an innocent troubled youth, because of his unpleasant upbringing, gets caught up in acts of violence and is then forced to face the severe adversities of his actions. But amidst all of these hews of patterned plotting that remind you of films like ‘The Gridiron Gang’, ‘Forever Strong’ or even ‘American History X’ to an extent, ‘Mon Frère’ establishes itself as a more realistic and hard-hitting quasi-documentary style film that avoids any unnecessary melodrama. It instead takes a terrifying look at the humanity implicit in hatred, and eventually, even promises of being a lot more than it is.

‘Mon Frère’, directed by Julien Abraham, centers a young boy, Teddy, who, in an attempt to protect his younger brother from their violent father, ends up in Closed Educational Center, while he waits for his trial to parricide. This is where he plunges into a world he was never prepared for and feels ostracized amongst other aggressive young boys who are seemingly proud of their own pasts. From the very beginning, a tense atmosphere sets in between him and Enzo, who is more or less of a boss for the other boys at the facility. But when both of them find themselves at the bottom of the food chain, an unlikely bond develops between the two, and together, they defy the fate that was promised to them.

The first half of the film is more of a slow burn that introduces you to its one-dimensional characters from an uninitiated perspective, where you’re naturally inclined towards judging the actions of all the young boys in the facility. However, it later presents a pretext of backstories where you not only start empathizing with Teddy’s character but you also start questioning the justice system that led him to his current situation. In a similar fashion, the film also subtly reflects on the backgrounds of a few other characters but with this, it never tries to justify their actions in any way. It instead forces you to take a step back from your own priori and think all about how and why did all of them end up there.

Throughout its runtime, its story stays fair and loyal to all the themes that it addresses and without adding too many layers to its narrative, it makes sure that, as a viewer, you’re able to feel the existing tension between the educators and the youth of the facility. After a gritty representation of attempted rape, the film slightly tones down in the second half to further explore the relationship between two of its main characters. This part of the film might dwindle your interest a little, but eventually, it’s the poignant conclusion of the film which makes you realize that in real life, conflicts are often complex and don’t often end with a happy ending.

On the downside, to portray an intrepid depiction of its characters, the film is weighed down by unnecessary foul-mouthed banter which steals away much of the appeal. Also, it does justice to the main character by bringing his end of the story to a full circle but leaves you all uncertain in context with most other characters.

Most of the young actors in the film are convincing in all of their situations; especially MHD, who plays the role of Teddy. Teddy, the protagonist, vows silence after he ends up in the Correctional Center and only speaks up when it’s necessary. While his silence might initially come off a sign of his guilt, it eventually becomes clear why he chooses to act indifferent towards his past. Meanwhile, Enzo—played by Darren Muselet—initially comes off as a racist snob who only looks for reasons to pick up fights with others. However, he turns out to be the kind of character who you hate because he’s so filled with rage all the time, but on the other hand, you also start admiring him for how he treats Teddy and his brother later.

The overall message of ‘Mon Frere’ is simple: “Violence begets violence”. The whole film has been structured in such a way that it comes off as a series of escalations in context with the actions of the characters. But instead of being just a typical tale of catharsis where the protagonist eventually finds himself in a reformed state, it reminds you of the importance of socio-educational structures in our society.

All in all, it does a great job with opening up your eyes to didactic topics that are unfortunately still pertinent in our society and executes it with the perfect intensity. Moreover, it also perfectly encapsulates all the psychological power games that ensue in such facilities, not only amongst the youth but also between the ones who run them. Because of its documentary-styled approach, it is the kind of film that is not exactly relevant for a theatrical viewing but certainly deserves to be explored through a home-viewing experience.