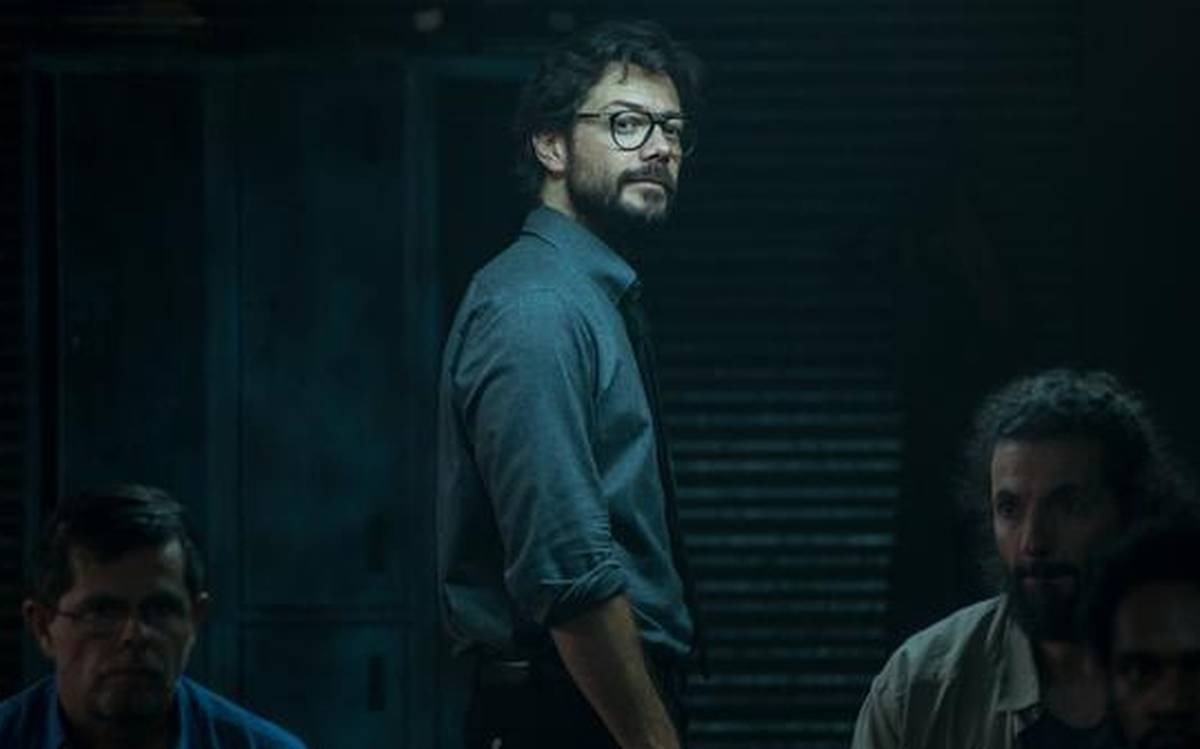 The worst that could happen has happened. Now, it is time for the Professor and his team to score some wins. They desperately need it, especially after the immense loss they have met in the form of Nairobi’s death. It wasn’t something that any of them saw coming. They thought she was saved, but one wrong move on their part, and she was gone.

One of the things that her death clarifies, at least for the audience, is that there is no room for petty squabbles now. Had Palermo not been caught up in his sense of self-importance, this would have never happened. He has become for the team what Tokyo used to be in previous seasons. She had a streak of throwing tantrums, all of which landed her team in trouble. Her need to be heroic and her impatience led to the death of Moscow. Now, much like her, Palermo, too, suffers from the guilt of Nairobi’s demise.

To hit the enemies in their hearts, the Professor decides to expose the illegal interrogation methods of the cops. He uses Rio’s story to shine the light on their brutality and plays the recording of Lisbon’s fake assassination. It tilts the public opinion in their favor, along with the heartfelt funeral for Nairobi.

Inside the Bank, he directs the team towards the panic room. The strategy is to capture Gandía alive. Inside the room, Tokyo is unaware of the plan as well as the death of her friend. She tries her tricks on her captor, who is injured from the impact of the blast. Outside, Tamayo knows that someone will have to take the blame for all the accusations, and offers up Alicia. However, she is not the kind of person who will go down alone. As the cops get entangled in their mess, the Professor plans his next move.

Nairobi’s death stirs the Professor into action, and he is ready to cross all boundaries to get it done. He comes up with a way to get to Gandía, whose capture is essential, not just to save Tokyo, but also for the next part of his plan. The death of Nairobi distresses him, but he knows that this is not the time to lose his bearings. If they don’t act when they have the chance, all of them will surely die.

They launch an attack on Gandía on the inside, and outside, the Professor creates hell for the cops. What works in his favor is that he was not the only one to be on the wrong side of the law. The heist was illegal, but the cops hadn’t acted very legally either. Their first mistake was not to make Rio’s arrest public and brutally torture him, rather than interrogating him according to the rules laid down by the law.

The second mistake they made was to repeat the same with Lisbon. They didn’t torture her, but they did not make her arrest public either. Their actions call for legal consequences, which means the camp’s disintegration. Alicia Sierra had made things a lot worse for them. With her gone, it would be easier to handle the one who replaces her. The next negotiator will also have to be very careful, lest they make a mistake, which leads to another inquiry from the law as well as dissent from the public.

With the credibility of the NIA and the cops torn to shreds, the Professor has bought some time for the team. They can plan their escape more leisurely now, and this also gives time to the Professor to focus on the next important task at hand: rescuing Lisbon.