When Does ‘Money Heist’ Come Back on Netflix? 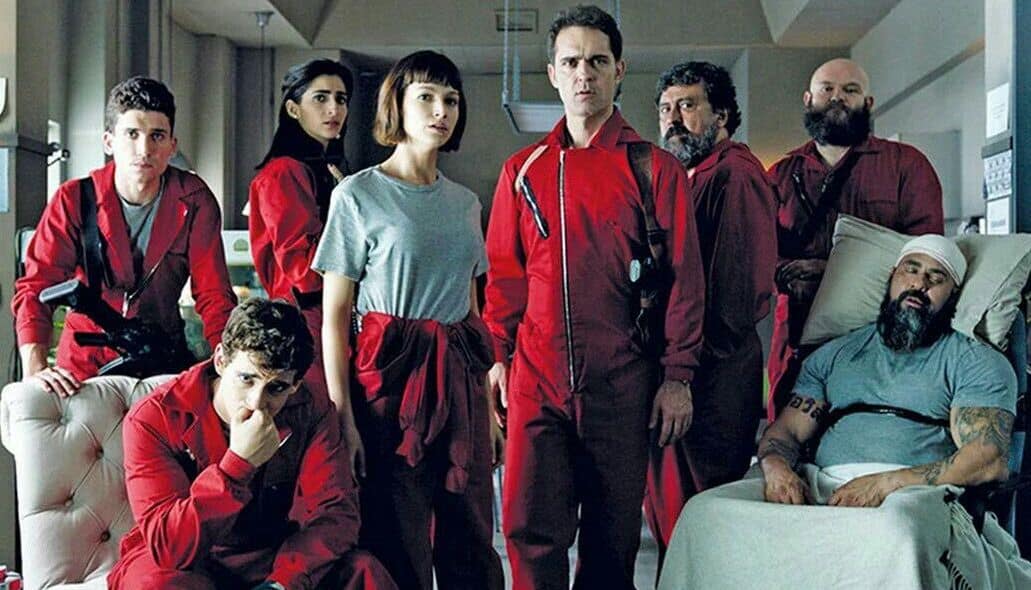 Money Heist aka La Casa De Papel is undoubtedly the most popular Spanish show on Netflix. The heist crime drama was originally launched on Spain’s Antena 3, where it was planned as a two-part limited series. However, when it landed globally on Netflix, it opened to worldwide acclaim — because of which the streamer ordered an additional 16 episodes on an increased budget.

The first half of the new episodes landed on the streaming giant as Money Heist season 3 in July 2019. And fans who have watched all the previous seasons are waiting with bated breath for the details of the upcoming installment. Here’s all you need to know about Money Heist season 4 release date, cast, and plot spoilers.

Money Heist Season 4 Release Date: When will it premiere?

Money Heist Season 3 premiered on July 19, 2019, on Netflix, in all its entirety of eight episodes.

When Netflix had ordered the show’s renewal after season 2, it commissioned the series for a total of 16 episodes. So season 4 was always a certainty, considering the fact that season 3 consisted of only the first eight episodes. The only news we were waiting for was a release date.

Now, Netflix has also announced the premiere date. Money Heist Season 4 is slated to release on April 3, 2020. Mark your calendars!

Money Heist Season 4 Cast: Who can be in it?

During the finale of season 3, two of the characters had ended their arcs on an unpredictable note — Berlin (Pedro Alonso) and Nairobi (Alba Flores). But they are also making a comeback in season 4. Additionally, we expect recurring actors such as Najwa Nimri as Alicia Sierra and Enrique Arce as Arturo Román to return in the upcoming installment.

Money Heist Season 4 Plot: What can it be about?

In season 3, we see the crew coming together once again to execute a massive heist, which is bigger than the first one, shown in seasons 1 and 2. However, the crime is a ruse, faked in order to rescue one of their mates, Rio, who is imprisoned by the cops. Toward the end, the season ends on an all-out war between the gang and the authorities, who are led by a pregnant officer, Alicia.

As the season draws to a close, the Professor is led to believe that Raquel is dead. Hence, he summons the DEFCON 2 and deploys RPGs to destroy a tank heading toward the Bank of Spain where the gang is trapped. Nairobi receives a grave bullet wound and the Professor’s plan backfires since the new police negotiator does not budge or give in to their demands.

So, season 4 will pick up the story from here — and chronicle the fate of the crew as they finally surrender or are successful in escaping. Additionally, the creators have hinted that season 3 ended on an explosive finale to keep viewers vested and return for more. But season 4 will slow down the pace a bit and focus more on the characters.

Of course, there will be a few bombshells and resolutions to the multiple cliffhangers from the third season. We expect to know the fate of the Professor’s girlfriend and alleged co-conspirator Raquel, who is apparently dead. We do know that Nairobi survives after the near-fatal bullet wound. We are also unclear about what the risks hold for Rio and if Alicia is faking her pregnancy. We are hopeful that next season will manage to close off all of the above-mentioned loose ends.