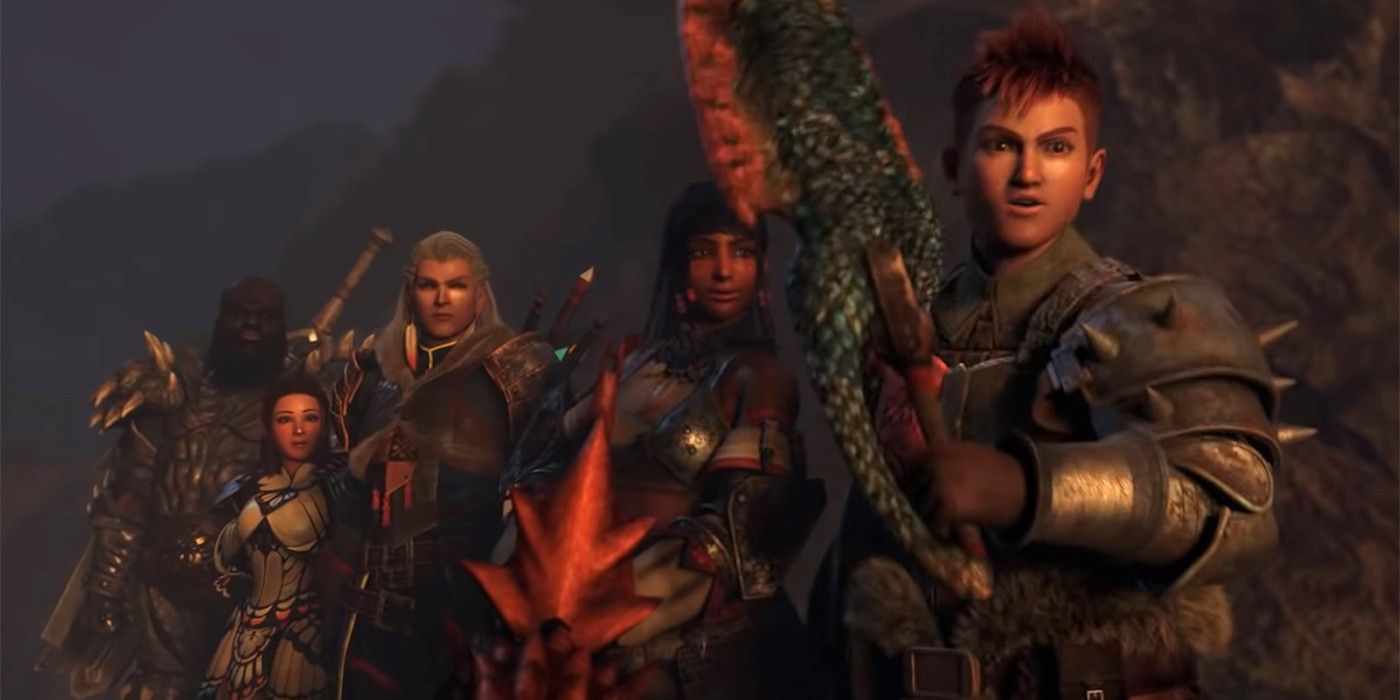 Based on the popular ‘Monster Hunter’ video game series, ‘Monster Hunter: Legends of the Guild’ is a computer-animated fantasy film. It chronicles the early days in the life of Aiden (one of the main characters of the game series), his first encounter with his eventual mentor Julius, and his courageous actions while defending his adoptive village Timben from an Elder Dragon, the most powerful and ancient of all monsters.

The story takes place in a low-fantasy world, where humans must live in balance with various types of monsters. The Guild Hunters are highly trained individuals whose main duty is to maintain this harmony and prevent further damage to the ecosystem. Here is everything you need to know about the ‘Monster Hunter: Legends of the Guild’ ending. SPOILERS AHEAD.

The film begins as the Fifth Fleet makes its way to the New World (the plot of the ‘Monster Hunter: World’). A hunter named Gibson boasts that he will kill the Volcanic Elder Dragon Zorah Magdaros if it ever shows up. He claims that no one has met a monster that can handle Hunters like him and his friends. An older Aiden, now a full-fledged Hunter, speaks up, asserting that he has. The story then shifts into the past.

Since monsters destroyed his old village and killed his parents, Aiden has spent his life in Timben, serving as the Hunter for the residents of the remote village. As he later learns, in the eyes of the Guild, he is no better than a poacher. While trying to find what got into a local farmer’s Gargwa coops, he finds himself facing a monster known as Velocidrome. Julius arrives and saves Aiden’s life. He also tells the boy the tracks that the latter was following were fake and created by a Lynian monster called Melynx. Aiden finds the Melynx and captures it. He learns that the Melynx can speak, and his name is Nox. 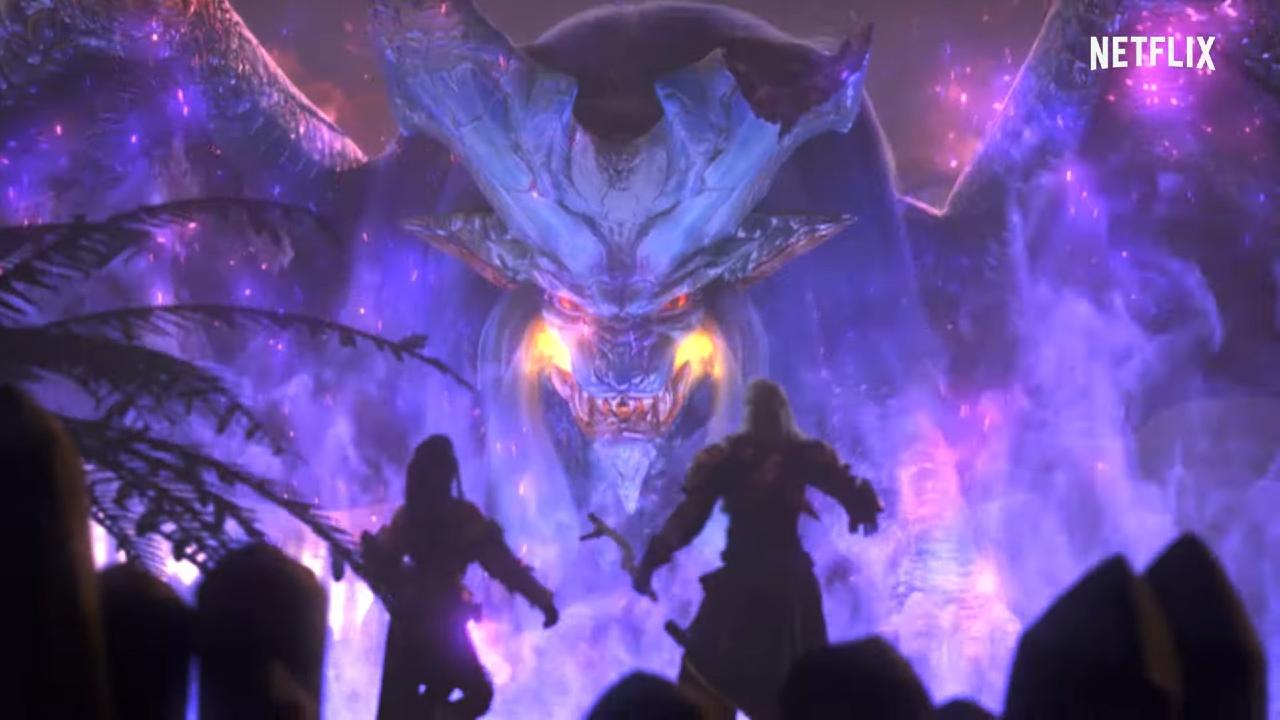 When Aiden sees Julius again, the Ace Hunter is speaking to the village leader, Elder Daazel. Aiden learns that Timben falls in the migration path of the Elder Dragon Lunastra. In the past, these migrations often didn’t happen until once a century; now they take place every decade. What’s most concerning is that all the Elder Dragons are heading toward the same place.

The Guild has tasked Julius and other Hunters to search for signs for the Elder Dragon’s migration. Julius suggests that the villagers should evacuate. But as he is an outsider, the villagers don’t believe him. However, they say if Aiden tells them that the danger is real, they will believe him. So, the youth accompanies Julius to see the dragon for himself and takes Nox with him. Predictably, Julius’ words turn out to be true.

Aiden sees thousands of monsters escaping from the Elder Dragon, which is leaving fire and destruction in its wake. Julius tells him to warn Timben while he prepares to leave to tell other villages. But Aiden reveals that the Timben residents are trapped between the dragon and an unpassable ridge. He convinces Julius to make a stand there. They recruit Ace Gunner Nadia, a longtime friend and associate of Julius; Academic Hunter Mae; and the disgraced former Hunter Ravi, who now works as a blacksmith.

Monster Hunter: Legends of the Guild Ending: Are Mae and Ravi Dead?

Yes, both Mae and Ravi are dead. They die while fighting against the Lunastra. Aiden finds Mae’s Hunter journal from amongst the things that Nox has stolen and hoarded in his cave. Aiden later quotes the Hunter code from the journal, which helps him convince Julius to stay and fight. They later realize that the Hunter to whom the journal belongs must be near and eventually finds Mae fighting a spider-like monster called Nerscylla.

They help her defeat the creature. This is when Nadia shows up, having spotted the flare that Julius sent up earlier, asking all Hunters in the vicinity for help. Nadia agrees to help because she knows that Julius needs her to watch his back, while Mae decides to help because of her curiosity. As she states, no one has ever done a comprehensive assessment of a Lunastra before. 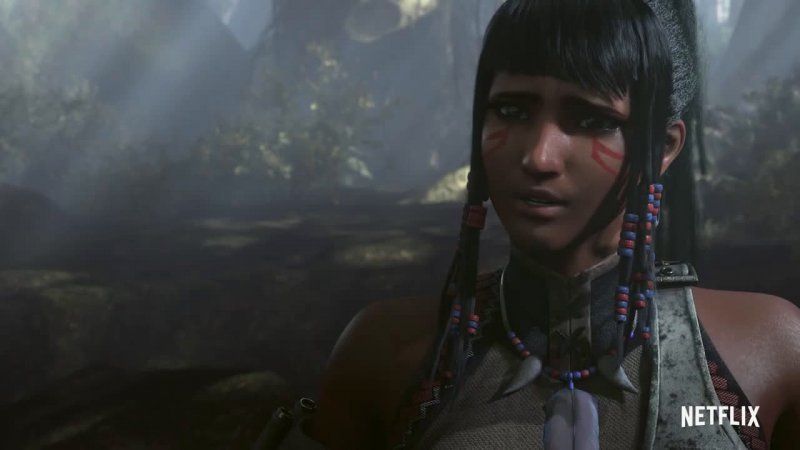 They find Ravi after learning that he is a smith. Julius notices a Hunter armor in Ravi’s forge and realizes that the other man used to be a Hunter. It is revealed that Ravi became a rogue Hunter, who betrayed the Guild’s philosophy and began hunting for sport. His participation in the hunt for the Lunastra becomes his attempt at redemption. Ravi builds a scorpion-like weapon with parts from various monsters. It is supposed to serve as the trump card in the fight against the dragon.

However, the weapon suffers fire damage when the Lunastra unleashes its flames on it. As Mae tries to fix the weapon, Ravi faces the dragon head-on and forces it to focus on him. The Lunastra unleashes its fire once more and kills Ravi. The Lunastra then kills Mae’s Kinsect Paiseley. Mae fights to protect Ebbi, a young girl from the village, and others from the creature. The dragon disarms Mae before killing her with a single bite. After the battle is over, the residents of Timben bury the two Hunters who sacrificed their lives to protect them.

Is the Elder Dragon Lunastra Dead?

No, the Lunastra is probably not dead. Aiden defeats the creature by blowing up the dam by the village with Nadia’s ammunition. He realizes that if he wants to win against the dragon, he must restore balance first. In this context, it means freeing the nearby river from the artificial dam. The water from the river floods the village, and its currents wash the dragon away. However, it’s highly unlikely that the resilient creature will be killed this way. It might get further injured and nearly drown, but it’s going to survive and eventually find its way back to the migration path.