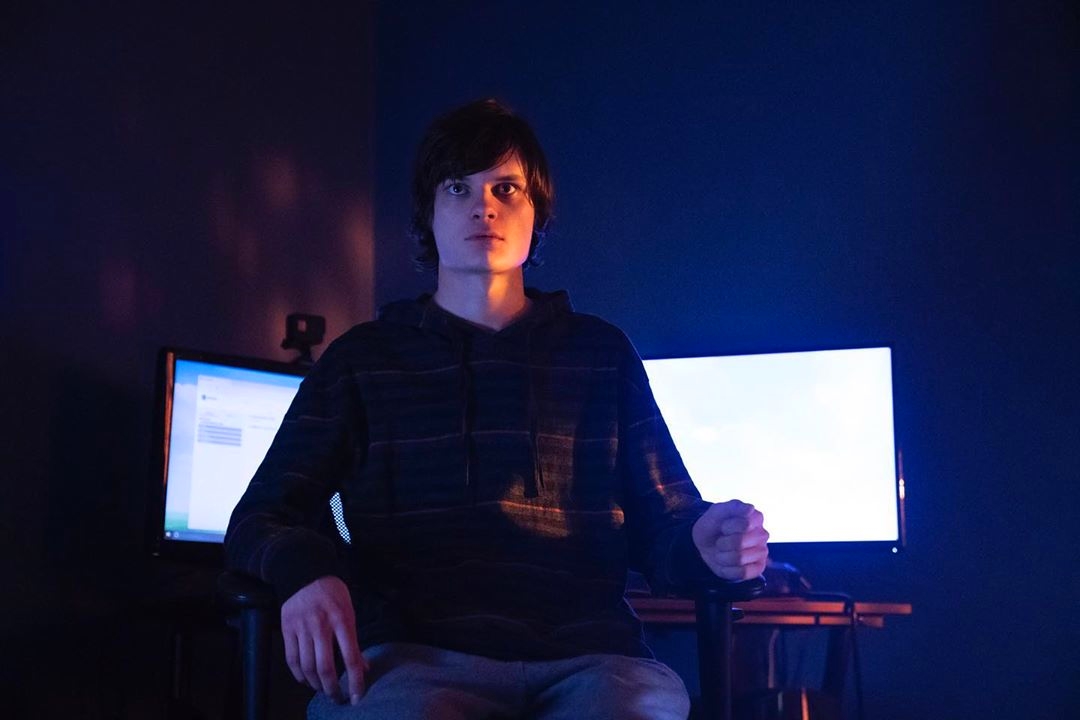 Based on the short story collection ‘North American Lake Monsters’ by Nathan Ballingrud, Hulu’s ‘Monsterland’ is an anthology series that explores the human condition and the evil we are capable of committing through the lenses of fantasy and horror. The second episode is the screen adaptation of the story ‘S.S.,’ which depicts a teenager’s desperate attempts to take care of his mother, whose depression transforms into a self-cannibalizing real-world entity. Series creator Mary Laws (‘Succession’) introduced several changes to the main plot while bringing it to the small screen, consciously changing it to fit the modern and relevant narrative. SPOILERS AHEAD!

From Port Fourchon, LA of episode 1, the story shifts to Eugene, OR in the second. Nick (Charlie Tahan) is a lonely teenager whose life primarily revolves around taking care of his mother since her stroke. His father has deserted the family a long time ago, and Nick harbors barely-controlled anger toward the man that threatens to break out every time he is mentioned in his vicinity. The episode opens with Nick finding out that their insurance will not be covering one of his mother’s vital medications any longer. He desperately tries to live up to his responsibilities that are simply too big for his young shoulders. He has quit going to school a long time back and gotten a job at a local fast-food joint. But he is often late for work and even steals food from there for his mother.

This eventually leads to him being fired from the job. When he complains to the owner about the unfairness of it all, he points out that everyone that works there has their own problems. Nick’s situation is not particularly unique. The sole momentary escape he has from his dreary life is the nightly gaming session with his online friends. During one such session, he spots a shadowy creature in his room. Although initially afraid, he becomes curious about it as it seems to be quite benign. Nick takes a couple of pictures of the creature and posts them on the gaming forum. While many accuse him of sharing fake photos, one poster replies with a link to a forum called Shadow Watch, where Nick meets three people who claim that their lives have been affected by shadow creatures. They go by individual aliases, West (Ben Rappaport), Dagr, and FinalGirl.

After joining the Shadow Watch, Nick picks his own alias after his gamer tag, LoneWolf. As the episode progresses, he gets more and more involved with the group, becoming as obsessed about the shadow creatures as any of them. Due to unpaid bills, his internet provider shuts off service. When he goes to his school library to access the forum and speak to others, he is singled out by the librarian and school security and removed from the premise. His friends in the Shadow Watch seem to be the only people who care about him besides his mother, and are willing to listen to his story, and even sympathize with him. West even says that if Nick ever needs anything, all he has to do is ask.

It’s through these acts of sympathy and kindness that the Shadow Watch gradually invades every facet of Nick’s life. His loneliness, vulnerability, anger, and frustration all turn him into a perfect candidate for their recruitment. The Sun Tzu-quoting West is clearly the group leader and claims that he has lost his brother to a shadow creature. FinalGirl lost both of her parents after her unemployed, drunken father killed her mother before shooting himself dead. She believes that her father would have never done such a thing by himself and thinks that a shadow creature was behind his actions.

Dagr was suicidal when he was 12 years old. With West’s help, he realized that he had one of the creatures controlling his life.  They convince Nick that all his issues and troubles are caused by the shadow creature. The only solution, they argue, is to kill it. West claims that while they don’t support “violence for its own sake,” he thinks that it’s justifiable in Nick’s case. According to FinalGirl, they need to do more. It has to leave an impression. Nick comes up with the idea of live-streaming the entire hunt. He subsequently builds a light-emitting device that distinctively looks like an assault rifle. But when he is told that he has to kill the shadow creature himself, he is confused and hesitant.

Nick expresses that he thought that other members of the group would travel to Eugene and kill the creature for him. His reluctance leads to a massive outburst from West, who frames the entire scenario in such a way that that it appears that Nick owes it to the Shadow Watch to try to kill the creature. As a final push, they tell him that Dagr has found information about his father. Nick then has a lucid vision in which he is standing in his father’s home, watching him interact with his other family. The vision ends with an image of his mother’s medication.

Now convinced that he has to kill the creature, Nick dresses up in full tactical gear, complete with a camera on his helmet for live streaming. He then stands outside his mother’s room, telling her that he is going to war for both of them, using exactly the same phrases as West and others. During the hunt, he manages to trap the creature, just before his mother starts ringing the bells that he had set up in her room so she can use them to draw his attention. As the creature responds with gestures of surrender and his mother asks off-screen where he went, Nick pulls the trigger. However, instead of discharge of a bright column of light, flashes are seen and gunshots are heard as the scene cuts to black.

Laws used this episode as a metaphor for mass shootings. In various interviews, she has noted the link between lone-wolf shooters and ultra-ring-wing online fringe groups that spent time and resources to radicalize the young men. The shadow creature can be any group of people belonging to different races, religions, sexual orientations, genders, or even political views. There is also a presidential candidate whose message seems to resonate with the members of the Shadow Watch.

Unlike in the pilot, the fantasy element arrives in episode 2 quite early with the first appearance of the shadow creature. It’s through these supernatural elements that Laws delves deep into the seductive nature of hate and the simple yet disturbing allure of blaming someone else for one’s own problems.