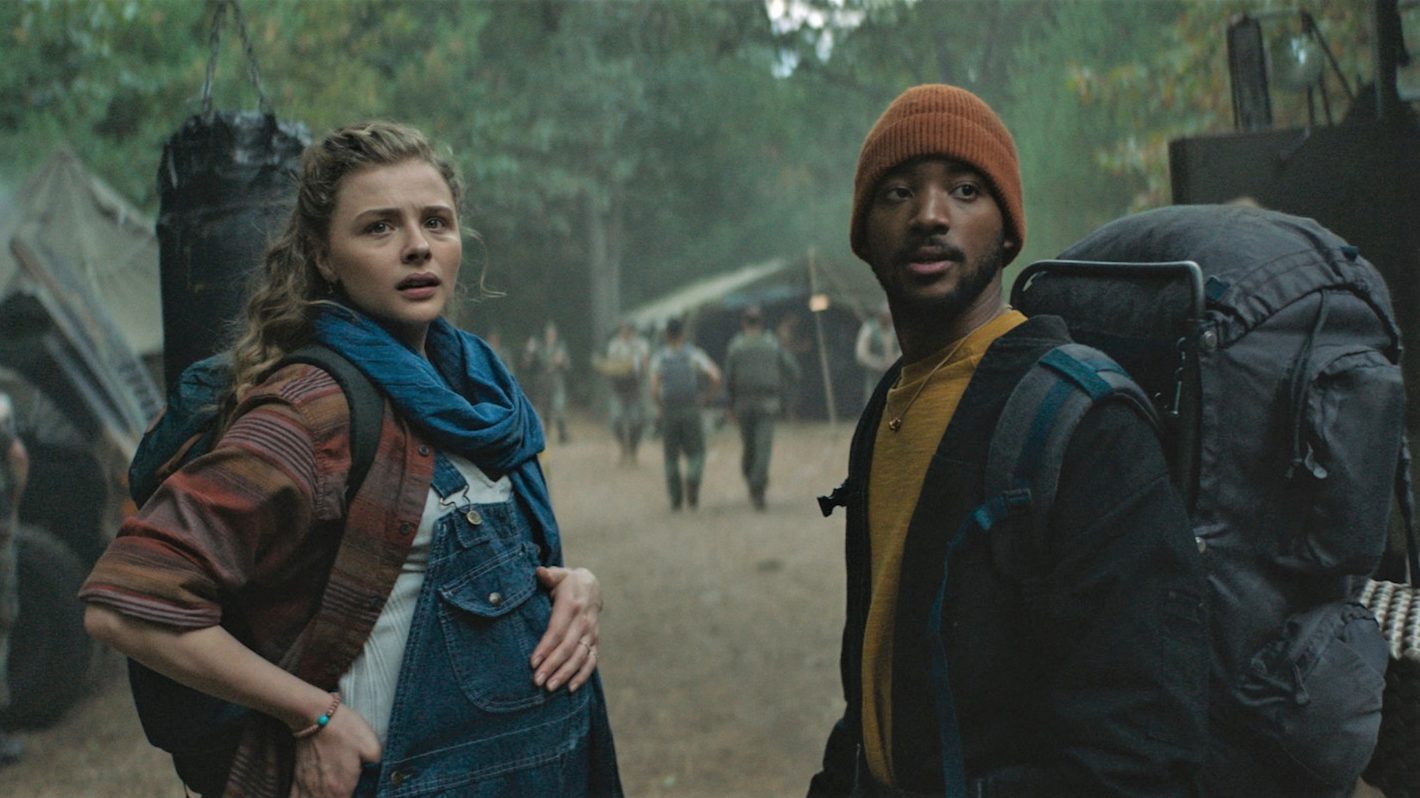 ‘Mother/Android’ is a post-apocalyptic sci-fi drama that follows a pregnant woman and her partner on their journey for survival. Set in a world overrun by murderous androids, the movie follows the couple’s tense journey through the A.I. humanoids’ stronghold that stands between them and a large human settlement. Made all the more complicated by the late pregnancy, the journey is as emotional as it is visceral, with circumstances changing in the blink of an eye.

A seemingly impossible journey begins to appear possible, only for things to become hopeless once again. In keeping with that tone, the ending features a bevy of twists that help drive home the scarily uncertain nature of the protagonists’ lives. If you were left wondering about some of the finer details of the climax, we’ve got you covered. Let’s take another look at the ending of ‘Mother/Android.’ SPOILERS AHEAD.

The film opens on Christmas eve as Georgia and her boyfriend Sam head out to a party. We find out that she is pregnant but unsure about just how much of a role she wants Sam to play in her life. At the party, Georgia mentions to her friend that she isn’t even sure if she wants Sam to be her boyfriend. The party is serviced by polite humanoid androids, who suddenly start attacking their human masters after a mysterious sound wails through the house. 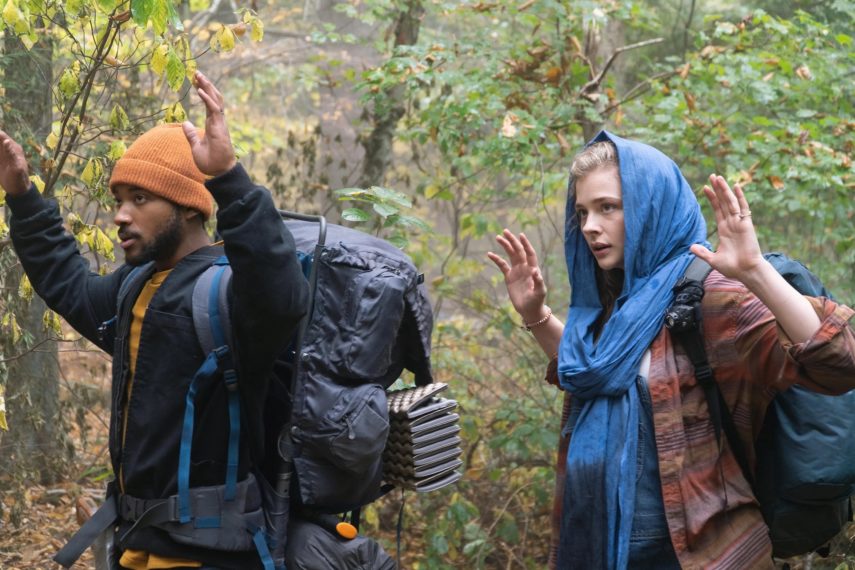 The young couples at the party manage to subdue the violent android, and we are then taken nine months on to find Georgia and Sam camping in the forest. They are on their way to Boston, where they hope to find a human settlement that has successfully repelled the androids. On the way, they find a military camp and take refuge there. That night, Sam gets provoked into a fight and injures a sentry, which results in the young couple being booted out of the shelter the next day.

On their own and with the baby due at any moment, Georgia and Sam then take refuge in an abandoned house. Weighing their options, they realize that they could either go around the Android stronghold, a trip that would take them at least 20 days, or cut through the dangerous area and reach their destination in two days. Eventually, they choose the latter, but Sam is then captured by the Androids while Georgia is rescued by a mysterious man named Arthur.

Mother/Android Ending: Is Arthur Human or Android? Does Arthur Die?

Arthur takes Georgia to his elaborate and well-stocked shelter, where he implores her to forget about Sam and run to safety. He even offers to take her to the human settlement, but the pregnant young protagonist insists on rescuing her partner from the androids. She eventually succeeds, and with Arthur’s help, Sam and Georgia arrive in Boston, and the latter’s son is born. However, it is then revealed that Arthur is on the side of the Androids and has used Georgia to find a way into the human camp.

As hordes of androids begin to attack the human stronghold in Boston, the new mother is forced to go on the run with her baby. She activates an electromagnetic pulse that temporarily disables the A.I. humanoids, allowing her and Sam to escape to the docks. As the film closes, they come upon a Korean ship, which offers to take their child but is unable to take Georgia or Sam along. Tearfully, Georgia finally agrees and watches her son being taken away on the ship.

The big twist, in the end, comes when it is revealed that Arthur is loyal to the androids. The secret comes out when the man interviewing Georgia tells her that the cloaking technology Arthur claimed to have doesn’t exist, meaning he was likely colluding with the androids to make it appear as if his armor makes him invisible to the A.I. humanoids. Considering he could communicate with Androids and seemingly control them tells us that Arthur is an android.

We also get some more hints that the mysterious character is an android. Specifically, he mentions how androids have surpassed the human weakness of emotion, and his own detached nature then becomes a clear hint that he is an android. Moments before Georgia shoots him down, Arthur claims androids are programmed to connect emotionally to humans, which explains how he could fool the young woman with his emotional outburst. The last we see of him, Arthur is riddled with bullets and incapacitated by Georgia. Combined with the effects of the EMP (Electromagnetic Pulse) that she activates, he is likely completely destroyed.

Is Sam Dead or Alive?

Sam faces a dark fate as he is brutally assaulted by the androids and subsequently loses both his legs. For a while, however, things appear to be peaceful, and it looks like he will survive and live out his days with Georgia and the newborn son. However, when Arthur and the horde of androids subsequently attack Boston, the young woman has no choice but to abandon Sam in the hospital and escape with her son. This is the last that we see of the young man. 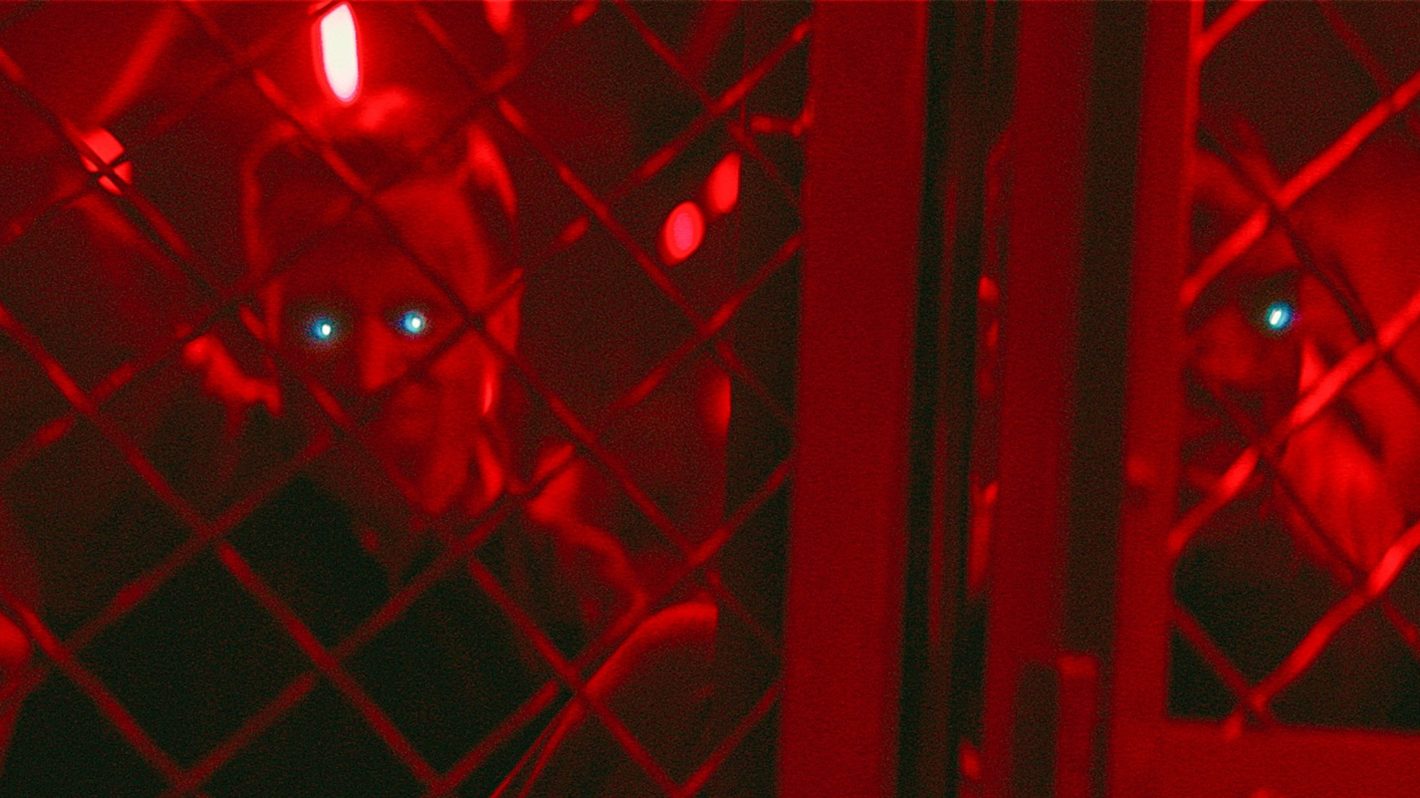 Considering that Georgia burns a picture of him in the closing scenes, it seems like Sam is dead. His injuries from the encounter with the androids are extensive, and after Arthur’s attack, it is unlikely that he would get the medical attention needed to recover.

What Happens to Georgia’s Baby?

Georgia’s newborn son is taken by a Korean officer on a rescue mission at the Boston docks. As part of the “Family Initiative,” which seems to be a program for families to leave the US for other (safer) countries, Georgia attempts to get Sam and herself on the boat as well. However, the officer informs her that they can accept only the baby as taking care of them (the adults) would be too “complicated.”

It is clear that Korea is also battling the effects of the global android attack but is seemingly in a better state than the US. Thus, the film closes on a heart-wrenching farewell as Georgia hurriedly writes a letter for her newborn son and hands him over to the Korean officer. She and Sam agree that going to Korea will give their son the best chance of survival, and sure enough, the film closes with scenes of the young child growing up with a foster Korean family.

Read More: Where is Mother/Android Filmed?