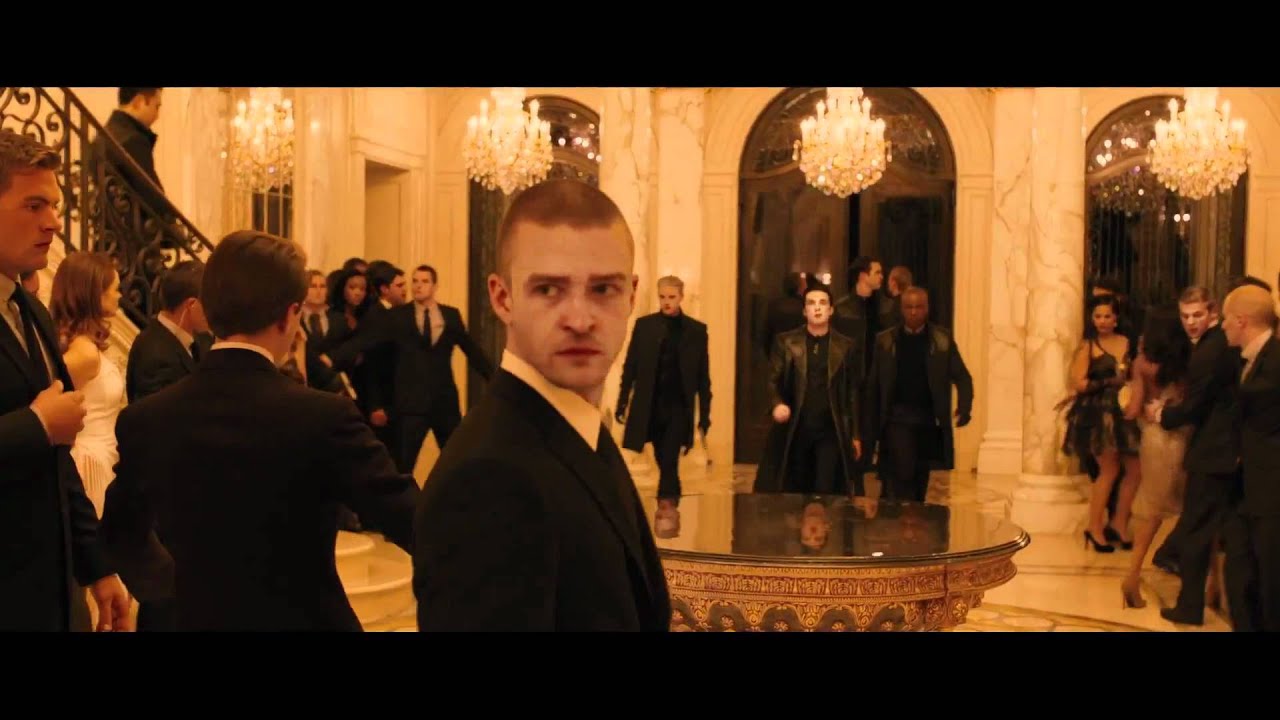 Written, directed, and produced by Andrew Niccol, ‘In Time’ is set in a dystopian world where genetic engineering has cured aging. People don’t get older than 25. This has brought about the creation of an economic system around time. Each individual has a clock on their arm that corresponds to how much time they have left before they die. The film’s ensemble cast includes Justin Timberlake, Amanda Seyfried, Alex Pettyfer, Cillian Murphy, Vincent Kartheiser, Olivia Wilde, Matt Bomer, and Johnny Galecki. The movie was a huge hit after it was originally released and has since achieved cult status. Here are seven films similar to ‘In Time’. You can watch most of these movies like ‘In Time’ on Netflix, Hulu, or Amazon Prime. 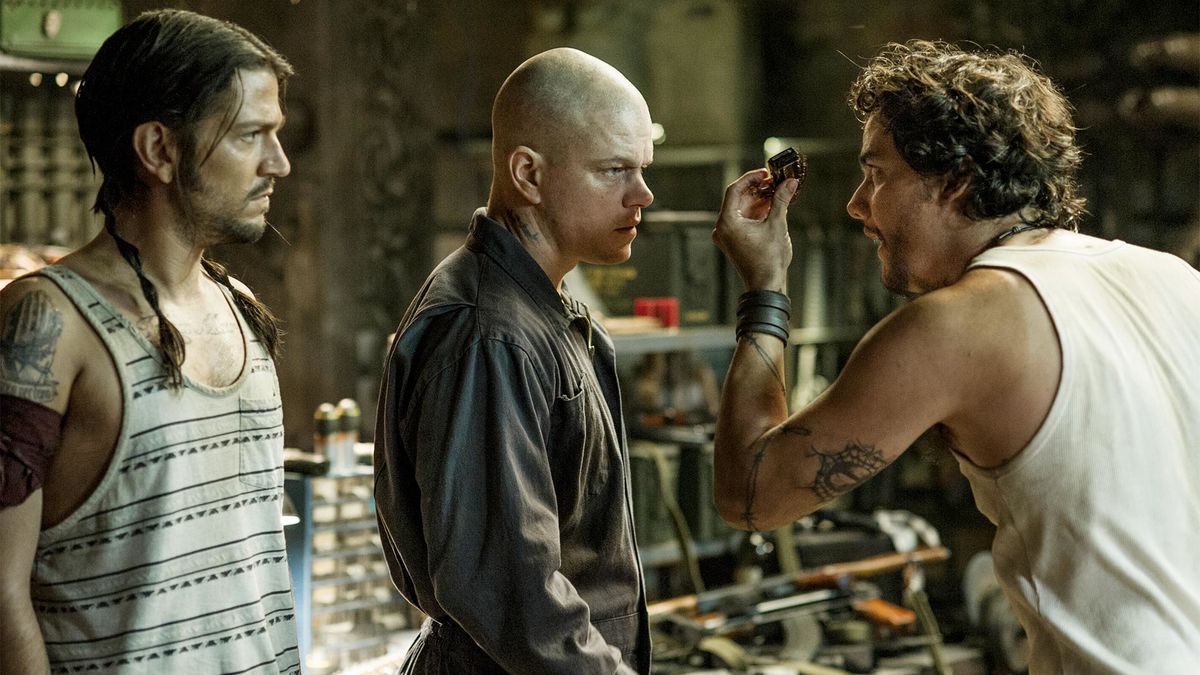 Starring Matt Damon, Jodie Foster, Sharlto Copley, and Alice Braga, South African filmmaker Neill Blomkamp’s ‘Elysium’ gives us a unique, but no less earnest, look at issues like classism, overpopulation, labor exploitation, and healthcare through the prism of a science fiction setting. In the film, earth has been nearly destroyed by various events prior to the story and is inhabited by the poor who don’t have access to most state-of-art medical technologies. The rich and the powerful live on a luxurious space habitat known as Elysium. The film follows Max Da Costa (Damon), a car-thief turned assembly line worker on earth, who infiltrates Elysium to search for a cure for his radiation poisoning. 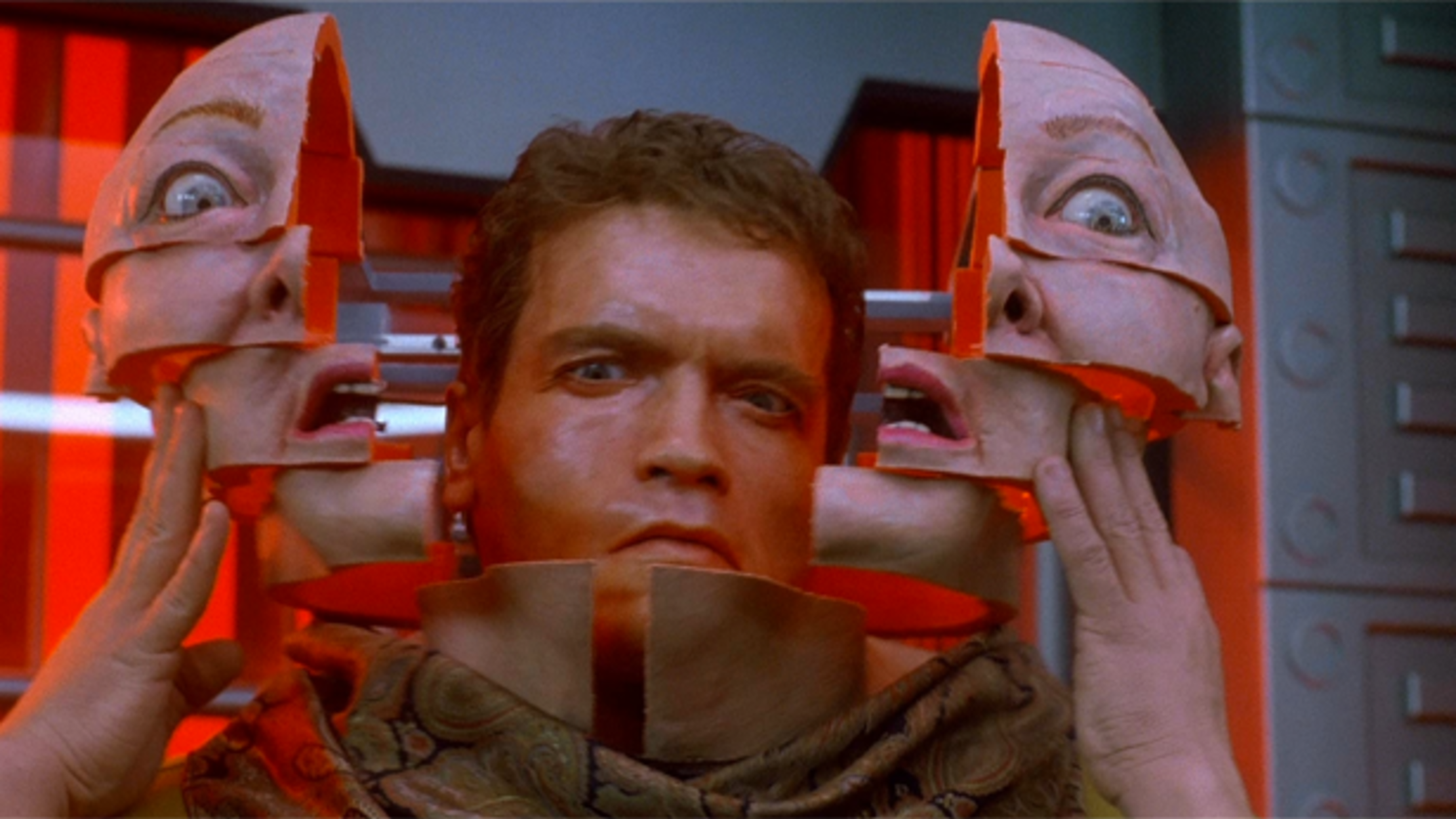 Adapted from the 1966 short story ‘We Can Remember It for You Wholesale’ by Philip K. Dick, ‘Total Recall’ is set in the year 2084 and revolves around construction worker Douglas Quaid (Arnold Schwarzenegger), who keeps having recurring dreams about Mars and a mysterious woman (Rachel Ticotin). When memory implants of a Mars vacation trigger his repressed memories of Mars and previous life as the secret agent Carl Hauser, Quaid/Hauser realizes that everything he knows about himself has been carefully fabricated. 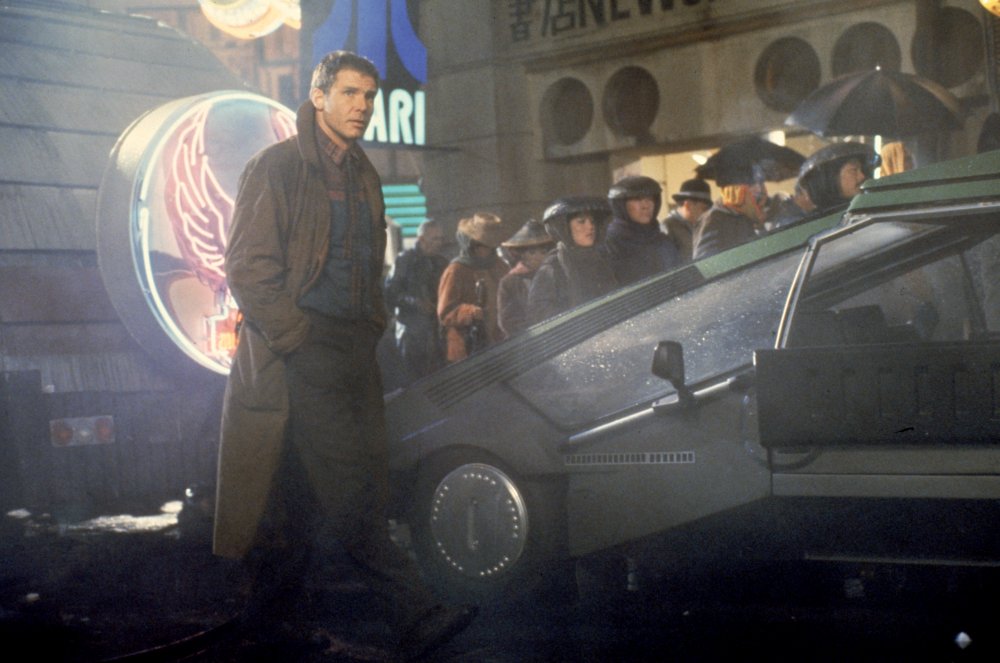 Based on another Philip K. Dick work, the 1968 novel ‘Do Androids Dream of Electric Sheep?’, Ridley Scott’s ‘Blade Runner’ takes place in the dystopian Los Angeles of 2019. Rick Deckard (Harrison Ford) is a former police officer and blade runner, whose job is to track and eliminate replicants, artificial beings who can’t be told apart from humans. The only way to recognize them is through the Voight-Kampff test, which measures emotional reactions to certain questions. After a group of replicants rebel and escape to earth from space colonies, Deckard is forced to go in search of them. 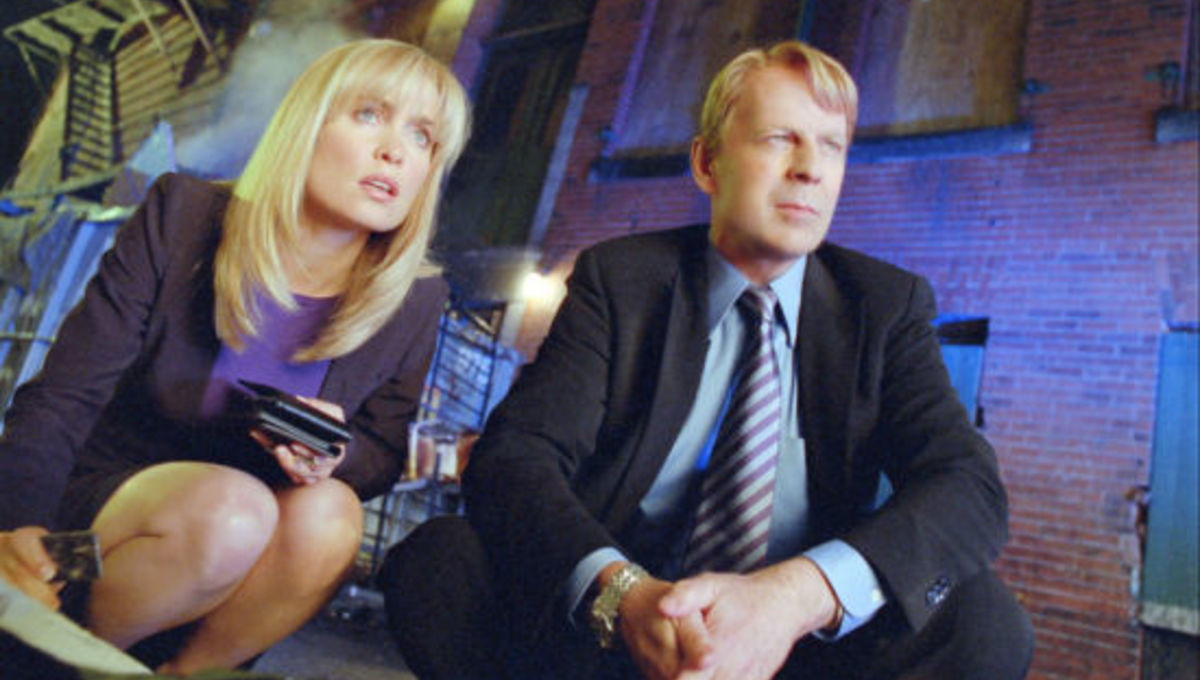 Jonathan Mostow’s ‘Surrogates’ explores a society where people have android versions of themselves to live in and interact with the outside world, while their real selves can remain in the comforts of their homes. These surrogates are created in the image of what they consider to be the ideal versions of themselves. The film was inspired by Robert Venditti and Brett Weldele’s series of graphic novels, ‘The Surrogates’, and centers around FBI agent Tom Greer (Bruce Willis), who is investigating the recent killings of several surrogates. 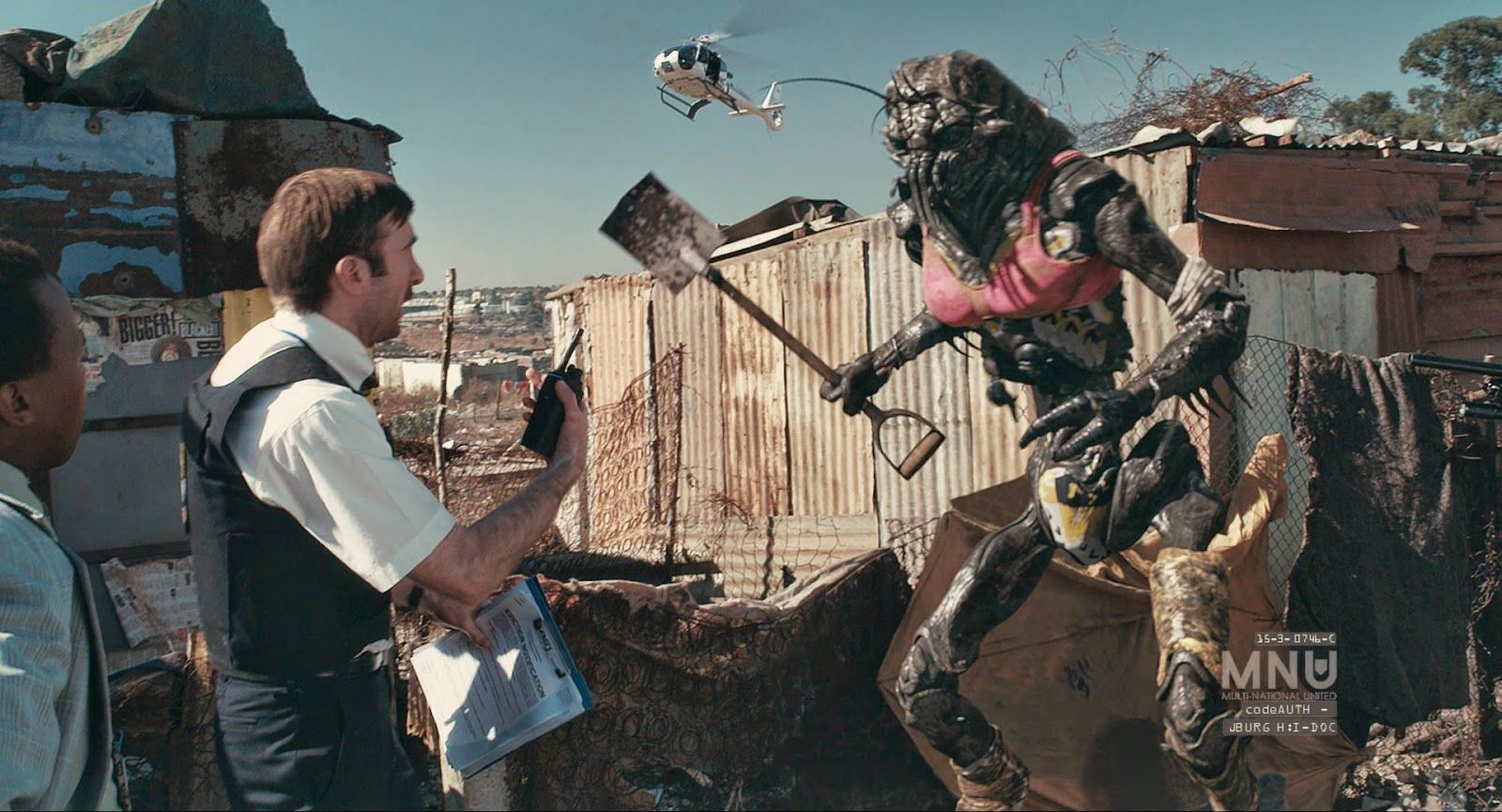 Neill Blomkamp is a master of using a science-fiction setting to address real-world problems. In ‘District 9’, he deals with racism and social segregation, issues that have plagued South Africa for generations. The film starts in 1982 when a spaceship filled with emaciated aliens come to South Africa. In the present day, the aliens, known by the derogatory term “Prawns”, are confined to the slum-like zone District 9. The humans believe that the aliens are dirty freeloaders who should not be allowed to live this close to them. Wikus van de Merwe (Sharlto Copley) works for a company that has been put in charge of relocating the aliens outside the city. After he is accidentally sprayed with alien fuel, he starts transforming into a Prawn. 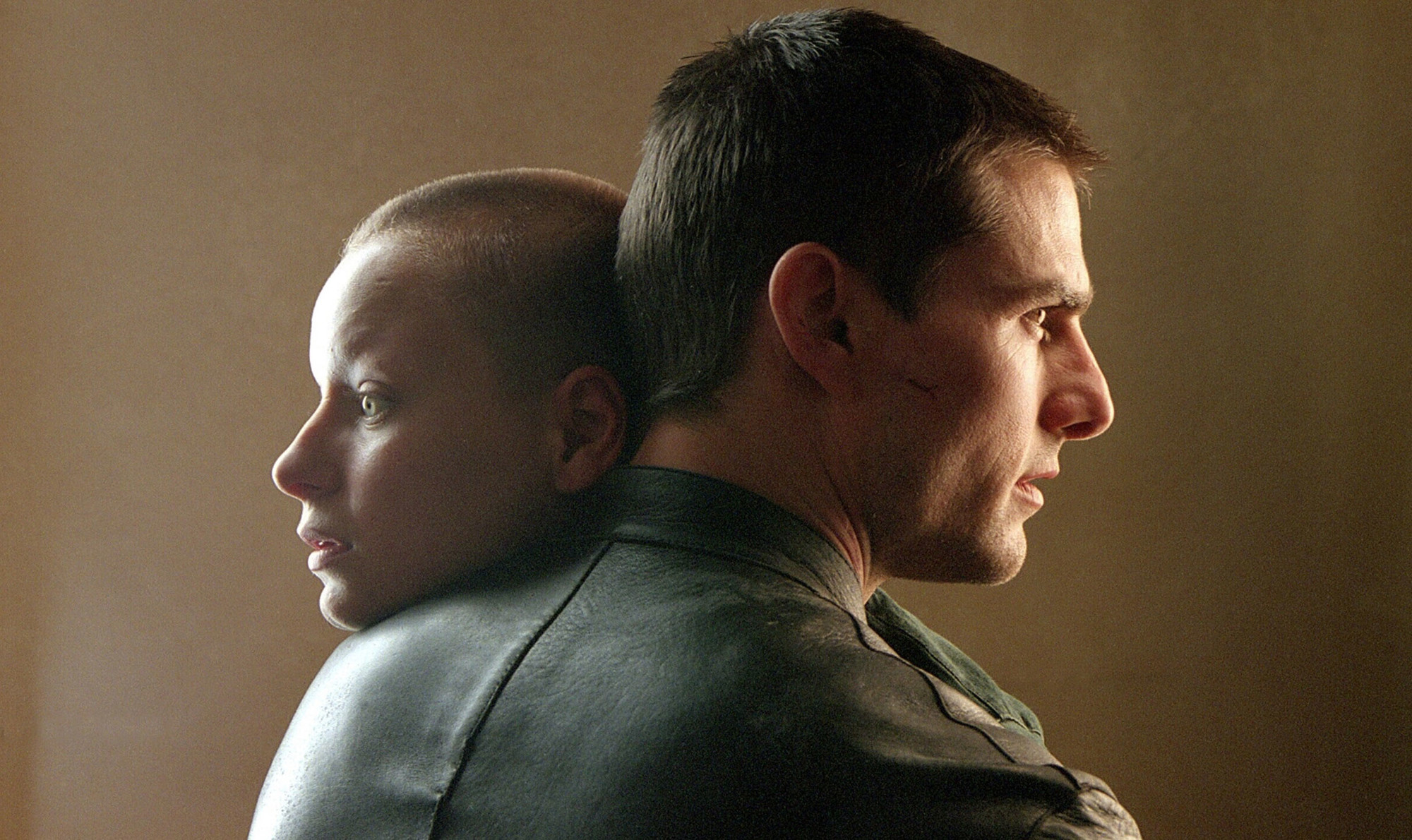 ‘Minority Report’ is yet another brilliant science fiction film that originates from a Philip K. Dick work, the 1956 short story ‘The Minority Report’. Directed by Steven Spielberg, the film tells the story of Chief John Anderton (Tom Cruise), who leads the prototype PreCrime police department of Washington, D.C. Based on predictions from three mutants knows as “Precogs”, they prevent murders before they take place. However, John starts to question the system when the Precogs foretell that he is going to kill someone he doesn’t even know. 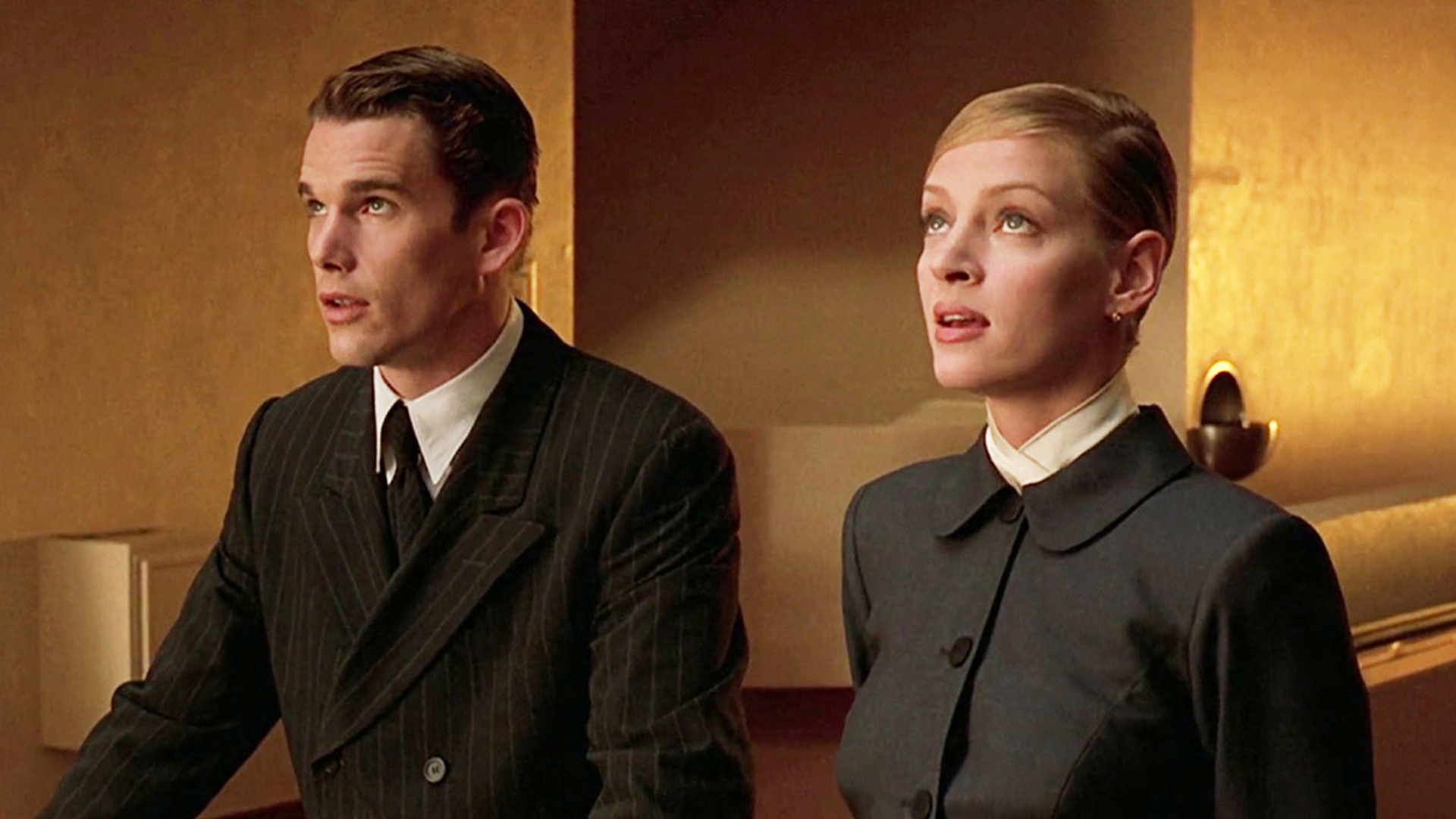 ‘Gattaca’ is Niccol’s directorial debut and one of his most celebrated works as a filmmaker. The biopunk society in the film has been established on the ideals of eugenics. The parents of Vincent Freeman (Ethan Hawke) did not opt for the help of genetic selection while conceiving him. This has made him what society considers genetically inferior. Despite this, Vincent aspires to work in space travel.