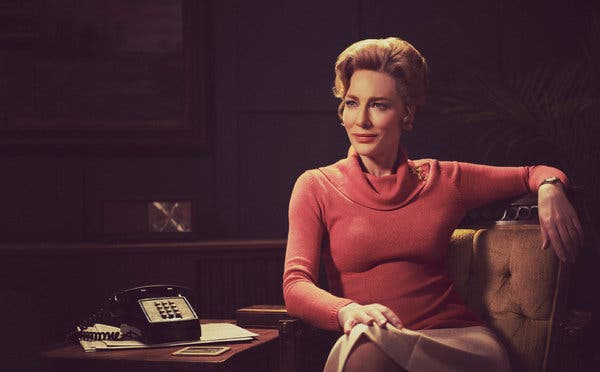 Hulu’s ‘Mrs. America‘ is certainly one of the most holistic depictions of the feminist movement. For starters, it focuses on a woman who opposed the ratification of the Equal Rights Amendment (ERA) successfully: Phyllis Schlafly. By doing so, it presents the rather undiscussed topic of why conservative women felt (some of them still feel that way even today) that gender inequality was actually a privilege!

Hence, in many ways, ‘Mrs. America’ is a crucial story to tell as it familiarises viewers with the biggest yet unpredicted challenge faced by the second feminist movement. Plus, it highlights how much most of our views have changed, for the better, in almost five decades and how some conservative views sound as ridiculous today as they did then.

Each episode of ‘Mrs. America’ focuses on a different woman. The first episode focuses on Phyllis Schlafly, after whom the show is titled. The episode functions like an introduction to Schlafly’s life, views, and ambitions.

Schlafly is a housewife with some political ambitions. Her main area of interest is the Cold War. She wishes to stop Nixon from signing the Strategic Arms Limitation Talks Treaty (SALT). Moreover, she also wishes to run for Congress, despite having lost twice. A friend asks Schlafly to look into the ERA movement, which is predicted to be a success. A group of second-wave feminists has been successful in getting the Equal Rights Amendment approved in the Senate. It has been sent to the state legislatures for ratification.

At first, Schlafly does not think that there is a need to oppose the Equal Rights Amendment. However, her own personal aspirations look to be going nowhere. Her views on stricter anti-communism policies are not taken seriously by other politicians due to her gender. Her husband does not believe that she can win an election.

Schlafly sees the ERA as a chance to advance her own political aspirations. She invites her friends, mostly housewives to her home and speaks about how the ERA will strip them of their privilege of being a housewife. She professes how women will be drafted into the military because of it and paints other worst-case scenarios.

Schlafly drafts a letter called “The Phylis Schlafly Report” to multiple women, highlighting her views and seeking their support. Meanwhile, an African-American woman named Shirley Chisholm decides to run for President. She is a part of the group of feminists attempting to get the ERA passed. The group finds out about Schlafly’s report and thinks that she is not a threat.

‘Mrs. America’ is a period story that nails its depiction of the ’70s. The Hulu mini-series perfectly portrays the political atmosphere of the time. This ought to be integral to the story it is trying to tell. It is not just the costumes or other set-pieces that ‘Mrs. America’ perfectly captures. The public sentiment is represented convincingly, taking viewers on a trip to the past.

Another aspect that ‘Mrs. America’ succeeds in is characterization. Schlafly’s motifs and conflicts are developed well, and within a span of forty-five minutes, it is crystal clear what drives her. Cate Blanchett is simply stunning and one can hardly take their eyes off her. In fact, all the actors on the mini-series play their part convincingly. John Slattery is perfectly cast as Schlafly’s misogynist husband, with viewers having seen him play similar characters. Uzo Aduba as Chisholm shines as well. Martindale and Byrne play their limited parts in the episode with promise.

However, the opening episode feels quite slow and slightly dragged on. Yes, it focuses on Schalfly’s character and what leads her to oppose the ERA. However, the plot seems to be missing from the driver’s seat. This is where the structure of ‘Mrs. America’ can do the show disservice if each episode stalls plot in favor of character and setting. Yes, character and setting are important, but the two need to be driven by a non-stagnant narrative. Yet, ‘Mrs. America’ does hold tons of promise, and the first episode does not, in any way, reduce one’s willingness to watch more of it.