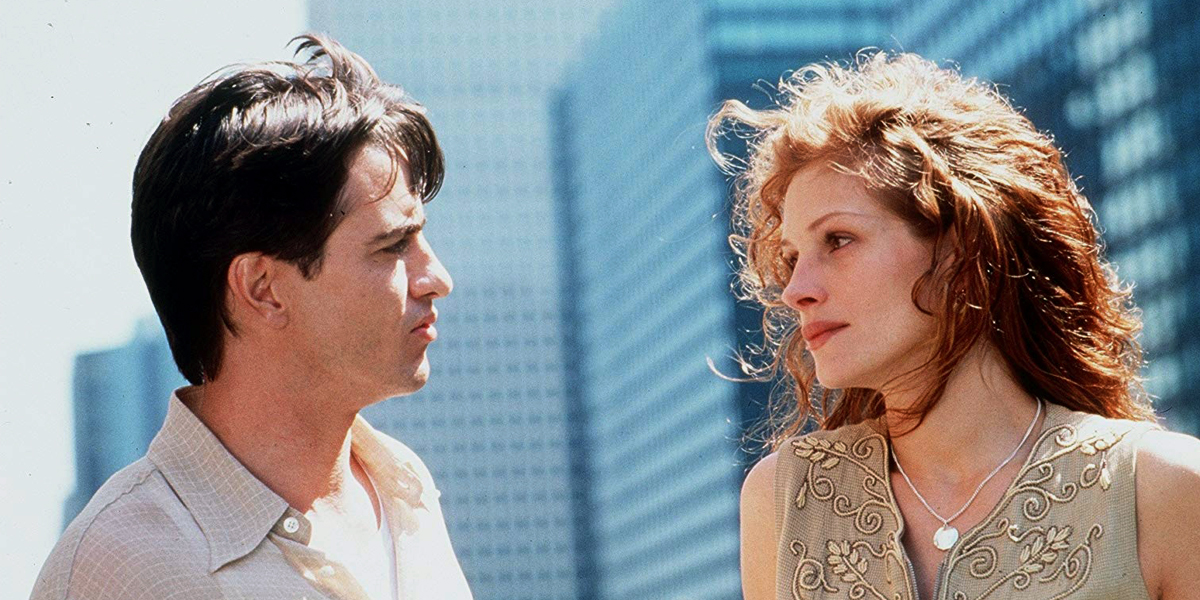 ‘My Best Friend’s Wedding’ is a Julia Roberts-starrer rom-com that follows the story of a woman who rediscovers long-dormant romantic feelings for her best friend after learning that he’s marrying someone else in three days, and sets out to sabotage the wedding. There have been other romantic comedies around a similar premise- a man or woman realizes they are in love with their long-time buddy after said buddy gets engaged to someone else.

But the way ‘My Best Friend’s Wedding’ takes the trope, twists it, and turns it into something darker, ending in an unexpected manner, is refreshing. If you’re looking for a deeper insight into the unconventionally bittersweet ending of ‘My Best Friend’s Wedding,’ we’ve got you covered. But first, here’s a quick synopsis of the film. SPOILERS AHEAD.

New York-based food critic and confirmed commitment-phobe, Julianne “Jules” Potter, remembers that, as college students, she and her best friend (and one-time boyfriend for a brief time) Michael O’Neal had made a pact that they’ll marry each other if they’re both single by the age of 28. With her 28th birthday only weeks away, Jules is surprised to get an urgent call from Michael, a sports writer. But she is shocked to learn that Michael is calling to invite her to his wedding to a wealthy 20-year-old college student, in three days. 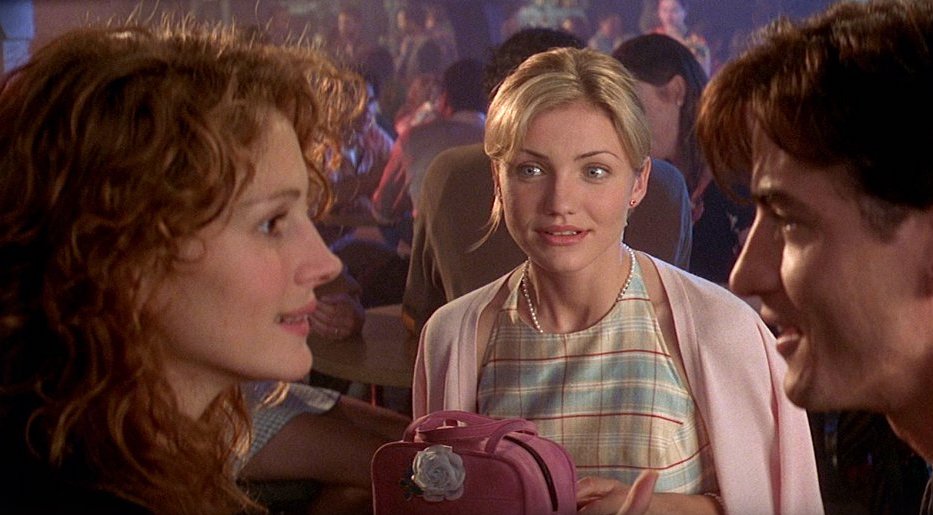 Realizing that she wants Michael for herself, Jules takes the next flight out to Chicago (where the wedding is), intent on throwing a wrench in the proceedings and sabotaging the wedding. In Chicago, Jules meets Michael’s intended, Kimmy Wallace – a beautiful and bubbly college student whose father owns the Chicago White Sox. Right off the bat, Kimmy asks Jules to be her maid of honor (since her own BFF is indisposed).

For the next two days, Jules’ attempts to break Michael and Kimmy up fall flat. When Jules’ editor and friend, George, arrives in town to lend her support and encourage her to tell Michael the truth, Jules does the opposite. She tells Michael that she’s engaged to George (who is actually gay) in an attempt to make him jealous. After George leaves for New York, she tells Michael that she and George have broken up, and Michael admits to being jealous at seeing them together.

In a sneaky, mean-spirited act of desperation, Jules goes to Kimmy’s father’s office and uses his computer to forge an email from him to Michael’s boss, asking that Michael be fired from his low-paying sports magazine job so that he will have no choice but to accept a lucrative position at Kimmy’s father’s company. Even though Jules just saves the email as a draft so Michael can see it later, Kimmy’s father unknowingly sends the damaging email. Michael’s boss faxes him a copy of it to let him know what kind of family he’s marrying into, which leads Michael to break up with Kimmy the night before the wedding.

The next day, Michael realizes that he still wants to marry Kimmy. In a last-ditch effort to stop the wedding, Jules confesses to Michael that she loves him and asks him to choose her. Kimmy sees them kissing and runs away, causing Michael and Jules to chase after her. Jules tells Michael that she was the one who wrote that email, and he forgives her. Jules finally finds her conscience and smoothes things over with Kimmy so that the wedding can happen seamlessly.

My Best Friend’s Wedding Ending: Who is Michael Really in Love With?

After George leaves and Michael asks to spend some time alone with Jules, it does seem as if he is in love with Jules and is slowly realizing that she reciprocates the feeling. But the email fiasco and the ensuing breakup forces Michael to take stock of his current feelings, and it dawns on him that he still wants to marry Kimmy, even though her father tried to get him fired.

The fact that, at the pre-wedding brunch, Michael is more concerned about Kimmy being okay than about the wedding being called off is proof that Michael truly loves Kimmy. He may have harbored feelings for Jules for many years, but since she never reciprocated them, Michael moved on and found lasting happiness with the sweet and expressive Kimmy. Even when Jules confesses her love and kisses him, Michael does not kiss her back and immediately takes off after Kimmy when she runs away.

The movie ends with Michael and Kimmy leaving for their honeymoon and Jules staying behind at the reception party. George surprises her by being there unexpectedly, and they dance the night away. The fact that George flew to Chicago twice in the space of three days, even though he hates flying, leads us to believe that George is actually Jules’ best friend. He is the only voice of reason in the entire movie and is not afraid of hurting Jules’ feelings with the truth. 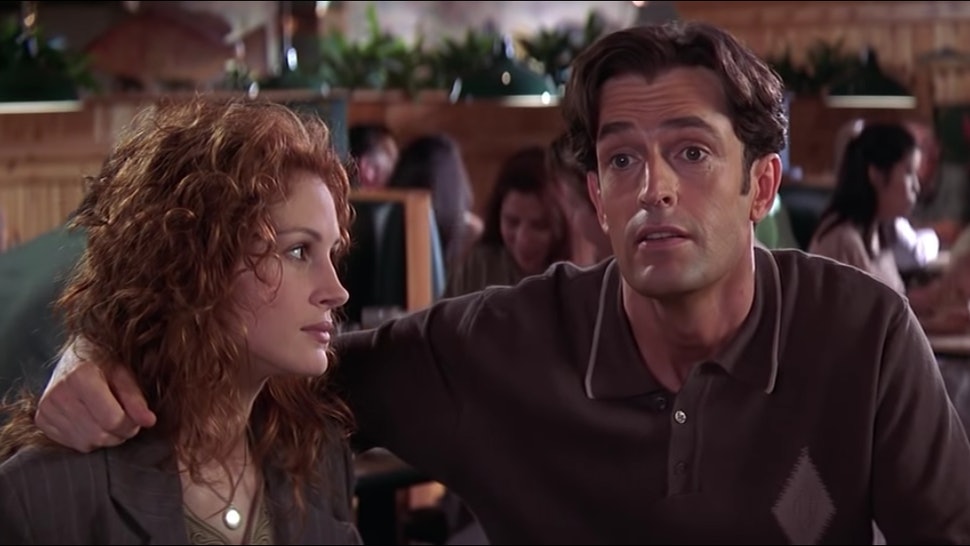 He tells her, point-blank, that Michael is likely going to choose Kimmy but encourages Jules to tell the truth anyway and then gracefully say her goodbyes to her long-time friend. George repeatedly pleads with Jules to be a better person and be happy for her friend, even if it breaks her heart. But clearly, he’s not all talk. He has faith that Jules will ultimately do the right thing and let Michael go, so he makes sure that he’s at the wedding to support his friend. Too bad George is gay, huh!

Will Michael and Kimmy Last?

Though the movie ends on a bittersweet note, with Jules heartbroken and Michael and Kimmy happily married, I personally don’t think the couple’s marriage will stand the test of time. Kimmy is only 20 and is giving up her college studies and basically her whole career to be Michael’s wife. While there are many successful marriages that have stemmed from a similar situation, it feels as though in this particular case, Kimmy and her husband will have lasting problems. 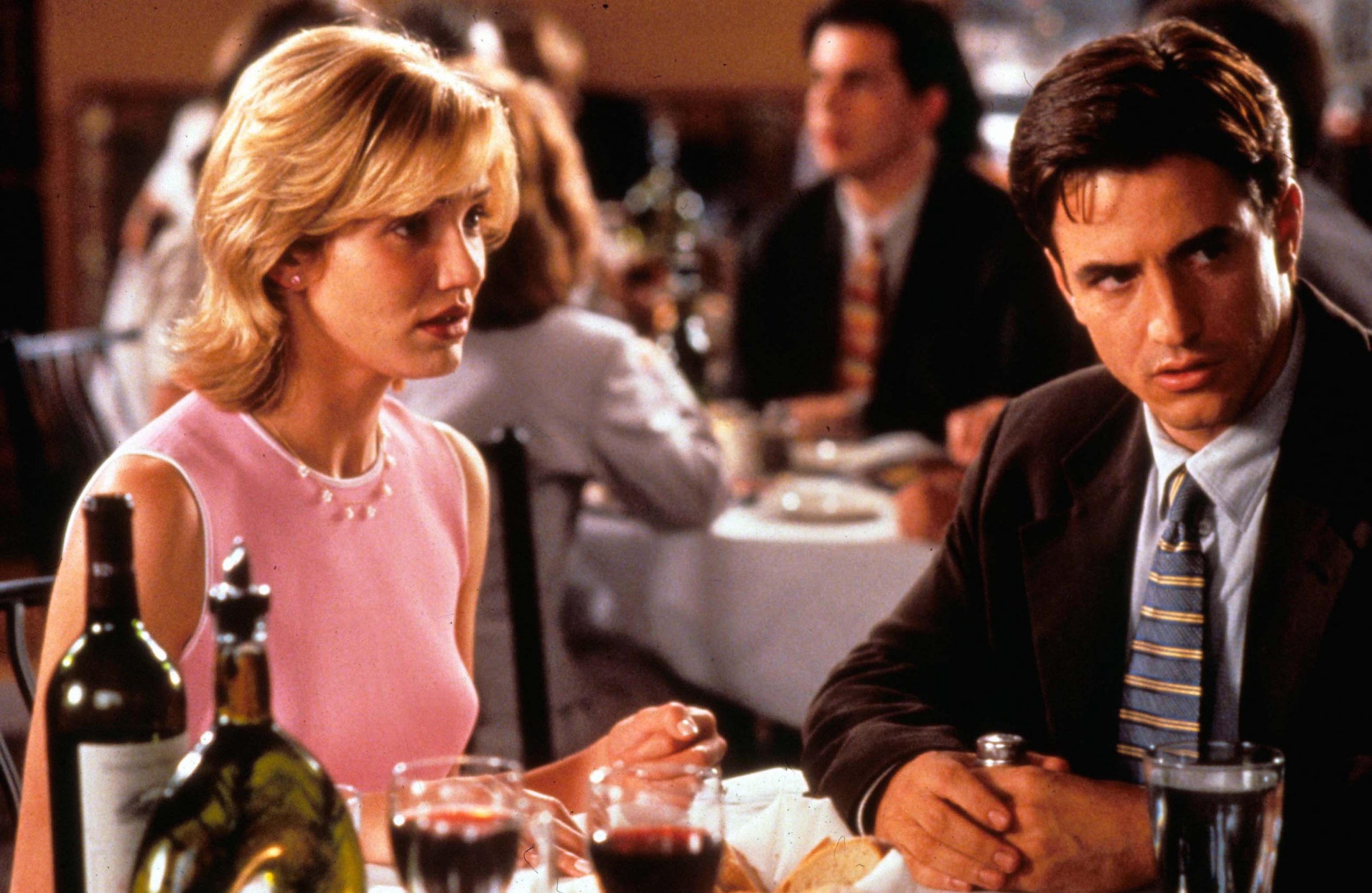 Their mismatched reality comes into sharp focus in the restaurant scene where Michael is angered by the fact that Kimmy wants him to join her father’s company and rises to leave the table. Kimmy immediately freaks out and begs him to stay with a desperation that feels palpably disturbing and borderline obsessive. How long their seemingly doomed marriage lasts, however, is something the movie does not tell us.

Read More: Is My Best Friend’s Wedding Based on a True Story?