My First Girlfriend Is a Gal Season 2: Everything We Know 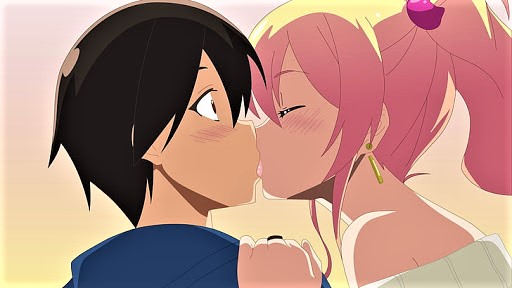 Based on the Japanese manga series of the same name by Meguru Ueno, ‘My First Girlfriend is a Gal’ or ‘Hajimete no Gal’ is an ecchi romance-comedy anime series that revolves around a virgin high schooler whose life takes an unprecedented turn when one of the prettiest girls in his school, Yukana Yame, accepts his proposal. Adapted by the Japanese animation studio NAZ, the show was first released on July 12, 2017.

Although critics lambasted it for lack of character depth and unlikeable protagonist, the show’s fans are still eager for an update on season 2. Curious to learn when ‘My First Girlfriend is a Gal’ will return with all-new episodes? We have got you covered.

My First Girlfriend Is a Gal Season 2 Release Date

As far as season 2 of the series is concerned, here’s everything we know. Ever since the conclusion of its first season, fans are eagerly waiting for an update, but there has been no official renewal for the ecchi romance-comedy anime as of now. When the first episode premiered by that time, only the first four manga were released, and since then, Meguru Ueno has published eight more tankōbon volumes, with the latest one all set to release on July 26, 2021. So, there is no dearth of source material for the show to cover.

Considering these factors, the lack of interest in the show’s renewal seems ominous for its future. Furthermore, the poor ratings of season 1 and a reasonably satisfying ending with no cliffhangers do suggest that another season may never have been in the creator’s plans from the beginning.

With all the aforementioned reasons into account, it’s safe to say that the fantasy anime is unlikely to return for another season. However, there have been instances when shows have unexpectedly returned for another season after a long gap. If that’s the case with the ecchi anime as well (although we stress that it’s highly unlikely), we can expect ‘My First Girlfriend Is a Gal’ season 2 to premiere sometime in 2023.

My First Girlfriend Is a Gal Season 2: What Can It Be About?

Season 1 of ‘My First Girlfriend Is a Gal’ introduces us to the shy protagonist Junichi Hashiba and his group of perverted friends. Although his initial interaction with the gorgeous Yukana Yame seems perverted, after she accepts his proposal, the couple grows surprisingly close over time despite the initial awkwardness and ambiguousness. Interestingly, many girls who may have never paid any attention to Junichi begin to throw themselves at him.

However, to their surprise, he turns down the sexual advances of every one of them while Yukana continues to observe him from a distance, always downplaying the flirtatious and sexual remarks targeted at her boyfriend. By the finale, the couple ends up developing emotions for one another and confess their feelings before kissing each other.

In season 2, we can expect a lot of unexpected twists. Although Ranko vows to destroy Junichi and Yukana’s relationship, throughout season 1, she remains surprisingly uninterested in pursuing her goal. It is entirely possible that she is only waiting for the right opportunity. Furthermore, when Yui confesses her feelings for Junichi, she ends up getting humiliated for it, and though she vows to take vengeance, like Ranko, she never tries to hurt anyone.