When Does My Hero Academia Season 4 Start? 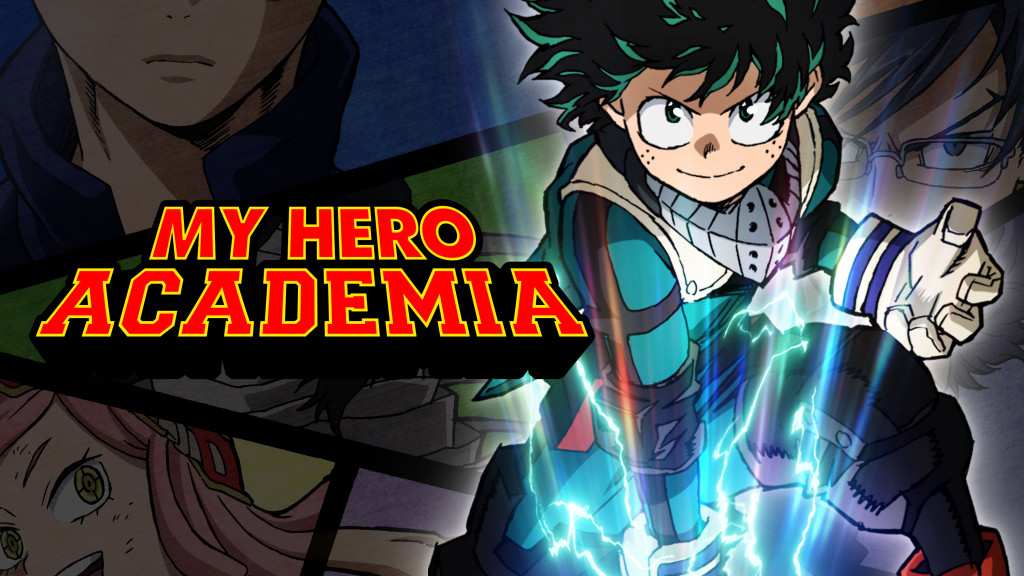 My Hero Academia (also known as Boku no Hīrō Akademia in Japanese) is a Japanese superhero anime television series which is based on a manga series of the same name. Written and illustrated by Kouhei Horikoshi, the manga series was first published on July 7, 2014. A couple of years later, it was picked up to be made into an anime television series, and Season 1 of My Hero Academia premiered on April 3, 2016. It was an immediate hit among fans of the manga series and new viewers alike, and the show, unsurprisingly, has been renewed multiple times. Since the last season aired in 2018, fans of the show have been demanding a fourth season. The good news is that the show has been renewed for a fourth season, which is slated to premiere sometime in 2019. Here’s everything you need to know about the plot, characters, and release date of Season 4.

My Hero Academia Season 4 Release Date: When will it premiere?

My Hero Academia season 3 premiered on April 7, 2018, and the season finale was aired on September 29, 2018. To the joy of fans who had been looking forward to a fourth season, Season 4 was confirmed as soon as Season 3 ended.

A couple of months later, on December 19, 2018, the show makers also announced that My Hero Academia Season 4 would premiere in October 2019. On June 18, 2019, the first trailer for My Hero Academia Season 4 was released which also revealed that it will release on October 12, 2019 — the date has been confirmed by the show’s website. FUNimation will stream the new season as it airs in Japan, but they’ll also be debuting the Season 4 premiere at Anime Expo 2019 this July 6, 2019.

For those interested, My Hero Academia has been dubbed into English by a talented list of voice actors. If you want to watch the show in English, you can find dubbed episodes on Funimation, Hulu, Crunchyroll, AnimeLab, and VRV.

My Hero Academia is set in a world where people with superpowers, called quirks, are fairly common – in fact, eight percent of the world’s population have these special abilities or quirks. In this world, a boy called Izuku Midoriya is born without superpowers, and is discriminated against because of his lack of superpowers. Having dreamt of being a superhero from childhood, Izuku, however, remains determined to acquire superpowers and become a hero someday.

While Izuku spends his childhood dreaming of the day he’ll acquire powers, his life takes a drastic turn when he meets the world’s number one superhero and his idol, All Might. When Izuku meets All Might, he comes to know that the hero has quirk which allows him to pass on his powers to one successor. And to Izuku’s joy, the young boy comes to know that All Might has chosen him to become his successor.

Thus, the powerless Izuku agrees to undergo months of special, gruelling training, and at the end, emerges with the powers of All Might. With his newfound powers, Izuku then enrolls in UA Academy, a prestigious school famous for its superhero training program. While Izuku is already overjoyed when he joins the academy, he gets even more excited when he comes to know that his batch is a particularly promising one. Together with his quirky but talented and powerful classmates, Izuku thus learns what it actually means to be a hero, especially when a powerful villainous organization rears its head.

Much of the show documents Izuku’s journey to become a hero after he joins UA Academy, and highlights include Izuku’s participation in the academy’s world-renowned annual sports programme, where heroes get to showcase their powers. Although Izuku possesses massive raw power, he is inefficient, and has to put his wits and powers to the test if he is to win glory in the competition.

Later in the show, Izuku and his classmates finish a year at the academy, and during summer, head off to a training camp organized by the UA Academy’s pro heroes. The camp is a gruelling one and heroes have to learn to master their abilities by battling each other. Although the training camp gets off to a bright start, the students have to face a nightmarish challenge when the League of Villains invade the camp in a bid to kidnap one of the students. Being one of the students who get caught in the crossfire in the attack, Izuku and his fellow classmates have to be at the top of their game if they are to survive the onslaught.

Despite having dozens of heroes and villains, My Hero Academia has only a handful of main characters. Below, we’ve given you brief backgrounds on each of them.

Izuku Midoriya: The main protagonist of the show, Izuku is born without a quirk and dreams of becoming a hero someday. His dreams are fulfilled when he meets his favourite hero, All Might, and inherits his powers. Subsequently, he joins the prestigious UA Academy, and from that point on, begins to mould his personality and hone his powers so that he can become the hero he has always dreamt of. Although initially reserved and timid, Izuku starts emerging from his shell in the UA Academy, especially when he starts to understand and control his powers and starts beating his peers during battle training. Diligent and strong-willed, Izuku dreams of becoming the best hero ever, and will go to any length to protect those who are in danger. Further, he is also shown to be a caring personality, and is always willing to try and help those who are going through personal problems.

All Might: The number one hero in the world during Izuku’s childhood, All Might is also known as the “Symbol of Peace” and is famous for always saving the day with a smile on his face. Muscular and extremely powerful in his hero form, All Might was at the peak of his hero career for a long time. However, when fighting an extremely powerful supervillain, All Might suffers terrible injuries. Although he manages to defeat the villain, he ends up using most of his powers, and his hero career comes to an end. At this point of time, he meets Izuku and transfers all his powers to the young boy.

Katsuki Bakugou: A student at the UA Academy, Katsuki is another main character in the show. Born with superpowers, Katsuki is shown to be an extremely aggressive individual who is prone to bullying Izuku, who he also treats as a rival. Having a superiority complex, Katsuki frequently looks down on others and wants to become the best at everything. Conversely, when people look down on him, he is easily enraged. Despite his arrogance, however, Katsuki is not vain, and is shown to be extremely smart, capable, and powerful. Like Izuku, he also wants to become the best hero the world has ever seen, and as a result, treats Izuku as if he is an obstacle to his ambitions.

Tenya Iida: Another UA Academy student, Tenya comes off as pedantic and scary, and during the entrance exam to the academy, he chastises Izuku for being disrespectful towards the exam. Later in the show, however, he befriends Izuku and becomes good friends. He is also the president of Izuku’s class. It is also revealed that Tenya comes from a well-known family who have been superheroes for generations, and he too was born with a quirk. Tenya’s powers include super-speed, which he achieves via jet engines on his legs.

Ochako Uraraka: Izuku’s best friend in the show, Ochako is also part of the UA Academy and her quirk is Zero Gravity, which gives her the ability to make any object float. However, if she uses her powers too much, she becomes nauseous and is unable to use her powers for a while. Izuku also has a crush on Ochako, and later, it is revealed that Ochako also has feelings for Izuku.