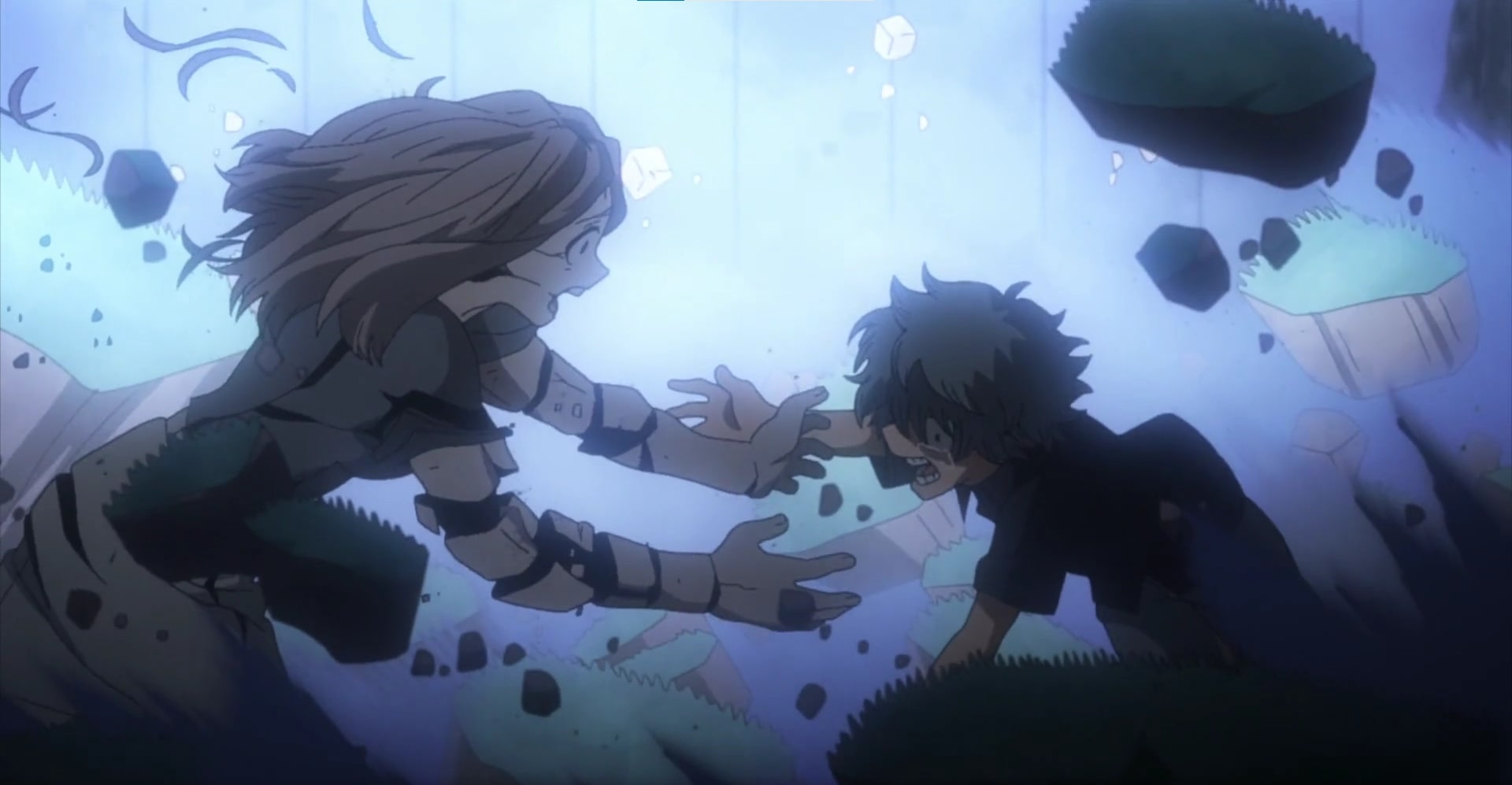 As exaggerations are an undeniable part of the anime industry, it naturally exists in its criticism as well. But it really wouldn’t be hyperbolic to admit that the 23rd episode of the fifth season of ‘My Hero Academia’ is by far one of the best anime productions of all time. In it, the real Twice clones Himiko to save her life while his clones fight against the Meta Liberation Army members all over the city. The two leaders of the opposing groups clash, and Re-Destro proves to be more powerful. Spinner embraces his hikikomori self as he takes on the manipulative Trumpet. Tomura remembers everything, and Gigantomachia finally arrives. Here is everything you need to know about the ending of episode 23. SPOILERS AHEAD.

Titled ‘Tenko Shimura: Origin,’ the episode begins by showing what was happening at various locations on the battlefield before Tomura brought down the Central Tower. Twice plans to give Himiko blood transfusion by making her clones. But as she is a teenager who is in the middle of her growth sprout, and he needs a person’s exact proportions to use his Quirk, he struggles with the procedure. Jin Bubaigawara ultimately does manage to create a double of Himiko and resolves to protect her until she is somewhere safe.

Meanwhile, as Spinner rushes toward Trumpet, the latter uses his Quirk, Incite, to increase his followers’ physical and mental abilities. He mocks Spinner for his Gecko Quirk, which the politician evidently considers as weak. He also reminds the League of Villains member about his days as a shut-in teenager. Suddenly, the tower comes down, and a worried Trumpet sends a portion of his warriors to help Re-Destro. In a voice filled with complete disdain, Trumpet tells Spinner that he will never accomplish anything. But the latter decides that he will find a way to help Tomura.

After the tower’s destruction, Jiran is revealed to be alive. A few Twice’s clones saved his life. Meanwhile, Tomura mocks Re-Destro, stating that if the older man thought he would be able to stay in the ivory tower while the others fight, he has made a catastrophic mistake. The two begin fighting, and Re-Destro at first proves to be too powerful for Tomura. But as the fight continues, the MLA leader realizes that Tomura is in the middle of an awakening, and his powers are rapidly growing. As for Tomura, receiving such a horrid punishment in Re-Destro’s hands unlocks his memory of childhood.

My Hero Academia Season 5 Episode 23 Ending: Who Is Tomura’s Grandmother? What Happened to His Family?

Tomura’s grandmother is Nana Shimura, the seventh user of One For All and the mentor of Toshinori Yagi (All Might) through his father, Kotaro Shimura. Tomura’s real name is Tenko Shimura, and initially, he was a Quirkless boy who had a seemingly unrealistic dream of becoming a pro-hero. It’s quite interesting how similar sounding the origin stories of Tomura and Midoriya are. Fortunately for the hero of the story, he has a loving mother in Inko, whose infinite patience and love for him kept him grounded.

The villain was not so lucky. Kotaro grew up resenting his mother for dying for others and leaving him alone. The house he built for his family had one rule: there would be no mention of a hero. But young minds hardly ever understand the objective of any rule, especially when you don’t speak to them about it. One day, Tenko’s older sister, Hana, showed him a photograph of their paternal grandmother. The siblings were ecstatic to learn that Nana was a hero. Later, while he was playing with the family dog, Tenko’s Quirk surfaced for the first time. 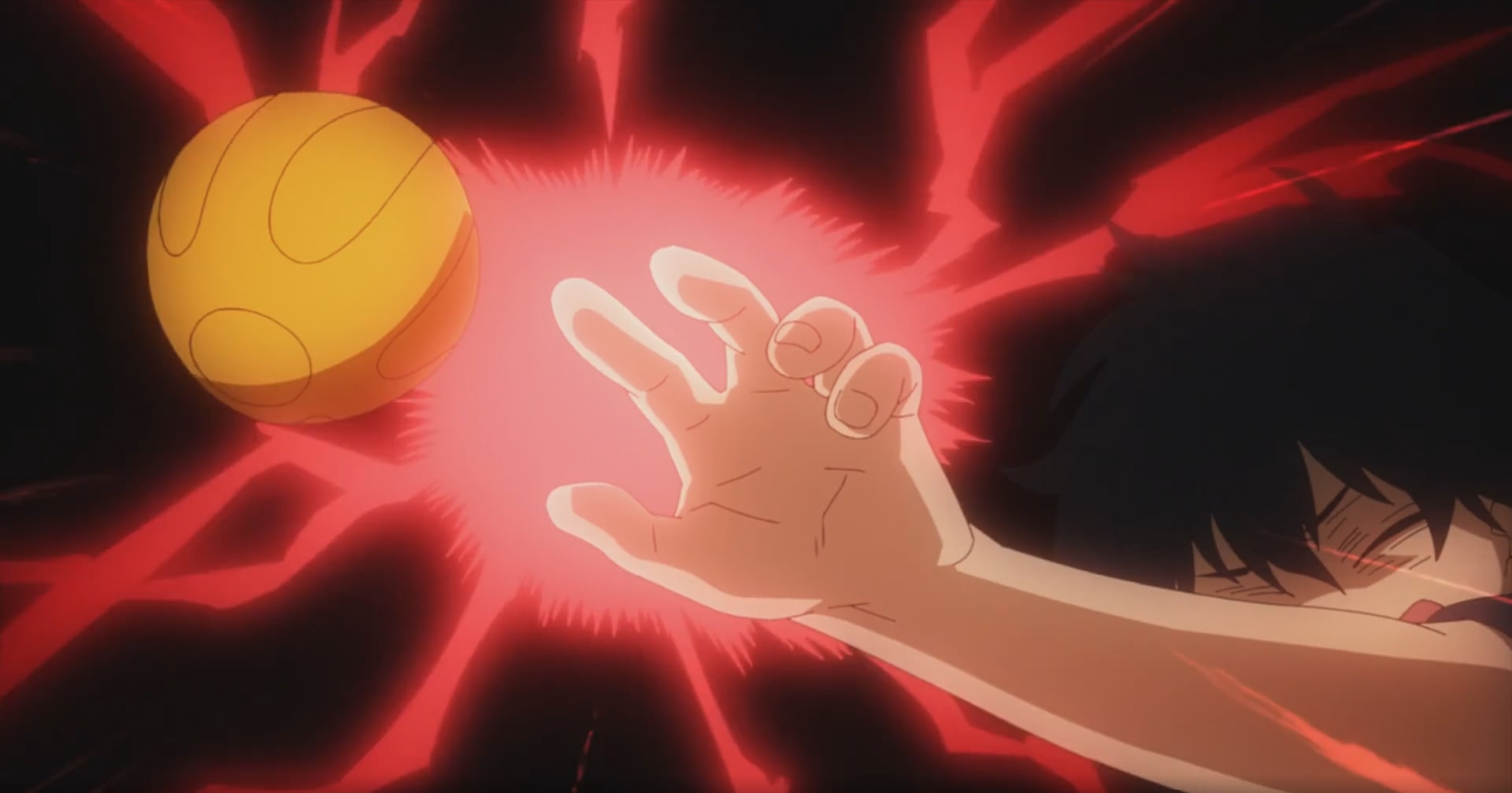 Kotaro later found out that Tenko had seen the photograph, and Hana lied that Tenko begged her to show the photograph to him. Kotaro then proceeded to grab his son and hit him. As Tenko cried with his arms wrapped around the family dog, he realized that his family would never help him. If anything, they were enabling his father’s behavior. What he didn’t understand was that there were protests from his mother and maternal grandparents. It’s just they were not enough.

Suddenly, the Decay Quirk manifested within Tenko, and the dog was turned into a heap of blood and fur. When Hana came out to apologize, she found her brother in shock. When she discovered what happened, she tried to escape. At this point, Tenko still thought that a villain had attacked the family. But when he touched Hana, she too was obliterated. Tenko’s mother and maternal grandparents had also come out and seen everything. His mother tried to get close to him as the ground shattered around them because of his Quirk. She died before she could take him in her arms. His grandparents died as well.

The house that his father built was still standing. He came out and saw what happened. Maddened with grief, he hit Tenko with a cane. And for the first time in his life, Tenko felt pure loathing for someone. He jumped across the space between them, grabbed his father by his face, and screamed at him to die. Seconds later, there was nothing but blood and skin.