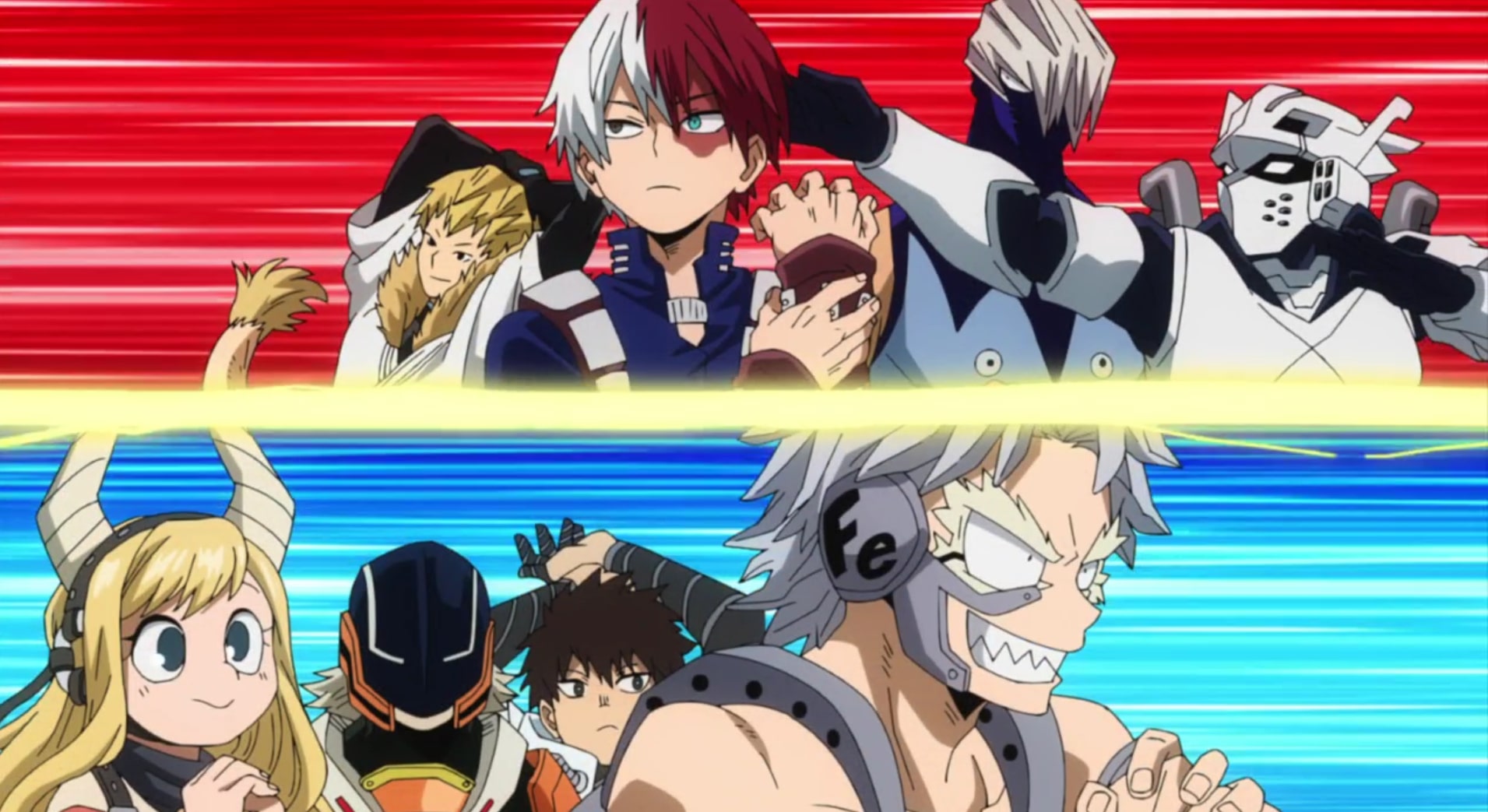 ‘My Hero Academia’ or ‘Boku no Hero Academia’ is a massively successful superhero action anime series. It revolves around Izuku Midoriya, a young ordinary boy born in a world where 80% of the population has superpowers or “Quirks.” Midoriya grows up enduring horrible bullying. However, his life completely changes when he fearlessly tries to protect one of his bullies from a villain. All Might, the greatest hero on Earth, witnesses Midoriya’s selfless and courageous act and selects him as his successor for the One For All Quirk. Midoriya subsequently enrolls at U.A. High School, one of the most prestigious superhero schools in Japan.

In episode 7, titled ‘Match 3,’ Kendou accompanies an unconscious Yaoyorozu to the nurse’s office. Komori apologizes to Tokoyami. All Might has a private conversation with Midoriya and tells him to be careful in the 5th round as he will be pitted against Shinsou. The third match of the joint -training session begins. Here is everything you need to know about the episode’s ending. SPOILERS AHEAD.

The sheer devastation that the participants of match 2 have left on the battleground forces the teachers to shift the combat zone 2 blocks to the east from the previous location. As the location change takes place, the teachers decide they will take a break. After the match, there is a sense of mutual respect between Class 1-A and Class 1-B. But Neito being Neito, can’t help but brag before 1-A students and earns a karate chop to the neck from Kendou. All Might takes Midoriya aside and asks him if he sensed anything unnatural from One for All since the Quirk got triggered by itself. Bakugou appears out of nowhere and admonishes them for being so lackadaisical about their own secret.

Tokoyami approaches Shouto and tells him that upholding the honor of number 1 and 2 heroes is now on Shouto, making him recall his training sessions with his father. Tenya Iida, Shouto Todoroki, Mezou Shouji, and Mashirao Ojiro of Class 1-A and Tetsutetsu Tetsutetsu, Sen Kaibara, Pony Tsunotori, and Juuzou Honenuki of Class 1-B enter the new combat zone. Tenya recalls inheriting his superhero name, Turbo Hero: Ingenium, from his older brother Tensei. 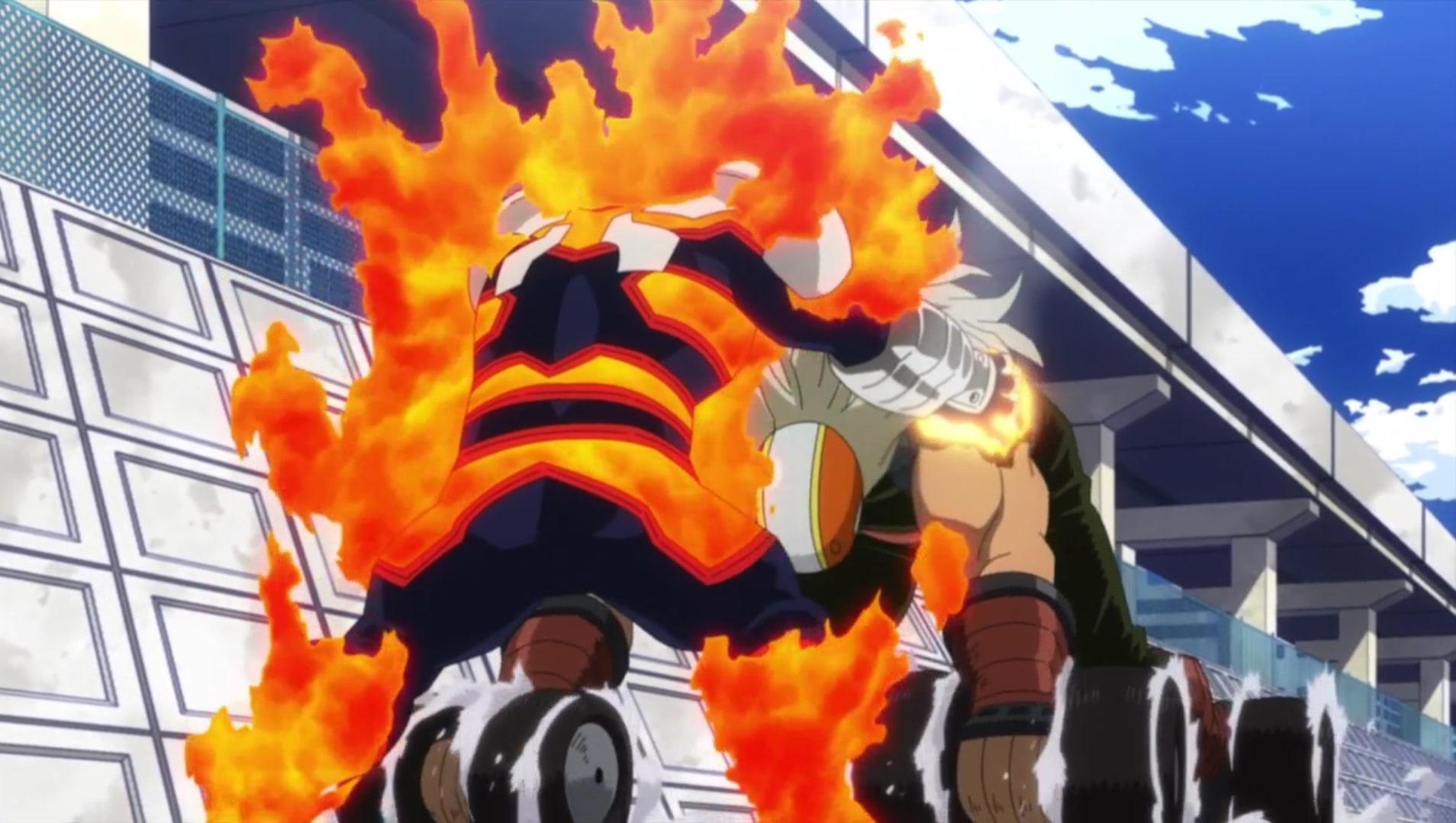 As the 1-B Team doesn’t have anyone among them whose Quirk can be used to scout the opponent, Tetsutetsu starts destroying the structures around them to draw their opponents to their location. Meanwhile, Endeavor saves three children from a villain and tries to contact Shouto through an app where he has recently friended his youngest with Fuyumi’s help.

My Hero Academia: How Does Tenya Break Free from the Ice?

As match 3 is about to begin, the 1-B Team knows that they have to deal with the overwhelming power that Shouto possesses sooner or later. When Tetsutetsu starts drawing the opponent team’s attention by destroying the metal structures in their vicinity with his Steel Quirk, Sen and Pony think it’s a bad idea. They also point out that Vlad King explicitly told them not to destroy the battleground needlessly. But Honenuki believes that they can work with it.

As the 1-A Team makes their way to their opponent’s position, Honenuki uses his Softening Quirk to set up traps. Shouta attacks with a massive wall of ice, but Honenuki turns it to his team’s advantage by softening the ice and burying Tenya in it to his neck. Mashirao struggles to keep up with Sen in a hand-to-hand fight, and Tetsutetsu attacks Shouto. Meanwhile, Pony sends Mezou flying with her Horn Cannon Quirk and pins him to a wall. 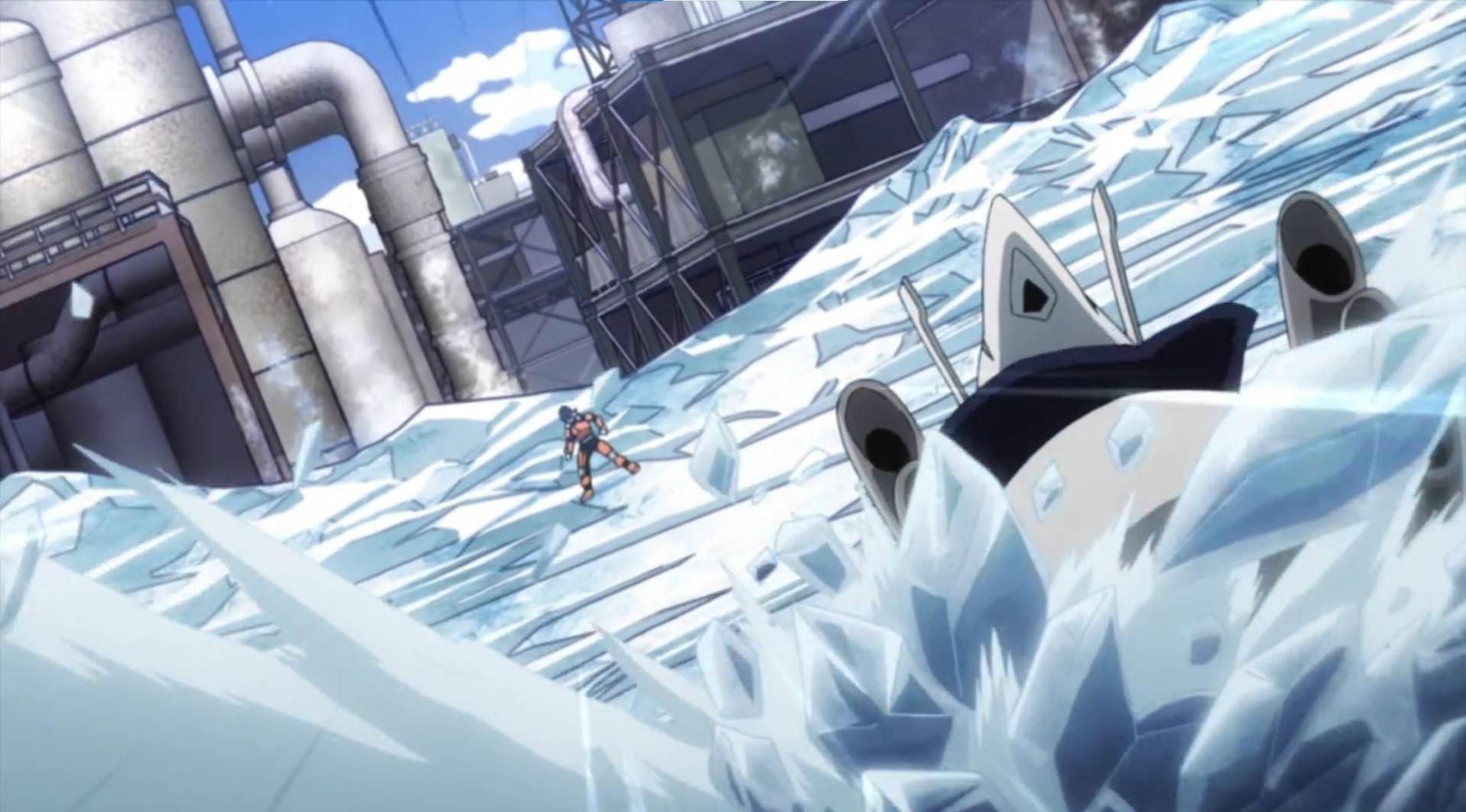 Realizing that his teammates are in trouble, Tenya reveals the recent advancements he has made in his Quirk. The episode has several flashback scenes of Tenya’s past. In one such scene, his brother revealed a family secret to him after getting their mother’s reluctant permission. Tenya has since started tuning his engine by pulling out the mufflers and training so that the mufflers that can bear the additional load can grow in. As a result, Tenya is not bound by the 10-second time limit any longer. The entire time he is under the ice, he is in full throttle. He breaks through the ice with a new style: Recipro Turbo, surprising Honenuki.

In round 5 of the joint-training session, Midoriya will have Shinsou as one of his opponents. In their last encounter during the U.A. Sports Festival, Midoriya was under the effect of Shinsou’s Brainwashing Quirk when he saw the vestiges of the past users of One For All. With everything that is going on with Midoriya these days, All Might is rightly concerned about Midoriya and Shinsou’s next encounter. Through his dreams, Midoriya seems to have formed a unique link with the past users. While All Might also had it, he never communicated with them, which Midoriya does. This is likely linked to his Quirk getting activated by itself. Shinsou will likely figure out this apparent volatility about Midoriya’s Quirk and take advantage of it.