‘My Hero Academia’ is by far one of the most influential anime shows of recent years. It is set in a world where 80% of the population has some form of superpowers or “Quirks.” This has led to the advent of pro-heroes, superheroes who professionally fight villains and save people. The story’s protagonist is Izuku Midoriya, who initially doesn’t have any ability and grows up being bullied by children who do. His life changes after a fateful encounter with All Might, the greatest hero on Earth. Noticing that the young boy embodies the essence of heroism, All Might chooses him as his successor for the One For All Quirk.

In episode 8, titled ‘Match 3 Conclusion,’ the fight between Tenya Iida, Shouto Todoroki, Mezou Shouji, and Mashirao Ojiro of Class 1-A and Tetsutetsu Tetsutetsu, Sen Kaibara, Pony Tsunotori, and Juuzou Honenuki of Class 1-B continues. Tenya strives to emulate the examples his brother has set. Shouto is forced to self-reflect and realizes that he truly needs to embrace the part of him he inherited from his father. And Pony takes her teammates up in the air. Here is everything you need to know about the ‘My Hero Academia’ season 5 episode 8 ending. SPOILERS AHEAD.

Class 1-A and 1-B students have known the students from the other class for a while and are aware of how their powers work in general. However, it has been a while since the classes have competed against each other, so they don’t know what individual improvements their opponents have made. Honenuki thinks that Tenya can use his Recipro move for 10 seconds and gets the surprise of his life when he discovers that the other boy has a brand new super move in his arsenal — the Recipro Turbo — which lasts for 10 minutes. 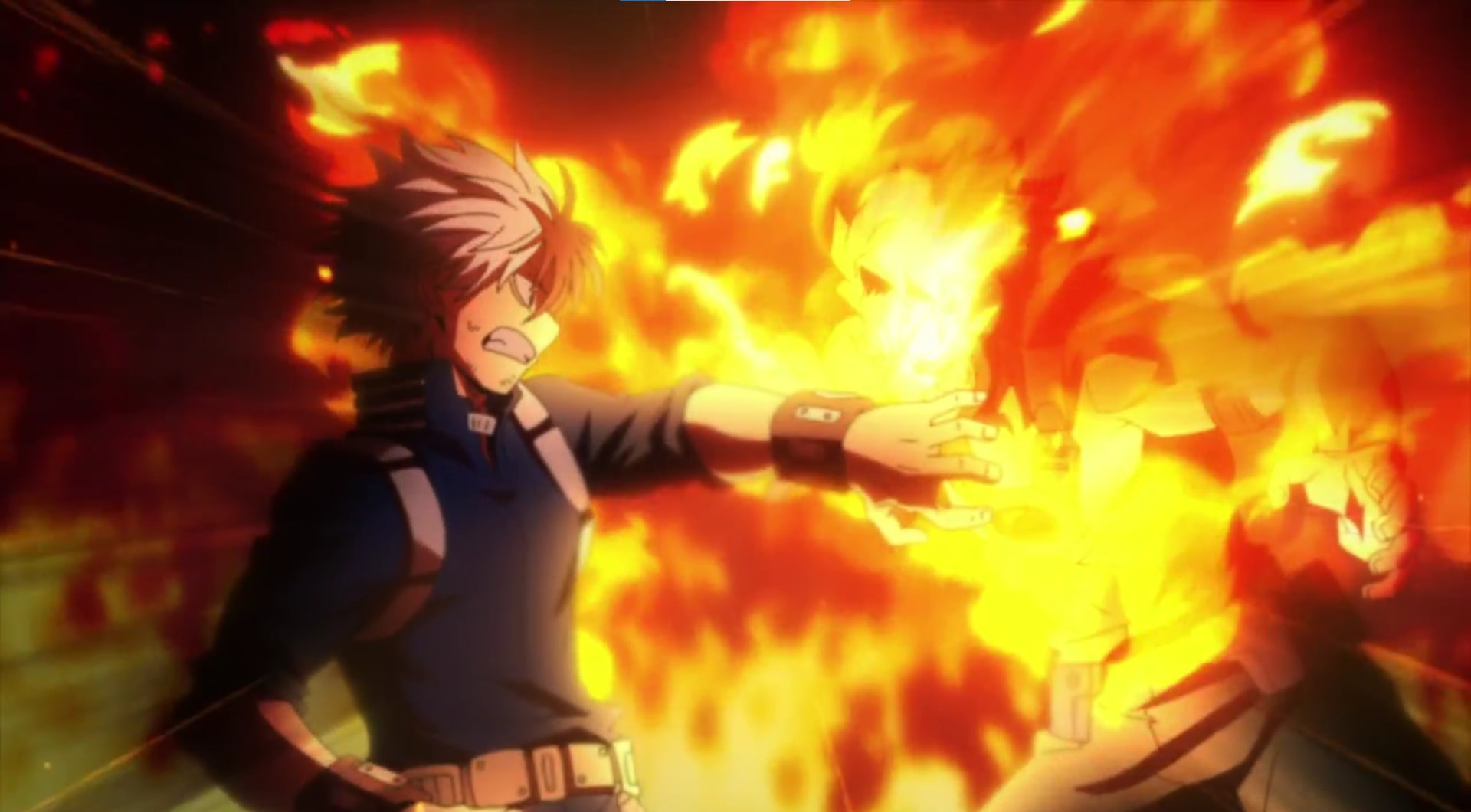 Tenya frees himself from the ice and attacks Honenuki, forcing the latter to turn the ground into liquid with his Softening Quirk and retreat into it temporarily. An impressed All Might observes that Tenya’s new move makes him even faster than Gran Torino. Tenya intercepts the fight between Mashirao and Sen and captures the latter, putting him in the 1-A prison and scoring the first point for his team. Meanwhile, Shouto struggles against Tetsutetsu. The cold aspect of his Half-Cold Half-Hot Quirk is pretty much useless against the 1-B student who can harden his body into steel.

Shouto finally decides to use his Super Move, the Wall of Flames. When even that doesn’t work, Shouto is forced to follow in Tetsutetsu’s footsteps and go beyond his limits. With Honenuki’s help, Pony captures Mashirao, leveling the score for her team. Honenuki then goes to help Tetsutetsu and softens the ground around him and Shouto. Falling debris knocks Shouto out. But as Honenuki proceeds to harden the ground to capture Shouto, Tenya arrives and rescues his teammate.

My Hero Academia Season 5 Episode 8 Ending: Which Team Wins Match 3? Why Does Pony Take Shouto and Her Teammates up in the Air?

The third match of the joint training session ends in a draw, with both teams scoring one capture each. As Honenuki tries to trap Shouto, Tenya kicks him so hard that his mask breaks. Honenuki reconsiders their strategy and thinks that they should have dealt with Tenya before everyone else. He blames himself for how the match is turning out to be. Just moments before losing consciousness, he softens the ground around a massive pipe and asks an equally exhausted Tetsutetsu to hit it as hard as he can. As the debris starts to fall, Tenya runs as fast as he can with Shouto in his arms and almost manages to escape. However, Honenuki’s plan ultimately works, and the hardened debris incapacitates Tenya. 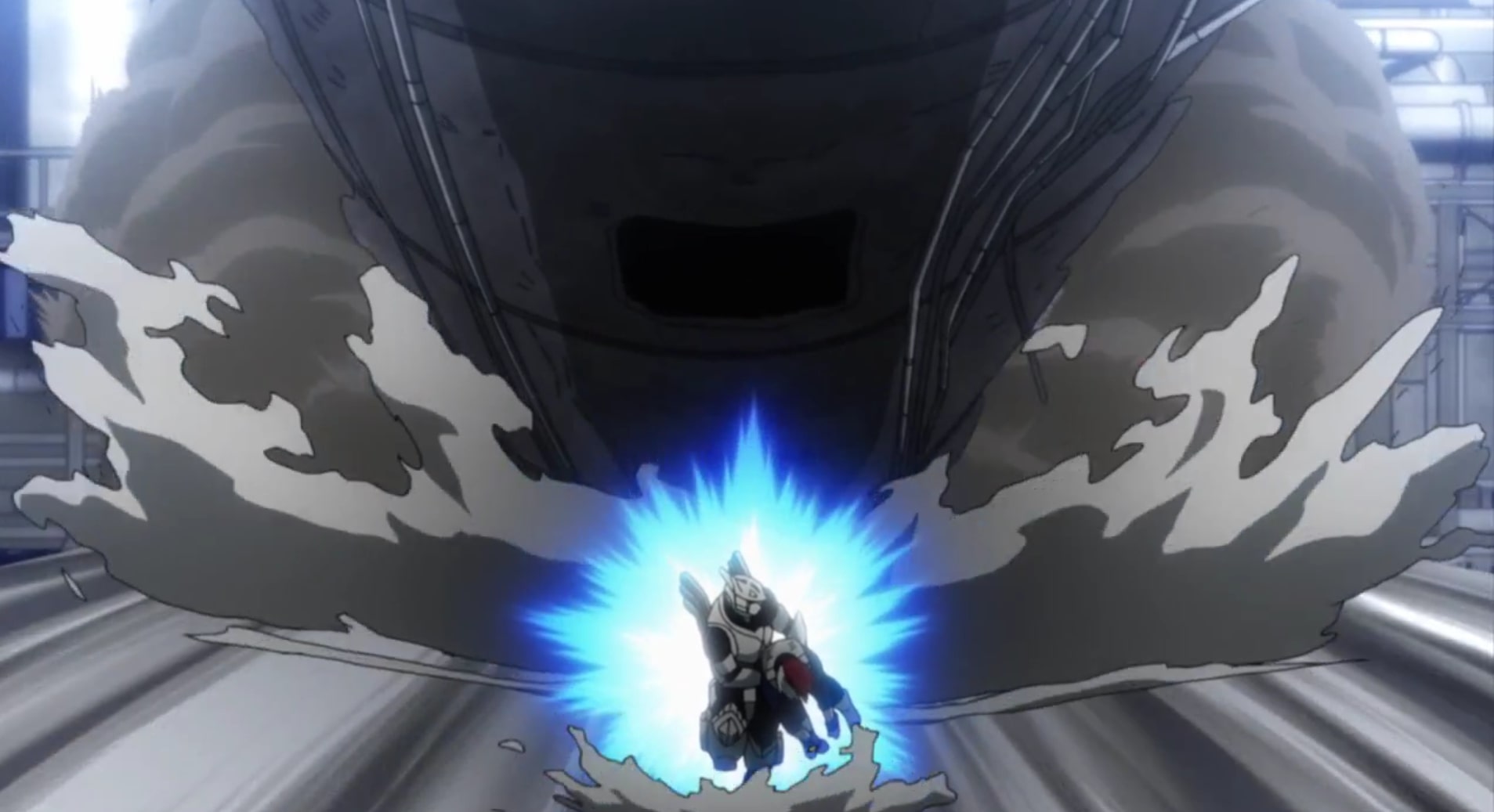 Pony takes her teammates and Shouto to the air with her Horn Cannon Quirk. She knows that Mezou is after her. She realizes that she can’t afford to fight him as that will leave her teammates vulnerable. She can’t take Shouto to the prison either, fearing that Mezou will intercept her. So, she goes high in the air with Shouto and her teammates, knowing that Mezou will not be able to follow her there. She takes Shouto with her, thinking that if he wakes up and is still on the ground, he might hit her with flames or ice. She floats in the air and lets the time run out.

What Plan Does Katsuki Bakugou Have for his Opponents?

After the match, some students are unsatisfied with the result, while others reflect that escape and waiting for rescue are viable options in real life. Shouto and Tenya apologize to each other for their miscalculations and perceived shortcomings and promise their opponents to fight them in the future. But Neito, petty as ever, begins mocking Bakugou and declares that they have a recommended student as well: Setsuna Tokage. 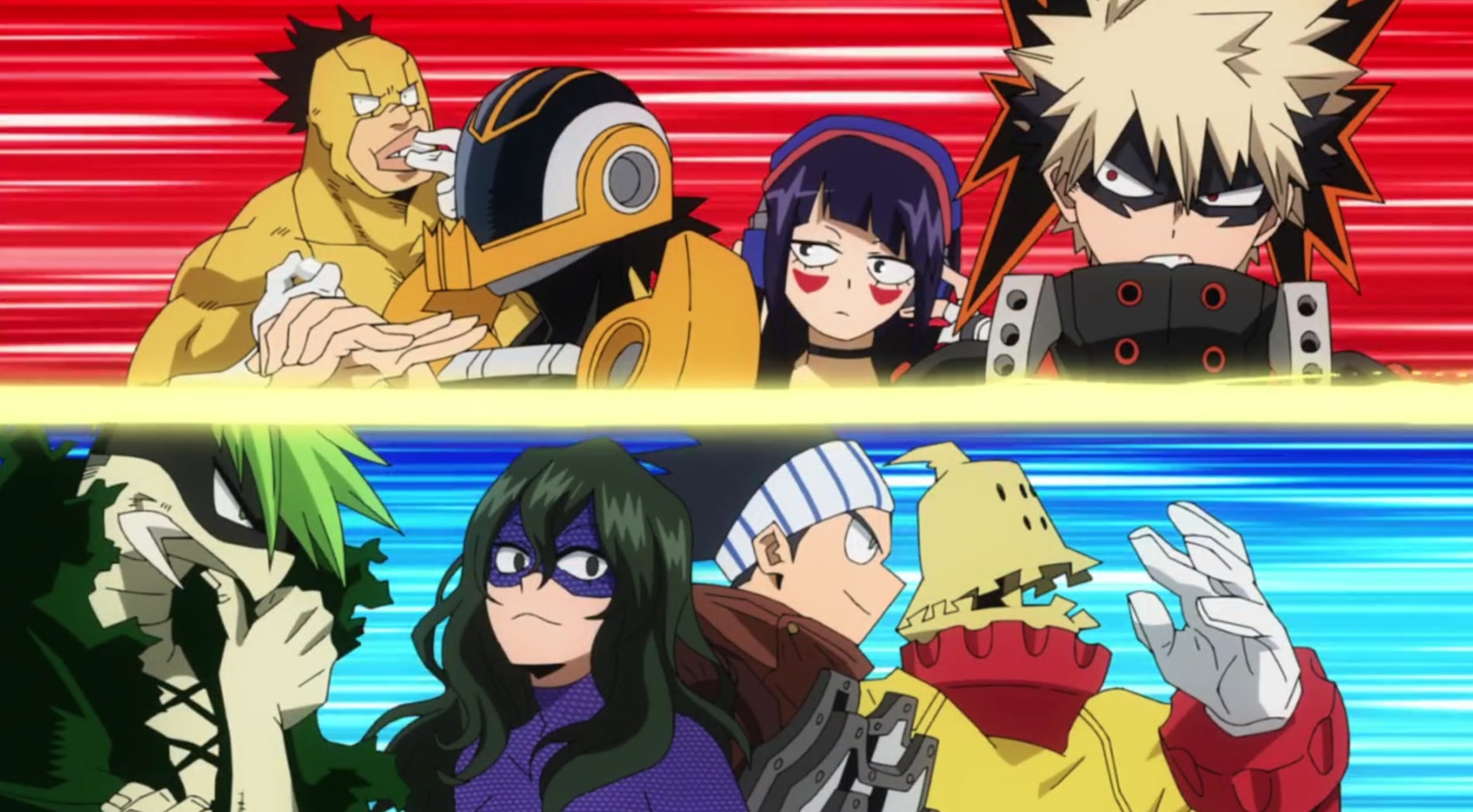 In Match 4, Katsuki Bakugou, Kyouka Jirou, Hanta Sero, and Rikidou Satou of Class 1-A take on Setsuna Tokage, Yousetsu Awase, Kojirou Bondo and Togaru Kamakiri of Class 1-B. As the match is about to begin, Bakugou’s teammates reveal their skepticism about his plan, but he instructs them to follow it nonetheless. His brief internal monologue reveals that he wants to show Midoriya what he has become. Bakugou has always been an overwhelmingly powerful young hero. This match might show his leadership qualities and his willingness to be a team player.