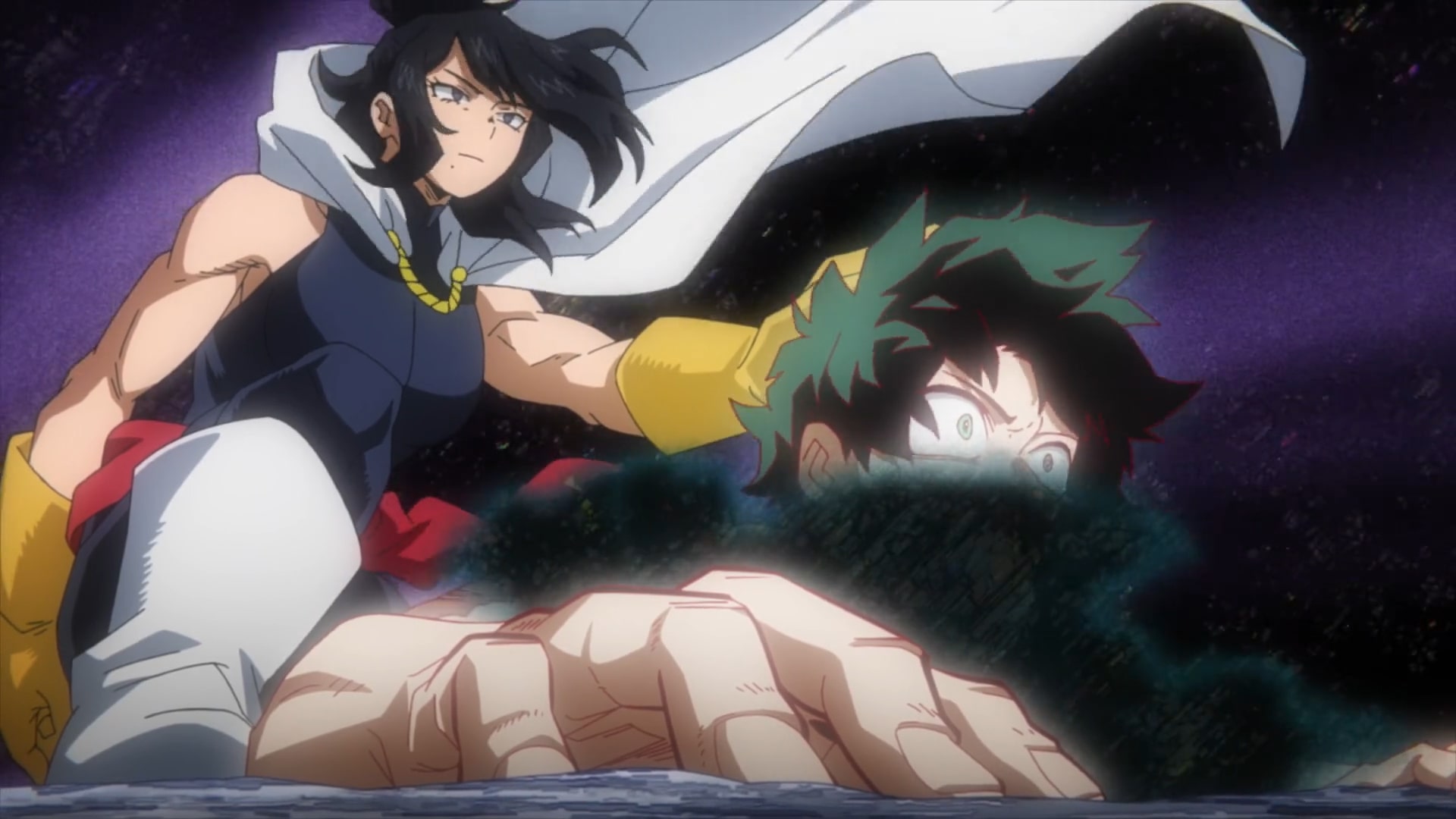 In the tenth episode of ‘My Hero Academia’ season 6 titled ‘The Ones Within Us,’ Deku loses control as he sees Bakugo getting stabbed after pushing him out of harm’s way. But when he closes the distance with Shigaraki, the villain tries to steal his quirk, and the two end up inside One for All. Meanwhile, Gigantomachia continues to rush toward his master while Himiko decides to confront Ochaco. Here is everything you need to know about the ending of ‘My Hero Academia’ season 6 episode 10. SPOILERS AHEAD!

After Bakugo pushes Deku out of harm’s way, he gets stabbed by the approaching rivets instead and begins to tumble to the ground. Meanwhile, Shigaraki who is being controlled by One for All calls Bakugo’s sacrifice pointless. Deku suddenly recalls Gran Torino getting brutally beaten up by the villain and now his childhood friend is seriously injured. Naturally, he can’t keep himself calm and loses all control. Deku leaps towards Tomura breaking all the rivets launched at him. 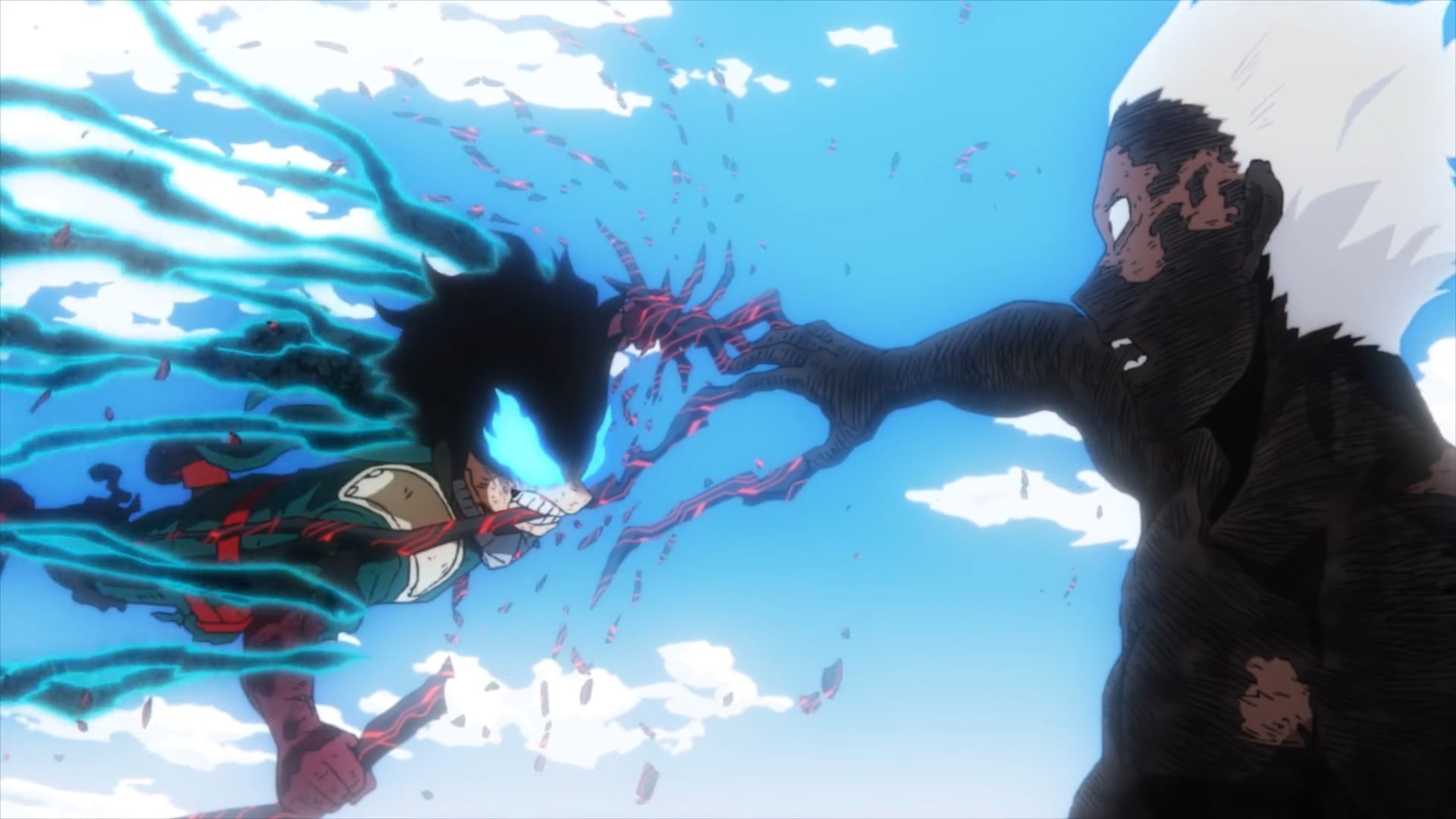 When he has managed to close the distance between himself and the villain, Tomura suddenly grabs his face by his hand and tries to steal the One for All quirk. But for some reason, the duo suddenly ends up inside One for All. Meanwhile, Gigantomachia continues to approach his master and destroys everything in his path. Pro-heroes busy in evacuation work are told to let go of all their responsibilities and try to stop the giant monster.

When Himiko Toga learns that she is close to Ochacho, she decides to get off Gigantomachia’s back and confront the hero. Ochaco who is busy with evacuation work is approached by an old woman who asks for help. When Ochaco follows her to an isolated alley, the woman suddenly disappears and it is revealed that she was Toga. Ochaco still follows Himiko to confront her only to get slammed on the ground by her. That’s when Toga asks the young hero about Twice’s death and inquires how far the heroes are willing to go to stop them. 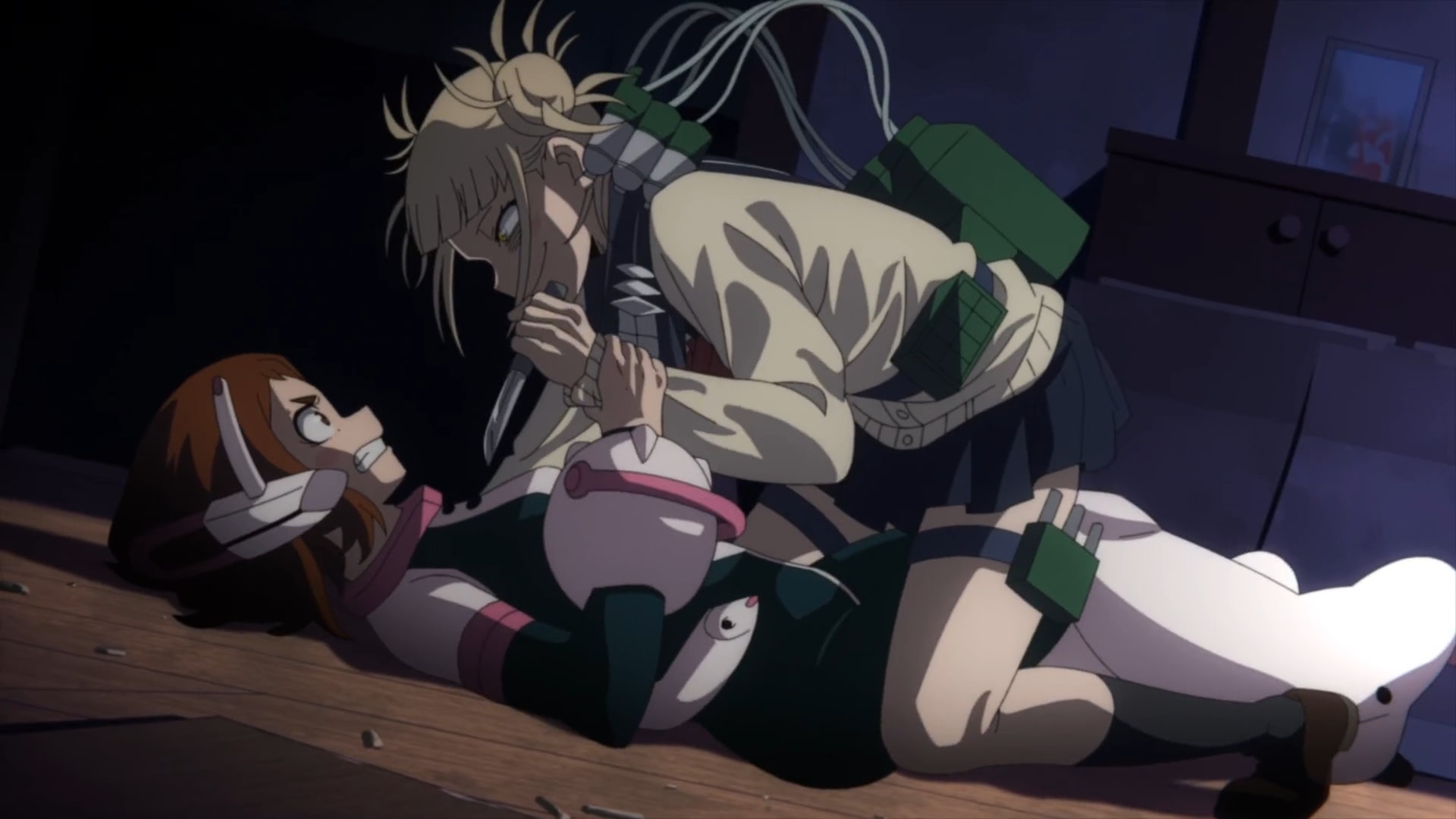 Faced with the ongoing crisis, Ochaco regards her questions as unworthy of any answers. She then questions Toga back about the woman she turned into and inquires if she killed her just for such a childish act of hers. By this time, Himiko is infuriated by the fact that Ochaco refused to answer her questions and went as far as saying that the question about Twice’s death was stupid.

My Hero Academia Season 6 Episode 10 Ending: Why Does All for One Feel That Deku is Unworthy of One for All? Does Quirk Genes Carry Consciousness?

After Deku ends up inside One for All, he realizes that his body is too weak to move. Suddenly, Nana Shimura touches his head as an act of reassurance and tells him not to push himself too much. Shigaraki slowly walks towards him while One for All emerges from his shoulder. It appears that Shigaraki is not too happy to have his mentor with him, but One for All reminds him that he would have died if he had not lent his power at the right time. Then One for All shows Shigaraki that his dead grandmother is there with Deku. He then goes on to explain a strange secret of acquiring other people’s quirks. 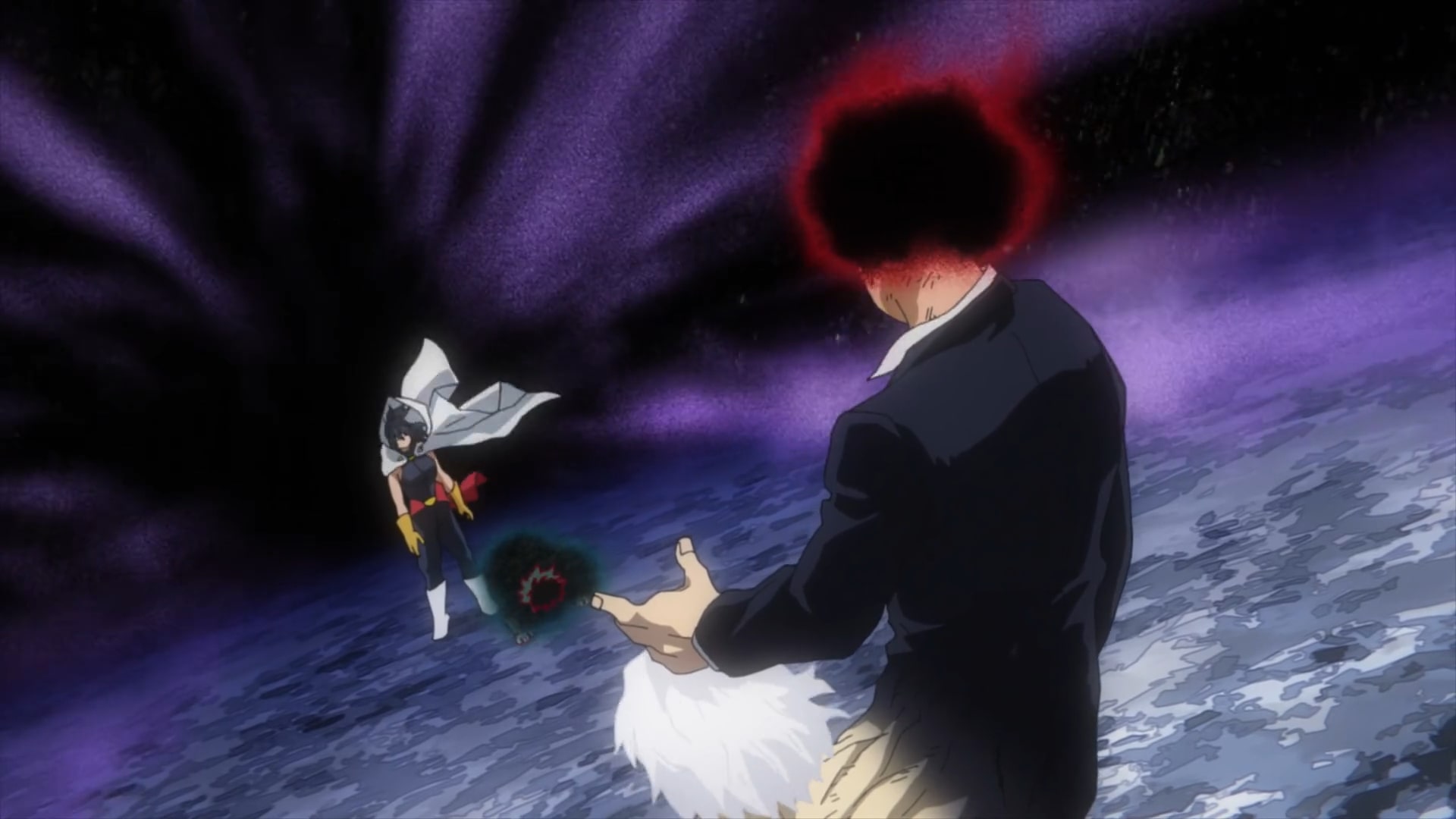 It turns out that the villain used to have very frequent nightmares of people whose quirks he has stolen over time. These nightmares stopped only after getting rid of the powers he has stolen. It was only after he met Garaki that he finally understood the reason behind it. It turns out that organs and cells contain memories too. So, when One for All stole someone’s powers then their consciousness was carried by the quirk genes. Now, this is potentially a very powerful revelation that could also explain Deku’s bad dreams as he also inherited his quirk from others.

Looking at Deku in his powerless state, One for All mocks the young hero and argues that he is unworthy of All for One. He feels that Deku like his teacher just lets anger get the better of him. However, One for All’s stubborn brother, who has appeared there by now rejects his claims and defends Deku by arguing that the young boy is worthy of the power as he is willing to go to any lengths to save others. His attitude separates him from others. While Nina Shimura and Yoichi Shigaraki stop Tomura from crumbling the world inside One for All, Deku manages to stand on his feet and jumps towards his enemy.

Is Izuku Dead? Does Shigaraki Take One for All From Deku?

After Deku and Shigaraki come out of All for One, they are too powerless to continue fighting and slowly begin to fall. Deku has realized that Shigaraki failed to take his quirk from him but is not strong enough to fight his enemy. Suddenly he starts tumbling down from the air and his eyes close. While some viewers may have imagined the worst, it turns out that he has just lost consciousness. 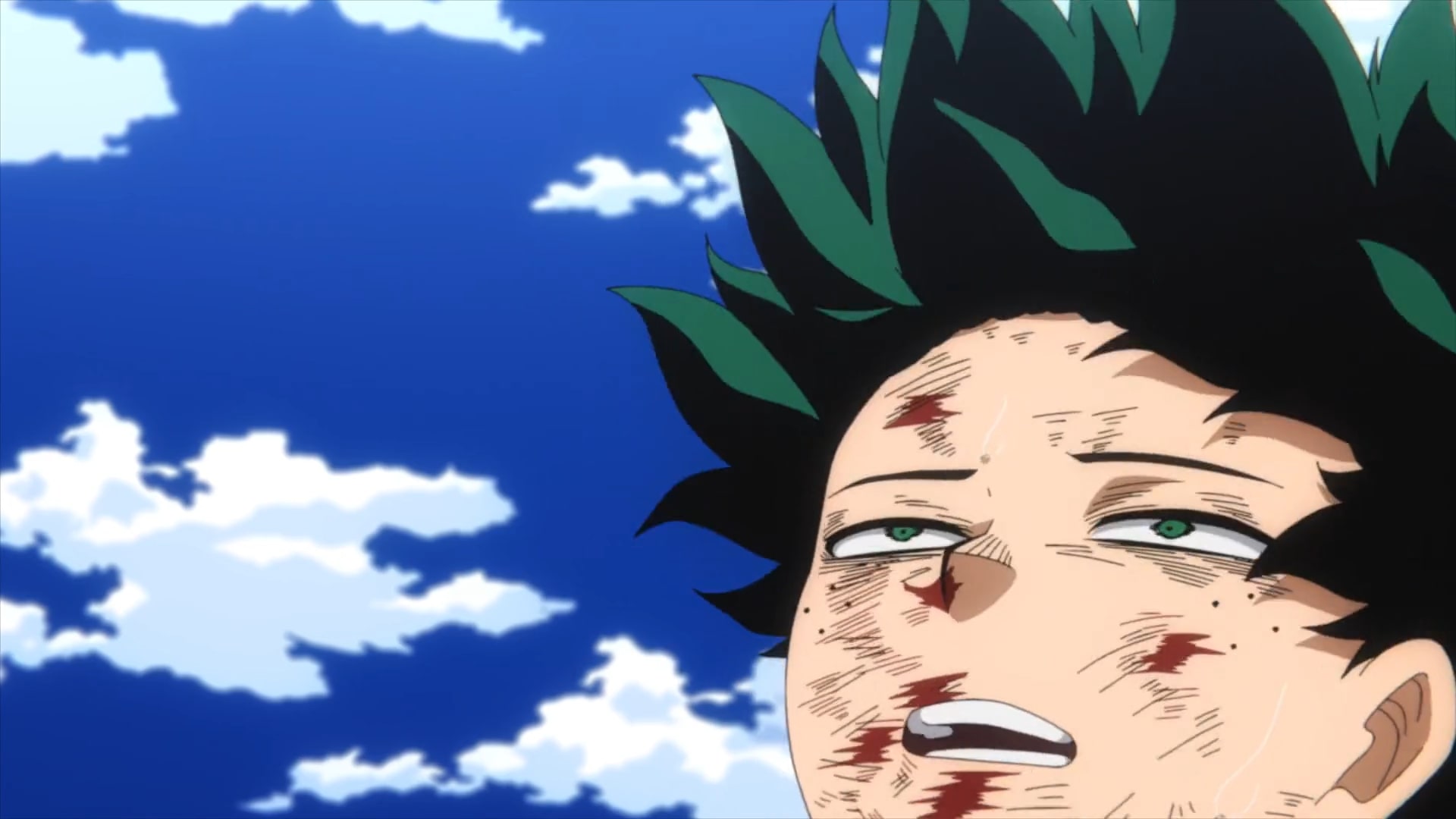 Although the episode does not really shed light on what happens afterward, Deku will continue to fall until Shoto catches him on time and saves him from any serious injuries. The manga clearly mentions this but it’s natural to not expect him to die as ‘My Hero Academia’ is Deku’s story of becoming the greatest hero as it is clearly mentioned in the early episodes.