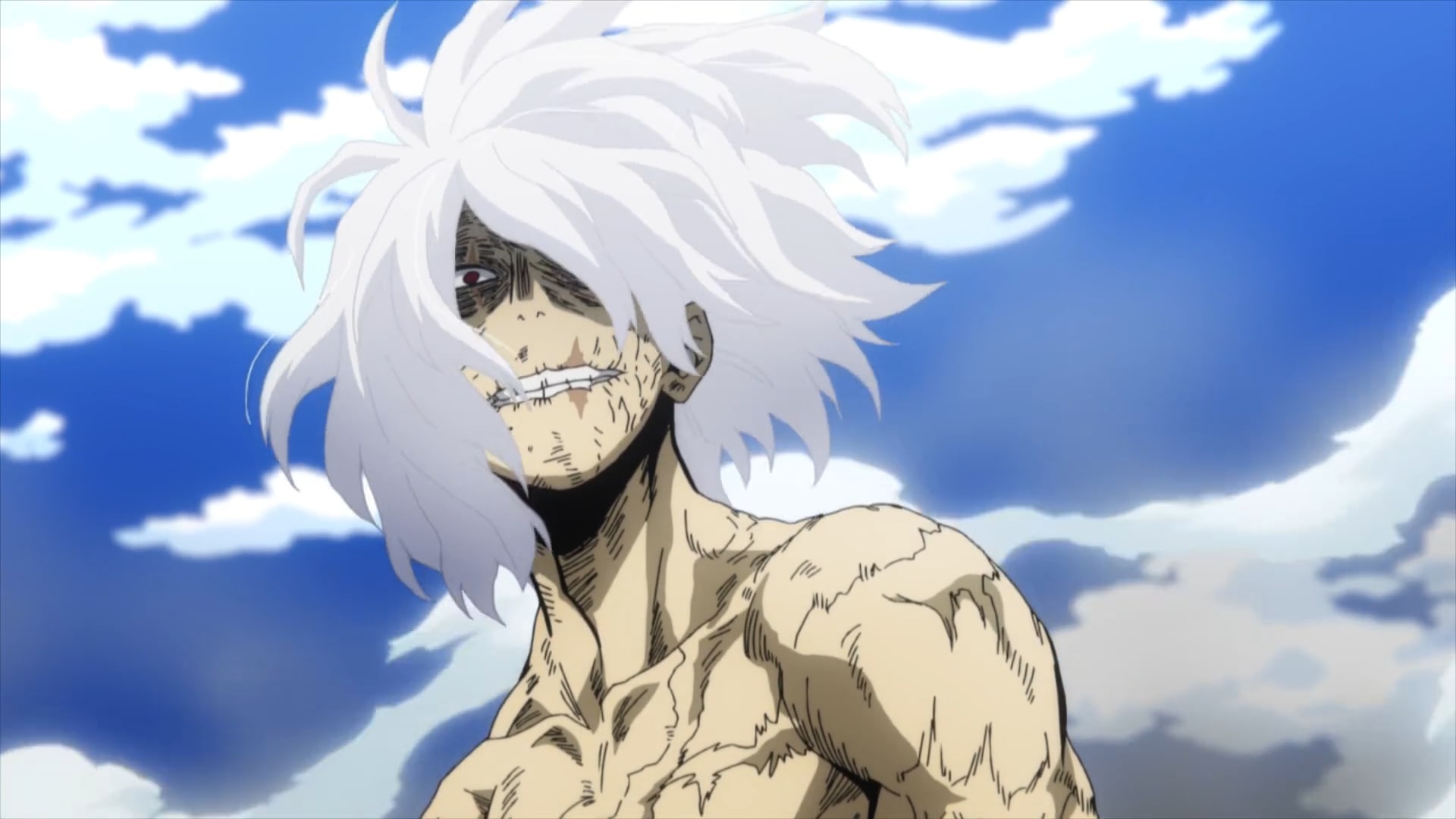 In the ninth episode of ‘My Hero Academia’ season 6 titled ‘Katsuki Bakugo: Rising,’ Aizawa cuts off his leg before the quirk-erasing bullet takes his powers away. However, a split-second mistake gives Tomura the opening to injure Eraser Head severely after which he plans to unleash a decaying wave. Luckily, Deku manages to keep him off the ground using Blackwhip and tries to finish the fight mid-air by unleashing a barrage of attacks on the villain using all his strength. Here is everything you need to know about the ending of ‘My Hero Academia’ season 6 episode 8. SPOILERS AHEAD!

After the quirk-erasing bullet hits Aizawa on his leg, the hero bravely cuts off his leg without any hesitation- protecting his powers in the process. Tomura is impressed by his bravery but with a split-second opening, he manages to free himself from Deku’s grip and flung himself in his direction. Before Deku catches him with Blackwhip again, Tomura is able to dig his fingers into Aizawa’s face leaving serious injuries. With the Erasure quirk deactivated now, he is about to release a Decay wave but at the very last second, Deku uses the Blackwhip again to take him mid-air activating the float quirk in the process. 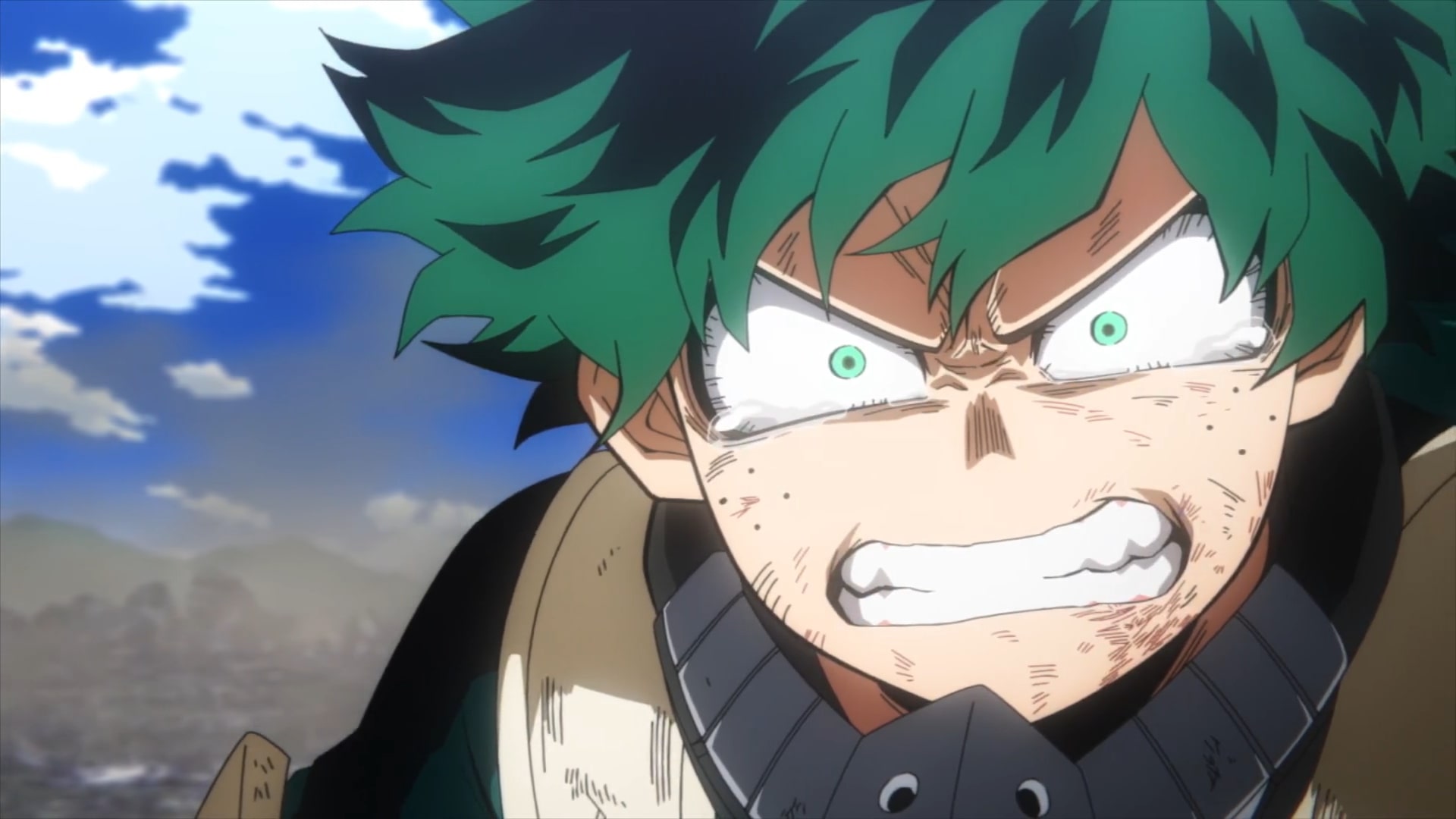 Meanwhile, the U.A. students and the pro-heroes have failed to stop Gigantomachia and the news is broadcasted that he is approaching Jaku City. As Deku fights Tomura mid-air, Bakugo recalls how his friend asked Hanta, Ochaco, and Tsuyu to train him after accidentally discovering the Blackwhipe quirk. All Might was with Deku throughout the process and he had deliberately asked Ochaco to suspend Midoriya midair using the Zero Gravity quirk so that he can practice.

On the surface, it may appear that All Might’s successor was training to master his newly discovered power but the main goal was to learn to control and unlock the Float quirk. Unfortunately, Bakugo was worried that One For All’s secret can’t be hidden for long even though All Might had assured him that he doesn’t plan to reveal anything more about Deku’s quirks after what happened in Joint Training Battle. But Bakugo was more concerned about something else. 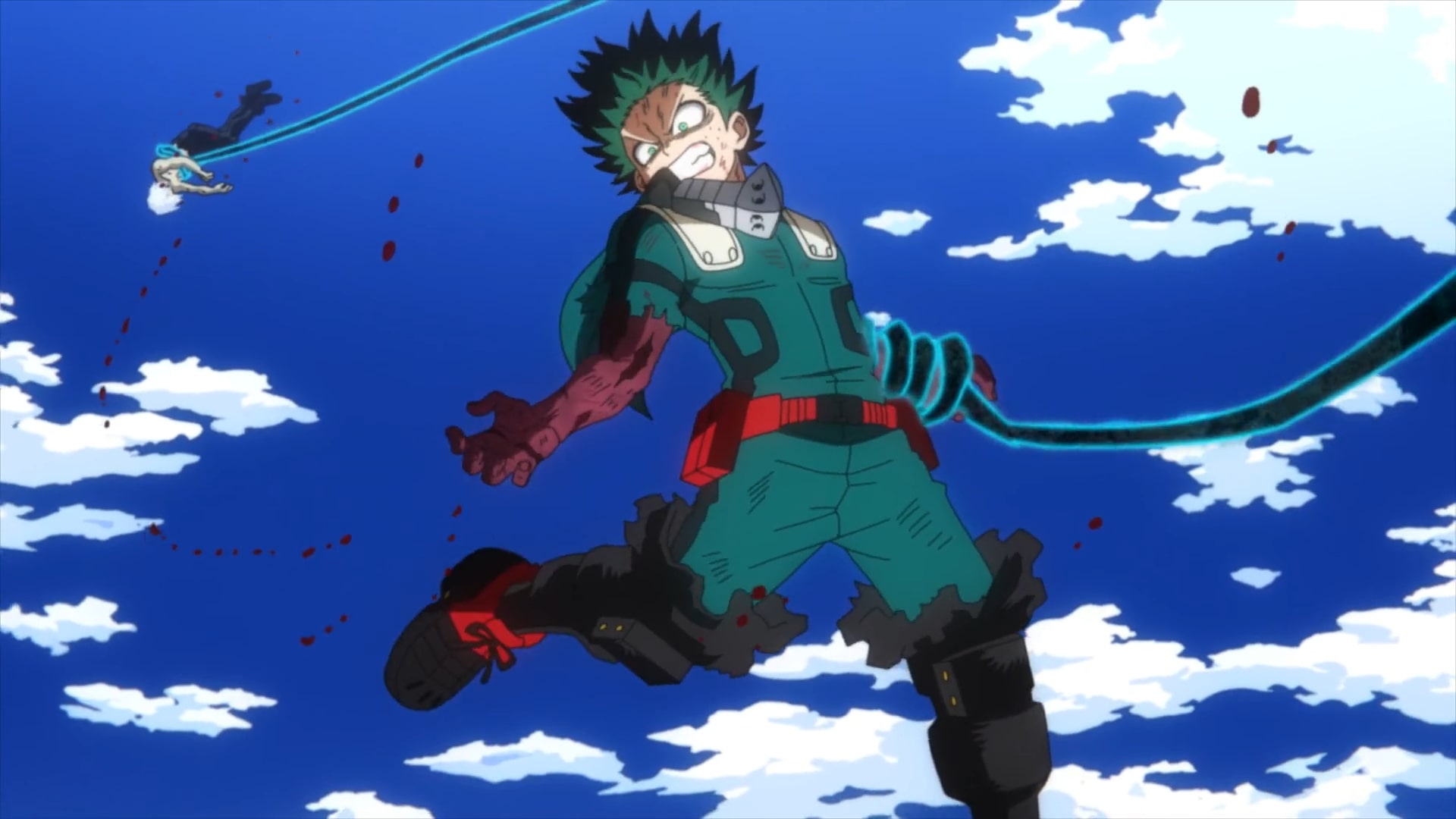 In the wielder’s notebook, he had noticed that the descriptions for the fourth wielder ended abruptly but in the case of the fifth, sixth, and seventh the cause of death was mentioned. It was obvious that Bakugo was concerned about his friends’ recklessness and lack of concern for his own wellbeing. However, All Might claimed that he was not hiding anything and confessed that he also worried about Deku just like him. He understood Bakugo was now atoning for whatever he has done in the past with Midoriya and had truly proved himself quite useful.

My Hero Academia Season 6 Episode 9 Ending: Does Bakugo Die? What Happens to Endeavor?

In the present time, Deku continues to fight Tomura in mid-air. He has successfully unlocked the Float quirk and was using Blackwhip to unleash a barrage of attacks on his enemy. Although he is using 100% attacks, Deku notices that Tomura is able to stand his ground. The only consolation for All Might’s successor was the fact that Tomura’s regenerative powers did not seem as effective as before. Sadly, Deku’s left arm is completely damaged because of the 100% attacks at this point and he recalls the warning that if he sustains two-three more injuries in the future, then he may have to live the rest of his life without using his arm. 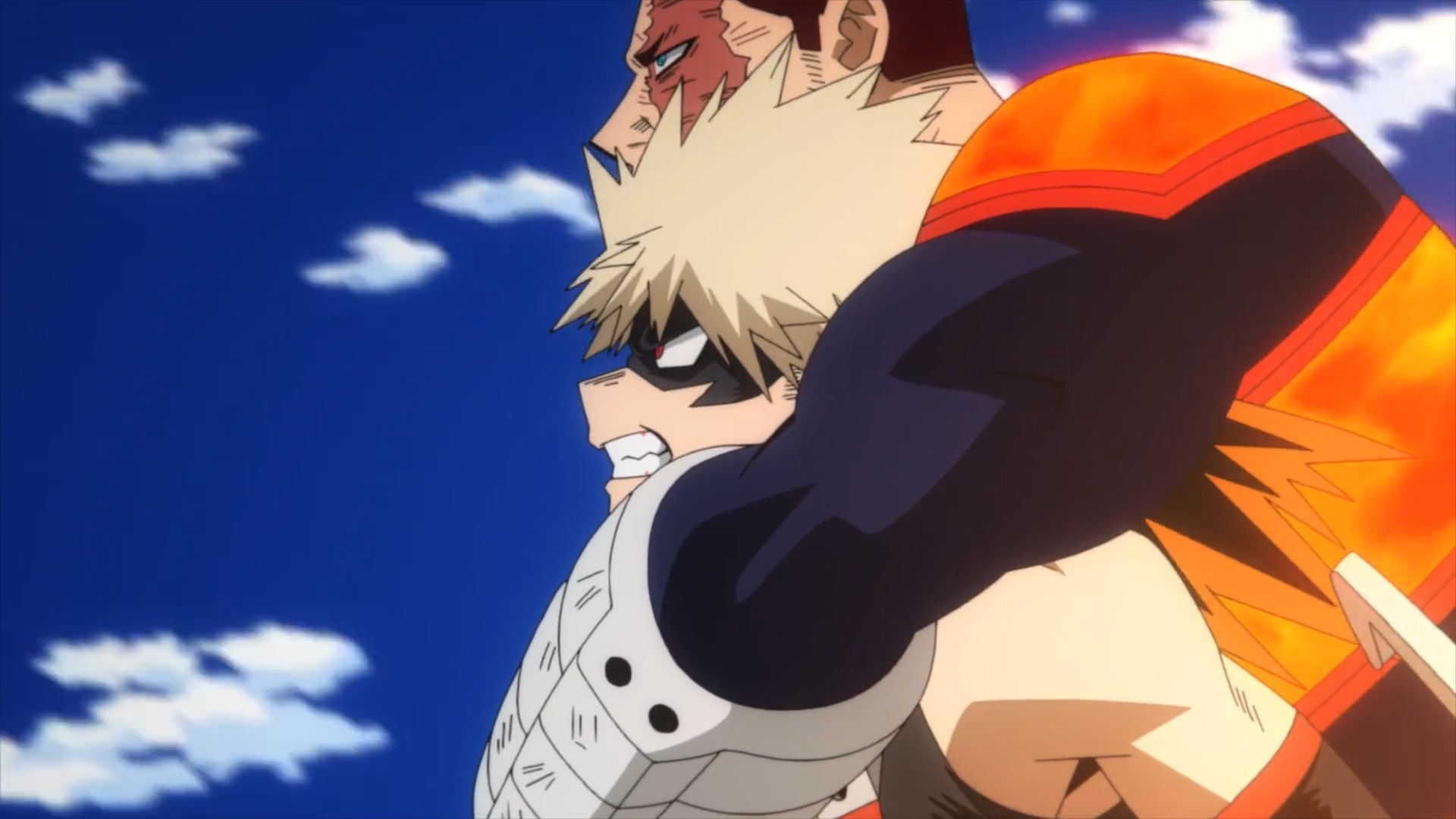 But disregarding the pain and all other medical advice, Deku continues to use Blackwhip to tie Tomura and bring him closer to strike him with St. Louis, Detroit, and Wyoming smashes. Meanwhile, Tomura begins to realize that he has been pushed to his limits and needs to figure out a quirk that would stop Deku. It may seem that Deku is winning the fight but Bakugo understands that his friends’ attack has made his battle with Tomura a war of attrition. But Shigaraki’s regenerative powers give him an unfair advantage, so eventually, Deku will die.

By this time, Shoto is done taking care of the injured heroes so Bakugo asks him to cool his father until they reach close to Tomura. Endeavor realizes that Bakugo is planning to end the battle with his Prominence Burn attack so he gets on the young heroes’ back without overthinking the decision. The trio reaches close to Tomura exactly when the Blackwhip is fully extended. Endeavor immediately jumps on the villain and incinerates him using Prominence Burn, while Shoto and Bakugo get out of harm’s way.

At that moment, All for One appears in Tomura’s mind and takes control of his body. Suddenly, rivets stab Hero No. 1 who starts falling to the ground surprised that Tomura hasn’t died yet. Meanwhile, the villain’s charred body turns towards Deku and calls him his brother. Before All Might’s successor could respond, the villain unleashes rivets on Deku as well. But at the last moment, Bakugo pushes him aside and gets stabbed instead. 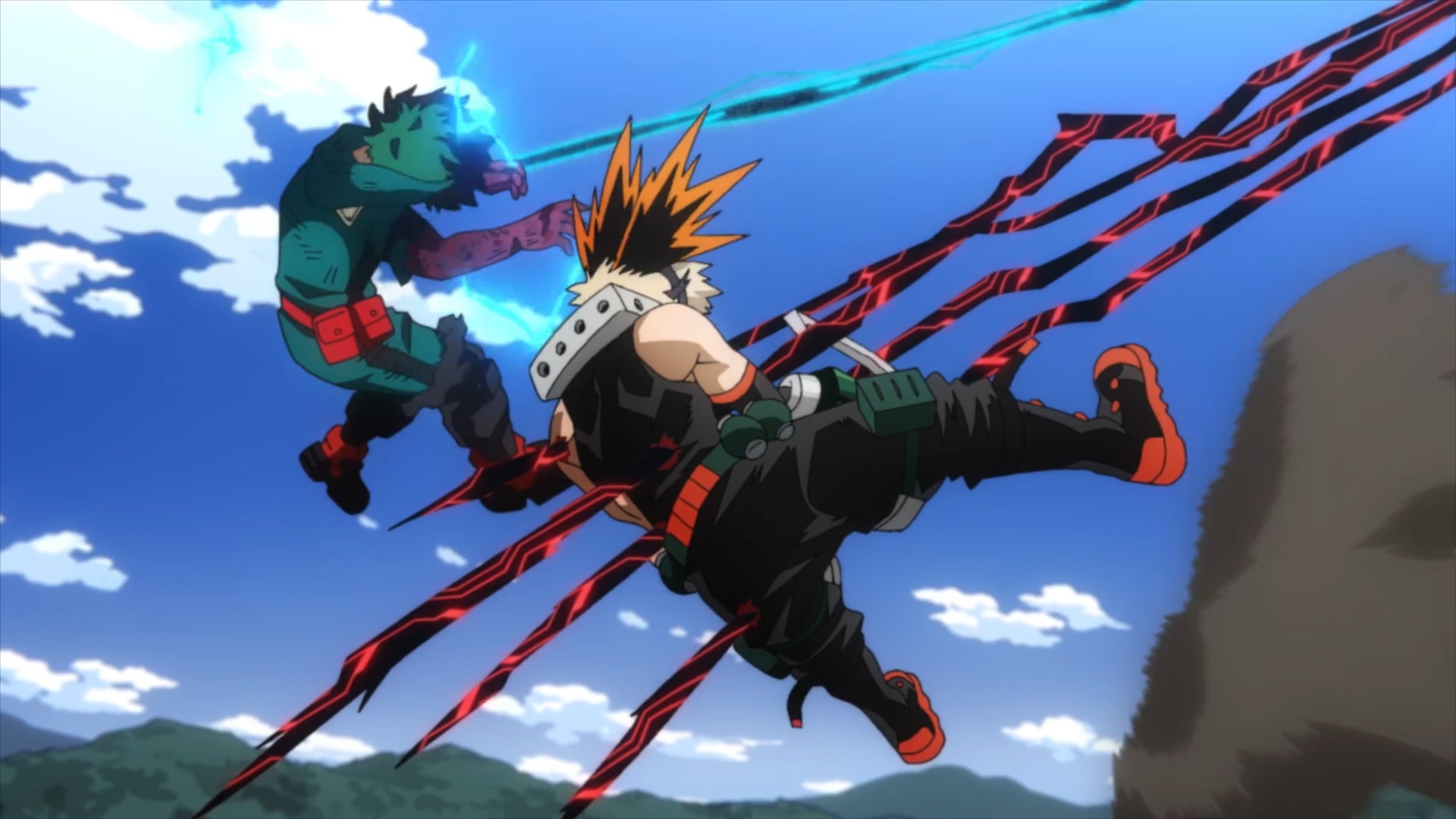 In Kouhei Horikoshi’s manga series that inspires the show, Bakugo is rescued by Shoto after he gets stabbed. Unfortunately, the damage is already done but his friends never give up on him. The wounds will keep him out of the battle but Bakugo is not going to die and will eventually be okay. In the case of Endeavor, the fans can expect to watch the Hero No. 1 fight more in the Paranormal Liberation War Arc as he is going to be fine too.