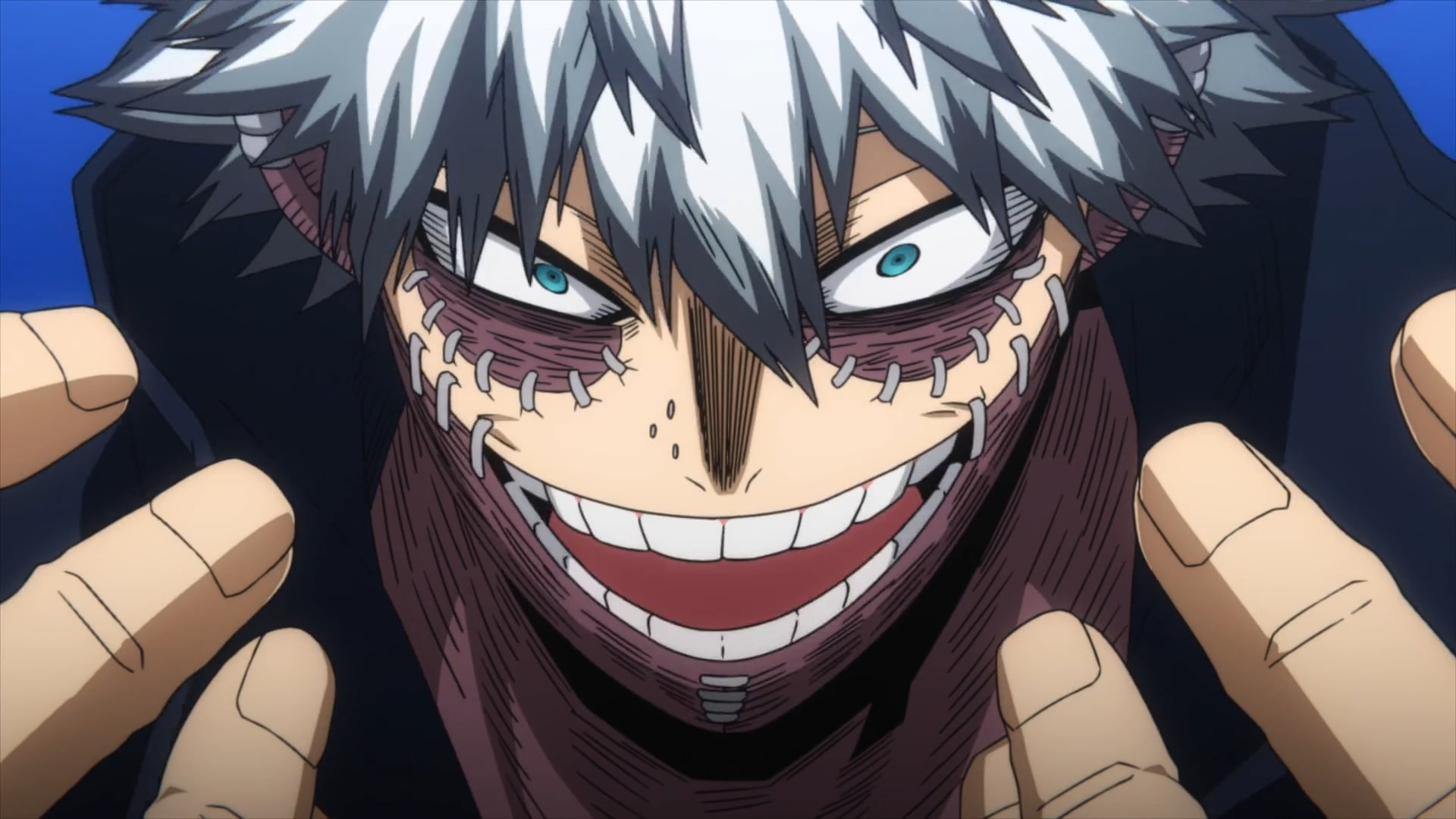 In the eleventh episode of ‘My Hero Academia’ season 6 titled ‘Dabi’s Dance,’ All for One continues to control Shigaraki who has too many injuries now and his body is on the verge of crumbling down. Luckily for him, Gigantomachia arrives in Jaku City just in the nick of time as the heroes are preparing to kill the villain. While Shigaraki recovers on Gigantomachia’s back, Dabi reveals his shocking origin story to Endeavor and the rest of the world. Here is everything you need to know about the ending of ‘My Hero Academia’ season 6 episode 11. SPOILERS AHEAD!

After returning to the real world, Deku begins to tumble toward the ground and is saved by Shoto who has already caught Endeavor and Bakugo. It turns out that despite their internal injuries, Bakugo and Endeavor are both very much alive. Shigaraki’s fall is halted by the rivets appearing out of his spine, but Nejire ensures that she breaks them too. 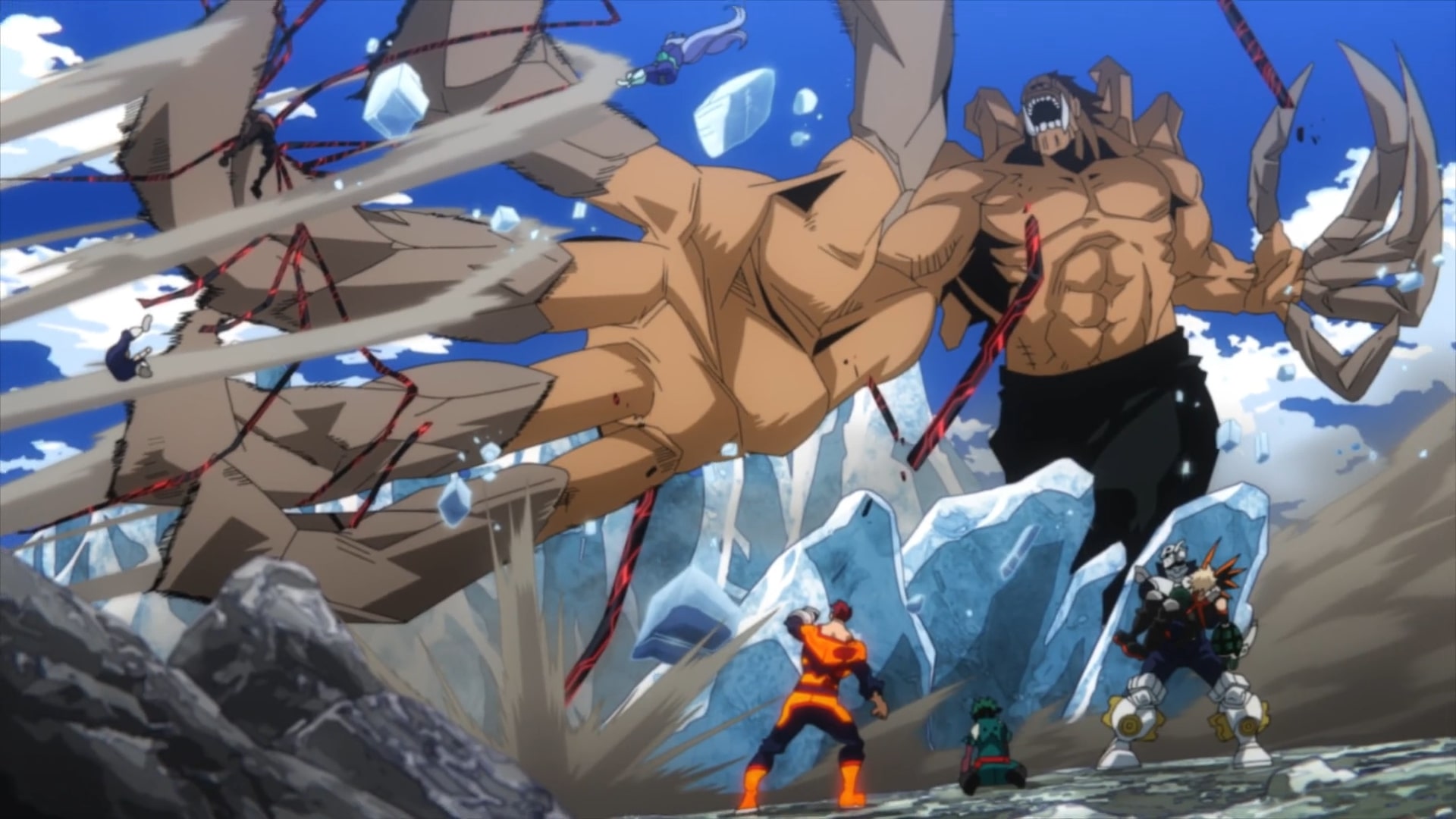 Igenium also arrives on the scene and the heroes prepare to finish the war as soon as possible by attacking Shigarki in his precarious state. Unfortunately, the moment before they could manage to do that, Gigantomachia shows up and stop the heroes from killing his master. Sometime earlier, Ocacho was cornered by grieving Toga, who wanted her to answer questions about Twice’s death.

Ocacho did not mince her words and told her that she would not hesitate in arresting her if she comes in the way of her rescue work when so many civilians are injured. The two had a brief scuffle but luckily for Ocacho, Froppy soon intervened and came to fight by her side. When Toga heard Gigatomachia running nearby, she used the distraction to leave, supposedly to join her friends who are preparing for the final showdown.

My Hero Academia Season 6 Episode 11 Ending: Who is Dabi’s Father? What is His Real Name?

While Shigaraki is recovering on Gigantomachia’s back, Dabi realizes that this is finally his moment to show the world who he really is. Skeptic has by this time managed to televise a pre-recorded video of Dabi to the rest of the world in which he confesses that he is actually Endeavor’s son, Toya Todoroki. He reveals that his father was power-hungry and desperately wanted to surpass All Might. In order to create children who were gifted enough to achieve his dreams, he married Rei Himura- even though he did not love her. 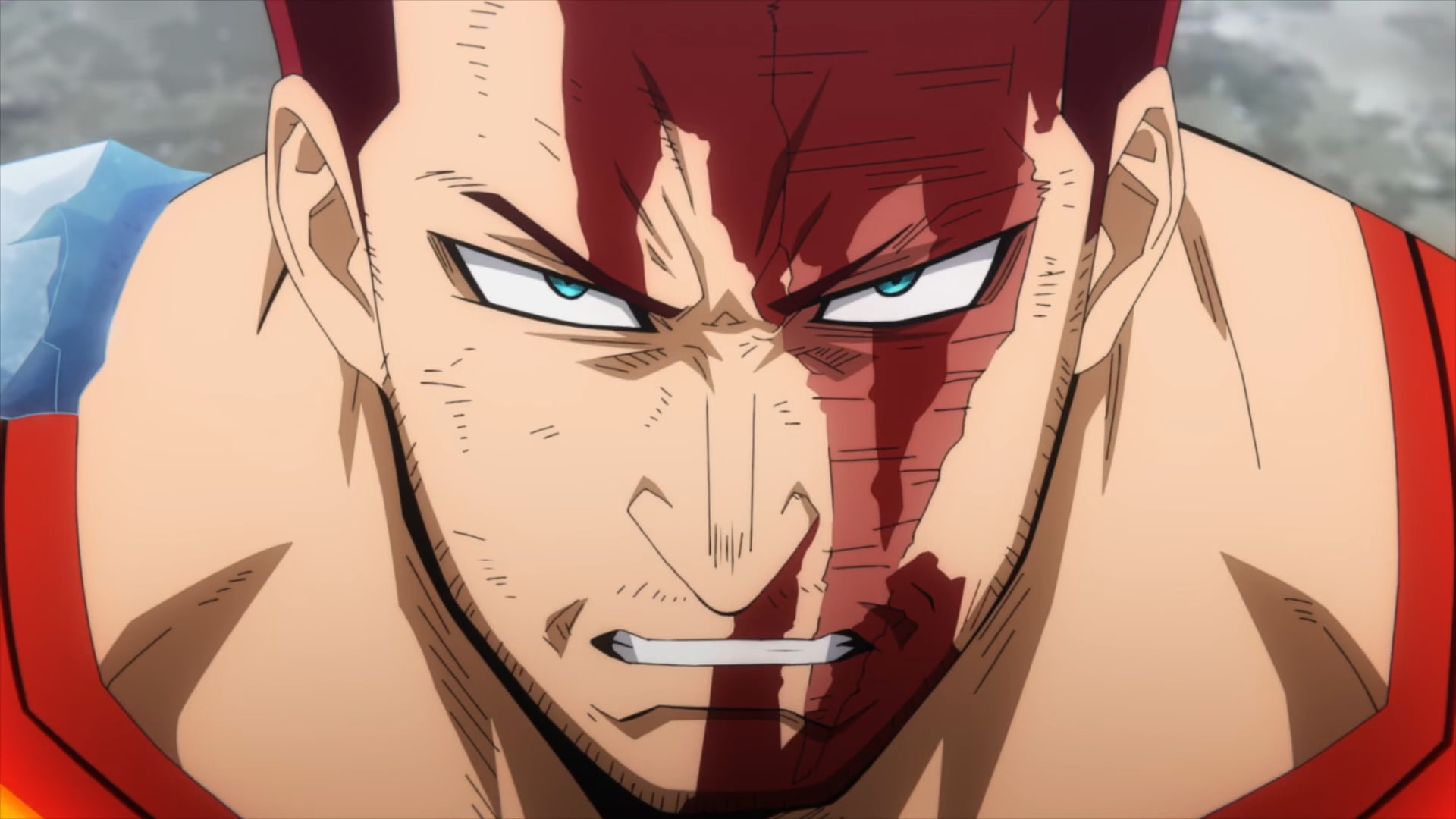 Endeavor expected that his offspring will eventually have both the fire and freezing quirk at their disposal which will naturally give them an advantage over their peers. Unfortunately, when Toya was born he only inherited Endeavor’s quirk and was not resistant to heat. However, his flame was stronger than his father, which made Hero No. 1 hopeful. When Fuyumi was born she got the freezing quirk but did not have the ability to manipulate fire. As it is obvious, Endeavor ended up having kids until Shoto was born who inherited both the quirks.

It turns out that Toya was believed to be dead after he got lost in a fire where the temperatures surpassed 2000 degrees Celcius. Only a jaw was found in the search and Endeavor was heartbroken by the incident. On the other hand, Toya not only survived but grew up to hate the hero society. While his pre-recorded video plays out to the whole world, Dabi’s maniacal laugh barely hides his murderous intent. As Endeavor is in a state of shock Dabi leaps forward to finally end the family feud.

Why Did Hawks Keep His Identity a Secret? Who Was His Father?

While revealing how heroes are not as good as they present themselves to be, Dabi also ends up talking briefly about the No. 2 Hero, Hawks. He broadcasts the photo of the moment when Hawks stabbed and killed Twice. Dabi argues that the heroes are hiding behind a facade that fools the public, but in some instances like shown in the photo they end up disclosing who they truly are. 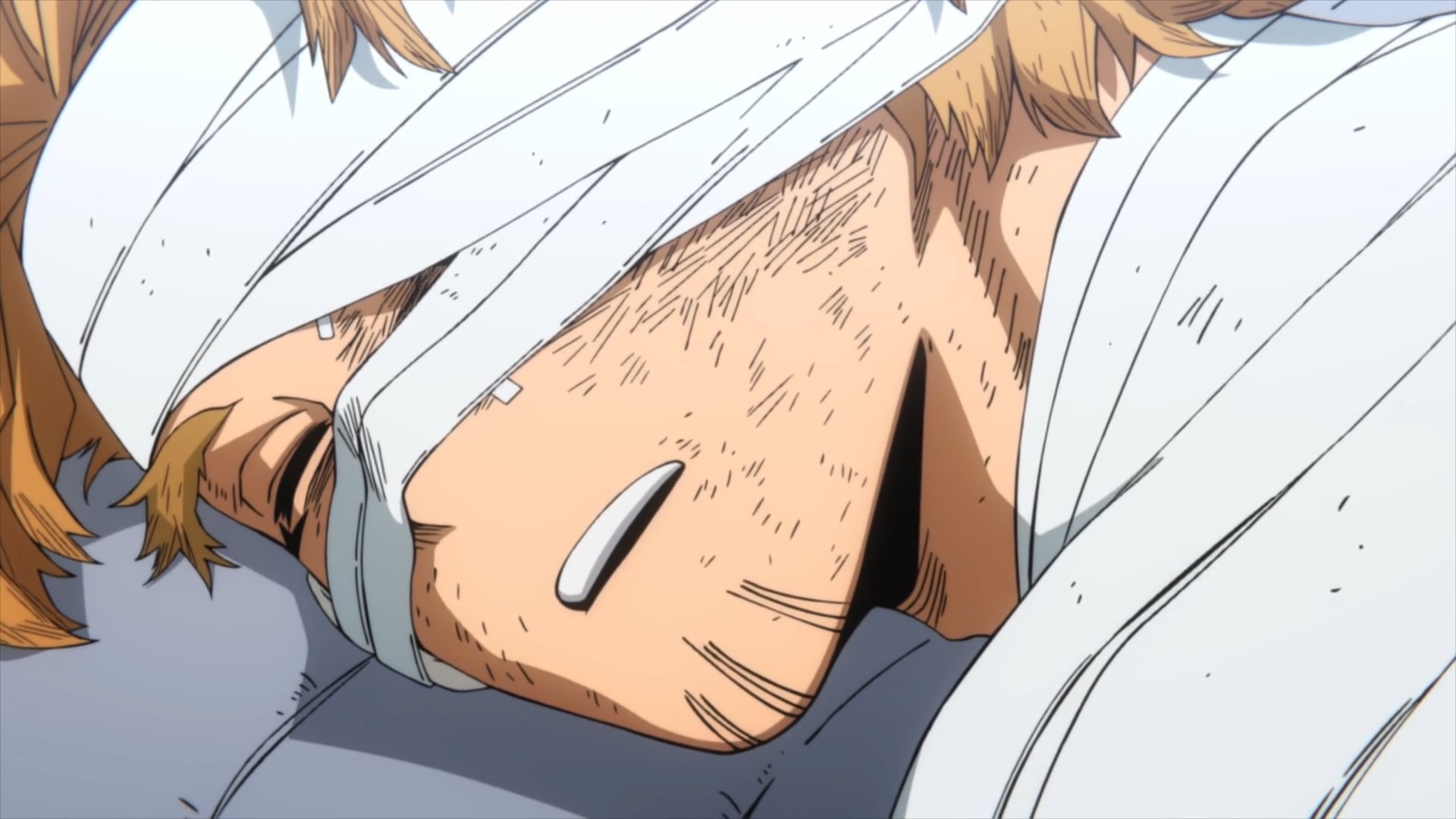 Dabi even tells the people that Hawks in an attempt to gain the trust of the villains killed his own friend Best Jeanist. According to him, this proved that Hero No. 2 also had a twisted murderous persona which he kept hidden from the rest of the world to gain their trust. He goes on to argue that this was also the reason why he never revealed that he was actually the son of a serial killer. Dabi tells the viewers that Hawks never wanted people to learn his true origins and also the fact that he was not really much different from his father.

But Best Jeanist is actually not dead and he shows up in Jaku City as Dabi is about to attack Endeavor. However, the words of Dabi have certainly shaken up the public trust to some degree and the photo of Hawks murdering Twice naturally makes the heroes look even worse. It remains to be seen how the heroes are going to fight the villains, all the while trying to regain the trust that has been lost following Dabi’s revelations.